THE “Central Park Karen” victim has accepted Amy Cooper’s apology for threatening to call the cops on him.

Christian Cooper, the black man who recorded a confrontation with a white woman in New York’s Central Park, said he accepted her apology but added the incident was part of a deeper racism problem in the US. 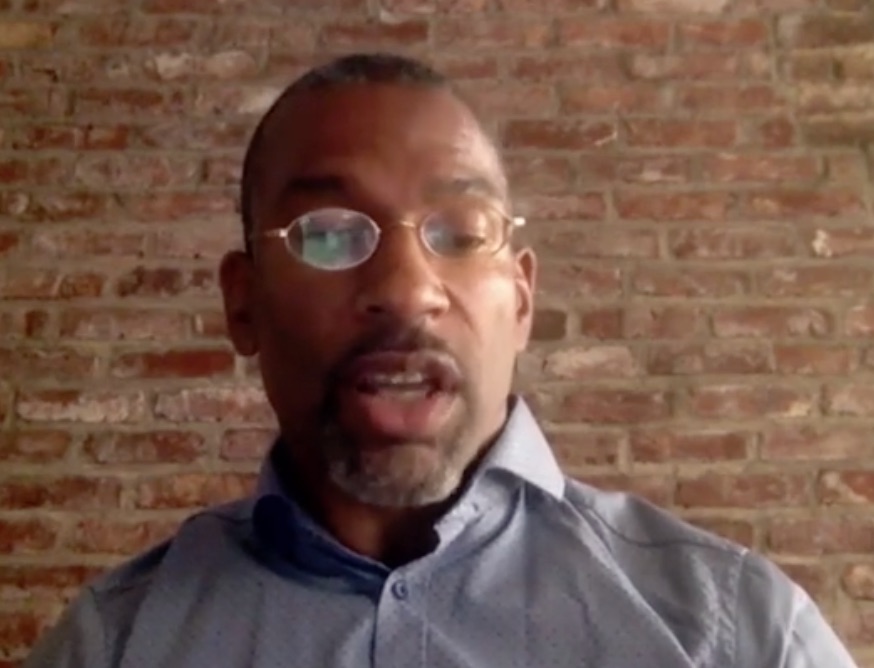 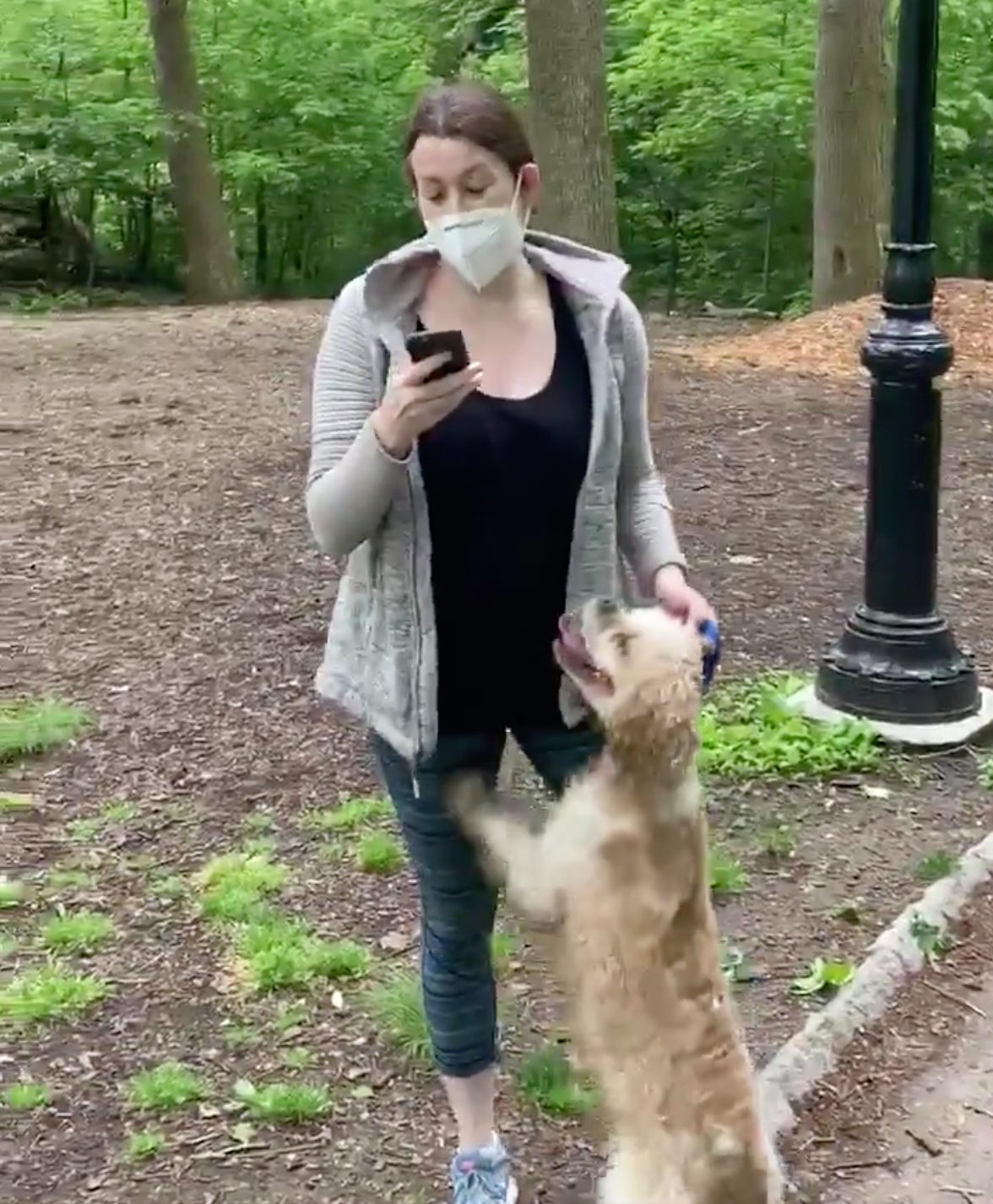 Cooper was out on Memorial Day bird watching in an area of the Manhattan park called the Ramble, which is home to “delicate” plants and wildlife, when he spotted Amy Cooper walking her dog off-leash.

He asked her to leash her dog after he offered it treats in an attempt to lure it out of a plant bed.

He told The View on Thursday: “It’s posted all over the Ramble – dogs are supposed to be on a leash at all times – but unfortunately, we’ve had a problem with this for many, many years.

“A lot of us have been recording these incidents,” he said, noting that the recordings could be used as evidence for why the rule must be enforced.

The footage, which has since gone viral, show the confrontation heating up quickly as Amy Cooper threatens to call the police on Mr Cooper and adds she is going to tell them: "There's an African American man threatening my life."

Mr Cooper, a Harvard graduated and biomedical editor for Health Science Communications, added: “At that point I was faced with a decision.

"Do I capitulate to that attempt to use race to leverage what she wanted, or do I sort of stick [to] my guns and keep recording? I really kinda decided consciously, I'm not going to participate in my own dehumanization.”

His sister Melody Cooper then posted the video onto social media which sparked outrage across the country.

I really kinda decided consciously, I'm not going to participate in my own dehumanization

Melody told The View: “When I saw my brother’s video, it was personal.

“I just imagined what happened to Mike Brown or George Floyd happening to him, and I wanted to make sure no other black person would have to go through that kind of weaponization of racism from her.”

“If the cops showed up, they wouldn’t have seen his resume or known his job,” Melody Cooper said. “This kind of racism can kill people. It could’ve killed my brother.”

Ms Cooper, who has since lost her job with investment firm Franklin Templeton, has issued an apology which said in part: “I hope that a few mortifying seconds in a lifetime of 40 years will not define me in his eyes and that he will accept my sincere apology.”

It’s not really about her and her poor judgement in a snap second. It’s about the underlying current of racism and racial perceptions that’s been going on for centuries

“I do accept her apology,” Mr Cooper said. “I think it’s a first step. I think she’s gotta do some reflection on what happened because up until the moment when she made that statement … it was just a conflict between a birder and a dog walker, and then she took it to a very dark place. I think she’s gotta sort of examine why and how that happened.”

But he added the incident was not really the issue but more about the “underlying current of racism”.

“It’s not really about her and her poor judgement in a snap second,” he said. “It’s about the underlying current of racism and racial perceptions that’s been going on for centuries and that permeates this city and this country that she tapped into.”

“That’s what we really have to address; not the specifics of her, but why are we still plagued with that and how do we fix it,” he added.

Mr Cooper also echoed previous calls to end what Amy Cooper has described as death threats against her.

“If you think that what she did was wrong, that she was trying to bring death by cop down on my head, then there is absolutely no way you can justify then turning around and putting a death threat on her head,” he said.

Cooper added that he’s “uncomfortable” with defining her by “a couple seconds … of very poor judgement.” 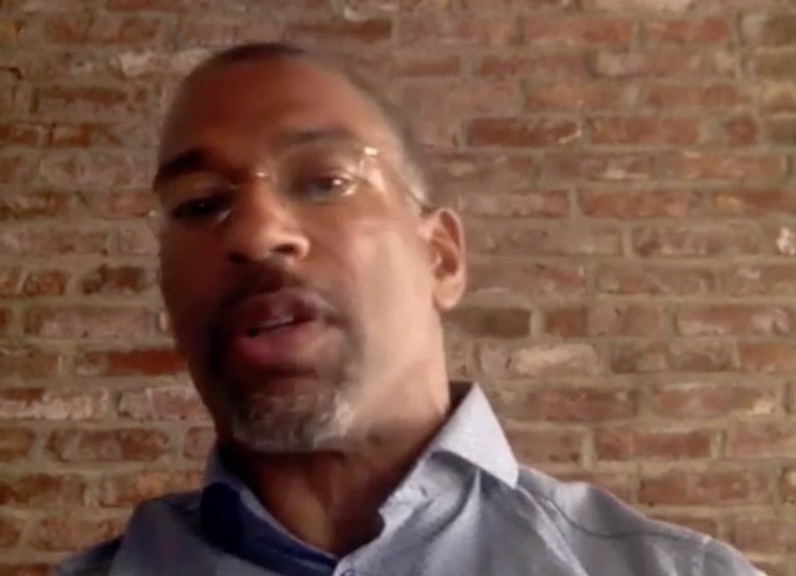 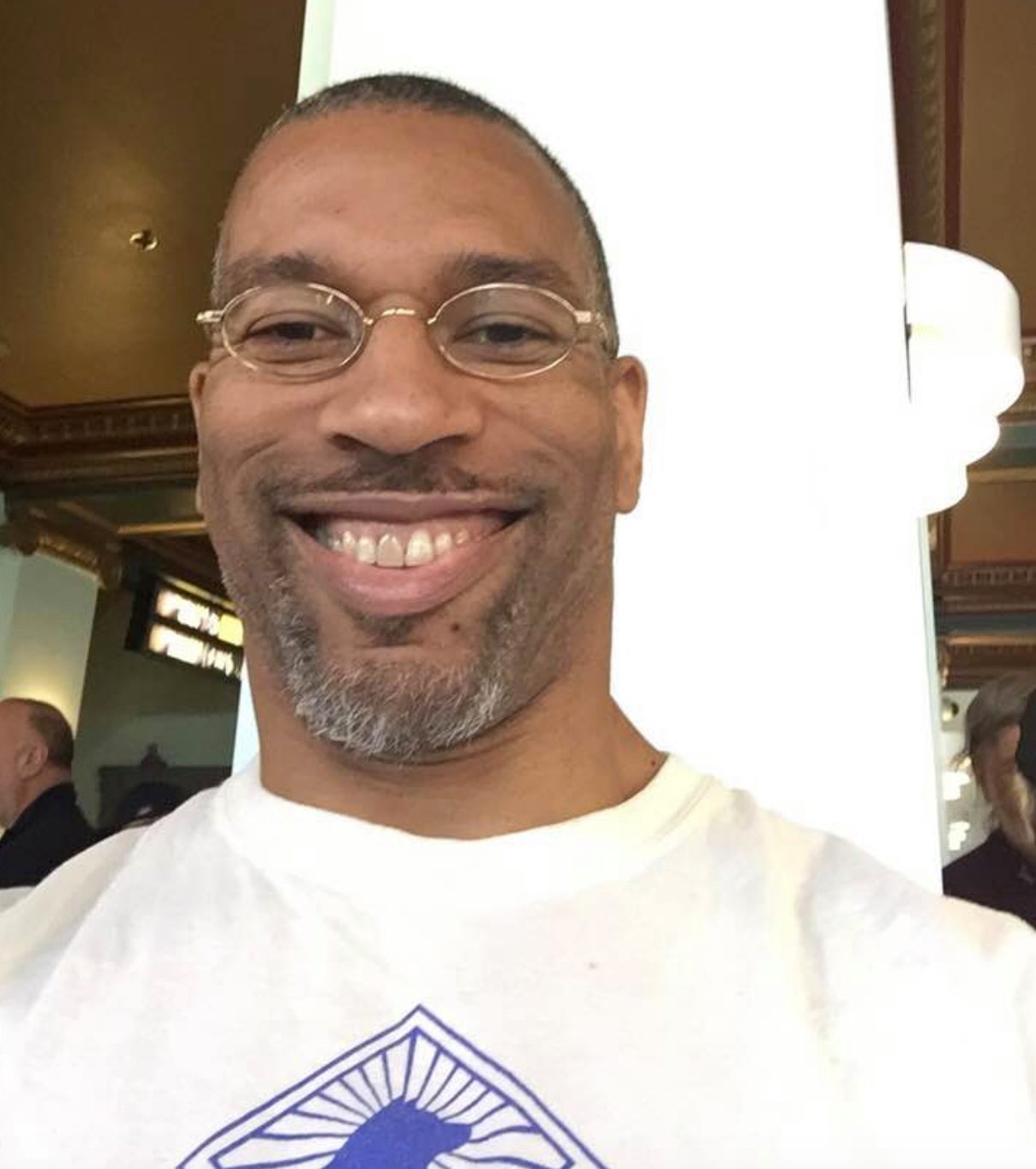 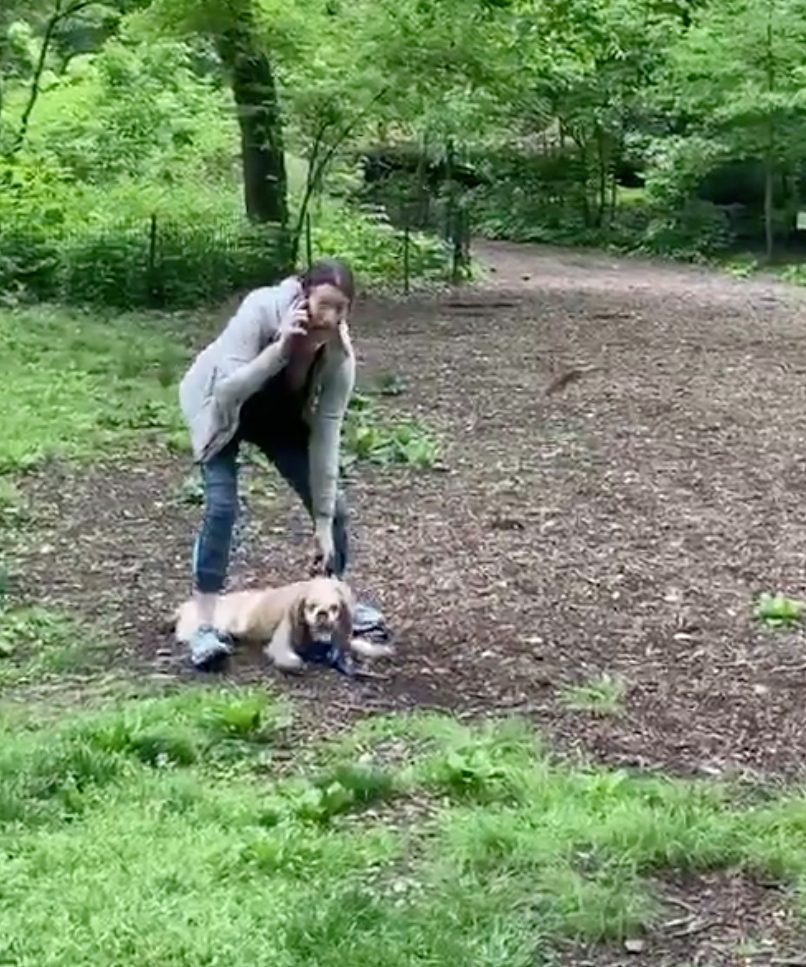 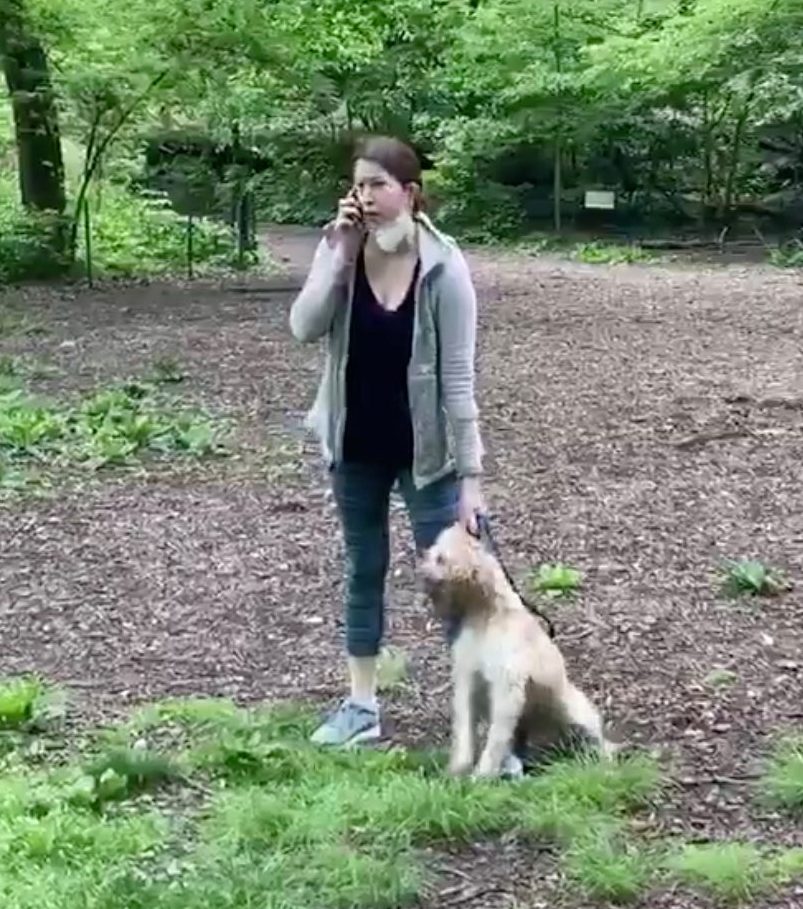 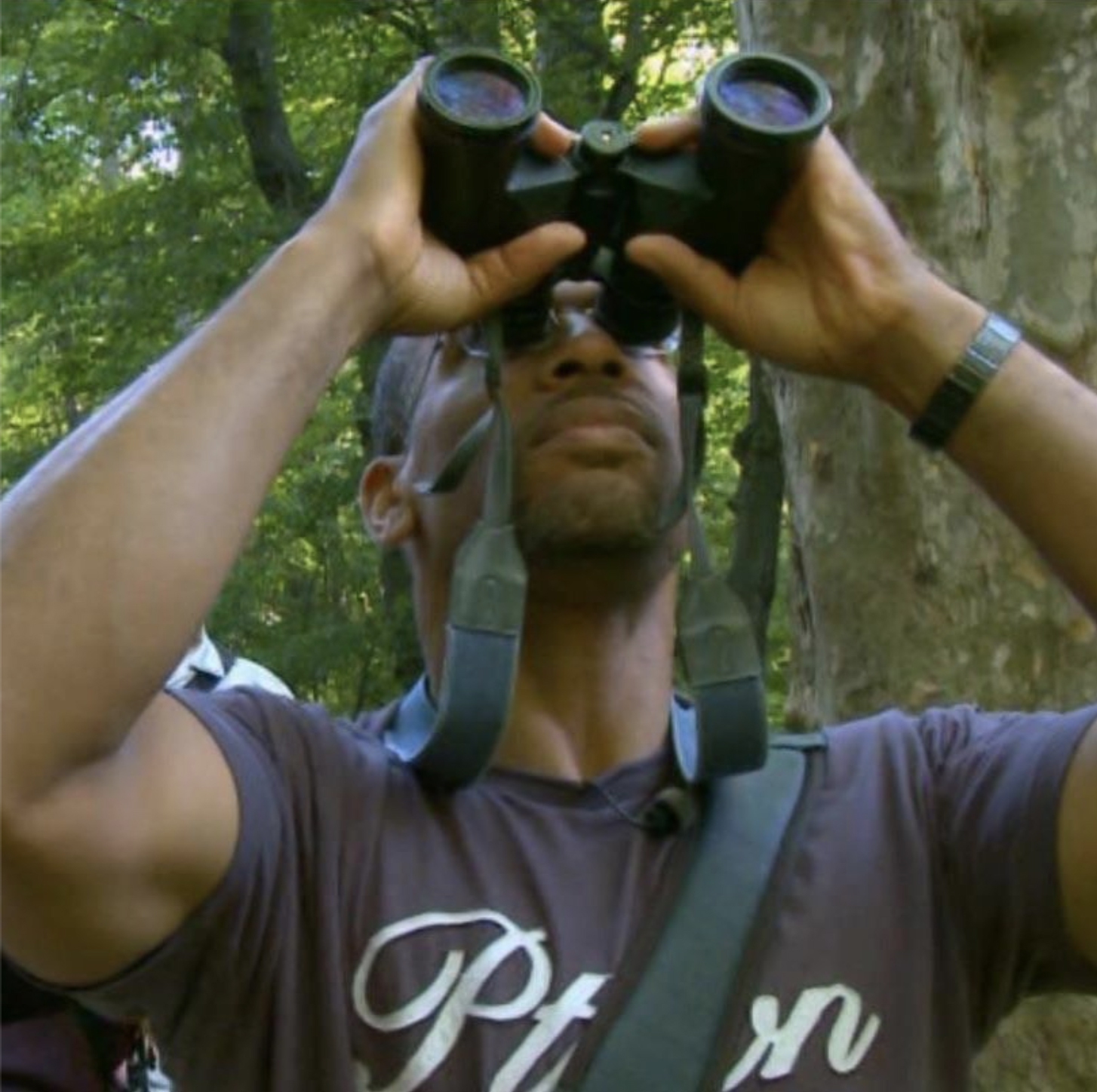 Related posts:
TalkTalk internet down leaving thousands of customers unable to work from home
Ex-Chelsea star Marcin Bulka wrecks £200k Lamborghini in horror crash while PSG goalkeeper is in lockdown in Poland – The Sun
Popular News
Royal insider reveals big change Camilla has made to her daily routine
13/07/2020
Man Utd wonderkid Ramon Calliste, called ‘the next Giggs’, now owns luxury watch business and makes £5m a year – The Sun
26/03/2020
Megan Thee Stallion Addresses Criticism Over Twerking: ‘I Love to Shake My A**’
26/03/2020
Police guard shops to stop coronavirus panic-buyers and enforce social distancing – The Sun
26/03/2020
Coronavirus: Good Morning Britain’s Dr Hilary reveals ‘game-changing’ self-testing kit
26/03/2020
Recent Posts
This website uses cookies to improve your user experience and to provide you with advertisements that are relevant to your interests. By continuing to browse the site you are agreeing to our use of cookies.Ok