Can you spot the snow leopard that's perfectly camouflaged in India?

Spot the snow leopard! ‘Ghost cat’ is perfectly camouflaged in the Indian wilderness – so can YOU find it?

An Australian photographer trying to track a snow leopard through the Indian wilderness has proved just how good the animals are at camouflaging themselves in these amazing photographs.

Bobby-Jo Vial, 37, from Dubbo, west of Sydney, spent three days trying to follow an old male snow leopard through the mountains of Kibber National Park, India, but routinely lost sight of him because of how well he blended in.

Snow leopards are listed as ‘vulnerable’ because there are thought to be just 6,000 left in the wild – with only 30 remaining in this part of India, meaning that seeing one of them is an extremely rare event. 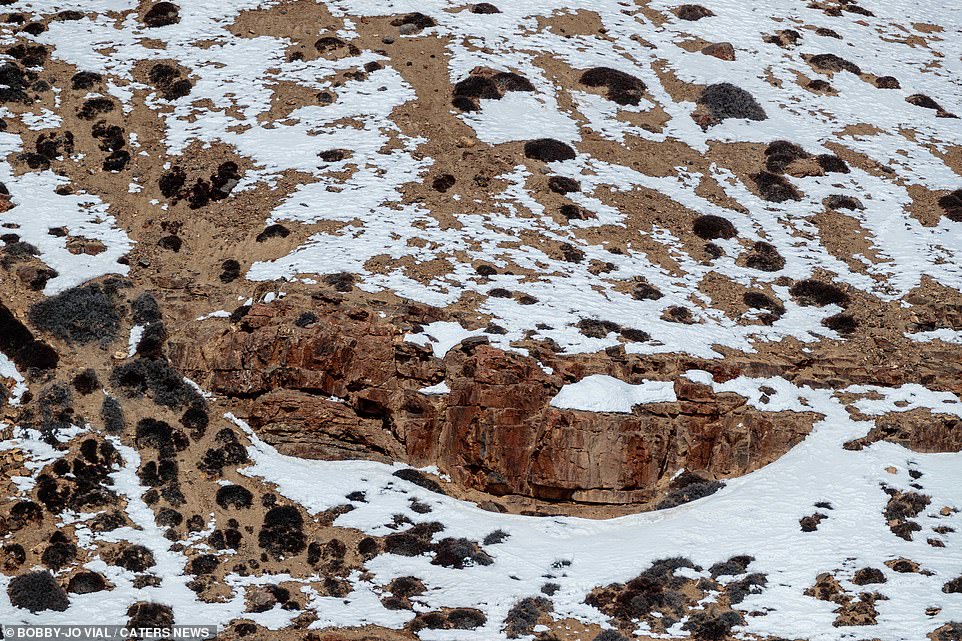 Bobby-Jo Vial, 37, from Dubbo, Australia, spent three days attempting to follow an elderly male snow leopard through the wilderness of India’s Kibber National Park – but kept loosing sight of him. Can you spot the cat in this photo? 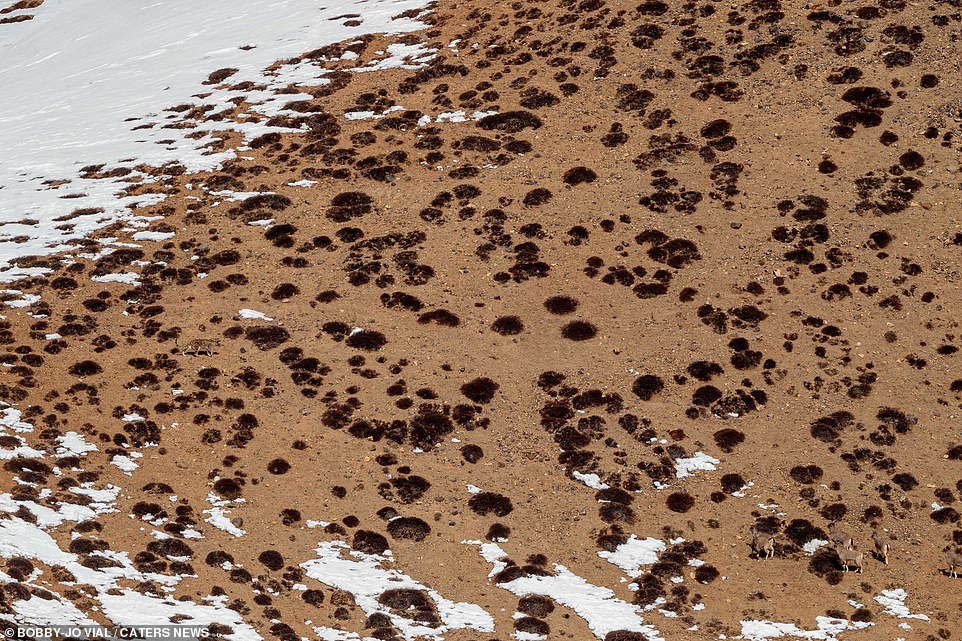 Despite the leopard’s name, Vial said that he stood out well against the snow but kept vanishing when he walked over dry, arid ground thanks to his dark coat and spots which break up his outline 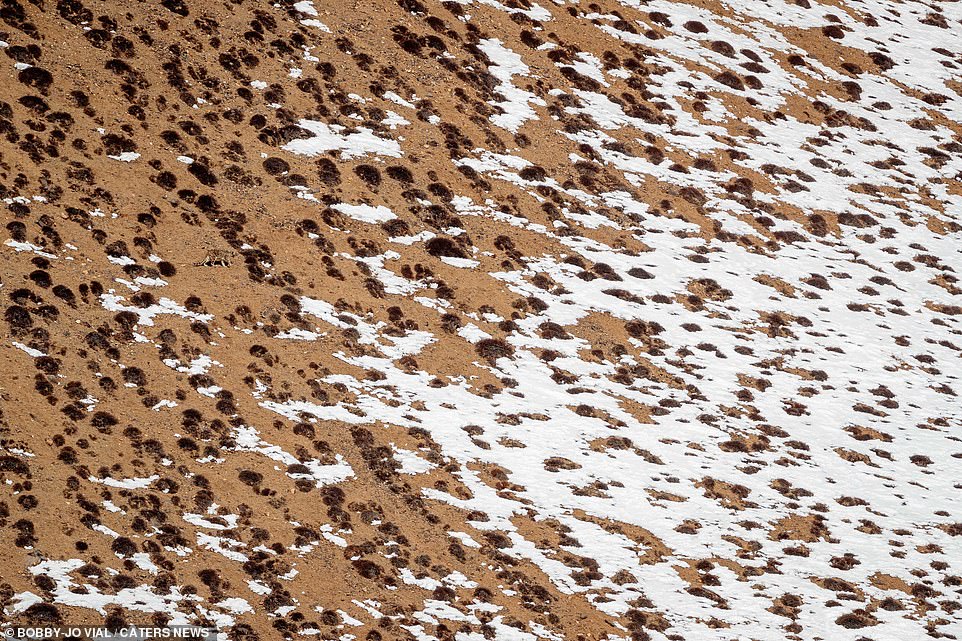 There are thought to be just 6,000 snow leopards left in the world and only 30 in this part of India, meaning that seeing one is an especially rare event 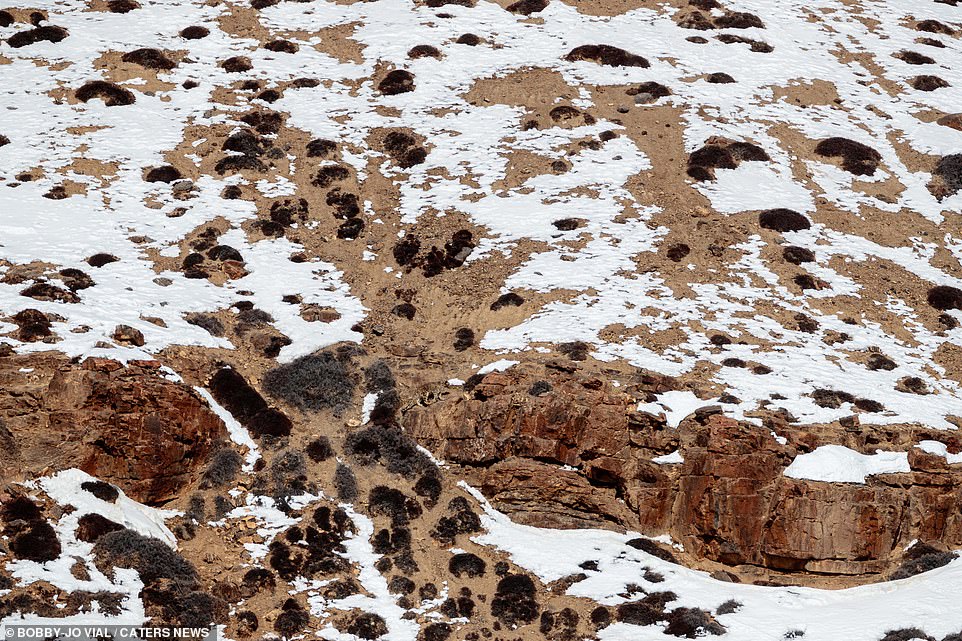 Snow leopards are ambush predators, using their camouflage to sneak up on their prey before pouncing – using their sharp claws and teeth to drag them down and kill them 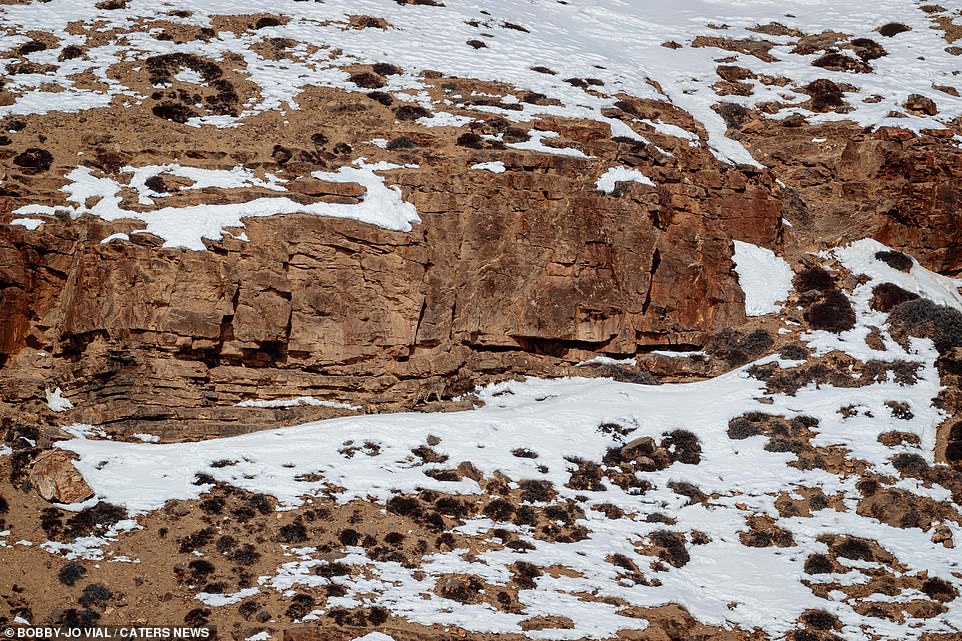 Vial spent three days following this elderly male during February, but heard that he had slipped and fallen to his death while chasing an Ibex – a kind of deer – down a cliff face shortly afterwards 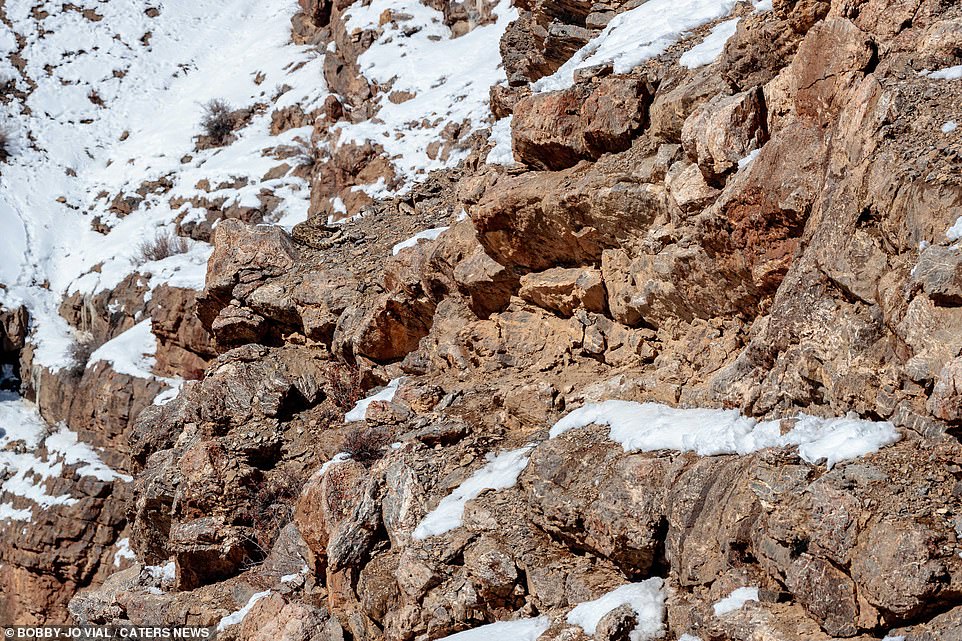 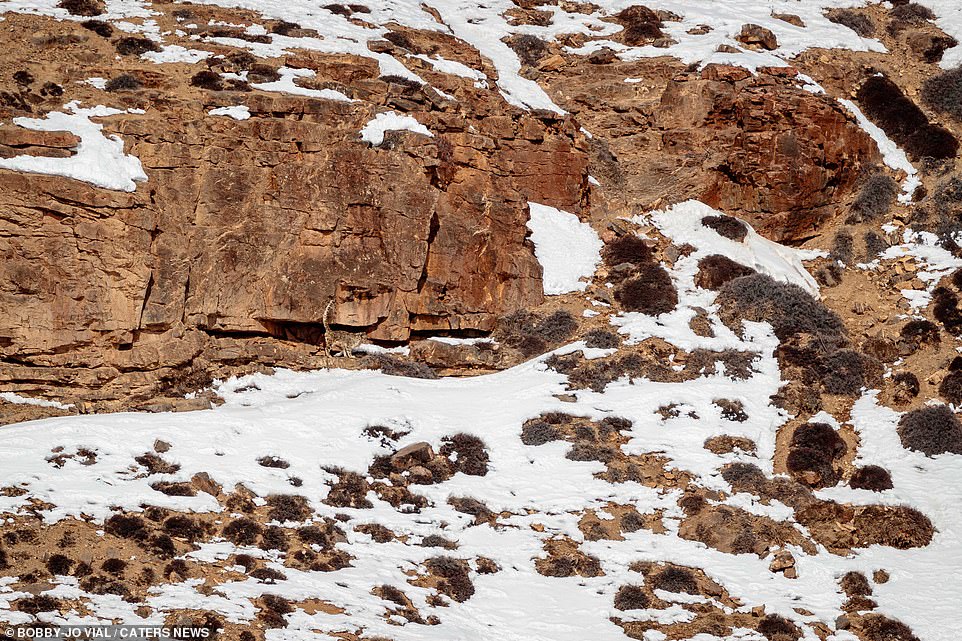 ‘He was really obvious when walking against the snow but as soon as he moved in front of rocks he would completely disappear! It was amazing and also frustrating,’ Vial said. 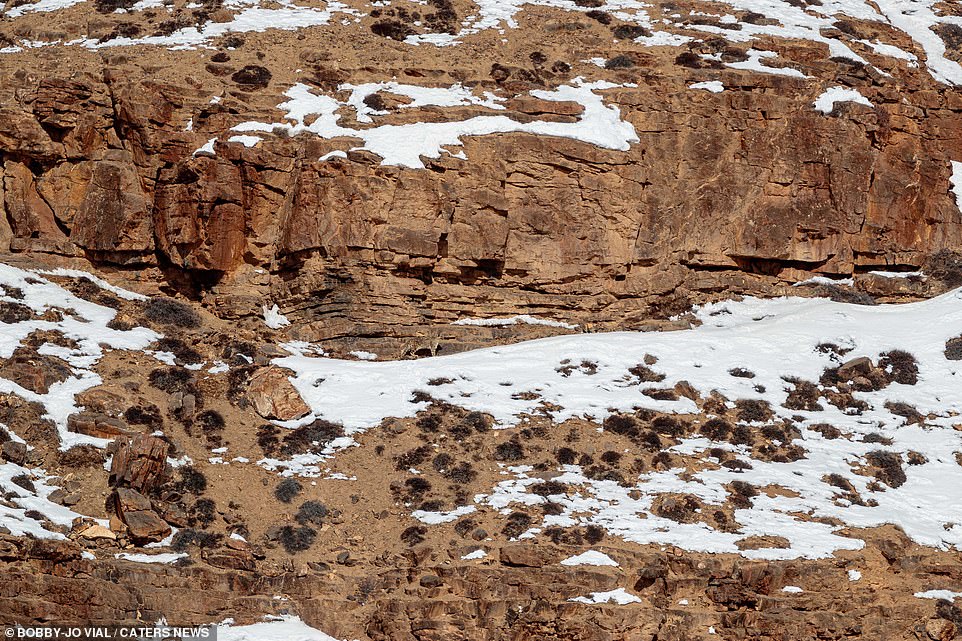 Snow leopards are listed as ‘vulnerable’ by conservationists because habitat loss, climate change and hunting by humans means their population has fallen rapidly in the past few decades

Bobby-Jo, co-director of Duma Safaris, said: ‘The snow Leopard is the holy grail of wildlife photography and I have always dreamed of seeing one in the wild.

‘I also used to care for snow leopards in my early zoo-keeping career. They are a spectacular big cat and have quite the reputation of being incredibly elusive to observe in the wild.

‘We were incredibly fortunate to spend three days with a very old male snow leopard. His camouflage really surprised me.

‘He was really obvious when walking against the snow but as soon as he moved in front of rocks he would completely disappear! It was amazing and also frustrating.

‘A few days after we left Kibber we received news that the old male snow leopard had fallen to his death chasing an Ibex down the side of the gorge. 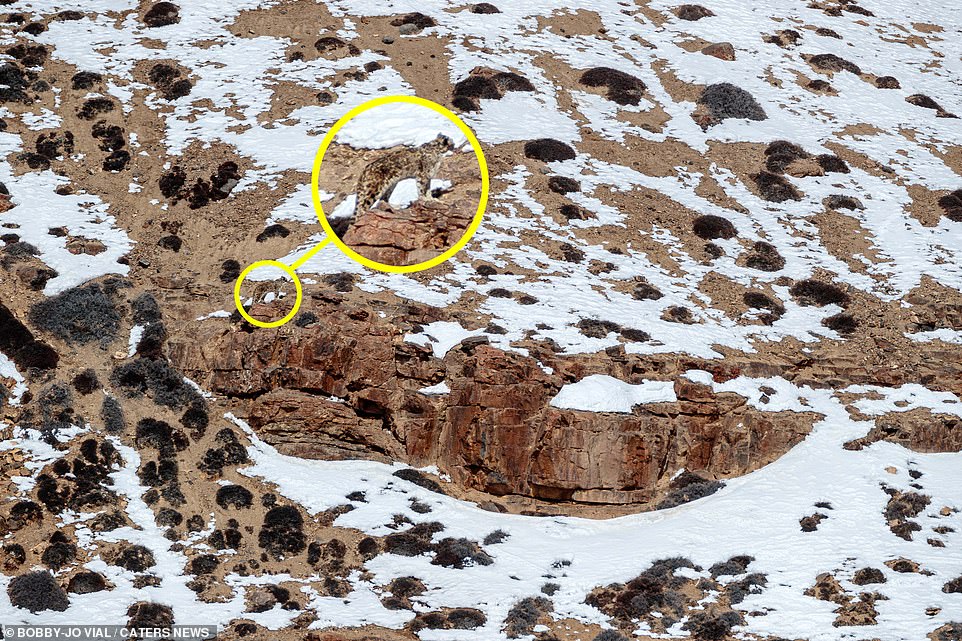 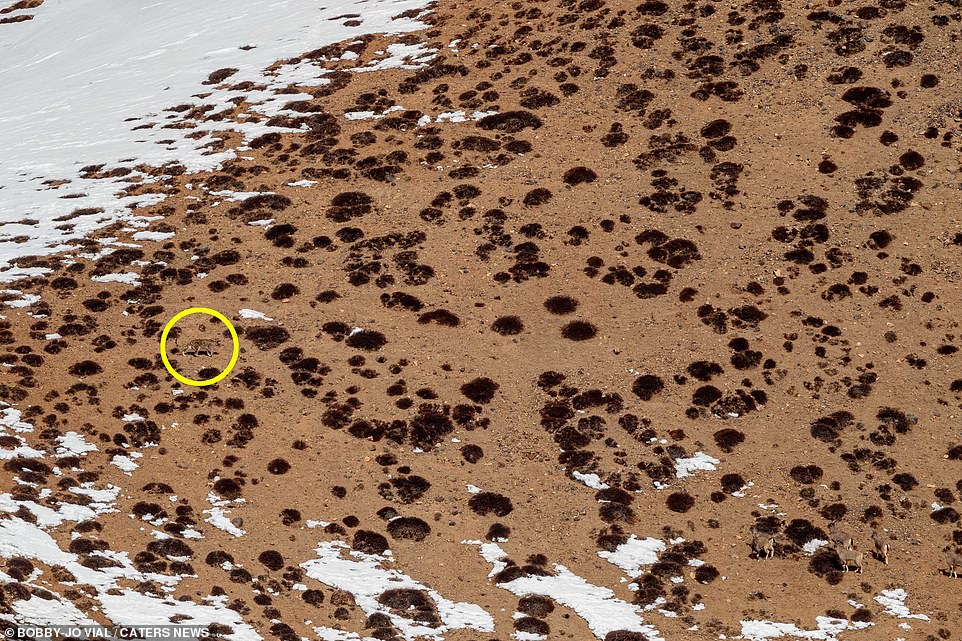 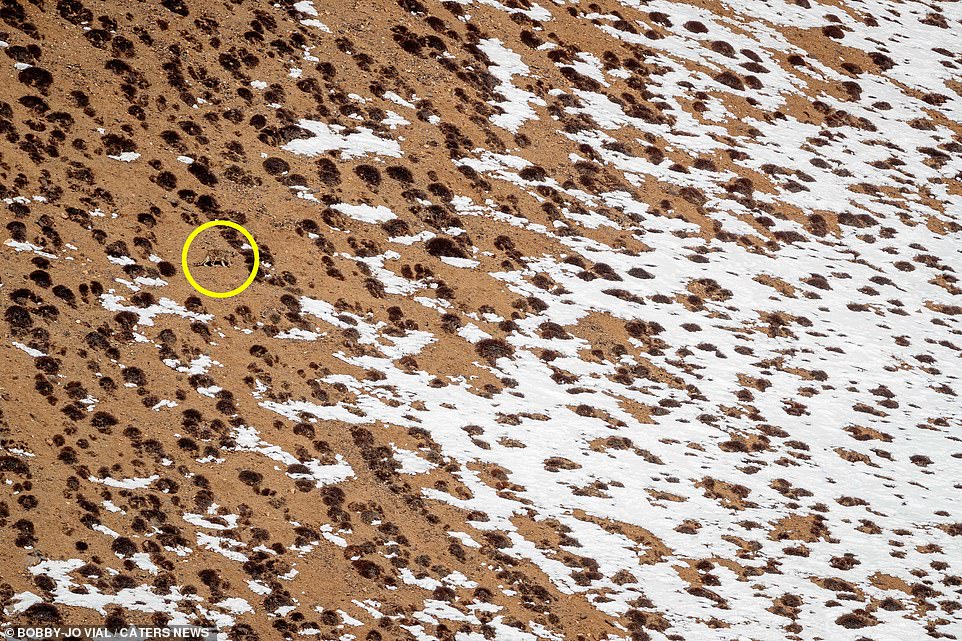 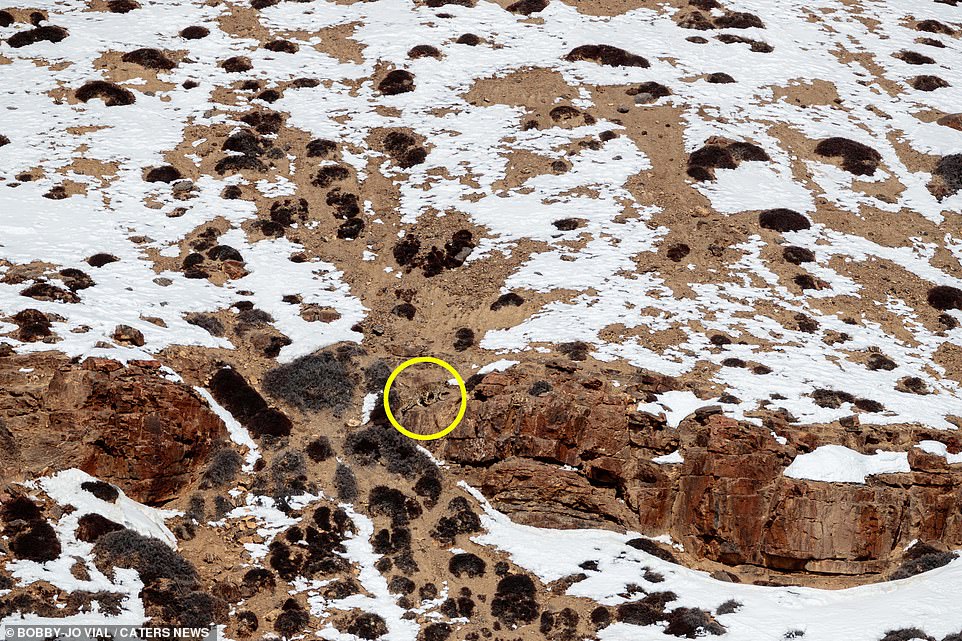 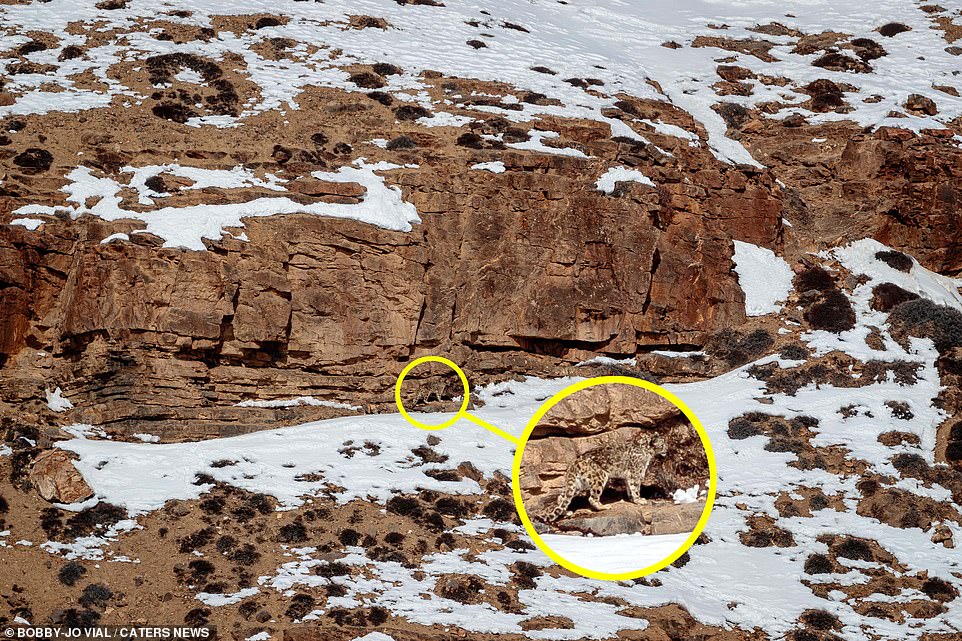 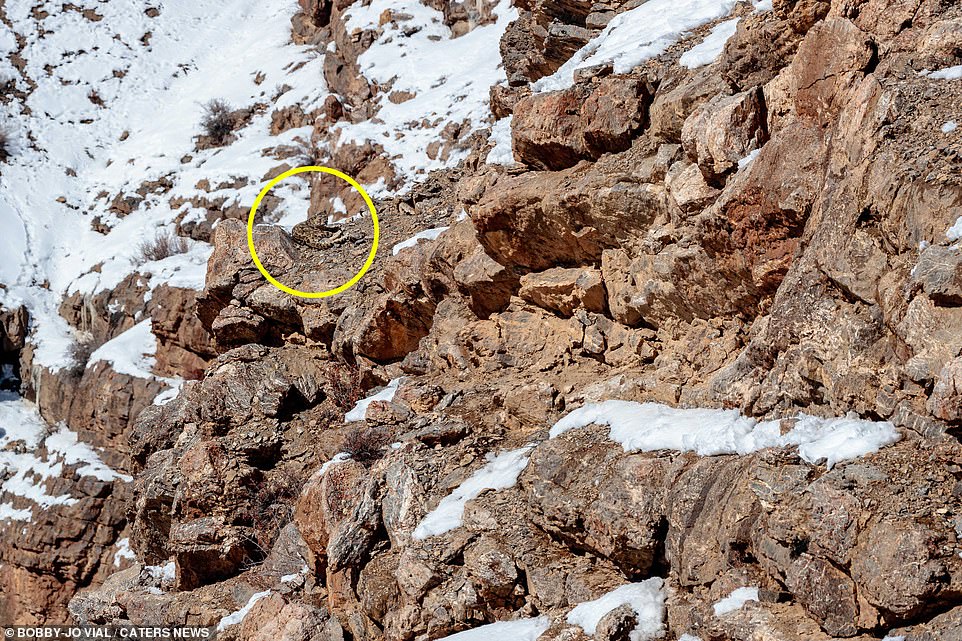 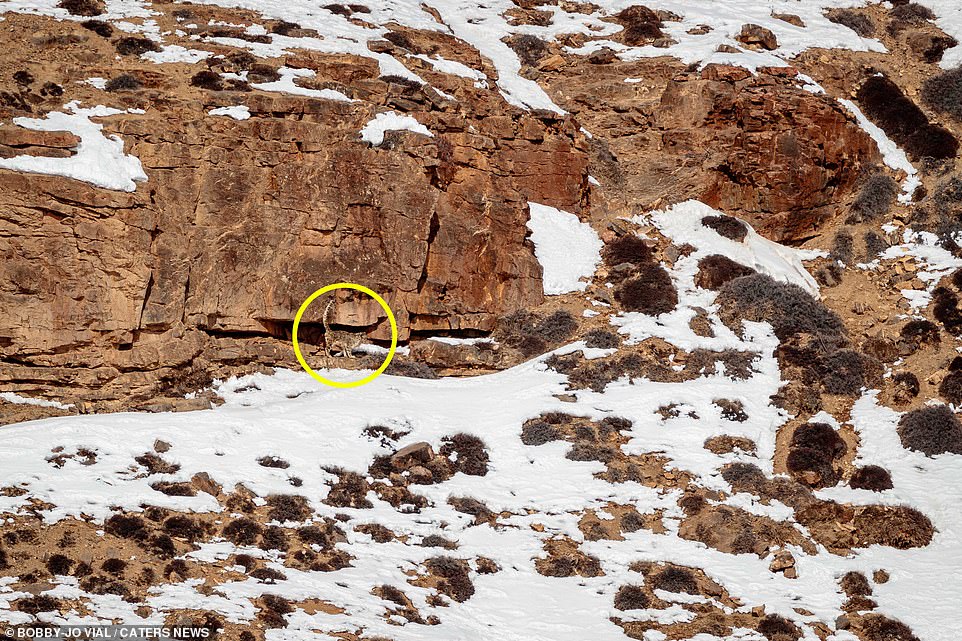 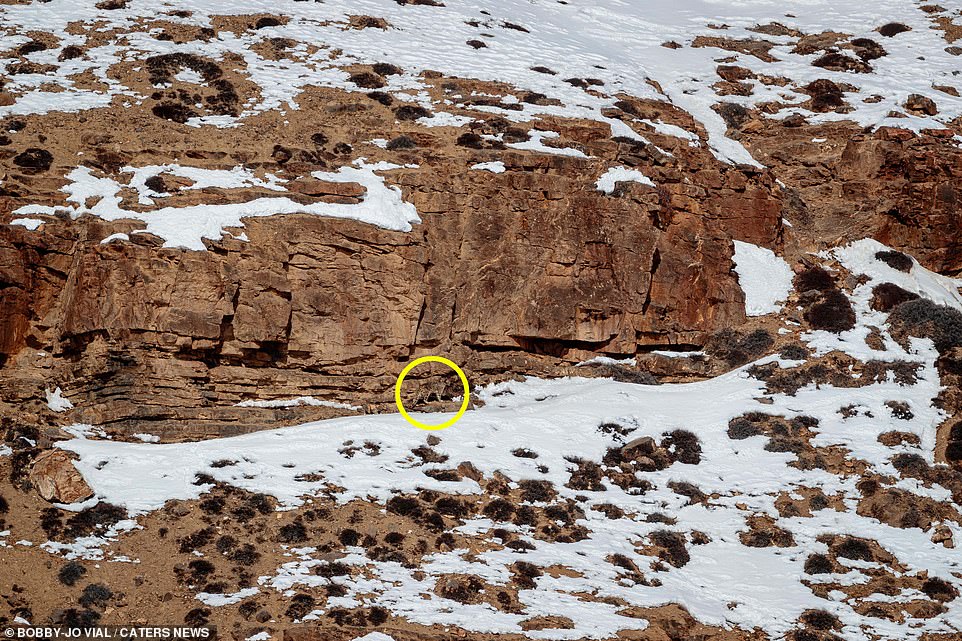