Home » World News » Bunnings is an Australian religion, and Brunswick deserves a church

Bunnings is an Australian religion, and Brunswick deserves a church

As a Brunswick resident, I’m well aware that this column may result in my exile from the inner north. It’s likely I’ll be banished across the Yarra and told to build a new life in St Kilda, or even worse – Prahran. But sometimes the truth, no matter the consequences, needs to be spoken: the proposal for a new Bunnings warehouse in the so-called “hipster” suburb – successfully scuttled by local residents – did not herald the end of the world. Far from it.

Resident action groups in progressive-leaning, inner-city suburbs getting fired up about over-development and traffic congestion are hardly a unique phenomenon. But considering this particular plucky band of concerned locals actually managed to successfully spike a proposed two-storey Bunnings backed by multibillion-dollar corporation Wesfarmers, it’s more remarkable than most. So, is this case of David beating Goliath? Nimby-ism gone mad? Well, it’s a bit of both. 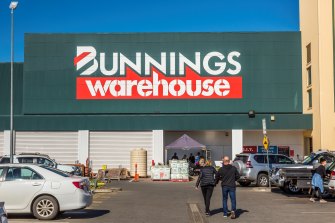 A new Bunnings in Brunswick would not have been the end of the world.

First, let me declare an interest: Bunnings saved my life during Melbourne’s long lockdowns. There’s only so many times you can rewatch The Sopranos before going mad, and by the time lockdown No.3 rolled around, my share house was going stir crazy. So, we decided to embark on a series of home-improvement projects.

As a renter, the possibilities for renovations are limited, but we did seize the opportunity to replot our garden, trim some overgrown trees, repaint the fence (or at least buy the paint with the goal of repainting the fence) and patch up the cracks in the old Fitzroy terrace we lived in at the time. The Collingwood Bunnings warehouse, a 10-minute walk away, was a godsend.

Wandering to the store to pick up supplies, potting soil or a new fiddle-leaf fig was one of the very few ways we could break the monotony of lockdown life. But Bunnings’ value to Australians was well established before the arrival of the pandemic. For many people, a weekend trip to Bunnings has replaced going to church as an activity that both nourishes the soul and fosters community. 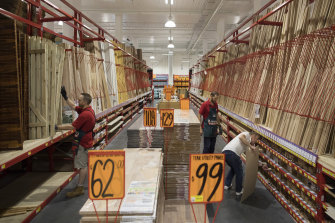 A weekend trip to Bunnings can nourish the soul and foster community.Credit:Bloomberg

I know a lot of people will baulk at this comparison. Bunnings is part of a mega corporation worth billions! Its shelves are full of homogenised and mass-produced products!

The plan for a new Bunnings in Brunswick was first raised in 2020, and involved demolishing the Chamton building on Glenlyon Road and replacing it with a two-storey warehouse, rear-lane truck access and an underground car park.

Moreland Council received hundreds of objections from locals concerned about traffic, the loss of sunlight and the impact on other local retailers. The proposal was rejected by the council, and this week the planning tribunal also shot it down, following a concerted campaign organised by local residents.

Of course, I’m not seeking to defend the business practices of any conglomeration – especially Bunnings’ parent company, Wesfarmers, which has been accused of wage underpayments – but I find the hostility aimed at Bunnings from left-leaning, upper middle-class professionals bewildering.

In a country where property ownership is synonymous with status, where individual wealth is underpinned by owning multiple investment properties, and where a show about something as mundane as renovating is one of the most popular TV fixtures, how can anyone be shocked that weekly pilgrimages to a hardware retailer are one of our most common activities?

Bunnings isn’t just a shop for DIY fixer-uppers, though. It’s also a key part of the chain when it comes to the construction industry and trades. Which is why comments from opponents to the proposal claiming that Bunnings “belonged in an industrial area” are so grating. They belie any understanding of how many Australians live and work.

Traditionally, Brunswick has been an industrial suburb. Old warehouses are being converted into apartments almost every week, most of them hideous and poorly constructed. There’s nothing about a two-storey Bunnings that betrays the character or history of the area. That the current, smaller store on Sydney Road is regularly jam-packed suggests there’s plenty of locals who would appreciate a bigger store, particularly those of us who don’t drive and can’t easily access the bigger warehouses in other suburbs.

But many Brunswick locals are celebrating their win over Wesfarmers. That’s their prerogative, but it’s hard not to see their victory as a misguided attack on a class of Australians they don’t understand, and don’t want living in their suburb. Meanwhile, the traffic on Glenlyon Road remains congested. I guess we’ll keep driving to Collingwood for hardware mass.