Bullied girl’s mother went on angry rampage through school and attacked assistant head then told music teacher ‘who the f*** are you?’ after being ‘fobbed off’ over complaints

A mother whose daughter was being bullied went on an angry rampage through her school and assaulted the assistant head teacher, a court heard.

Charlene Wicks, 34, shouted and swore out loud as she stormed through Cranborne Middle School in Dorset during lessons while hunting for a teacher she wanted to speak to.

When assistant head Rebecca Cain blocked the entrance of a classroom the angry mother was looking for, Wicks assaulted her by pushing her out of the way. 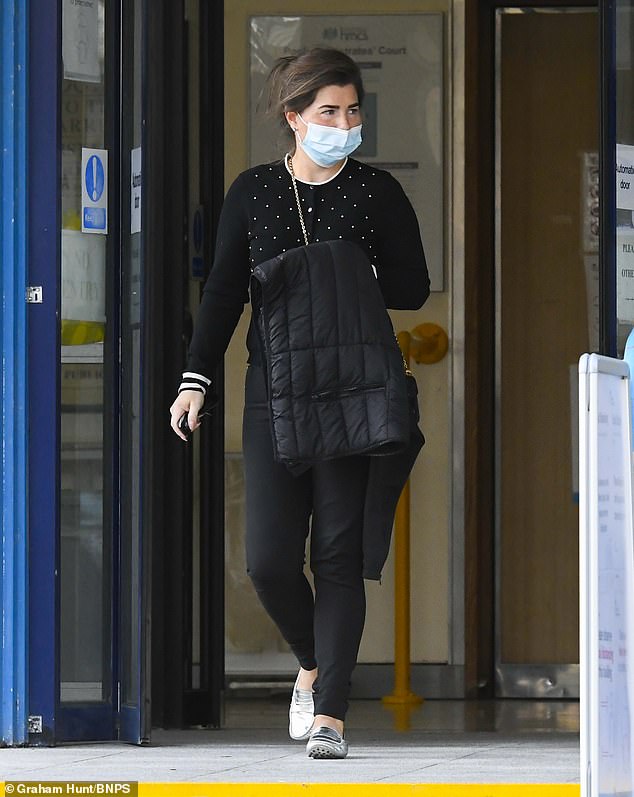 Charlene Wicks, 34, shouted and swore out loud as she stormed through Cranborne Middle School in Dorset during lessons while hunting for a teacher she wanted to speak to

She then remonstrated with music teacher Nicola Jennings in front of the pupils, shouting at her ‘who the f*** are you?’

Miss Jennings was left feeling scared for her own safety and had to be protected by two members of staff during the incident.

Miss Wicks left the middle school after the police had been called.

While Miss Cain was talking to police officers afterwards she broke down in tears and was physically shaking from the ordeal.

A court heard Wicks went to the school after being ‘fobbed off’ over complaints she made that her daughter was being persistently bullied by another pupil.

She wanted to speak ‘face-to-face’ with Miss Jennings over the matter.

Mr Oakley said: ‘The defendant attended the school with the intention of speaking to one of the teachers, Miss Jennings. 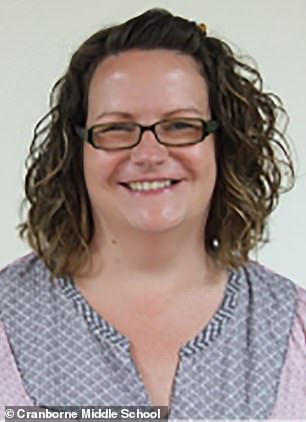 When assistant head Rebecca Cain (pic) blocked the entrance of a classroom the angry mother was looking for, Wicks assaulted her by pushing her out of the way

‘She entered the school premises despite being told not to and went looking for her. Other members of staff became involved trying to stop her.

‘As the defendant approached the music room she (Miss Cain) stood in front of the door trying to stop her from going in.

‘She assaulted her by pushing on her arms to try to get her out of the way.

‘She was very aggressive, shouting, and her body language was aggressive. Two members of staff physically had to put themselves between Miss Jennings and the defendant.

‘She followed Miss Jennings into the corridor swearing ‘I don’t f***ing care, who the f*** are you?’ and so on.’

Reading a statement from Miss Cain, Mr Oakley said: ‘When I went home it was still playing on my mind, I kept thinking about the fact this happened in front of children.

‘It has changed my view of my work place and how safe it is. The incident has badly dented my confidence.’

Reading a statement from Miss Jennings, he said: ‘I have always told our children school is a safe place to be. But Mrs Wicks has totally shattered my belief.

‘During the incident I was shocked. I remember feeling disorientated trying to get away from her.

‘I was scared for my safety, I was still shaking that evening when I got home.’

Mr Oakley added: ‘Clearly this incident had quite a severe impact on both witnesses.’

Wicks, a mother-of-three, was banned from the school for several weeks after the incident on November 29 last year. 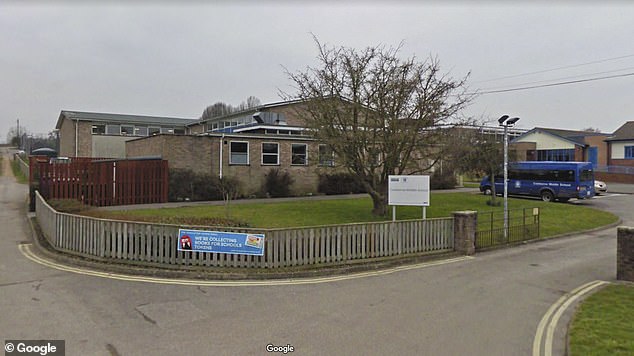 Terry Scanlan, defending, said his client was very apologetic for what she did and has since repaired her relationship with the school.

He said: ‘She seeks to apologise for her behaviour that day. She expresses her shame and her regret that any distress was caused by her actions.

‘At the time this incident happened her daughter had been the victim of persistent bullying.

‘A boy in her class was considered to be responsible for stealing small items such as dinner money or pencil cases, it eventually escalated to assault when she was pushed. This went on over many months.

‘While there was some discussion with the school there was no improvement with the situation. She felt it was not being treated seriously enough.

‘By the time this incident occurred her daughter was not eating, she was refusing to go to school and not sleeping.’

Mr Scanlan said the incident was ‘completely out of character’.

He added:  ‘She’s a respectable, settled housewife. She lives in a rural location, is mother to three children and her husband is a landscape gardener.’

Wicks pleaded guilty to assaulting Miss Cain and to a charge of using threatening, abusive or insulting words or behaviour to cause harassment, alarm or distress to Miss Jennings.

Magistrates in Poole decided to adjourn sentencing for reports. Wicks, from Wimborne, is due back in court in December.

Related posts:
JLo breaks down in tears on stage after her kids Max and Emme, 12, pay sweet tribute at the E! People's Choice Awards
Strictly Come Dancing in fix row as fans claim Max George was kicked off for swearing live on TV
Popular News
Martin Bashir ‘has Michael Jackson’s blood on his hands’ after documentary
05/12/2020
Man Utd wonderkid Ramon Calliste, called ‘the next Giggs’, now owns luxury watch business and makes £5m a year – The Sun
26/03/2020
Megan Thee Stallion Addresses Criticism Over Twerking: ‘I Love to Shake My A**’
26/03/2020
Police guard shops to stop coronavirus panic-buyers and enforce social distancing – The Sun
26/03/2020
Coronavirus: Good Morning Britain’s Dr Hilary reveals ‘game-changing’ self-testing kit
26/03/2020
Recent Posts
This website uses cookies to improve your user experience and to provide you with advertisements that are relevant to your interests. By continuing to browse the site you are agreeing to our use of cookies.Ok