Britons are bracing for yet another soaking as heavy showers are forecast to drench the UK before bright sunny weather returns and temperatures soar to the low 20Cs in time for the weekend.

Grey cloud cover will remain hovering over England and Wales today, warns the Met Office, with the chance of rain and drizzle at times leading to a risk of flooding and a generally muggy feel.

More rain is forecast for Friday, with up to 10 to 20mm falling in some areas, while others will see the return of the sun at points as it peeps through the clouds.

But summer weather will return by the weekend, with fine, dry weather forecast across parts of the UK, and the mercury surging to 25C in London and low 20Cs. 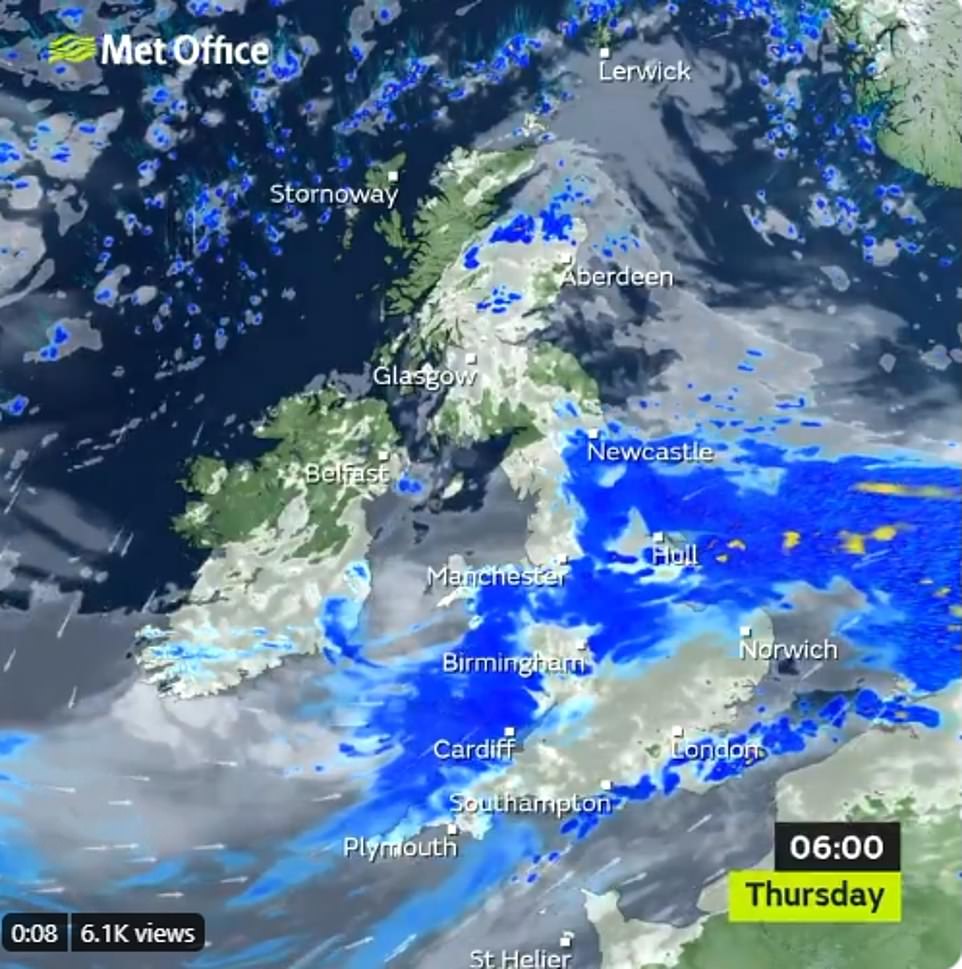 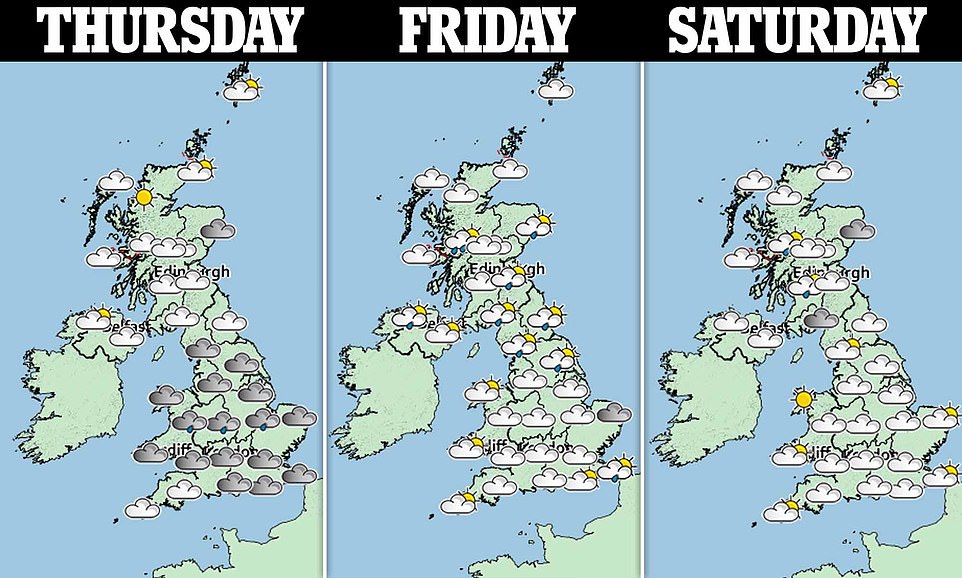 Meteorologist Aidan McGivern said cloud hovering over the UK today was the remnants of tropical storm Edouard, which has travelled up from Bermuda.

‘Tropical storm activity in the Atlantic often throws into doubt weather forecasts for this time of year,’ he said. ‘These small bundles of energy can throw the jet stream into a wobbly at relatively short notice.

‘And we’ve seen that happen this week. Tropical storm Edouard came along, interacted with the jet stream, and ended up pushing areas of low pressure towards England and Wales.

‘And on Thursday Edouard, or at least the remnants of Edouard, are sitting across England and Wales.

‘Not a tropical storm of course, more an area of humidity. A lot of low cloud, bits of fog, pieces of generally light rain and drizzle and a humid feel for England and Wales.’

He added: ‘By Friday Edouard’s remnants are out of the way. Brighter skies for many with sunny spells but also some slow-moving heavy showers and even thunderstorms.’ 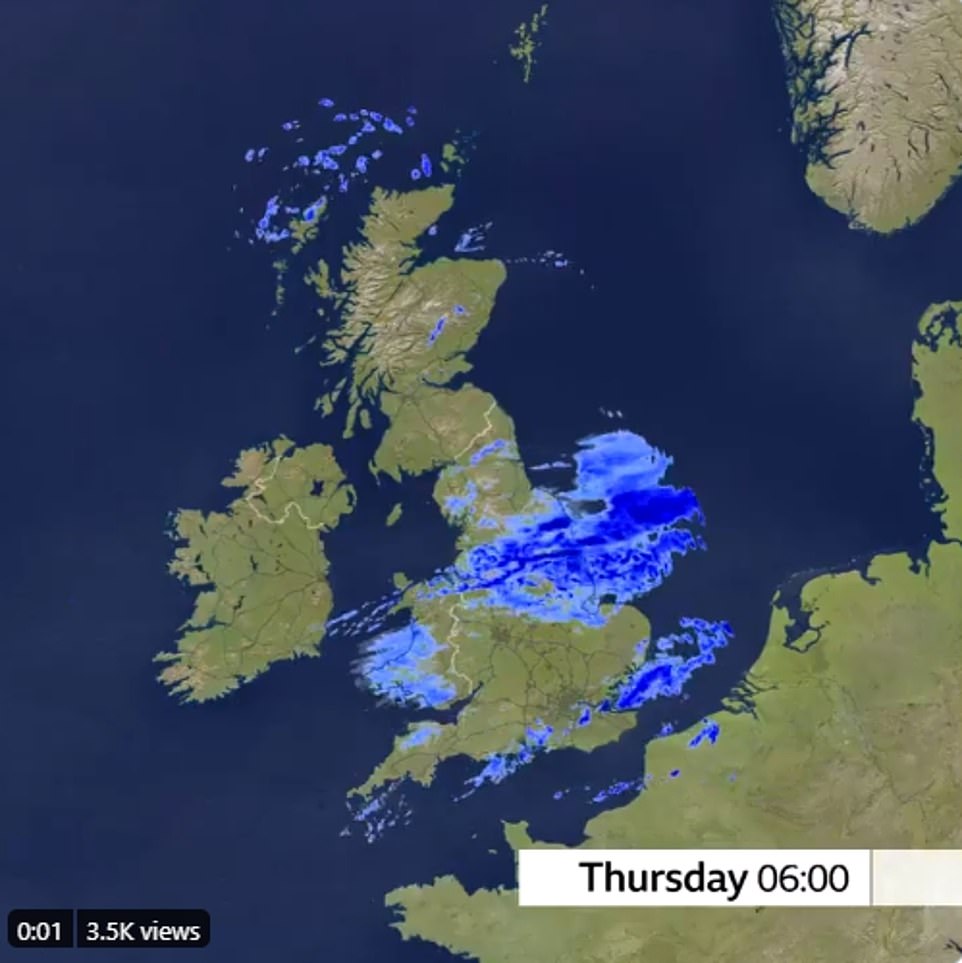 Scotland and Northern Ireland will see sunny spells today. Meteorologists said cloud cover is due to a tropical storm

He continued: ‘Saturday is expected to be dry with sunny spells for the vast majority. Just a few showers for the North of Scotland.

‘Fast-forward to Sunday and it’s a bit warmer again in the south-east but feeling cooler in the North as cloud builds during the day. And for western Scotland and Northern Ireland it turns wet.’

The Met Office tweeted this morning: ‘A grey and cloudy start (in England and Wales) with outbreaks of rain and drizzle.

‘(But) the sun will be shining across Northern Ireland and parts of Scotland on Thursday morning.’