Home » World News » Britney Spears will not perform again while her father is in charge of her life and career, her lawyer told a Los Angeles Judge

Britney Spears will not perform again while her father is in charge of her life and career, her lawyer told a Los Angeles Judge 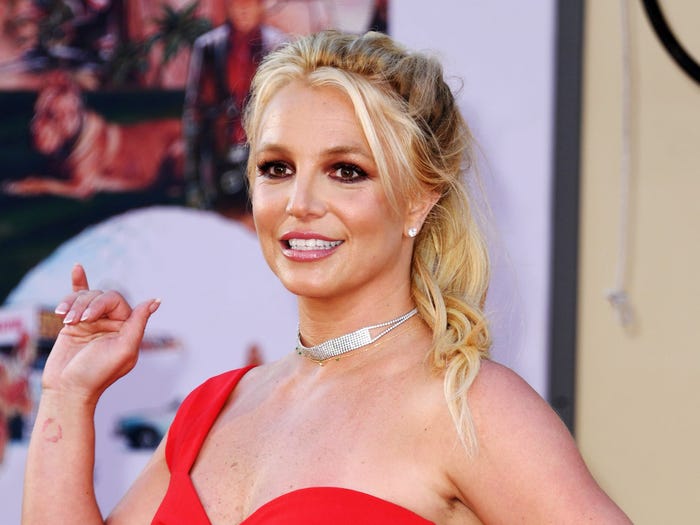 A lawyer for Britney Spears told a Los Angeles judge that her client will not perform while her father maintains control of her career, the Associated Press reported.

Spears, 38, was placed under a conservatorship — also known as a guardianship — in 2008 after experiencing public mental breakdowns that resulted in her hospitalization.

Her financial assets have since been under the control of her father, James Spears.

"My client has informed me that she is afraid of her father," Spears' attorney Samuel Ingham told the judge. "She will not perform again if her father is in charge of her career."

For more than a decade, fans have been calling to"Free Britney," the battle cry of a movement dedicated to getting Spears out of her conservatorship.

Conservatorships are intended for people who have severely diminished mental capabilities and are normally temporary.

Spears has previously said that when she was placed in one 12 years ago, it was necessary and likely saved her career, according to the AP. She had experienced mental health issues and was hospitalized for a psychiatric evaluation.

In August, though, she began publicly seeking to regain control over her career and life, fueling her fans and the "Free Britney" movement.

Ingham told the judge that her client hasn't talked to her father in a long time, the AP reported.

Until last year, he not only controlled the singer's career, but also other major life decisions. Her dad stepped down from that role last year after a medical issue, putting control of her person temporarily in the hands of Jodi Montgomery, a professional fiduciary.

Spears is seeking to keep Montgomery as her personal conservator, while appointing the corporate fiduciary, the Bessemer Trust, as conservator of her finances, USA Today reported.

In court, James Spears' attorney, Vivian Lee Thoreen, told the judge that her client has protected his daughter bringing her out of debt to a net worth of over $60 million, the AP reported.

In court filings viewed by the AP, James Spears' attorneys have said his "sole motivation has been his unconditional love for his daughter and a fierce desire to protect her from those trying to take advantage of her."

Related posts:
Is Jessica Plummer married and how old is her daughter?
Melania Trump Is 'Counting Every Minute' Until She Can Divorce Donald, Claims Former Aide
Popular News
8 early Black Friday deals including Nintendo Switch and Apple Airpods
24/11/2020
Man Utd wonderkid Ramon Calliste, called ‘the next Giggs’, now owns luxury watch business and makes £5m a year – The Sun
26/03/2020
Megan Thee Stallion Addresses Criticism Over Twerking: ‘I Love to Shake My A**’
26/03/2020
Police guard shops to stop coronavirus panic-buyers and enforce social distancing – The Sun
26/03/2020
Coronavirus: Good Morning Britain’s Dr Hilary reveals ‘game-changing’ self-testing kit
26/03/2020
Recent Posts
This website uses cookies to improve your user experience and to provide you with advertisements that are relevant to your interests. By continuing to browse the site you are agreeing to our use of cookies.Ok