Europe’s top rights court has today ruled that Britain must pay thousands in compensation to two Vietnamese men who were prosecuted for drug crimes despite having been trafficked to the UK as children.

The men, now in their 20s, had been forced to work on cannabis farms in the UK before being convicted and detained on drug charges when they were discovered as teenagers in 2009.

The European Court of Human Rights (ECHR) ruled that Britain would pay 90,000 euros (£78,590) to the men for failing to protect potential victims of child trafficking.

It found Britain had breached two articles of the European Convention on Human Rights, relating to the prohibition of forced labour and the right to a fair trial. 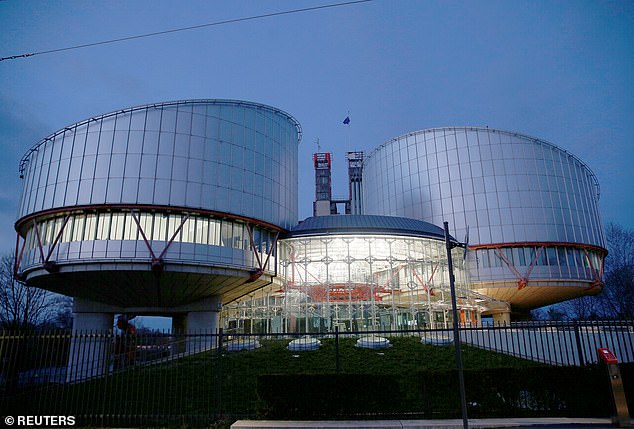 The building of the European Court of Human Rights in Strasbourg, France. The court ruled ruled that Britain would pay 90,000 euros (£78,590) to the men

Britain’s Home Office was not immediately available to comment on the verdict, the government has three months to decide whether to appeal the ruling at the ECHR’s grand chamber.

Anti-slavery advocates welcomed the ruling and said it could affect the treatment of victims in other European nations.

‘It’s actually a game changer on the rights of all victims of trafficking to protection,’ said Parosha Chandran, a barrister who represented one of the two applicants in the case.

She added: ‘This judgment will count for many victims today, tomorrow and in many years to come.’

In its ruling, the Strasbourg-based court outlined how the two Vietnamese applicants – referred to as V.C.L. and A.N. – were discovered working on cannabis farms in Britain in 2009, and charged with drugs offences to which they pleaded guilty.

Following their conviction, the two teenagers were detained in young offenders’ institutions before later being recognised by British authorities as victims of human trafficking.

However, prosecutors ultimately concluded that they had not been trafficked and Britain’s Court of Appeal ruled that the decision to prosecute them had been justified, the ruling said.

But the ECHR said prosecutors did not give clear reasons to challenge the classification of the two Vietnamese as victims of trafficking, and that the Court of Appeal had only addressed whether the decision to prosecute had been an abuse of process.

The lack of any assessment of whether the applicants had been trafficked may have prevented them from securing important evidence capable of helping their defence, the ruling said.

The United Kingdom thus violated Article 4 – prohibition of forced labour – and Article 6 – right to a fair trial – under the European Convention on Human Rights, according to the ECHR.

A record 10,627 suspected modern slaves were identified in Britain in 2019 – up by 52 per cent in a year – while the COVID-19 pandemic has pushed the crime further underground with victims less likely to be found or receive help, according to activists.

Police, lawyers and campaigners have raised concerns that children are often prosecuted on drug charges despite evidence suggesting they were coerced, and a legal defence protecting such defendants under Britain’s 2015 Modern Slavery Act.

‘This case overwhelmingly proves identification is key for child victims of trafficking, particularly if they are caught up in criminal exploitation,’ said Anna Sereni, coordinator of the Anti-Trafficking Monitoring Group, a coalition of charities.

She added: ‘We’re glad that the ECHR acknowledged the importance of protecting children through principles of non-punishment and non-prosecution.’