A COP who was filmed reportedly kneeling on the neck of a teenage football fan face a criminal probe, it was announced today.

The shocking scenes were captured outside Leeds United's Elland Road stadium last month as fans gathered to celebrate the side's return to the Premier League. 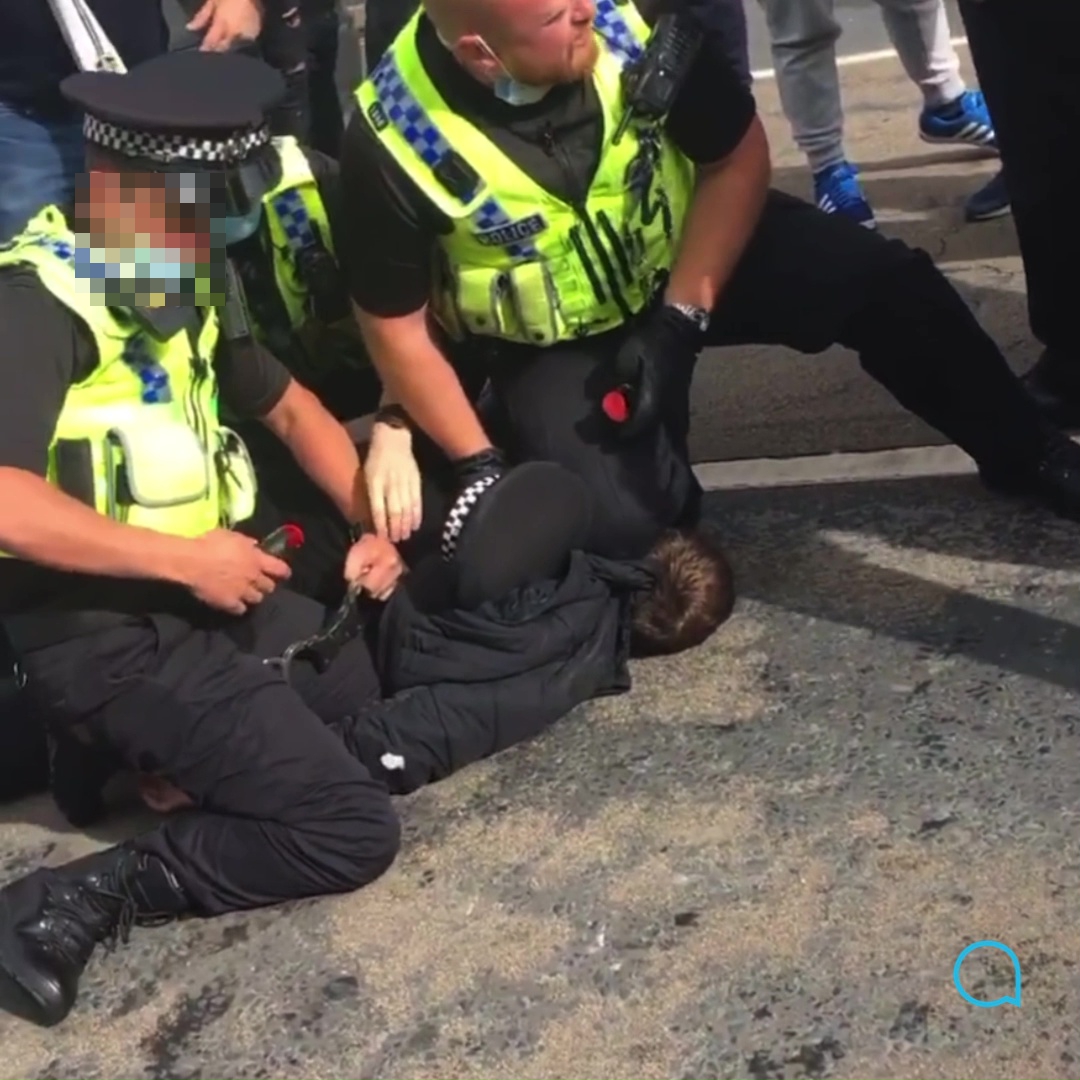 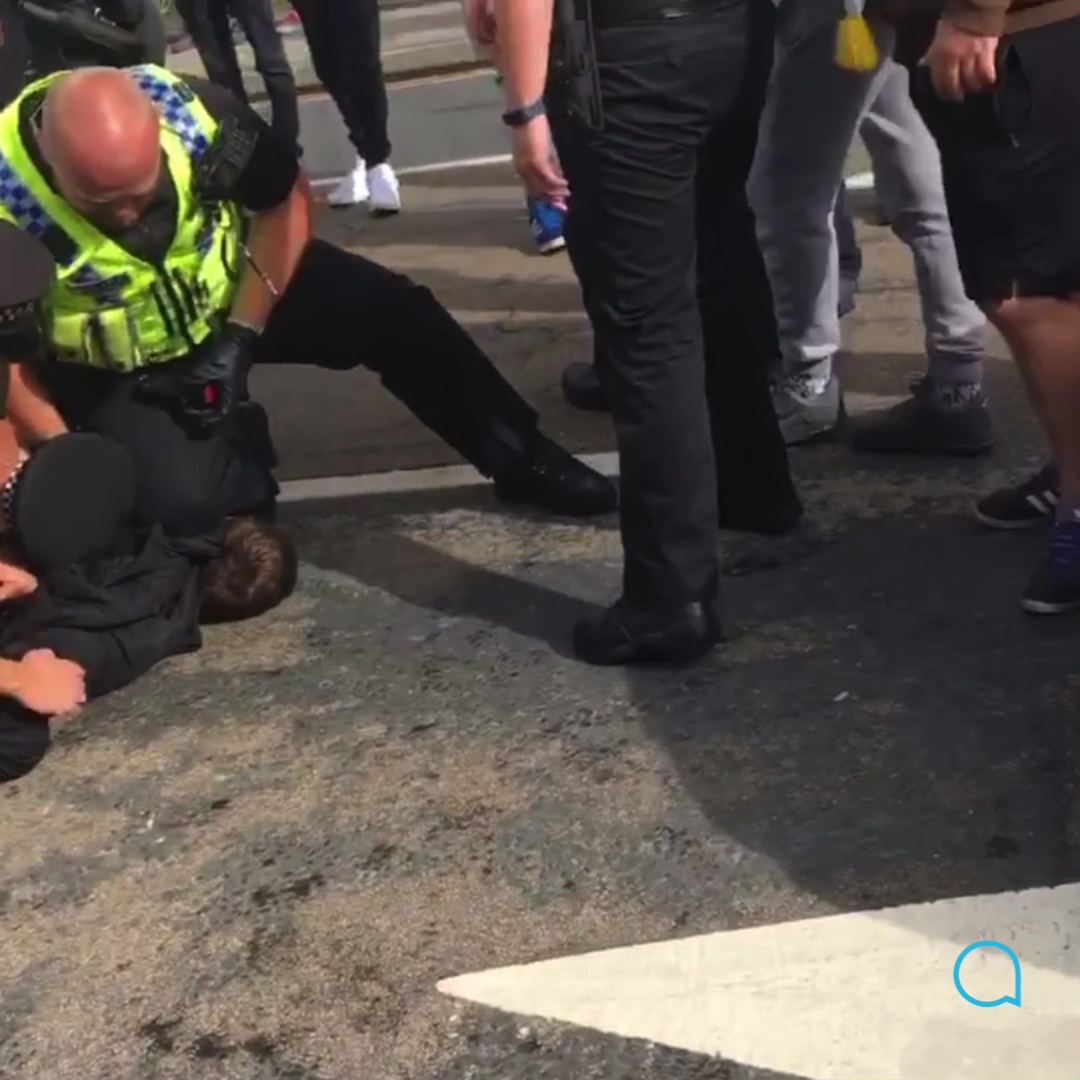 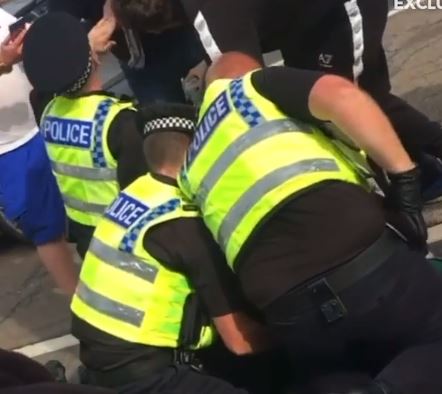 The 17-year-old lad had already been blasted with CS spray and was screaming in agony when he pinned him down in a chilling echo of George Floyd's arrest.

Today the Independent Office for Police Conduct said it was being treated as a criminal matter.

Furious witnesses tried to step in but were forced back by the officer's masked colleagues as tensions rose.

One bystander yelled: "Get your f***ing knee off him".

The 41-second clip begins with three uniformed officers wrestling with the teenage fan on the ground as three other colleagues try to keep fans back.

The teen is moved onto his front and restrained before one officer squirts CS spray into his eyes – leaving him yelling in distress.

Footage then shows a bearded second cop kneeling on his neck as the crowd repeatedly shout for him to stop.

One pleads with the other officers: "Get his knee off his neck."

The officer then adjusts his knee before the teenager is handcuffed.

In a statement the watchdog said: "A West Yorkshire Police officer has been advised that he is subject to a criminal investigation by the Independent Office for Police Conduct (IOPC) following the arrest of a 17-year-old made outside Leeds United football ground on 17 July.

"The officer will be interviewed by our investigators on suspicion of common assault and also investigated for gross misconduct.

"Video footage showing part of the arrest in Elland Road was shared widely on social media and shows the 17-year-old boy being restrained on the ground by officers. In the footage an officer uses their knee, at one point, to restrain the teenager."

Witnesses have been urged to come forward.

"After the footage was shared on social media, a voluntary referral was made to us in relation to the conduct of the officer.

“Having examined a range of evidence including body worn video and initial accounts from the officers involved in the restraint, we have taken the decision that this is now a criminal investigation.

"A criminal investigation does not mean that criminal charges will necessarily follow."

And she continued: “We have already begun to gather evidence but would like to speak to anyone else who was at Leeds United’s ground at the same time for these celebrations and may have witnessed the incident.”

Last month, West Yorkshire Police launched an urgent investigation after they were alerted to the footage by The Sun.

The officer was taken off the frontline and put on restricted duties.