A 29-year-old British man has survived after plunging 300ft down a mountainside in the snowy German Alps after going for a hike in a pair of shorts and trainers.

He and three other Englishmen set out for Kehlstein’s 6,171ft peak on Monday, a subpeak of the colossal Göll massif in the Berchtesgaden Alps.

They were having difficulty navigating due to poor visibility and it being slippery underfoot when the 29-year-old fell down the rocky gully.

He suffered serious injuries to his legs, head and feet, but it would be more than hour until the rescue helicopter was able to find them in the dense fog. 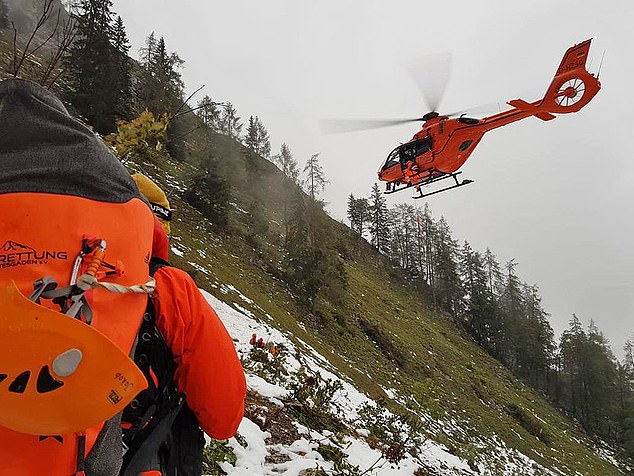 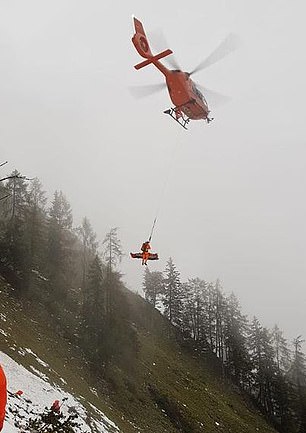 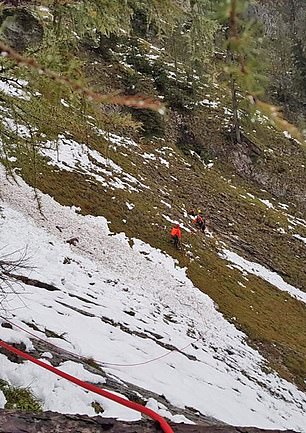 The helicopter flew the man off the mountain despite heavy fog

Rescue teams had to triangulate the group’s position using their call data before scouring the mountainside with binoculars.

After they were spotted, about 45 minutes after their call, mountain rescuers were able to reach them at their location, around 5,000ft up.

The helicopter arrived 20 minutes later, at around 5.30pm and the injured man was winched up and whisked off to hospital.

The others were rappelled off the steep slope by the ground crew who had hiked up to their position.

Despite the onset of wintry conditions, the four Britons had set out that day in shorts and trainers from their camper can in Hintereck. 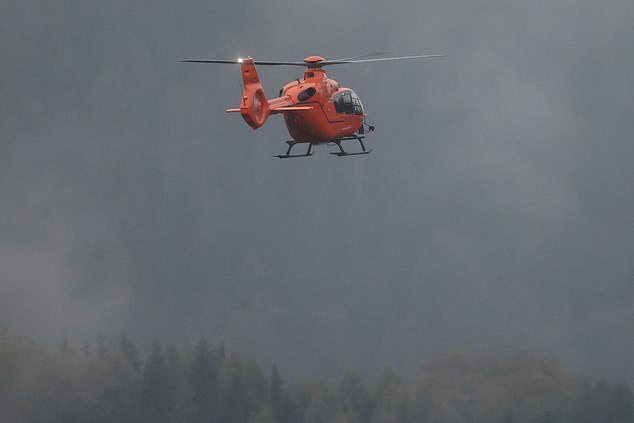 The helicopter rushing the casualty to hospital, he had injuries across his head, legs and feet

Related posts:
Who Are the People of Praise?
Watch the First Trailer for The Craft: Legacy, Reboot of the Classic '90s Teen Horror
Popular News
‘Come Play’ Review: The Ghost in the Machine Has a Few Bugs in the Programming
28/10/2020
Man Utd wonderkid Ramon Calliste, called ‘the next Giggs’, now owns luxury watch business and makes £5m a year – The Sun
26/03/2020
Megan Thee Stallion Addresses Criticism Over Twerking: ‘I Love to Shake My A**’
26/03/2020
Police guard shops to stop coronavirus panic-buyers and enforce social distancing – The Sun
26/03/2020
Coronavirus: Good Morning Britain’s Dr Hilary reveals ‘game-changing’ self-testing kit
26/03/2020
Recent Posts
This website uses cookies to improve your user experience and to provide you with advertisements that are relevant to your interests. By continuing to browse the site you are agreeing to our use of cookies.Ok