Brazil’s President Jair Bolsonaro was booed at as he dismissed guidance on the country’s social distancing measures to hug and pose for selfies with bakery workers and customers.

The far-right leader stopped by the shop in Brasilia on Thursday and was greeted by supporters, whom he exchanged pleasantries with while one of his staffers filmed the encounter, which was shared by his son on Twitter.

Bolsonaro munched on a pastry , enjoyed a soft drink beverage and made himself available for selfies with random shoppers.

The outgoing Brazilian president’s visit was met with disdain as residents outside the bakery booed him and banged pots and pans to protest his stance on the global pandemic that has ravaged the South American nation.

He also visited a drug store in Brasilia where he spokewith workers and customers while granting photo requests on Wednesday. 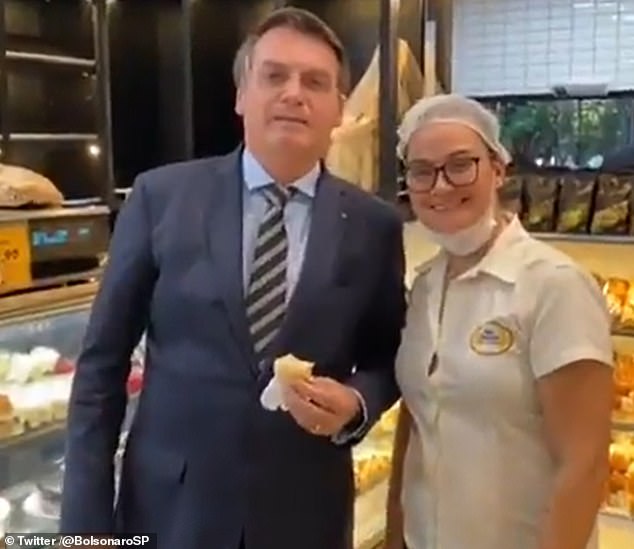 Brazil President Jair Bolsonaro poses for a photo with a local bakery worker in Brasilia on Thursday. The far-right leader has been dismissive towards measures recommended to combat the spread of the coronavirus pandemic 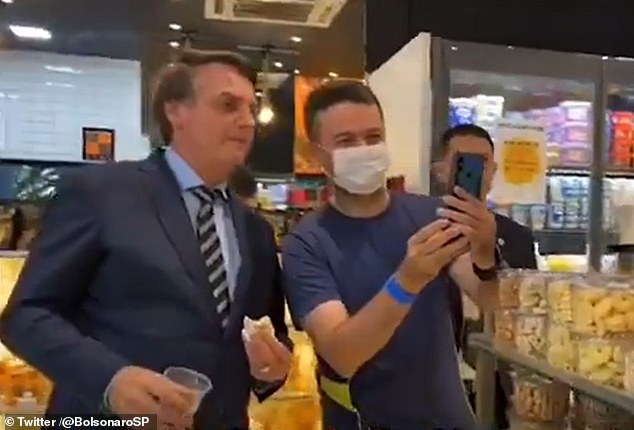 However, the worrisome numbers appear not to have swayed Bolsonaro’s view on the epidemic as he has criticized isolation and lockdown measures that state governments stress are important to containing the coronavirus.

Bolsonaro, whose popularity as of late has dipped due to his handling of the pandemic, last week shrugged off the virus’ global impact and said it is ‘not all it’s being made out to be’.

The president has been at constant odds with Brazilian Health Minister Luiz Henrique Mandetta, a staunch support of social distancing and stay-at-home policies, whom he considered firing Monday. 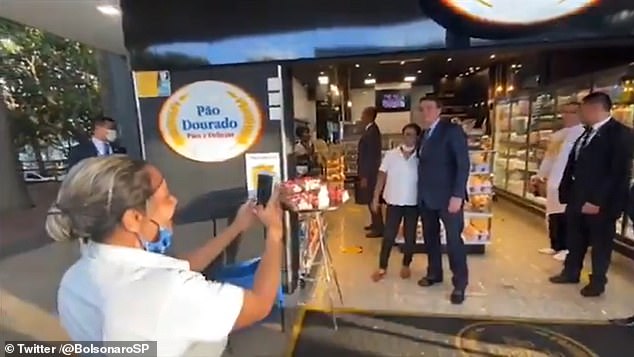 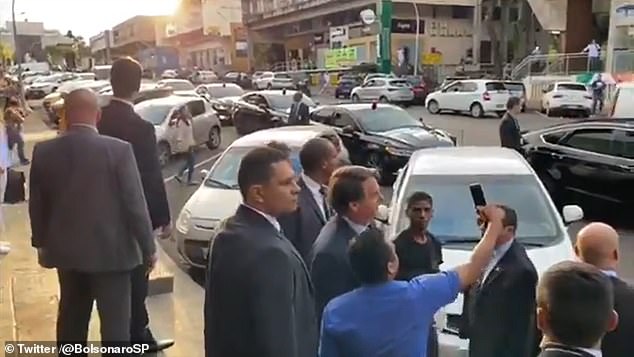 Bolsonaro was also jeered outside the bakery as residents booed him and banged on pots and pans to protest his coronavirus dismissive stance. The Brazilian president said last week that the virus is ‘not all it’s being made out to be’

Bolsonaro has not been too fond of the nation’s health expert refusal to fully back him on the use of hydroxychloroquine – an anti-malaria drug – to treat coronavirus patients at first signs of the illness.

Mandetta has said the drug should only be given by medical professionals to hospitalized patients, because clinical trials have not shown it is safe and effective against the coronavirus.

Bolsonaro, 65, tested negative for the coronavirus in March  – days after a staff aid developed symptoms and tested positive. The diagnosis came after the Brazilian president and his contingent traveled to the United States to meet with President Donald Trump. 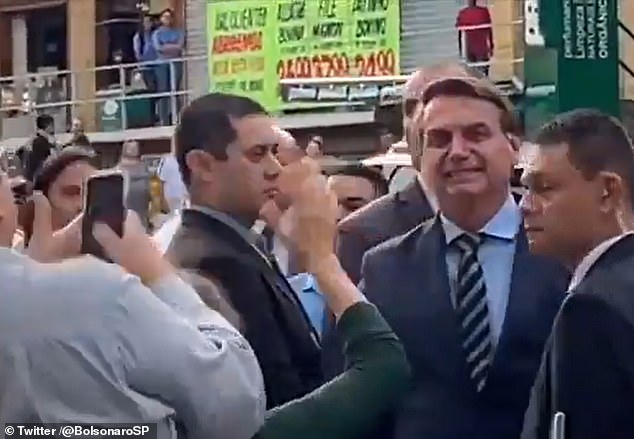 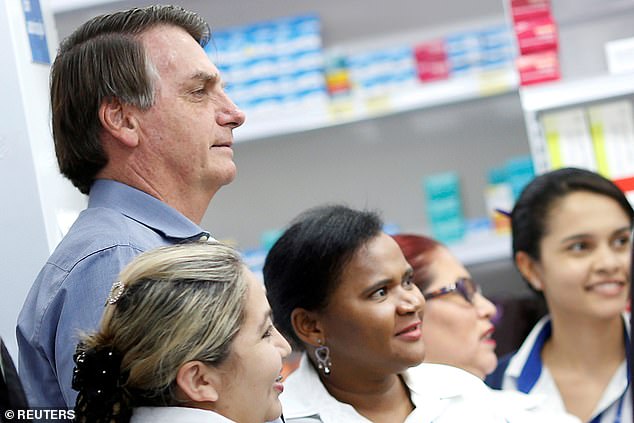 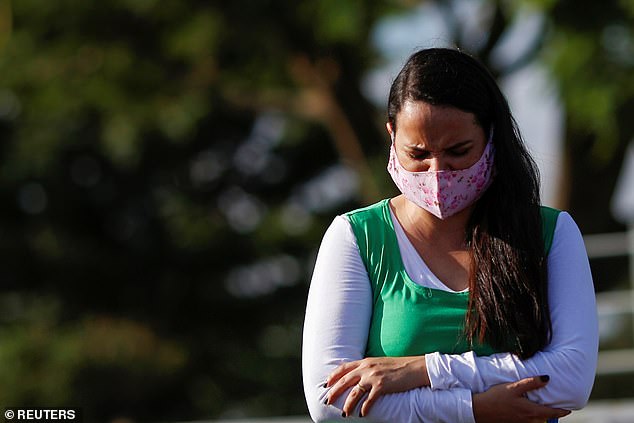 A supporter of Brazil’s President Jair Bolsonaro wears a protective mask while praying outside the Alvorada Palace in Brasilia. The South American nation has the highest coronavirus numbers in Latin American with 957 deaths and 18,176 confirmed cases