A family braved a close encounter with a bear when they chased after it on their boat to pull off a plastic tub stuck on it head.

Tricia Hurt, her husband Brian, 52, and her son Brady were fishing on Marsh-Miller Lake in Bloomer, Wisconsin, when they found a struggling bear with a cheese puffs tub stuck over its head.

Tricia directed Brady, 26, to chase after the bear on their boat so they could get close enough for Brian to free the creature from the container that was slowly filling with water. 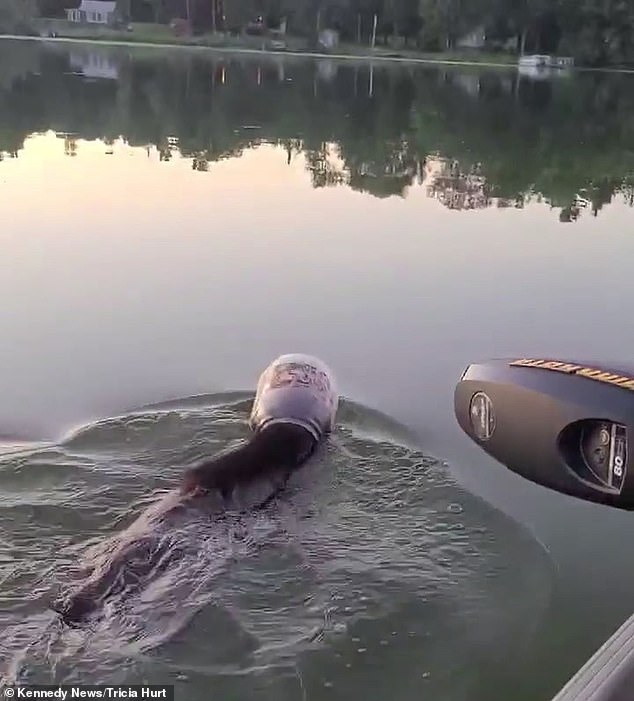 The Hurt family freed a bear with a cheese puffs tub stuck on its head while they were fishing on Marsh-Miller Lake in Bloomer, Wisconsin on June 27 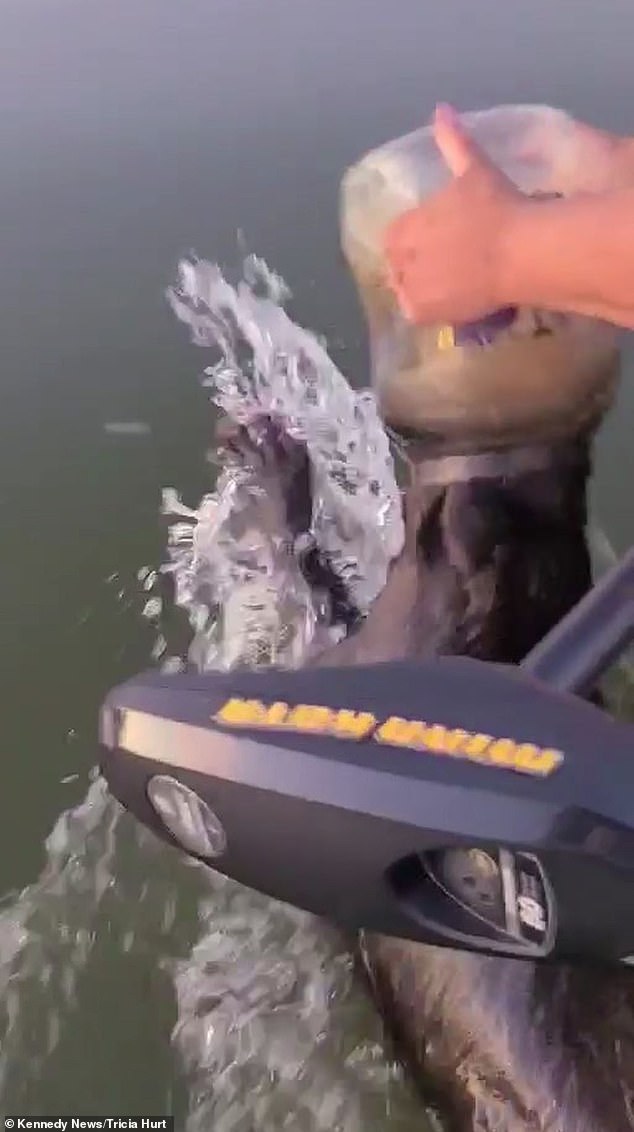 ‘Trying to figure out how we’re gonna get this tub off his head,’ Tricia says as she films the bear swimming.

The family get near enough to the bear to reach its head but the water has made the tub slippery and Brian loses hold of it.

He says: ‘I had it then I just couldn’t get it off.

‘One more pull and I would have had it.’

The family follow the bear again as it frantically swims in different directions all over the lake on June 27.

‘You did a good job you just got to do it again,’ Brady tells his father.

Brian tells his son they cannot let the bear get on shore because they will not be able to get the tub off once it is on land.

‘We don’t want him crawling in here either once you get it off,’ says Tricia as she laughs nervously.

The second time the boat catches up to the bear Brian is able to grip the slippery container just long enough to pull it off the bear’s head.

They steer the boat away from the animal as it swims to the shore and lies down, exhausted by its ordeal. 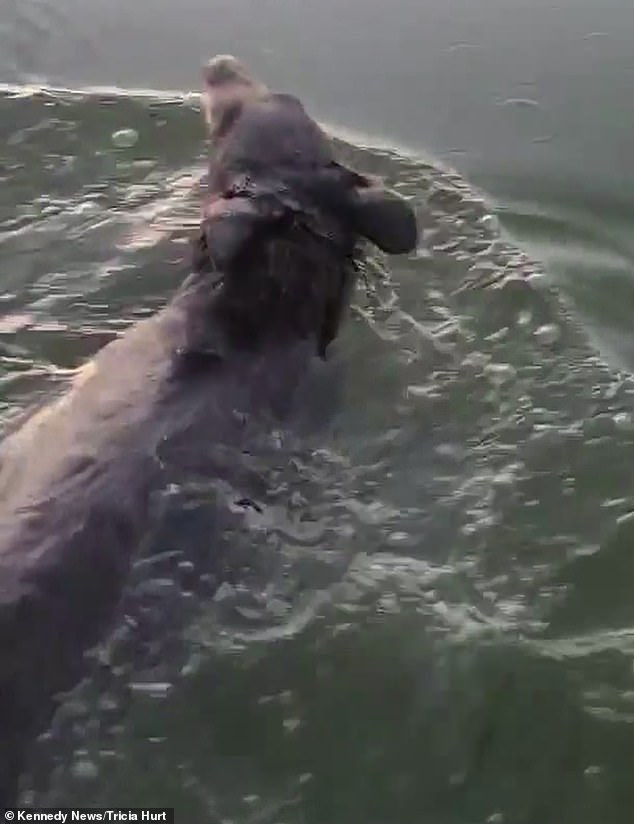 Tricia said: ‘You can’t tell how a wild animal will react, even if you are trying to save its life, but we had to get over that fear and help him out.

‘He would only have been about a year old so there’s no telling what would have happened to him if the plastic wasn’t removed.

‘In total, it took five minutes to free him.

‘We were just so happy when we finally got him loose and he made it back to the shore.

‘When it was on dry land, it just collapsed from pure exhaustion.

‘It wasn’t until we got home that we found out the bear had been roaming around the area for three or four days with the container on his head.

‘Nobody could get near to him so we’re just so fortunate we could help him.’ 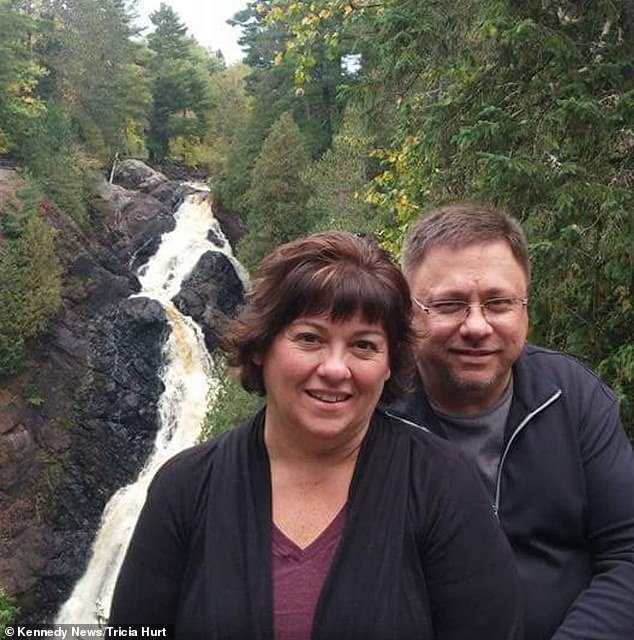