A body has been found in the River Thames near a school in south west London.

Surrey Police, paramedics, firefighters and search and rescue all rushed to a tow path in Walton-on-Thames at around 12.15pm today.

They remain at the scene and have asked people to avoid the area.

Details on the identity of the body have yet to be released.

A spokesperson for Surrey Police said: ‘We are currently in attendance along the tow path on Waterside Drive in Walton-on-Thames after reports of a body found in the river. 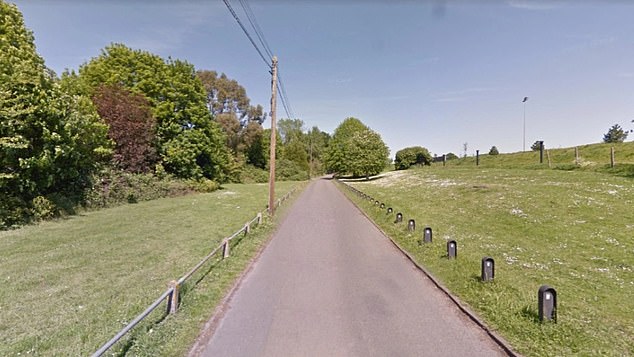 Surrey Police, paramedics, firefighters and search and rescue all rushed to a tow path in Walton-on-Thames in south west London

‘Officers, along with Surrey Search and Rescue, the ambulance and fire service, responded to a call at around 12.15pm this afternoon and will remain at the scene for the foreseeable future.

‘We ask that you please avoid the area for the time being.’