BLACK Lives Matter protesters crashed Oklahoma’s House of Representatives on Wednesday while it was in session to pass controversial bills.

The phalanx of over two dozen BLM marchers entered Oklahoma City's House of Representatives launching fists in the air and chanting, “We will use our voices to stand against corruption” and "No justice, no peace," according to the local television station KOCO. 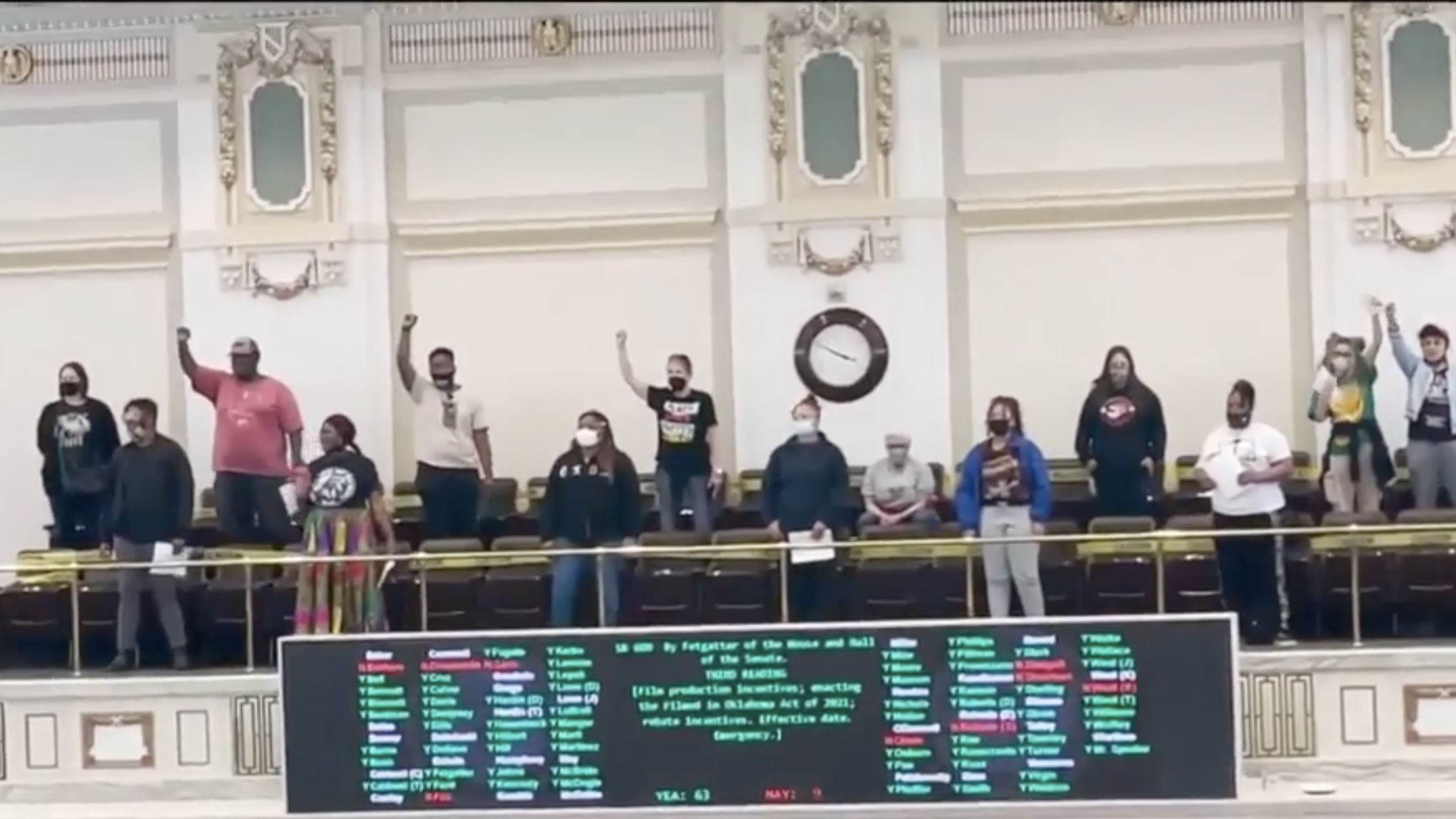 One of the protesters was videotaped hurling expletives.

“You’re a f***ing disgrace to the whole country,” the bearded man is recorded dressing down a suited man who appears to be urging him and fellow protesters to disperse.

The defiant demonstration paused the session and its agenda for a few minutes.

Recorded video clips show protesters managing to occupy the fifth-floor gallery for a few minutes while legislators were in session; one of them could be seen futilely slamming his gavel to restore order. 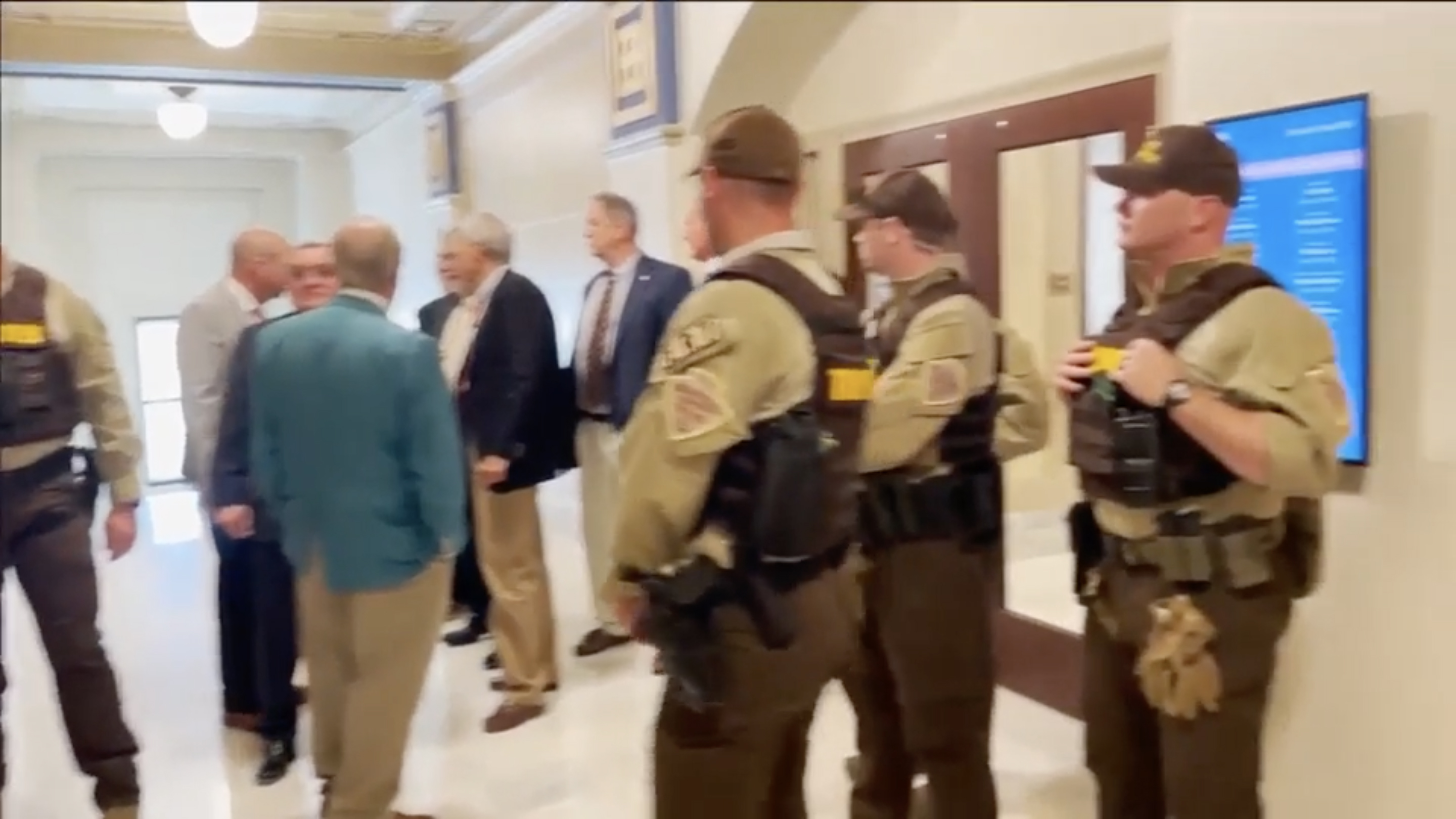 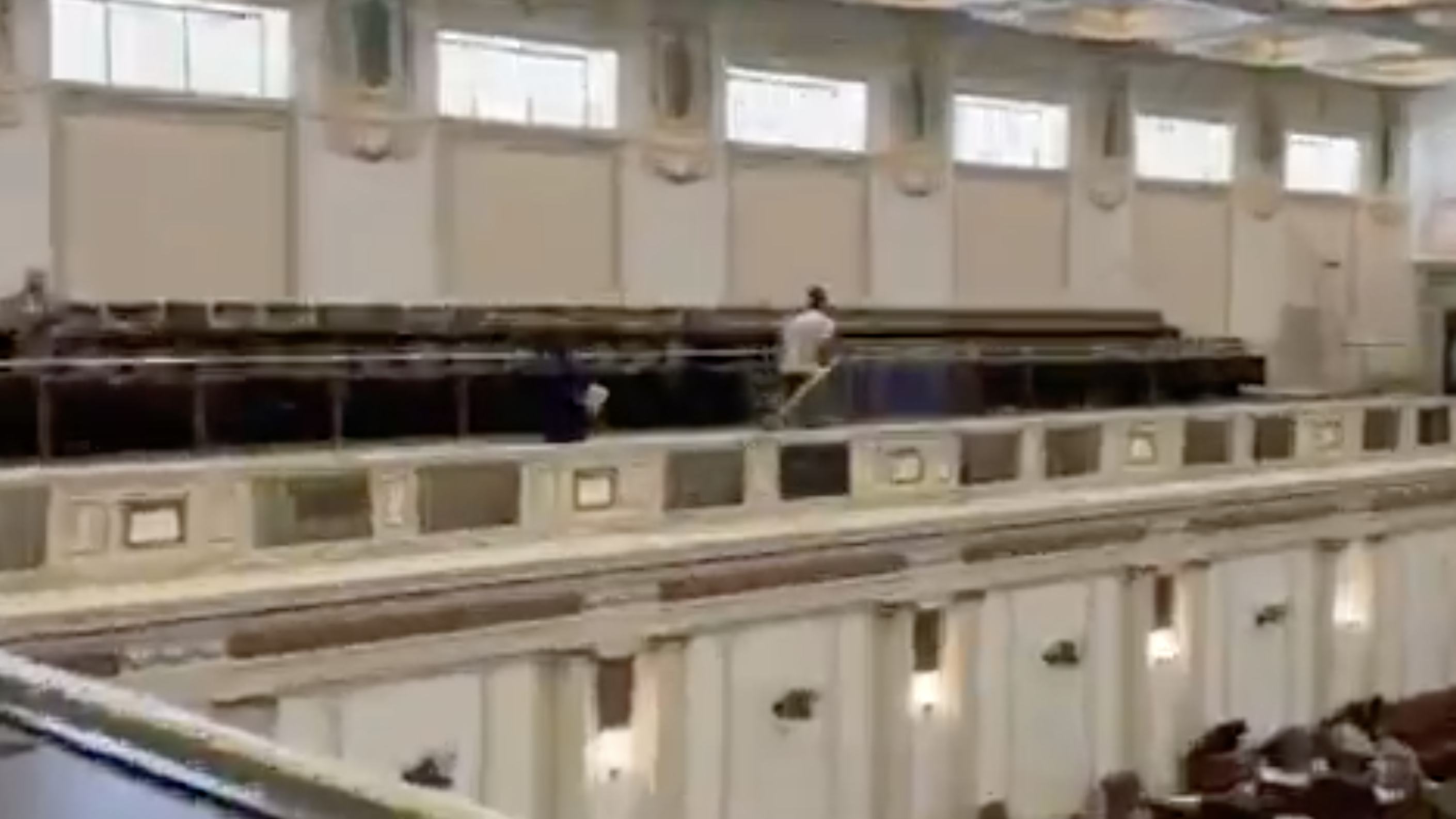 Of the various aims of the protest was to not only call out racial injustice but to show opposition to some of the bills being past by the legislative body.

One such bill granted immunity to motorists who strike demonstrators with their cars to flee a violent protest, The Associated Press reported.

That bill was signed into law by Gov. Kevin Stitt.

Other bills on the House's agenda included one restricting abortion and Senate Bill 2 — which if passed would specifically sideline transgender girls from competing in girls athletics.