A "BLACK Widow" has been sentenced to five years in jail after bullying her husband to death so she could inherit his estate.

The 73-year-old woman, known as Godelieve due to Dutch privacy laws, even pulled the ring off her dead husband’s hand to sell after discovering his body. 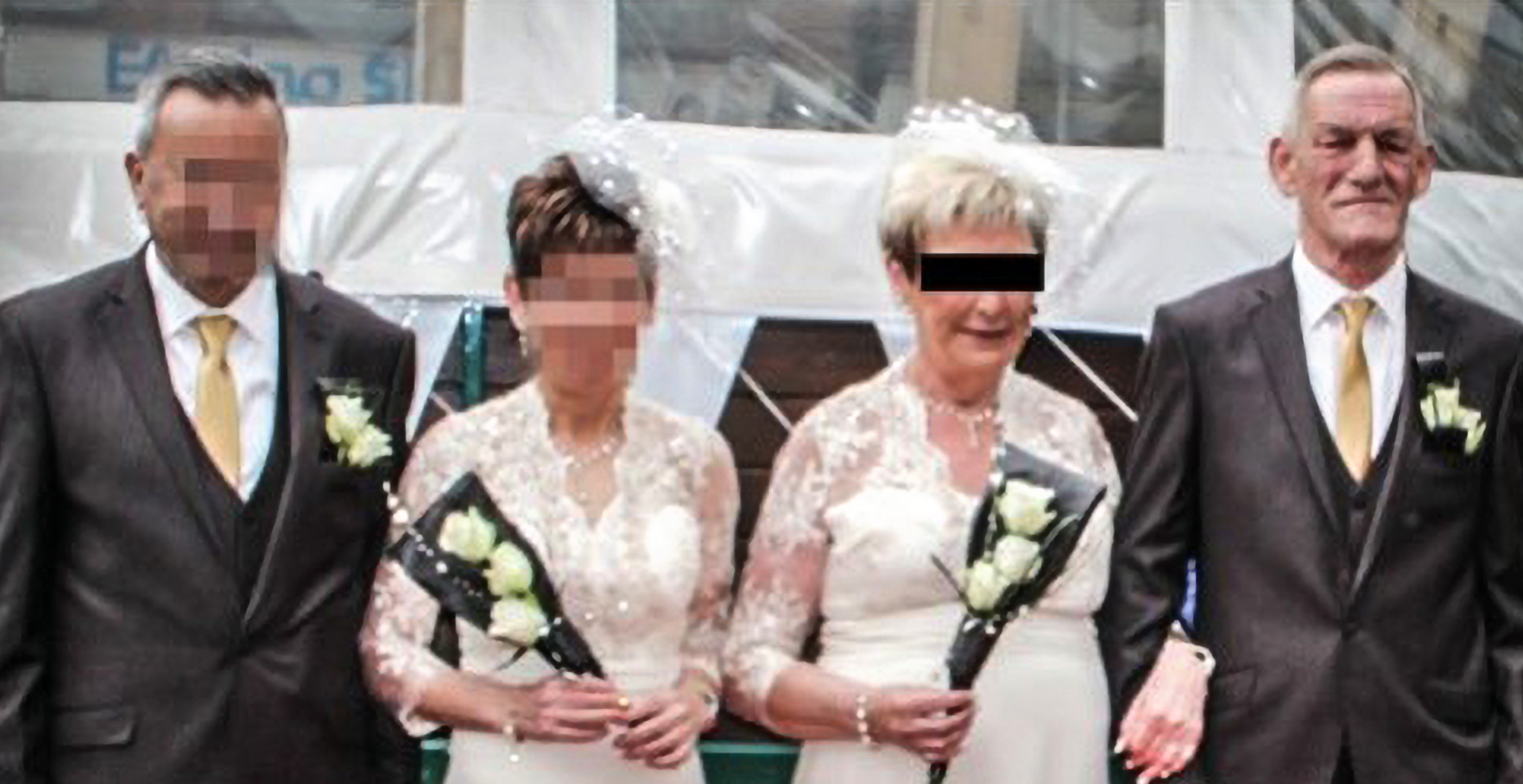 A court in Kasterlee, Belgium found her guilty of neglect after she failed to immediately alert emergency services after finding her husband's body.

Godelieve, dubbed "Black Widow" in the Dutch press, enticed the 67-year-old writing: "Sweet woman is looking for a sweet man" while sitting at his kitchen table drinking his morning coffee in March 2015.

A week after they met on March 23, 2015, he left everything to Godelieve in his will, and a week later they moved in together.

On May 14, the couple married in a double wedding.

It has not been revealed why they had a double wedding, or who the second couple were.

But shortly after the nuptials, the wife set about a campaign of abuse, the court was told.

DOMESTIC ABUSE: HOW YOU CAN GET HELP

If you are a ­victim of domestic abuse, SupportLine is open Tuesday, Wednesday and Thursday from 6pm to 8pm on 01708 765200. The charity’s email support ­service is open weekdays and weekends during the crisis – [email protected]

Women’s Aid provides a live chat service available. from 10am to noon.

You can find support for male survivors here.

She destroyed her new husband’s self-worth, banning him from seeing his daughter and enjoying his hobbies.

The man also reportedly told a waitress Godelieve had been running after him with orange chord, and telling him to hang himself.

Not long after the cry for help, he died by suicide.

The court was told on the day she found her husband's body in their garage, she simply put his shoes in the rack and later called the emergency services.

Godelieve also pulled the wedding ring off his finger, telling the court that she wanted it as "a memento" – but on further questioning, it was revealed that she had sold it along with other belongings including jewellery that belonged to his first wife, Annie.

The victim's family said that not even 24 hours after his death, she put things in motion to inherit his estate.

Three days after his death, she also wrote to his daughter demanding property she believed belonged to her as part of her inheritance.

However, the will has since been annulled following her sentencing.

Godelieve was also handed an 18 month suspended sentence in October last year by a court in Antwerp after swindling a vulnerable couple out of thousands of euros.

She was found guilty of falsely claiming to be a lawyer and manipulating a couple with learning disabilities before stealing€55,000 (just under $50,000) from them. 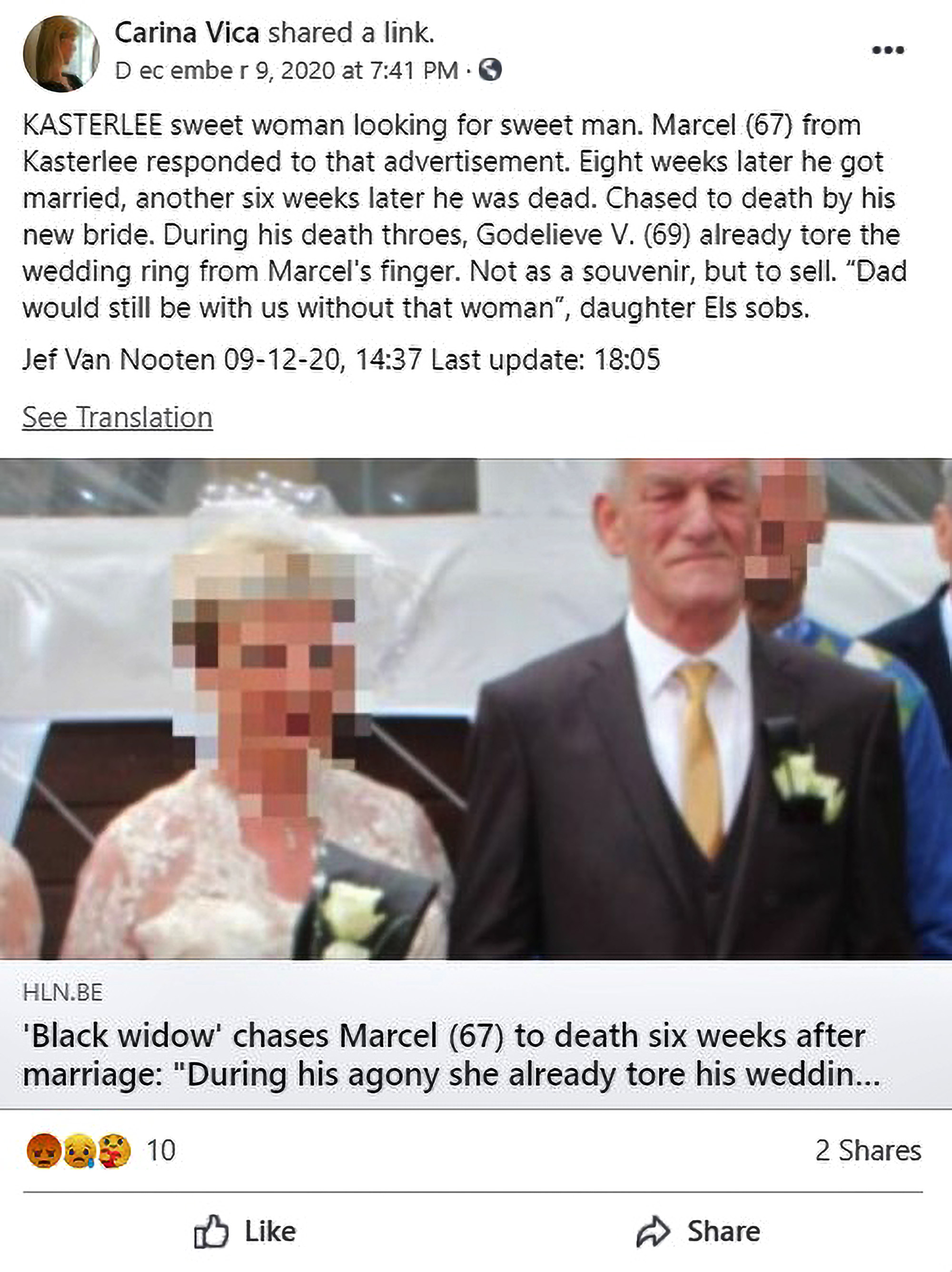 Related posts:
Twitter Came for Tiffany Trump After She Posted a Birthday Message to Her Brother During the Capitol Riots
Death in Paradise season 10: Fans fume as iconic theme tune changed ‘What have you done?’
Popular News
Tessa Thompson Picks Up Flowers in Sydney Before ‘Thor: Love And Thunder’ Filming Begins
28/01/2021
Man Utd wonderkid Ramon Calliste, called ‘the next Giggs’, now owns luxury watch business and makes £5m a year – The Sun
26/03/2020
Megan Thee Stallion Addresses Criticism Over Twerking: ‘I Love to Shake My A**’
26/03/2020
Police guard shops to stop coronavirus panic-buyers and enforce social distancing – The Sun
26/03/2020
Coronavirus: Good Morning Britain’s Dr Hilary reveals ‘game-changing’ self-testing kit
26/03/2020
Recent Posts
This website uses cookies to improve your user experience and to provide you with advertisements that are relevant to your interests. By continuing to browse the site you are agreeing to our use of cookies.Ok