Big Issue is to be sold in supermarkets due to coronavirus

The Big Issue is to be available in supermarkets and other stores from Thursday for the first time in its 29-year history in a move aimed at supporting vendors not able to sell it on the streets.

Sainsbury’s will stock the magazine in hundreds of stores and online, while McColl’s will sell it in 1,400 stores across the UK.

Vendors were told to stop selling the magazine last month because of the coronavirus crisis, with people urged to take out a subscription so funds could continue to be given to them. 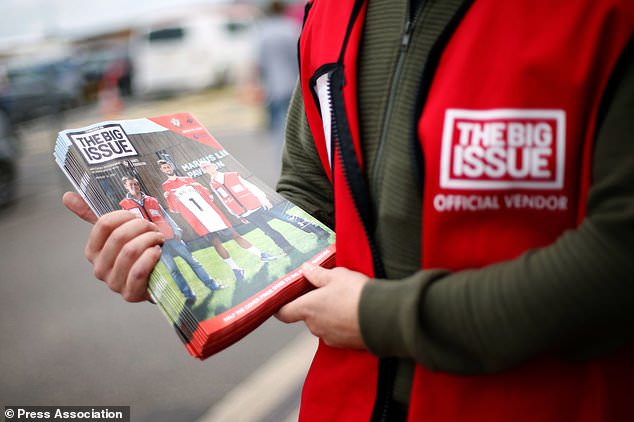 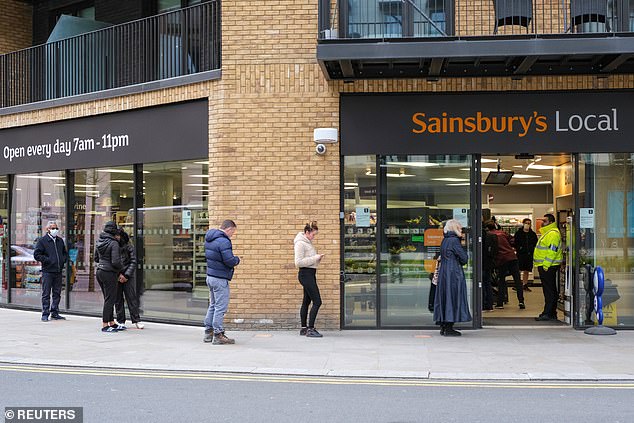 Sainsbury’s is among the the supermarkets that will sell the magazine which has helped more than 100,000 people since it was founded in 1991

Lord John Bird, founder of the Big Issue, said:  ‘We have helped well over 100,000 people over the past 29 years, and on average we put £5 million into the pockets of our vendors every single year. Now, more than ever, we need your support.

‘Our income comes from street sales and without our vendors on the streets we cannot support those people that really need us now and in the future.

‘We are thrilled that the good folk at Sainsbury’s and McColl’s have partnered with us so that readers new and old can continue to buy the Big Issue during this turbulent time, with 50 per cent of the net proceeds going to supporting our vendors.’

Lord Bird told the PA news agency that many people bought the Big Issue because of the vendors on the streets, but he hoped the new venture with supermarkets and stores would help retain sales, and therefore financial support. 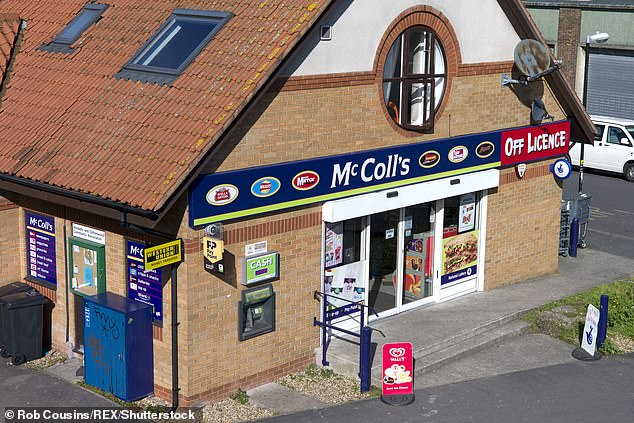 McColl’s says it will sell the Big Issue in its 1,400 stores across the UK

Big Issue editor Paul McNamee said it had been a ‘remarkable effort’ to change the sales model of the magazine so quickly, so that funds can continue to be given to vendors.

‘When this is all over, our vendors will need more support, and we need to be here for them,’ he said.

Paul Mills-Hicks, commercial director at Sainsbury’s, said: ‘We are proud to be supporting a cause as important as the Big Issue Group, which exists to offer homeless people, or individuals at risk of becoming homeless the opportunity to earn an income.

‘Coronavirus has affected everyone in the UK, and it’s important that we show our support for each other in these increasingly challenging times.

‘We hope that by providing a means for our customers to purchase a copy of the Big Issue, we can encourage people to continue to buy the magazine, which so many vulnerable people rely on.’

McColl’s chief executive Jonathan Miller said: ‘We urge our customers to lend their help by buying copies of the magazine available at our stores to help the organisation’s street vendors who will be struggling to make a living as people stay at home amid the coronavirus outbreak.’

In 2017 judges cracked down on the number of poor EU migrants selling The Big Issue as a back door to claiming benefits.

A court has now ruled that a Romanian woman who used the magazine to access tens of thousands of pounds of in-work benefits should have them stopped.

By selling copies of the magazine worth £50 each week, she was able to claim £150 a week of taxpayers’ money in tax credits and housing benefit.

In a key judgment, a court has said that the woman earned too little to claim her work was ‘genuine and effective’ – thus cutting off her eligibility to UK handouts.

In November 2014, Iain Duncan Smith highlighted the problem in a speech in Berlin.

He said: ‘A good example of that is the Big Issue, a magazine which is a brilliant idea by a brilliant individual who himself was homeless. It is wonderful.

‘But actually what is happening progressively, more and more, is people mostly from southern and eastern Europe have actually ended up being Big Issue sellers and they claim, as self-employed, immediately, tax credits.’