Biden says Putin's 'only tool' is to brutalize Ukrainian citizens

President Joe Biden said Wednesday that Russia’s repeated attacks on civilian targets in Ukraine were an effort by Russian President Vladimir Putin to force the Ukrainians to capitulate – and that it will fail.

He was asked about Putin’s latest gambit, declaring martial law in four annexed Ukrainian territories seized by Russia, in the latest effort to use force to try impose order and control.

That followed days of stepped up bombings of apartment buildings and other civilian targets, as well as infrastructure that Ukrainian President Volodymyr Zelensky has cut power to one-third of his country.

‘I think that Vladimir Putin finds himself in an incredibly difficult position,’ Biden told reporters, pausing to collect his thoughts while holding a binder of material. 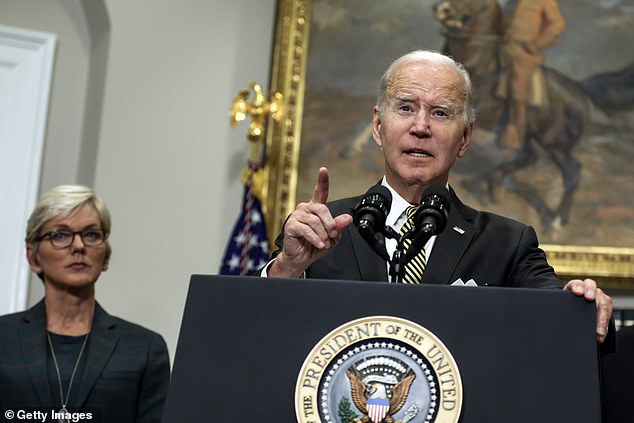 Russia’s repeated bombings in Ukraine are part of an effort to ‘intimidate’ people there to try force their capitulation, President Biden said Wednesday at the White House

‘And what it reflects to me is, it seems his only tool available to him is to brutalize individual citizens in Ukraine, Ukrainian citizens, to try to intimidate them into capitulating. They’re not going to do that.’

Biden then concluded his remarks, at an event in the Roosevelt Room to talk about oil releases from a strategic U.S. reserve, intended in part to counter the impacts of the war in Ukraine.

‘That’s why I have been doing everything in my power to reduce gas prices since Putin’s invasion of Ukraine caused these price hikes, these prices to spike and rattle international oil markets,’ Biden said.

As he walked away from the event, he declined to respond to a question about whether he would meet Putin at the upcoming G20 summit in Indonesia.

That followed reports that the administration is privately ruling out a meeting between the two leaders, with Russia’s brutal war in Ukraine continuing to drive the countries apart.

Putin said regional governors in the regions, taken from Ukraine after referendums under armed occupation that the U.S. and allies denounced as a ‘sham,’ would get emergency powers to impose order.

‘We are working to solve very difficult large-scale tasks to ensure Russia´s security and safe future, to protect our people,’ Putin said in televised remarks. 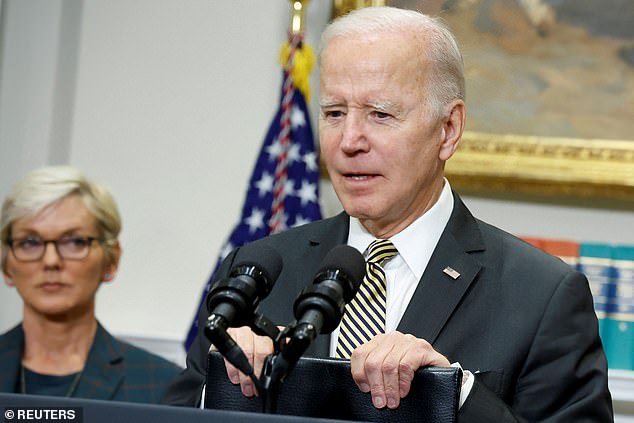 ‘Those who are on the frontlines or undergoing training at firing ranges and training centers should feel our support and know that they have our big, great country and unified people behind their back.’

The administration has never talked up the chance of a meeting, even after Putin, who Biden has called a ‘war criminal,’ indicated he planned to attend.

Biden kept the possibility of a narrow conversation alive last week, in comments that made clear he had no intention of opening up a broader discussion of the war, after Putin’s repeated comments attacking the US  and relentless bombing of civilians in Ukraine.

‘Look, I have no intention of meeting with him, but look, if he came to me at the G20 and said, ‘I want to talk about the release of [detained American Brittney] Griner,’ I would meet with him, but that would depend,’ Biden said.

Now, officials are going so far as to say they are seeking to discourage even a ‘sideline’ informal meeting with Putin, Politico reported.

U.S. officials have ‘ruled out’ a formal meeting with Putin, and are ‘taking steps’ to make sure they don’t bump into each other in a hallway or doing the typical ‘family photo.’

Putin himself was sounding bearish on the chances, as his military unleashed a wave of drone and rocket attacks on civilian targets in Ukraine, drawing repeated condemnation from the West. 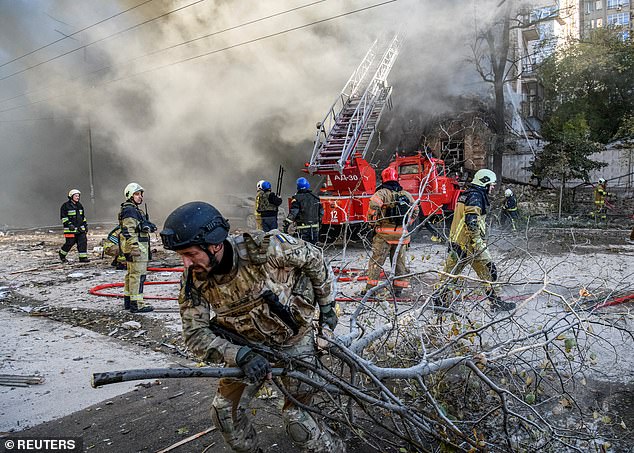 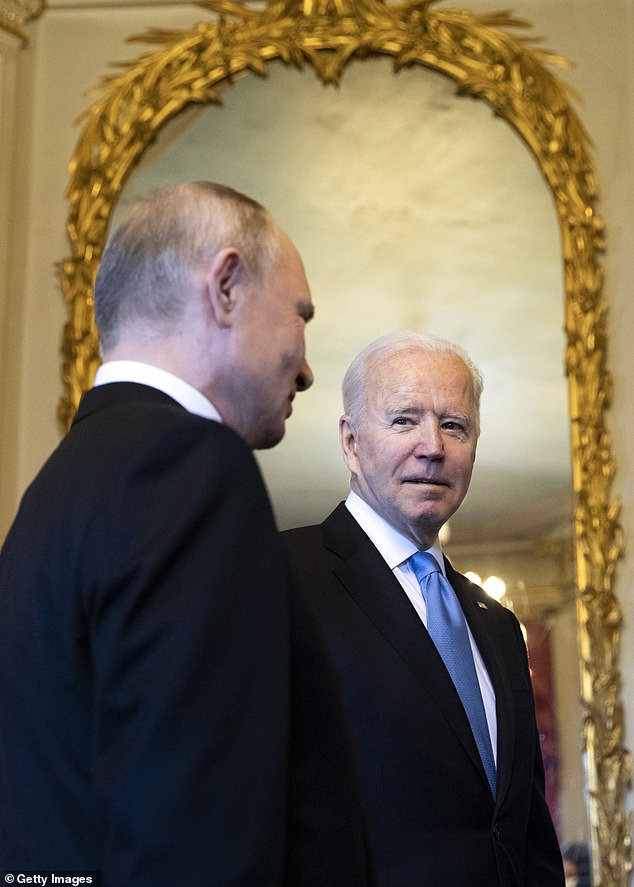 The administration is working to prevent even a ‘sideline’ encounter between the president and Russian President Vladimir Putin at the upcoming G20 summit in Bali, as Russia’s war on Ukraine rages.  The two men met at a villa in Geneva in June at the start of Biden’s presidency 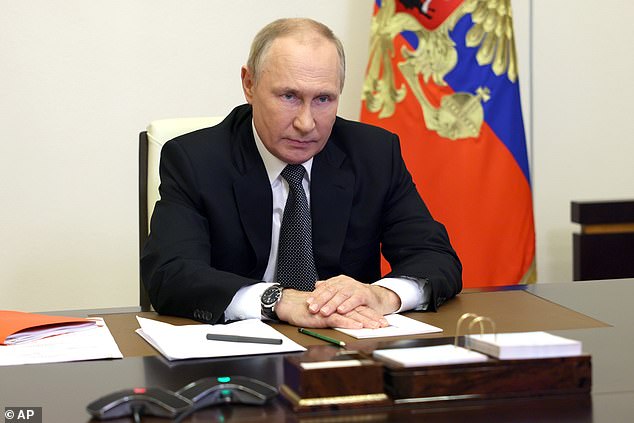 Biden has called Putin a ‘murderous dictator,’ as well as a ‘pure thug’ and a ‘killer,’ but previously kept alive the possibility of talking to him about the release of WNBA star Brittney Griner 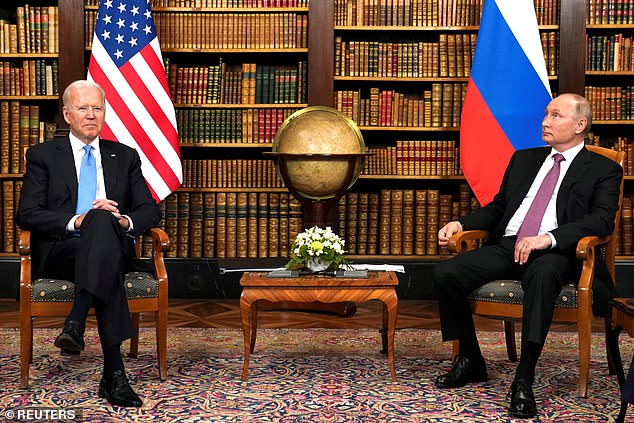 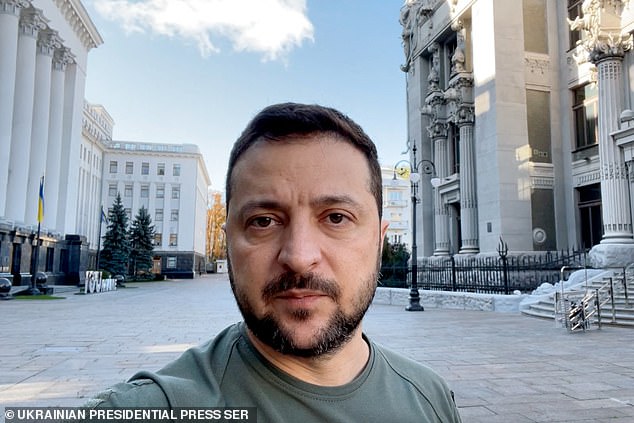 Ukrainian President Volodymr Zelensky, whose nation is not a member of the G20, said he would attend if Putin does 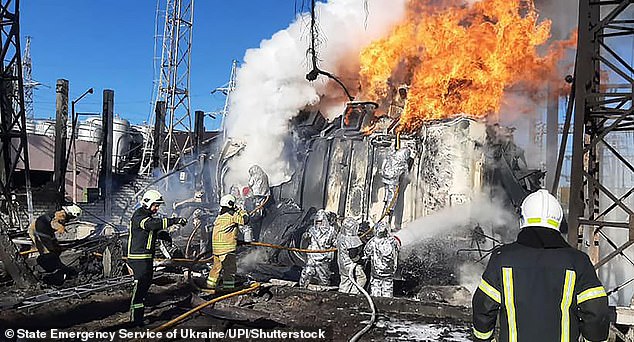 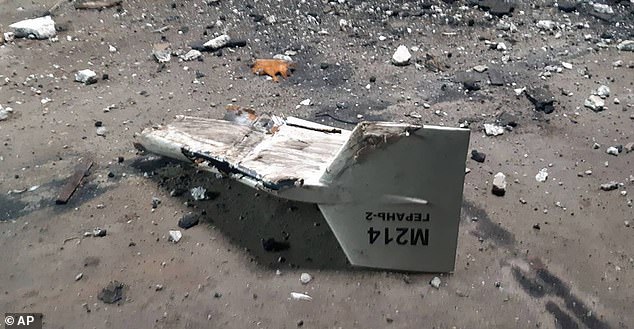 Ukraine and the U.S. have blasted what multiple videos and images reveal to be Russia’s use of Iranian-made drones

Biden is already likely to have an encounter with one dictator who he has called a top competitor to the U.S.: with China’s Xi Jinping, who is set to secure a third term at the National Congress of the Chinese Communist Party in Beijing after a decade in power.

Biden said last month he was open to meeting Xi. The two men spoke by phone in March, when the president warned Beijing it would face consequences if it propped up Russia’s invasion, and again in July.

Biden has called Putin a ‘murderous dictator,’ as well as a ‘pure thug’ and a ‘killer.’

Biden hasn’t gotten much mileage out of his last face-to-face meeting with an autocratic ruler. He took political hits for his ‘fist bump’ with Saudi Crown Prince Mohammad bin Salman last summer, but the Saudis infuriated the administration when OPEC+ voted to cut oil production – a move that helps Putin fund his war and kept oil prices higher weeks before the U.S. elections.

Indonesian President Joko ‘Jokowi’ Widodo, whose nation hosts the summit, invited Putin and traveled to Moscow in June to extend the invitation in person.

After the insistence by the U.S. and other leaders, also invited Ukrainian President Volodymr Zelensky, whose nation is not a member. Zelensky said he would attend if Putin does.