Victorian authorities racing to find the source of the state’s highly-contagious Delta variant outbreak are tracing the movements of recent coronavirus-positive hotel quarantine guests whose genomic data could not be determined.

As Melbourne’s latest cluster grew to nine, Victorian authorities have stepped up testing and isolation requirements for the Delta outbreak in efforts to prevent a third wave of infections taking hold. 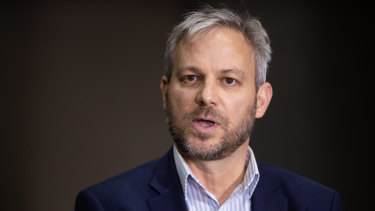 The source of Victoria’s newest outbreak remained a mystery on Saturday and while a leading epidemiologist stated it was highly likely to be a hotel leak, experts say it’s unclear if this happened in Victoria where the cases lived, NSW where they travelled, or elsewhere. It would be the 22nd known hotel leak in Australia.

In an exclusive interview with The Sunday Age, Victoria’s Chief Health Officer Brett Sutton revealed the heightened transmissibility of the variant meant officials had introduced stricter quarantine measures for those identified as contacts.

He said people who had had only brief encounters with the virus would be asked to quarantine for 14 days, when previously they would have been considered “at very low risk” from other variants and may not have been required to quarantine.

“It’s hugely challenging when you’ve got a variant that’s 50 per cent more transmissible,” he said.

Doherty Institute director Sharon Lewin said it was her strong suspicion the Delta variant had seeped into the community via a leak from one of the state’s quarantine hotels, likely in Melbourne or Sydney given the family’s movements.

She said the inability to detect clear DNA sequencing results for approximately 20 per cent of hotel quarantine cases meant she could not be sure it was a hotel leak. Inconclusive genomic results can occurs for reasons, including the person not being infectious at the time of the genomic test. The Doherty Institute conducts genomic sequencing for each positive case and uploads data into a national system that is used to find links between cases picked up in the community.

“My strong hypothesis is that it’s coming through an importation from overseas, through our quarantine hotels, that would be the most likely,” Professor Lewin said.

Professor Sutton said Victorian authorities were chasing some of the guests among the approximately 20 per cent who could not be fully sequenced to check if they had crossed over with any of the potential acquisition sites to the first Delta case detected in West Melbourne.

Professor Sutton said there were just a handful of these Delta cases – probably “two or three” – because authorities had been able to rule out other cases who had been staying with a family member whose case of coronavirus had undergone effective sequencing. 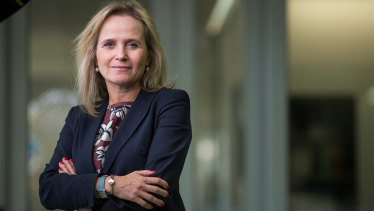 “At this point there’s nothing to indicate whatsoever that the Victorian family that visited Jervis Bay have any connection to any hotel quarantine cases,” he told The Age.

In response, Professor Sutton said Victorian authorities could equally say there was yet to be any evidence the cluster had originated from a Victorian hotel. “They wouldn’t say it’s definitely in Victoria and it can’t possibly come from anywhere else. In that sense, we’re open to any possibility,” he said.

Diplomats who have been able to quarantine at their home have also been flagged as a potential source of the variant. Jervis Bay is three hours drive from Canberra, where many diplomats reside.

“What I can’t answer is whether every diplomat who has done quarantine at home has had all the testing that’s required,” said Professor Sutton.

Five cases were announced on Saturday, including two linked to the Delta cluster, one family member of a COVID-positive aged care worker and two linked to the Craigieburn shopping centre, where health officials believe stranger-to-stranger transmission is occurring.

Health authorities said the first few days of the week would be critical to determining whether the extended lockdown ended on time, with COVID-19 commander Jeroen Weimar saying it remains to be seen whether the Delta outbreak had seeded beyond the ring of primary contacts.

Professor Sutton said it would not necessarily delay the lockdown timeline if officials could not find the origin of the Delta outbreak, so long as authorities were confident high testing levels and thorough contact tracing had snuffed out the chains of transmission.

Professor Sutton said while contact tracing was occurring rapidly, the concern for the coming next four to five days is “that there might be other cases out there that haven’t been discovered”.

Both Professor Lewin and Professor Sutton agreed it was highly improbable the virus had been circulated for weeks or months because a positive case would have been expected to turn up in hospital.

Professor Sutton said vaccination of returned travellers was now under discussion, with the nation’s vaccine expert group ATAGI set to give advice on the immune benefits of the practice within the next week. But he cautioned the practice could be “pretty tricky logistically”.

“You wouldn’t want to do it in hotel quarantine, where you have to observe someone for 15 minutes after their jab, with the door open to the corridor. The alternative is to do it outdoors, or in a big open space at the airport,” he said.

“The protection would kick in towards the end of quarantine so it’s not worthless … So [it’s] a lot of work for moderate benefit, and hard to know actually where the balance of risks lie there.”

The initial recent cluster of coronavirus in Victoria was first detected in early May, and has been traced back to a breach of South Australian hotel quarantine.

The roots of the second outbreak, announced on Friday and centred around two families from North Melbourne Primary School, are yet to be determined. Deakin University epidemiology chair Professor Catherine Bennett said if the first case to acquire symptoms, on May 25, got infected five to six days earlier that put the transmission around the time the family left Melbourne and arrived in NSW.

“So either place is in the time frame,” she said.

Of the five cases announced on Saturday, three were already in isolation and pose minimal risk. Two were linked to a Craigieburn shopping centre, where authorities believe “fleeting” transmission has been occurring, prompting consideration of shutting the centre. Six exposure sites in Craigieburn were listed on Saturday.

One of the two cases performed cleaning at a Probuild construction site in Melbourne’s Queen Street, which has been shut down, sending 170 workers into isolation.

The other cases include a second son in the family believed to have been infected by the family that travelled to Jervis Bay. A workplace contact of the travelling family has also been infected, taking the Delta cluster to nine. Exposure sites linked to Delta cases have been listed in the city and inner-north and west of Melbourne. There are about 340 close contacts related to the cluster of nine, 82 per cent of whom have returned negative tests.

Stay across the most crucial developments related to the pandemic with the Coronavirus Update. Sign up for the weekly newsletter.