Frankfurt: AstraZeneca denies its COVID-19 vaccine is not very effective for people over 65, after German media reports said officials feared the shot may not be approved in the European Union for use in the elderly.

German daily papers Handelsblatt and Bild said in separate reports the vaccine – co-developed by AstraZeneca and Oxford University – had an efficacy of 8 per cent or less than 10 per cent, respectively, in those over 65 years of age.

German officials were concerned the vaccine may not receive approval from the EU’s medicines authority EMA for use in the age group, Bild said in its online edition. 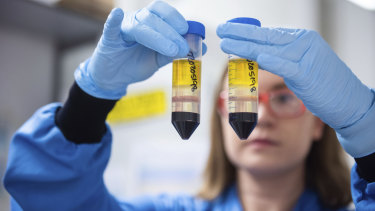 The reports mark another potential issue for AstraZeneca, which told the EU on Friday it could not meet agreed supply targets up to the end of March after running into vaccine production problems.

Frustration was already growing among European countries because Pfizer and partner BioNTech announced a temporary slowdown in vaccine supplies earlier in January.

In a written response, AstraZeneca described the German media reports as “completely incorrect”.

It said Britain’s Joint Committee on Vaccination and Immunisation supported the vaccine’s use in the elderly. It also said that a strong immune response to the vaccine had been shown in blood analysis of elderly trial participants.

In December Britain became the first country to approve the two-shot vaccine and did not impose an upper age limit. It has so far focused on the elderly and healthcare workers for its immunisation campaign.

AstraZeneca’s main trial in Britain started testing on adults no older than 55 because it initially focused on healthcare personnel and frontline workers in active duty.

Elderly trial participants were recruited later so that infections, which are needed to arrive at reliable efficacy data, were also coming in later.

Researchers at Oxford University said in a paper published in medical journal The Lancet on December 8, when details of key vaccine trials held in Britain and Brazil were released, that efficacy data based on infections in the elderly were still limited.

“Efficacy data in these cohorts are currently limited by the small number of [infection] cases, but additional data will be available in future analyses,” they wrote.