BREAKING: Assassin is found guilty of double murder after shooting dead mother-of-nine, 53, and her sleeping nephew, 21, in botched revenge hit in family home

An assassin has been found guilty of a double murder after shooting a mother-of-nine and her nephew dead in a botched revenge hit at a family home.

Obina Ezeoke, 28, was convicted after an unprecedented five successive trials at the Old Bailey.

A trial at the Old Bailey heard Ezeoke crept into a family home and shot 21-year-old student Bervil Kalikaka-Ekofo in the back of his head while he slept in bed as part of a ‘vendetta of violence’.

He then blasted the victim’s aunt Annie Besala Ekofo, 53, in the chest when she came out of her bedroom dressed only in her underwear in the early hours of 15 September 2016, jurors heard.

Neither Bervil nor Annie were the intended targets, the Old Bailey was told. 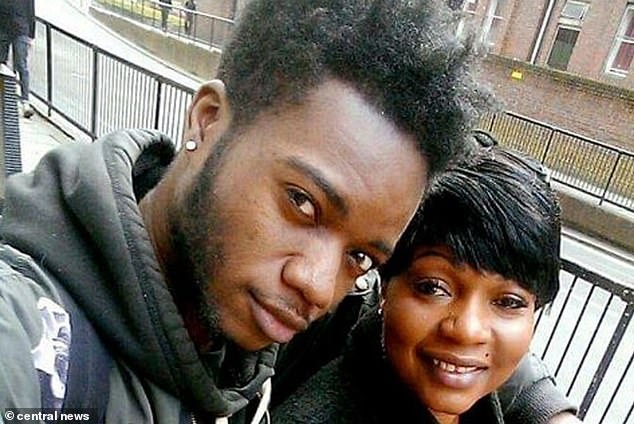 Student Bervil Kalikaka-Ekofo, 21, (left) was shot in the back of the head by the assassin, prompting his aunt Annie Besala Ekofo, 53, (right) to investigate. She was shot in the chest

Related posts:
‘We are very conscious of too much Ed Sheeran’
Only one in five Brits use lunch break to eat – most browse social media instead
Popular News
Emmy show will include $2.8M donation to fight child hunger
19/09/2020
Man Utd wonderkid Ramon Calliste, called ‘the next Giggs’, now owns luxury watch business and makes £5m a year – The Sun
26/03/2020
Megan Thee Stallion Addresses Criticism Over Twerking: ‘I Love to Shake My A**’
26/03/2020
Police guard shops to stop coronavirus panic-buyers and enforce social distancing – The Sun
26/03/2020
Coronavirus: Good Morning Britain’s Dr Hilary reveals ‘game-changing’ self-testing kit
26/03/2020
Recent Posts
This website uses cookies to improve your user experience and to provide you with advertisements that are relevant to your interests. By continuing to browse the site you are agreeing to our use of cookies.Ok