It’s a huge backflip for Governor Doug Ducey, who ended a stay-home order in mid-May and had allowed most businesses to reopen. 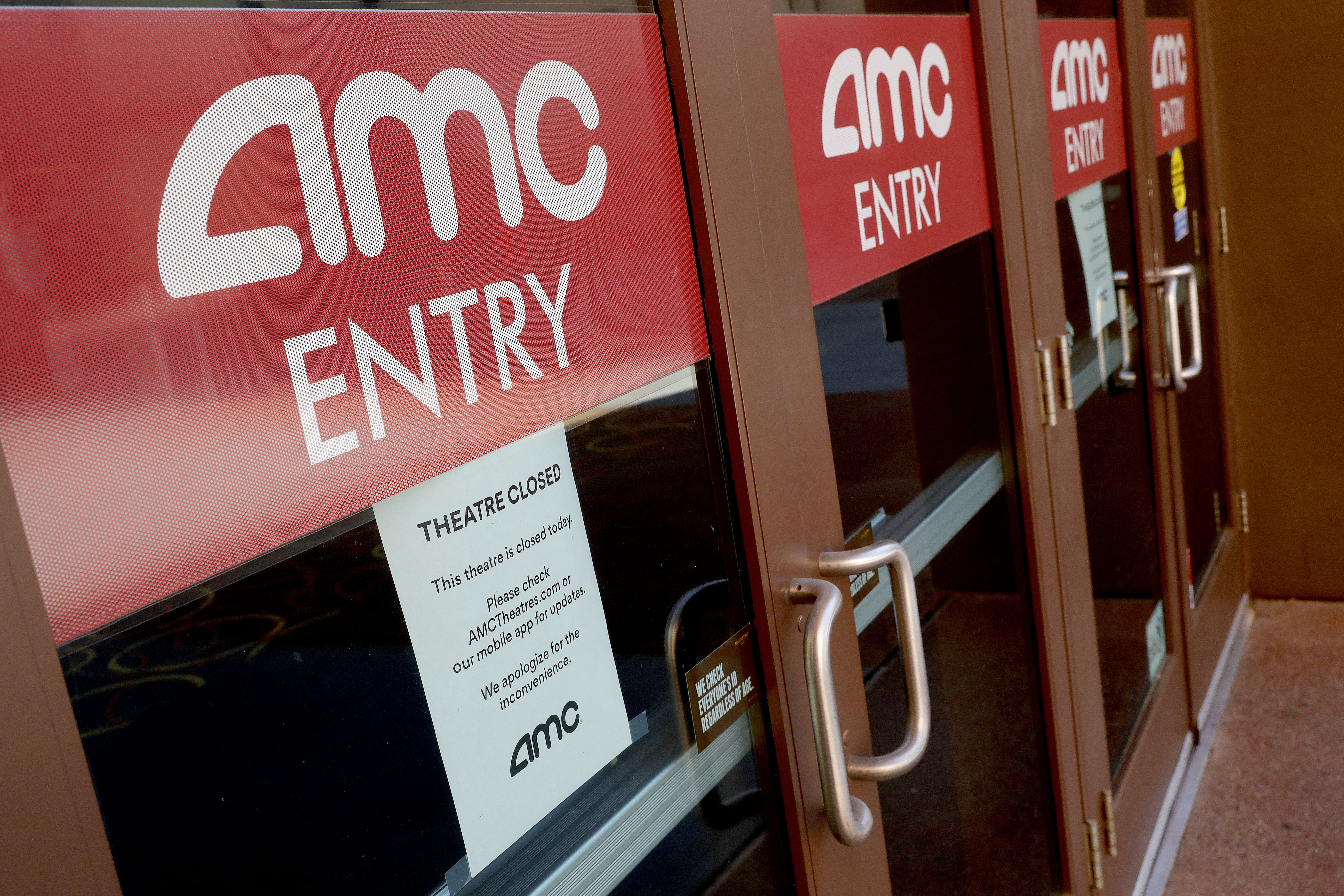 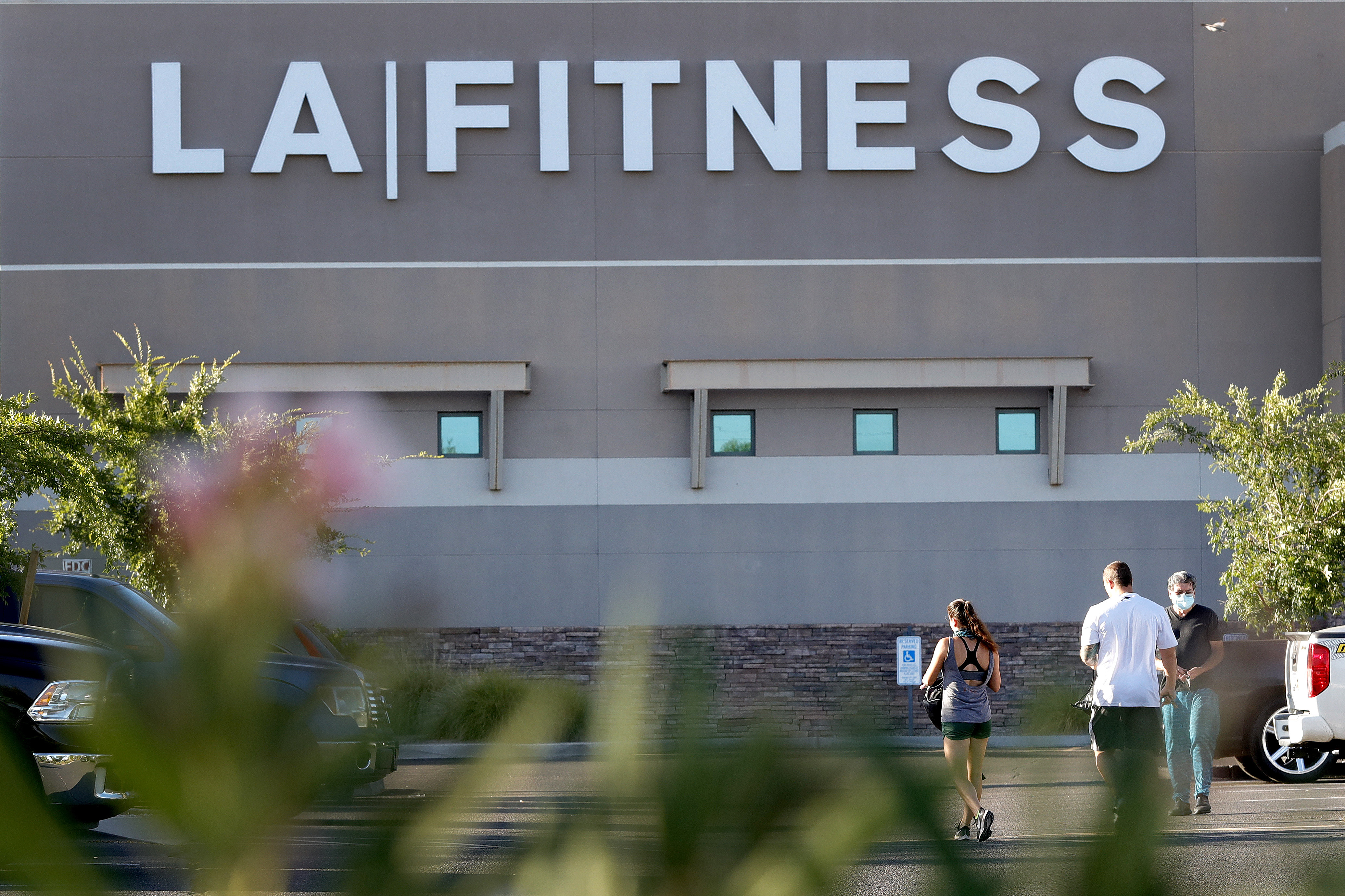 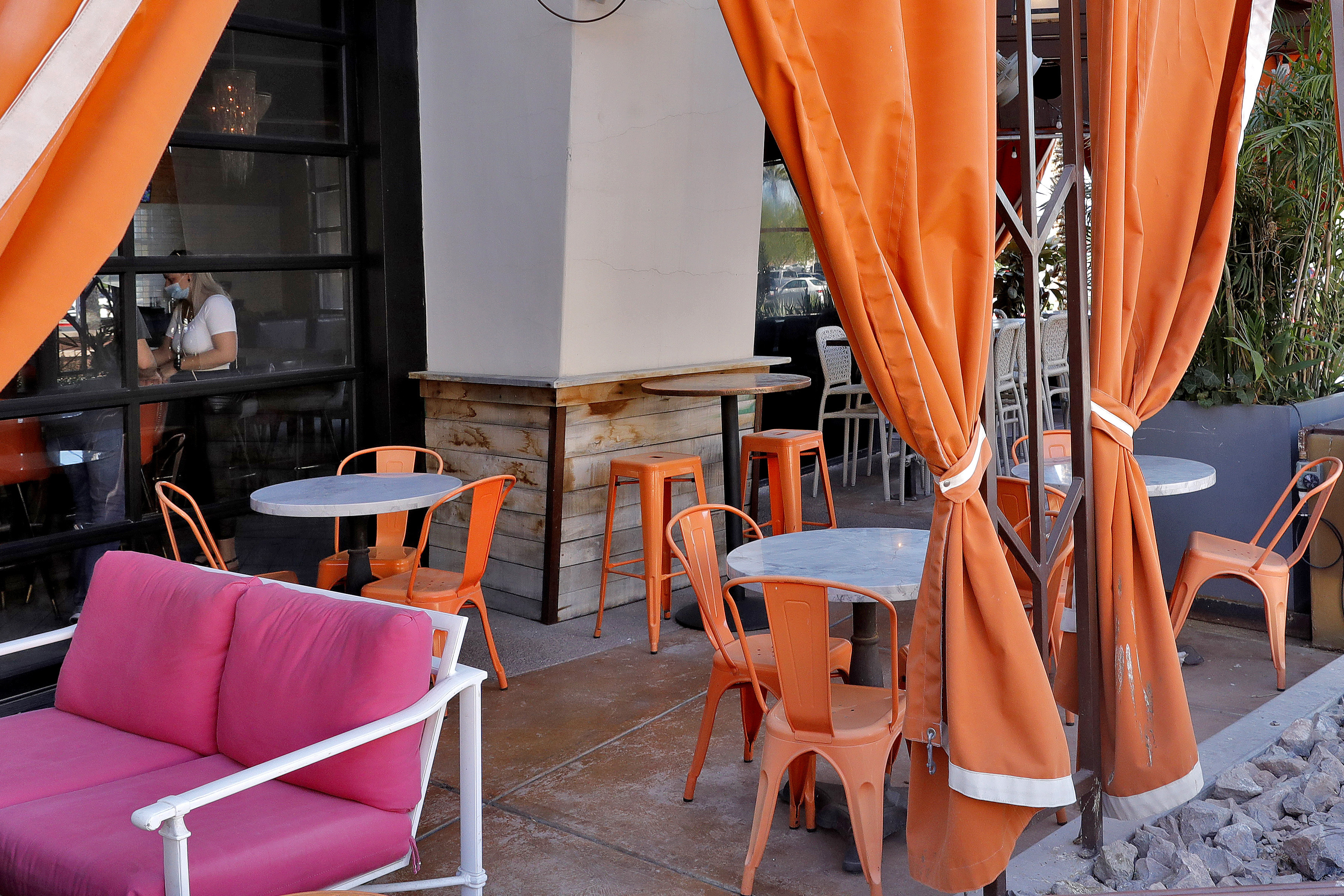 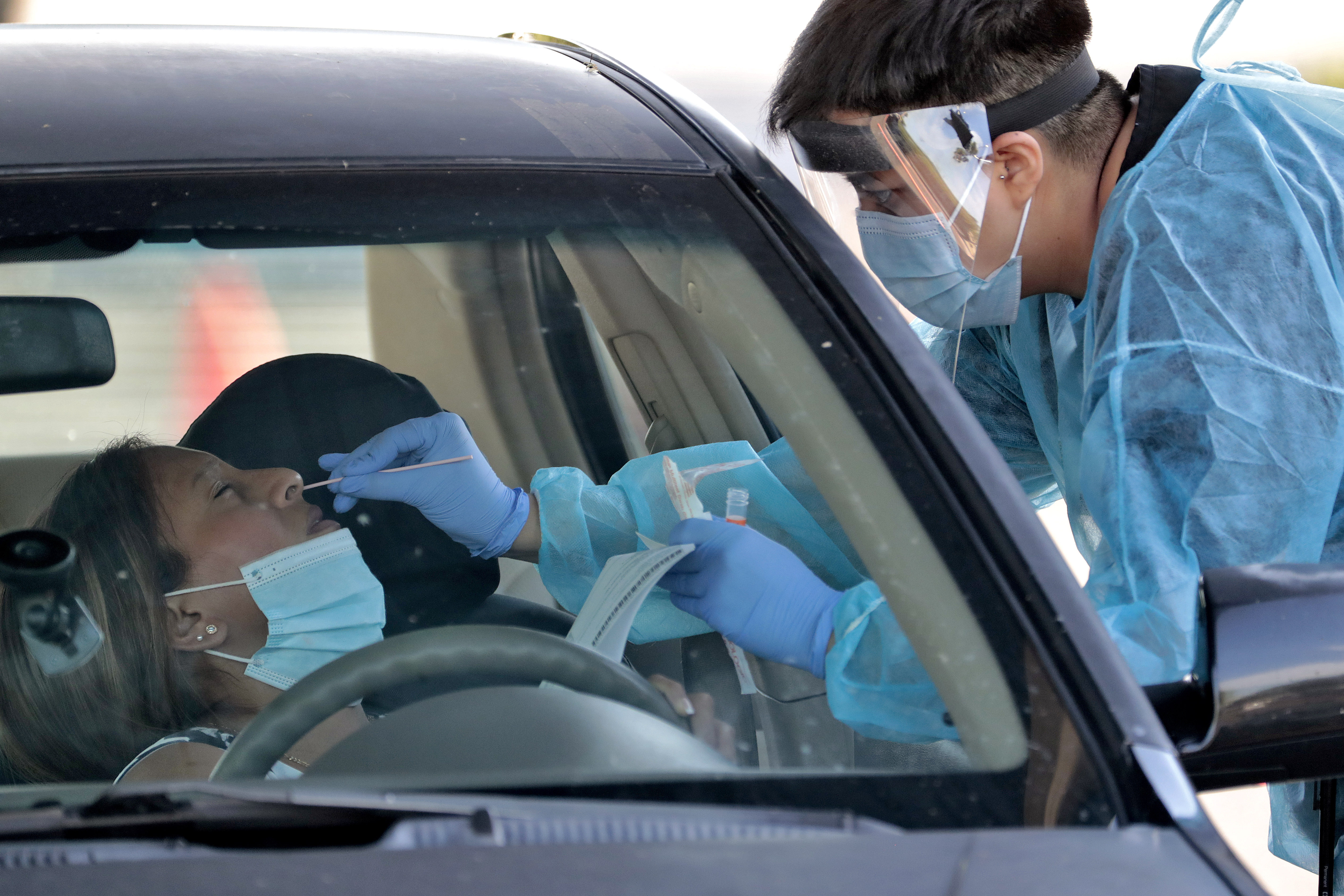 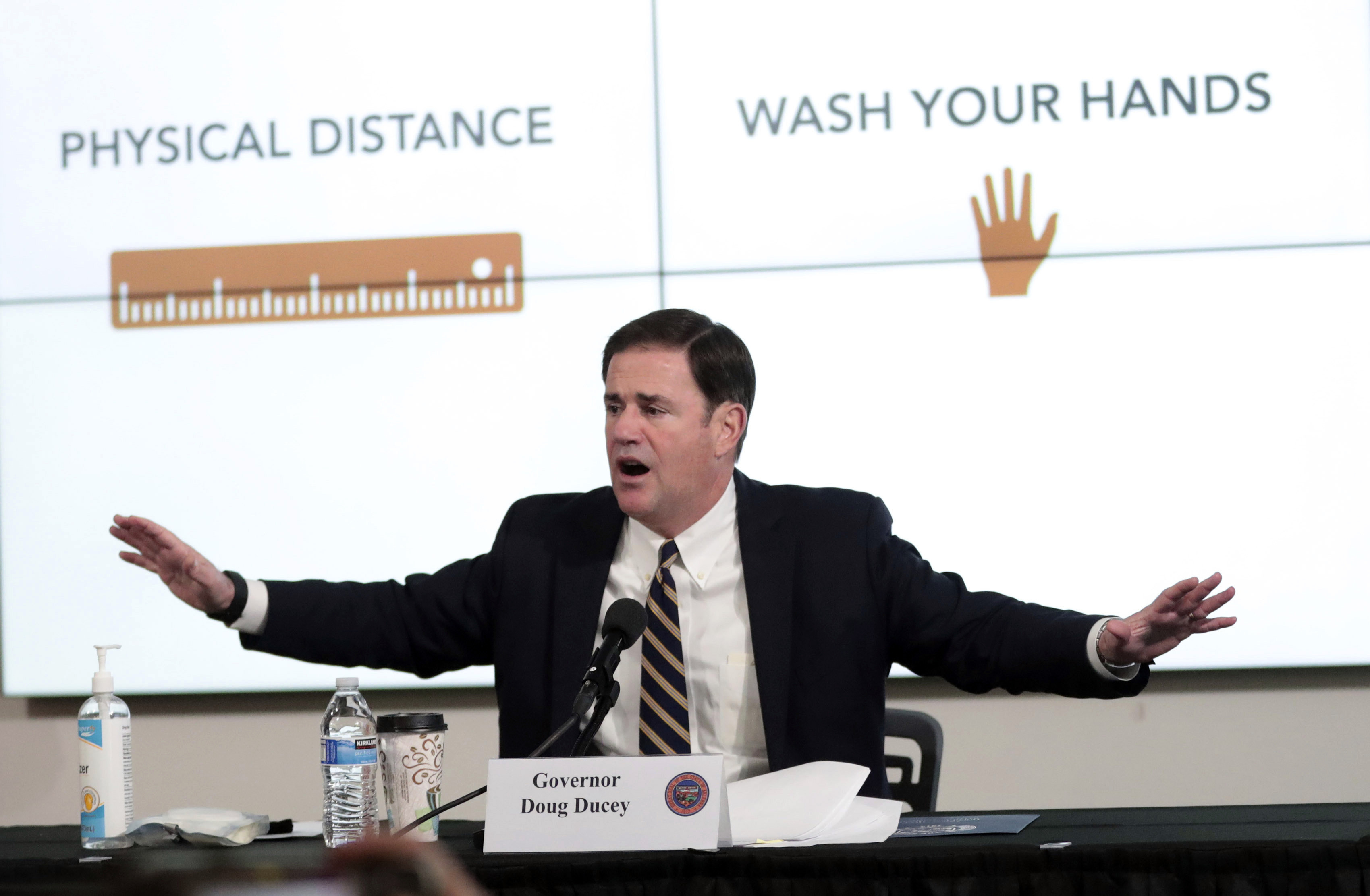 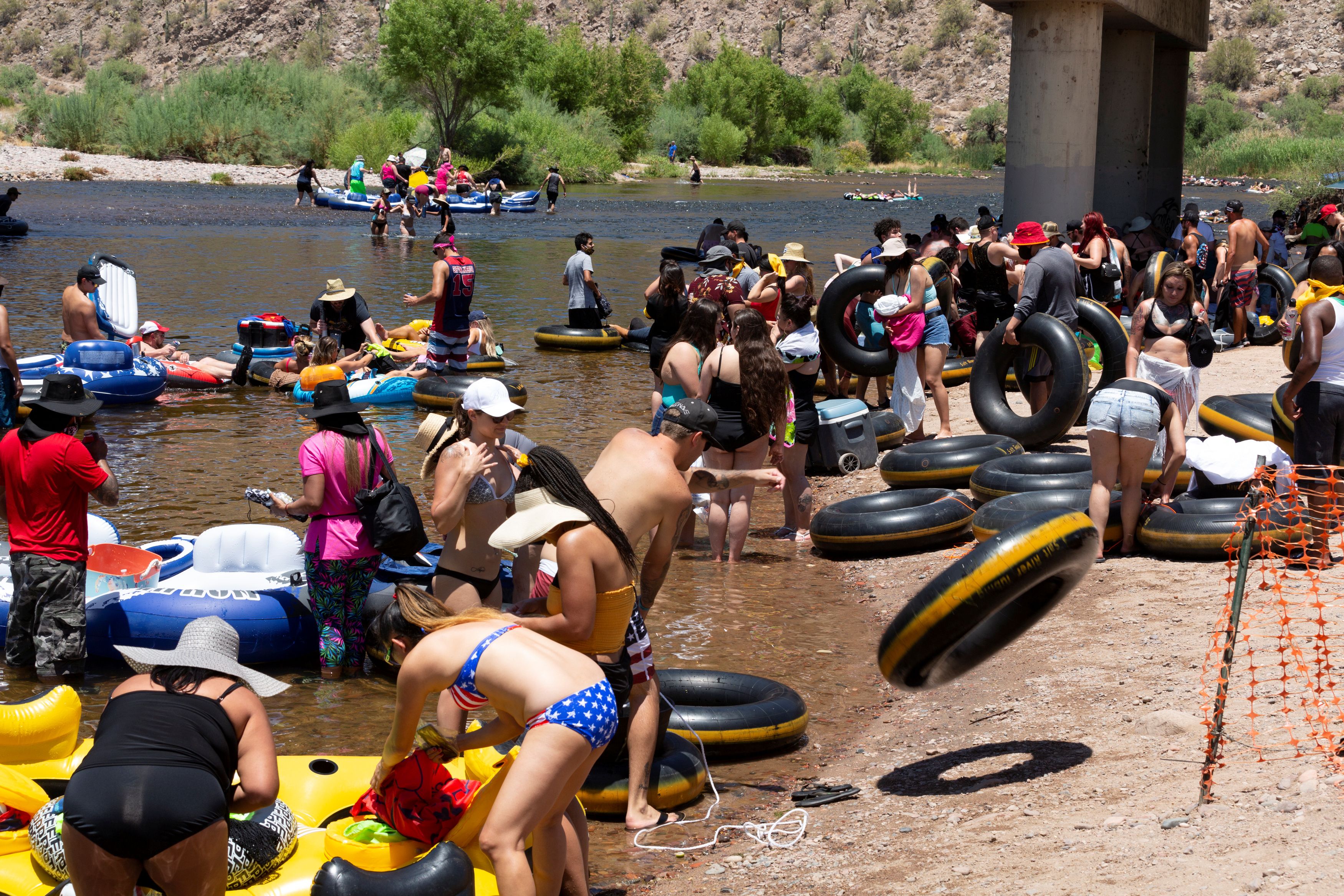 In a desperate bid to reverse the trend of Covid-19 rampaging through Arizona, Ducey on Monday signed an Executive Order to prohibit large gatherings of more than 50 people.

The temporary closure of these businesses took effect from 8pm June 29, and is effective for one month.

Ducey delayed the start of public schools for in-person learning until at least August 17, to help save lives.

Schools will be able to conduct distance learning should they choose before then.

"Our expectation is that next week our numbers will be worse," the sombre-looking leader said at an afternoon news conference.

Hospitals statewide are filling up with patients, some critically ill.

Thousands more infections are being reported each day, and more than 1,535 people have died.

The measure takes the state one step further in the battle against the killer bug, after Ducey on June 18 allowed cities and counties to require masks in public – but didn’t issue a statewide order.

An intensive care nurse in metro Phoenix said she cries when she thinks about all the people who have died from the virus in her hospital. 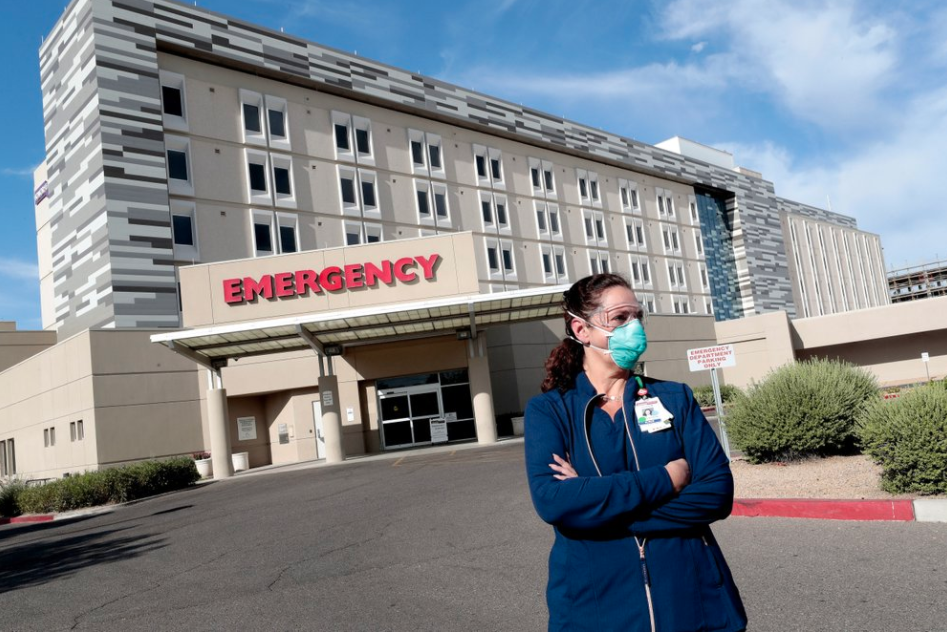 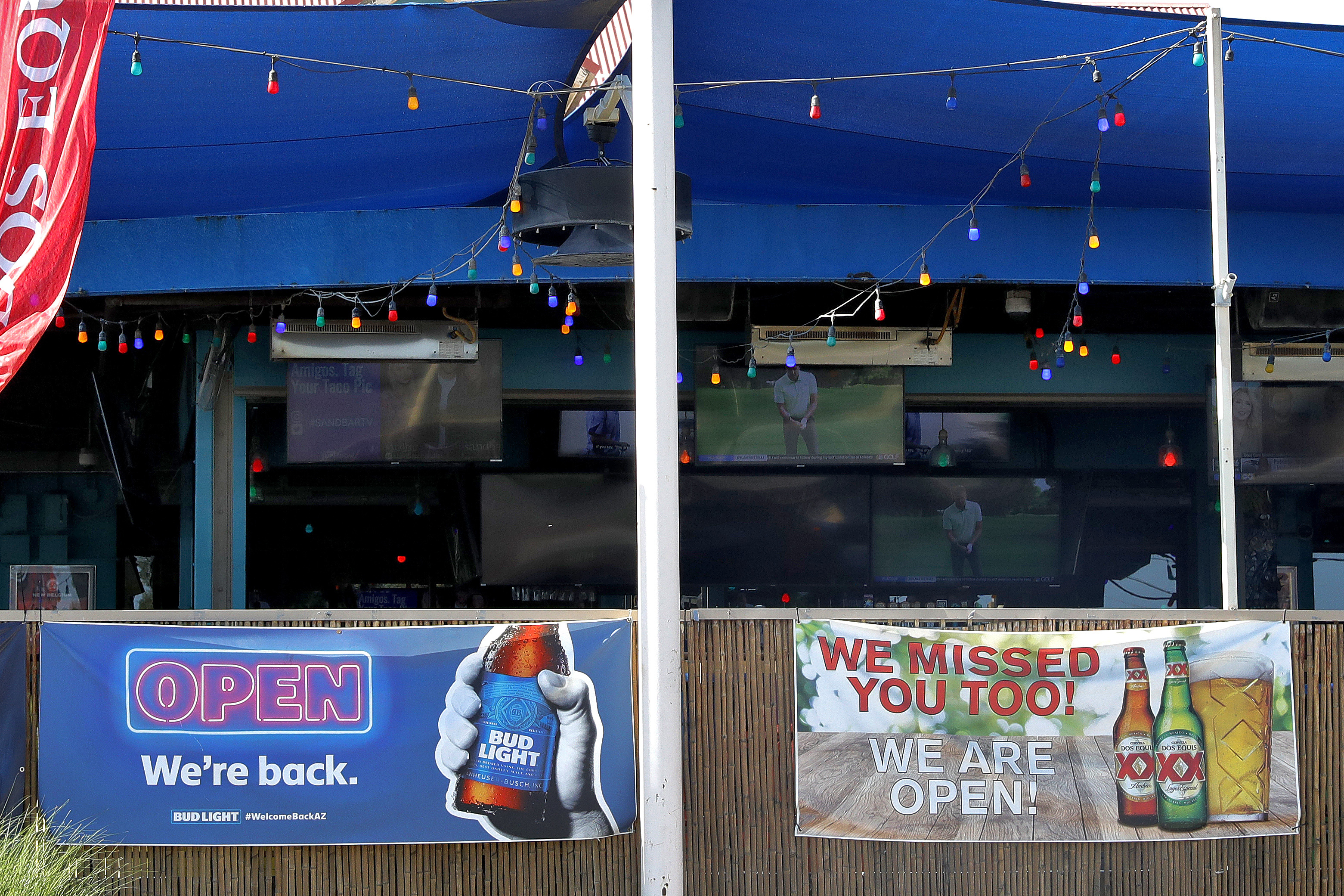 "Last week we withdrew life support on a 48-year-old mother and I stood out there with her 17-year-old son as she passed away."

Muzzy is a clinical nurse specialist at southern Arizona’s Tucson Medical Center, where all 20 of 36 ICU beds dedicated to Covid-19 patients are full.

Dr Lisa Goldberg, director of the Tucson's emergency department, said: “This is not a sprint, this is a marathon. In fact it’s an ultra-marathon."

Arizona's actions follow steps taken by California, Texas and Florida – which ordered the closure of all of their recently reopened bars and beaches on Friday.

California and Texas both marked record spikes in new Covid-19 infections on Monday, a Reuters tally showed, as Los Angeles reported an alarming one-day surge in America's second-largest city that put it over 100,000 cases. 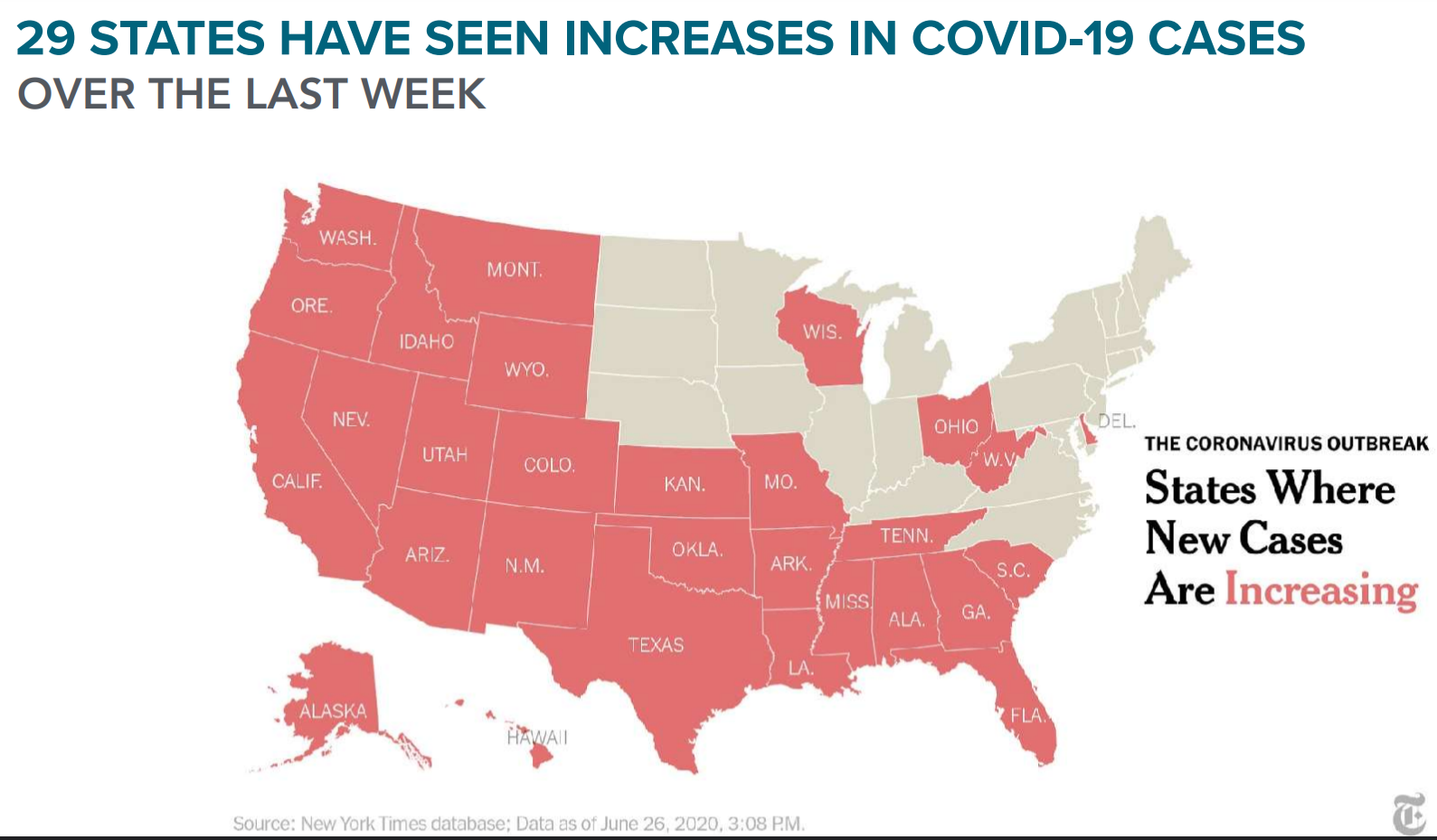 Beaches in Florida's Broward County and Palm Beach County will not open for the July 3-5 holiday weekend, officials said on Sunday, dashing residents' hopes to celebrate Independence Day there.

AMC, the largest US movie theater chain, said on Monday it was pushing back the reopening of its theaters from July 15 to July 30.

Los Angeles has become a new epicenter in the pandemic as coronavirus cases and hospitalizations surge there despite California Governor Gavin Newsom's strict orders requiring bars to close and residents to wear masks in nearly all public spaces.

LA Mayor Eric Garcetti announced a "hard pause" on when movie theaters, theme parks and other entertainment venues can reopen.

Los Angeles County said its beaches will be closed for the Independence Day weekend and fireworks displays will be banned.

The New York Times reported on Monday that 43 per cent of US deaths from Covid-19 were linked to nursing homes and long-term care facilities. The paper cited its own tracking database.

Health Secretary Alex Azar warned that "the window is closing" for the country to get the pandemic under control, as the US tops the world's Covid-19 death tally, surpassing 128,000 fatalities. 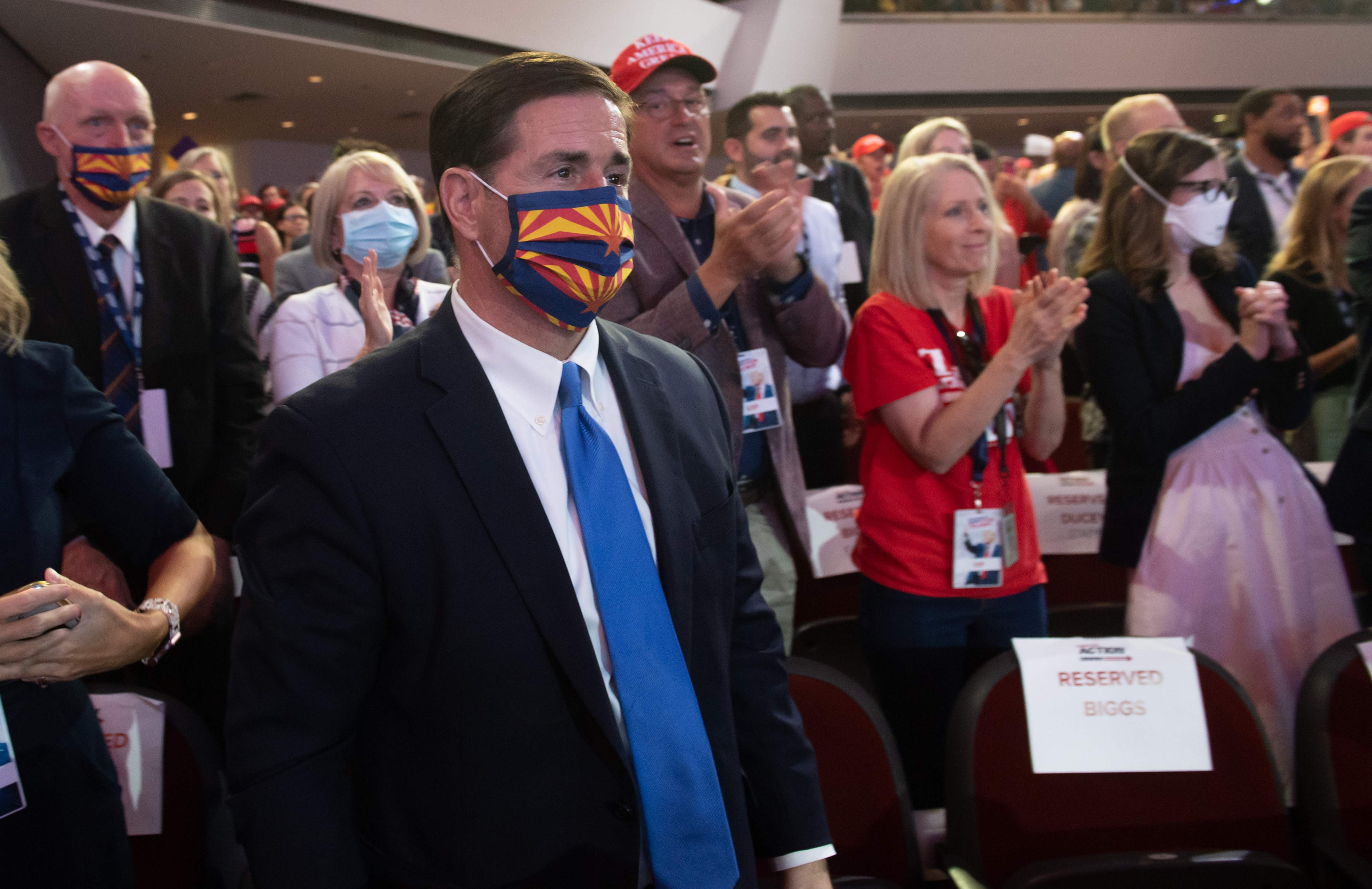 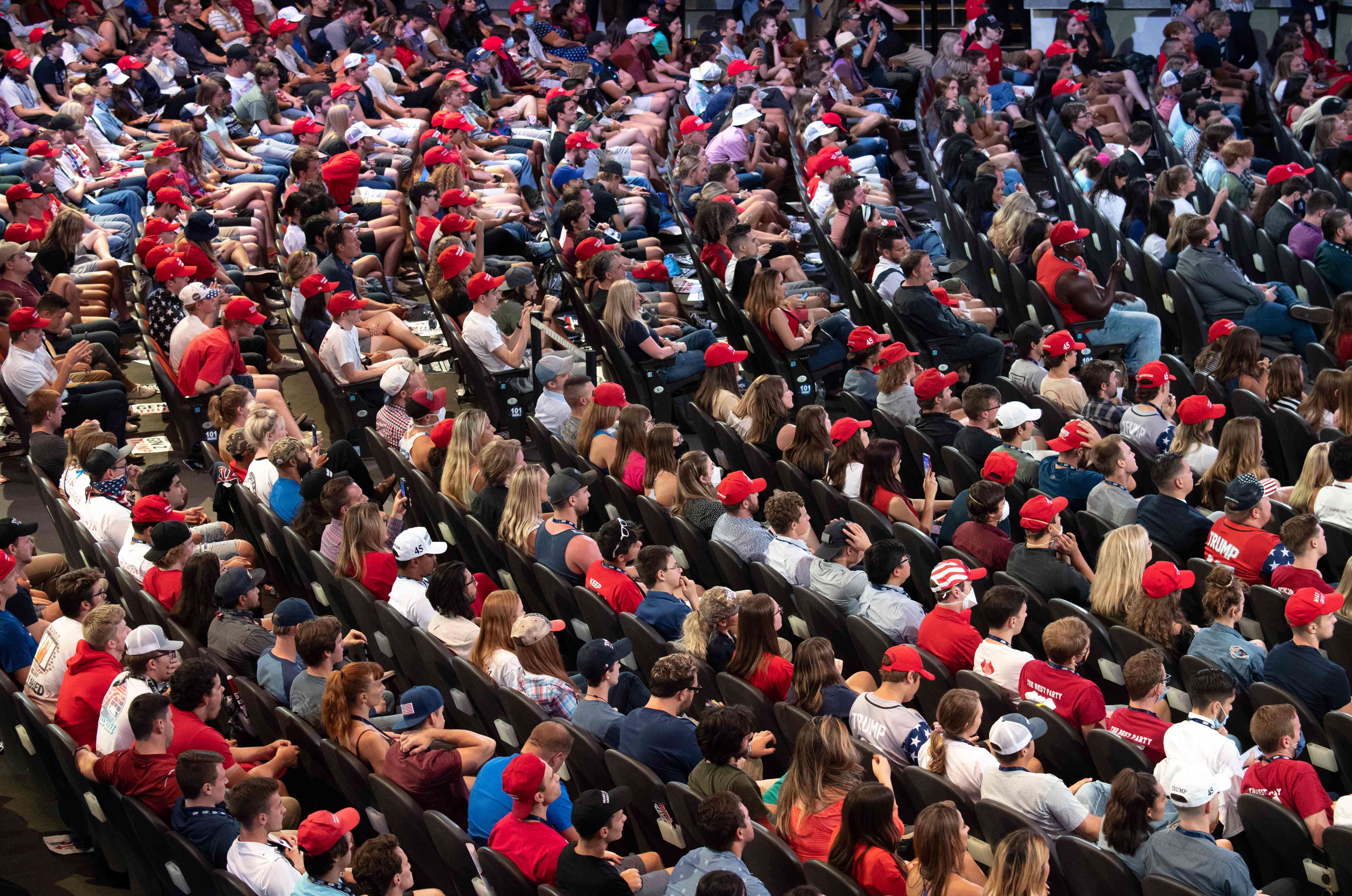 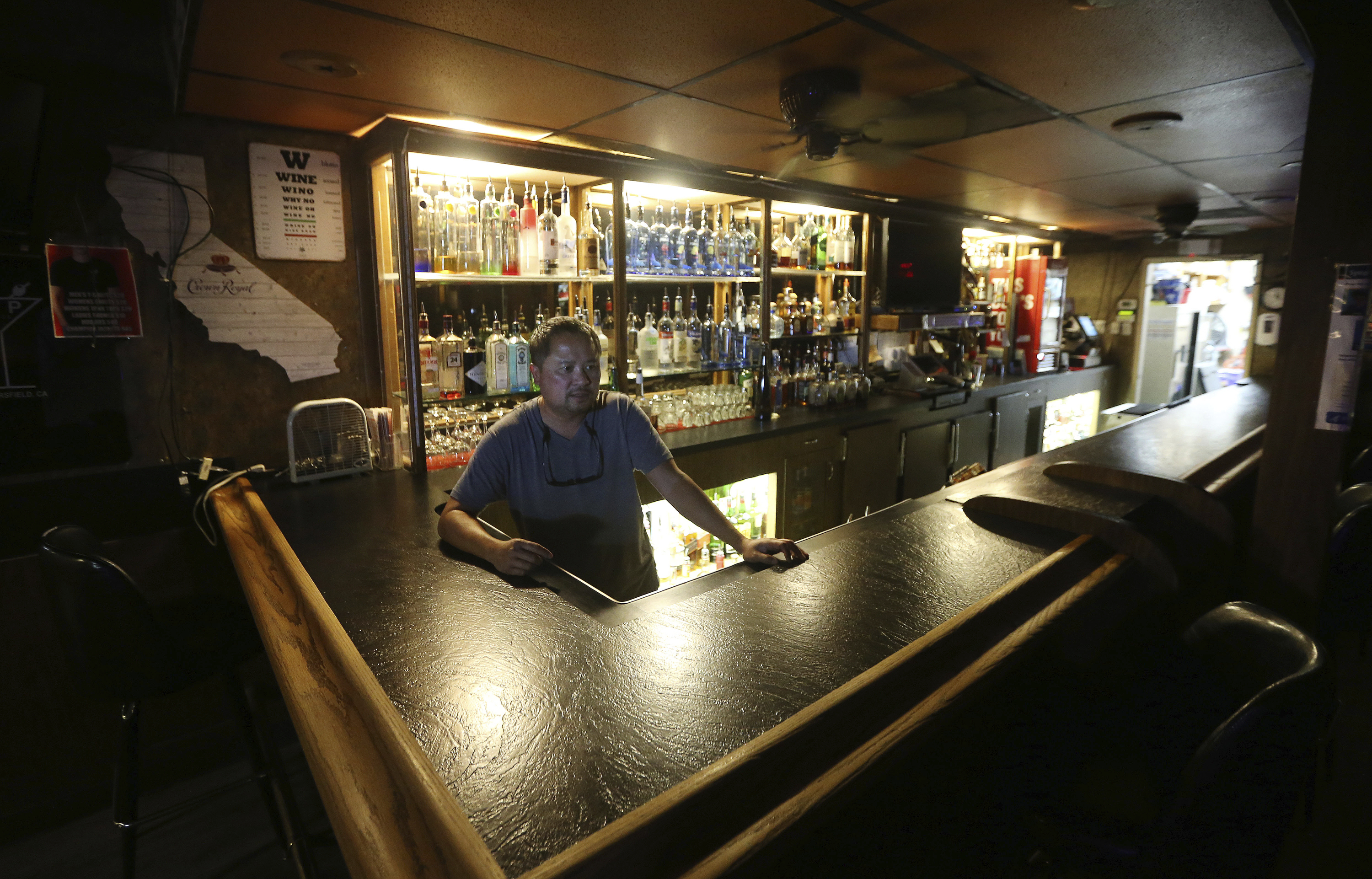 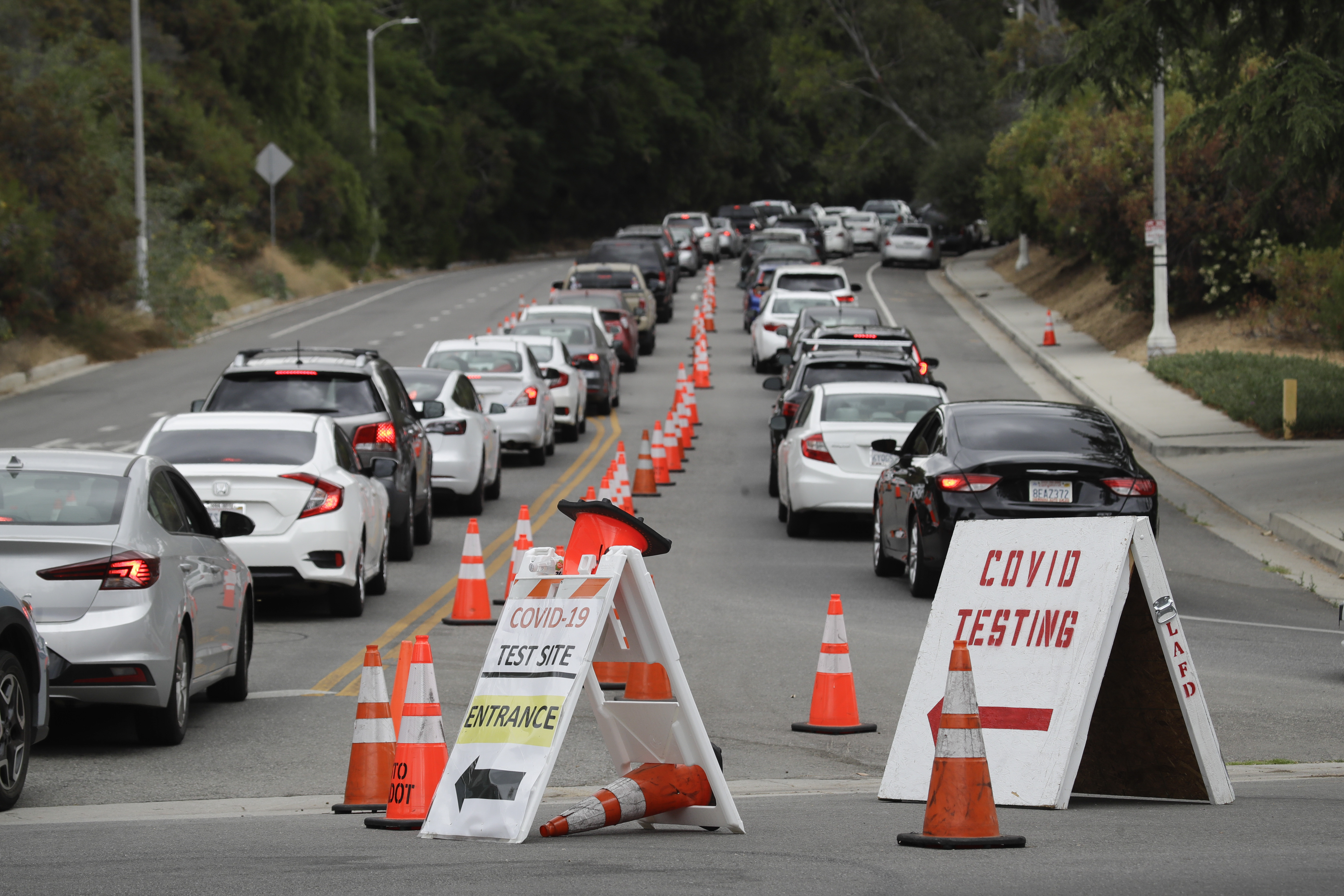 Related posts:
Kim Kardashian Debuts New Red Hair & No, It’s Not a Wig!
LloydsPharmacy teams up with Deliveroo to bring medication to your door
Popular News
Stacey Dooley: Strictly star responds to Kevin Clifton’s ‘penis name’ post ‘Kill me now’
09/07/2020
Man Utd wonderkid Ramon Calliste, called ‘the next Giggs’, now owns luxury watch business and makes £5m a year – The Sun
26/03/2020
Megan Thee Stallion Addresses Criticism Over Twerking: ‘I Love to Shake My A**’
26/03/2020
Police guard shops to stop coronavirus panic-buyers and enforce social distancing – The Sun
26/03/2020
Coronavirus: Good Morning Britain’s Dr Hilary reveals ‘game-changing’ self-testing kit
26/03/2020
Recent Posts
This website uses cookies to improve your user experience and to provide you with advertisements that are relevant to your interests. By continuing to browse the site you are agreeing to our use of cookies.Ok