ALMOST 8,000 people have been forced to evacuate their homes on Saturday as a wildfire raged uncontained across more than 15,000 acres in Riverside County in Southern California.

The fire, dubbed the Apple Fire by local firefighters – who routinely give blazes identifying names – was reported on Friday in Cherry Valley, a community about 75 miles east of Los Angeles and had destroyed at least one family home as of Saturday evening. 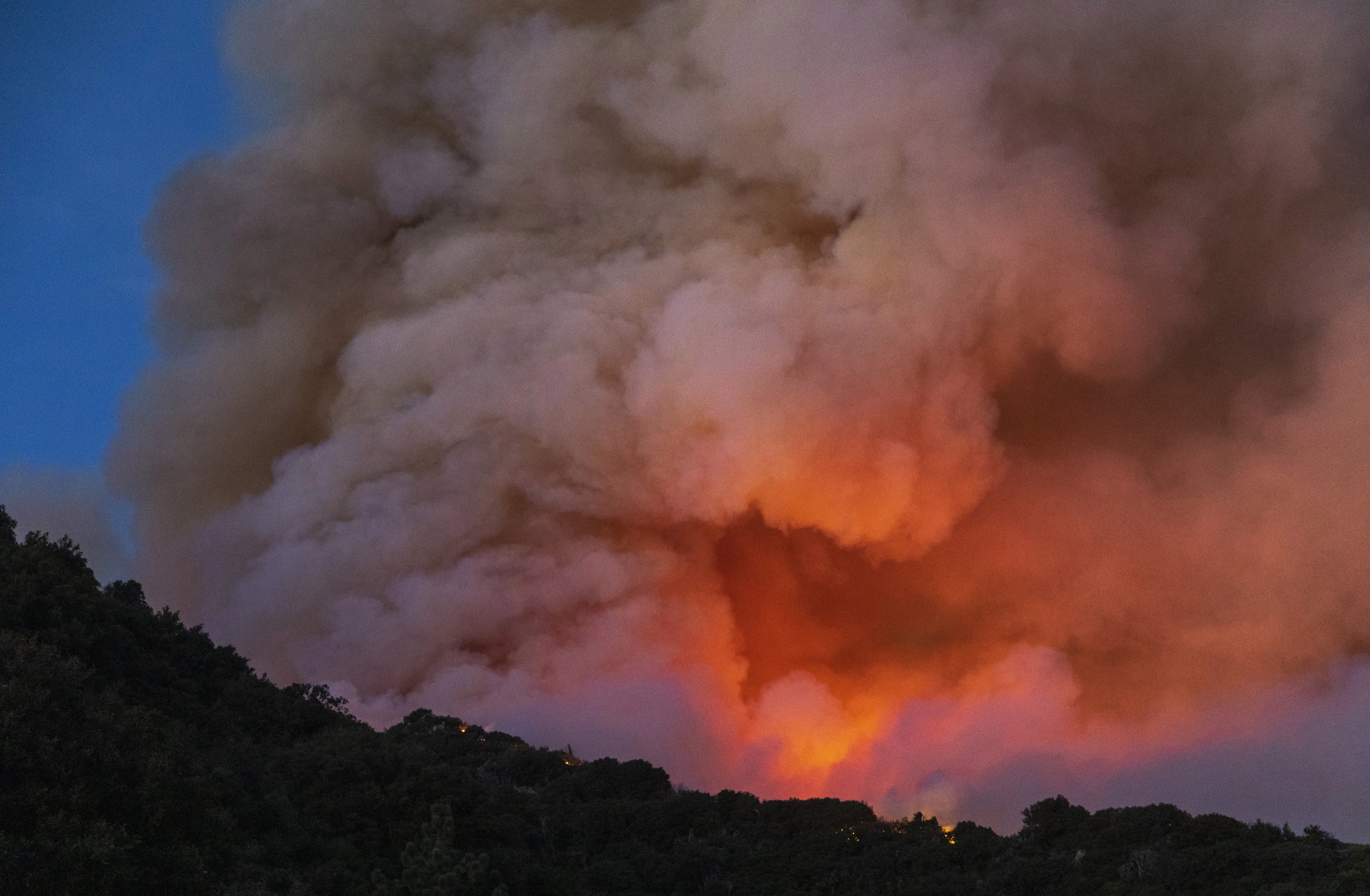 Photographs shared by the Riverside County fire department on Twitter on Saturday showed thick plumes of smoke filling the sky over the mountainous region.

Residents of 2,586 homes, totaling around 7,800 people, had been told to evacuate, the fire department said.

The fire had grown from 700 acres on Friday evening to as many as 15,000 acres by Sunday morning and was 0 per cent contained, according to the County fire department and the California Department of Forestry and Fire Protection (Cal Fire).

The fire was first reported on July 31 at 4.55pm, with reports that it may have been started by arson, although this has not been confirmed by authorities. 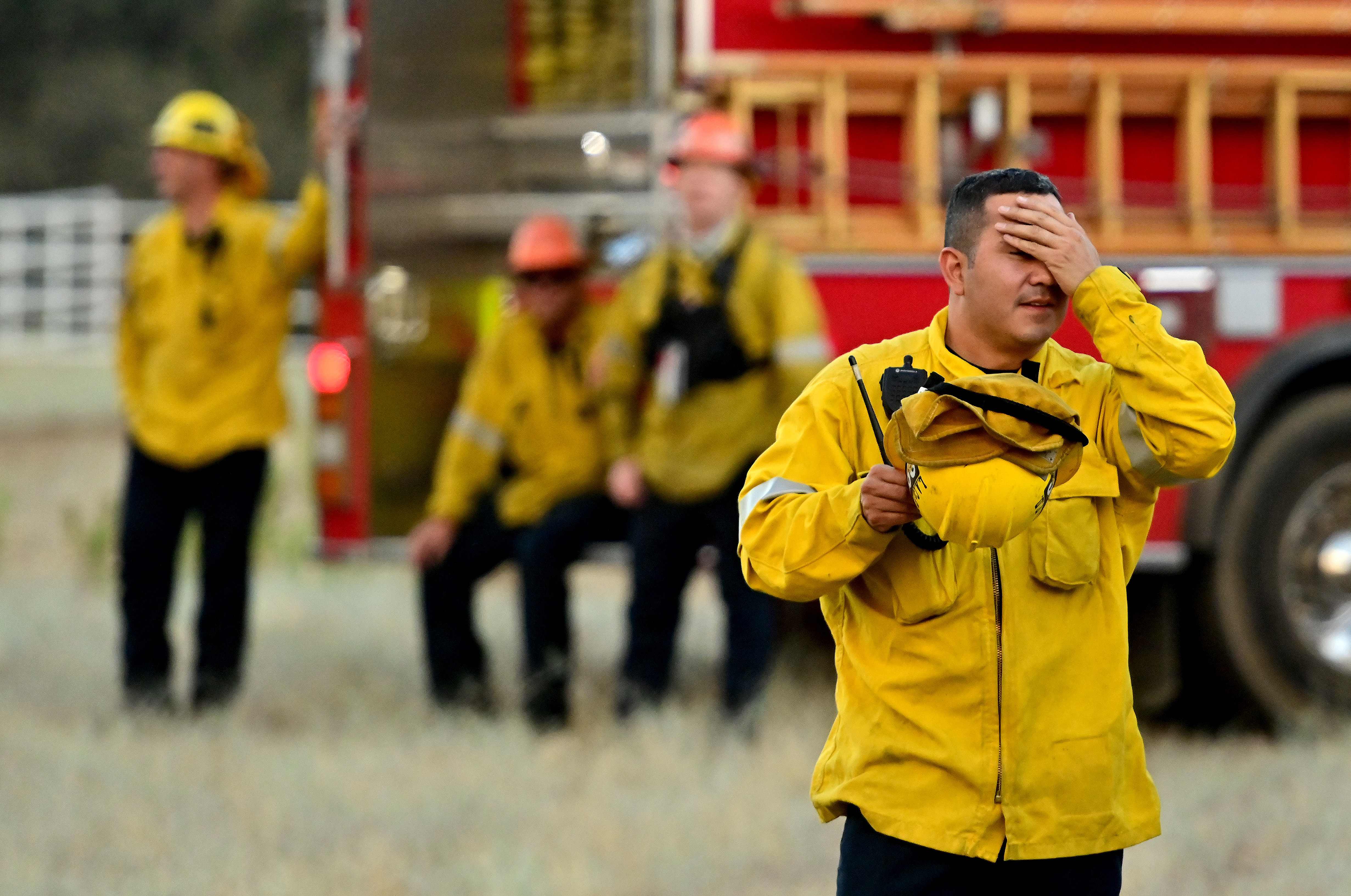 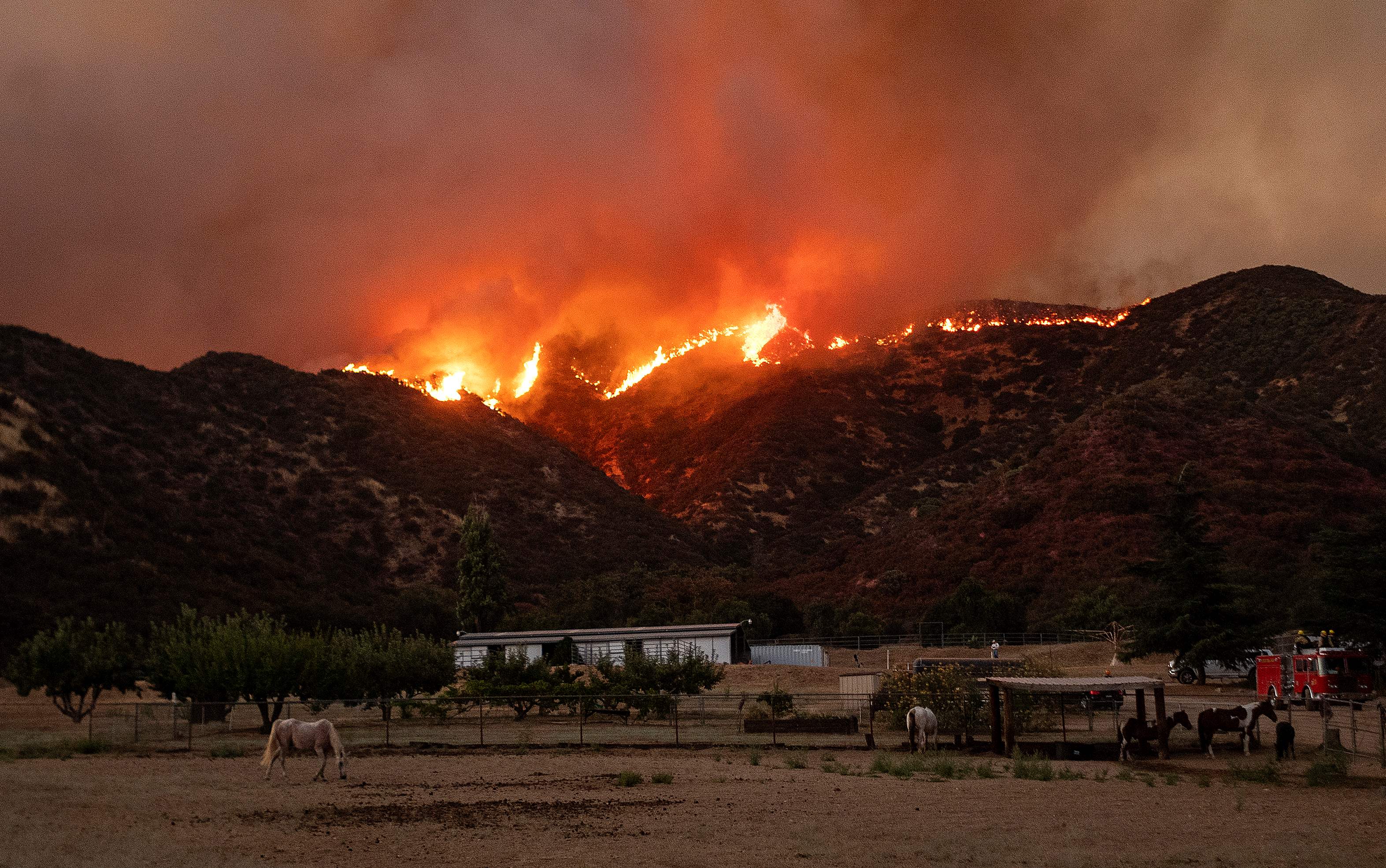 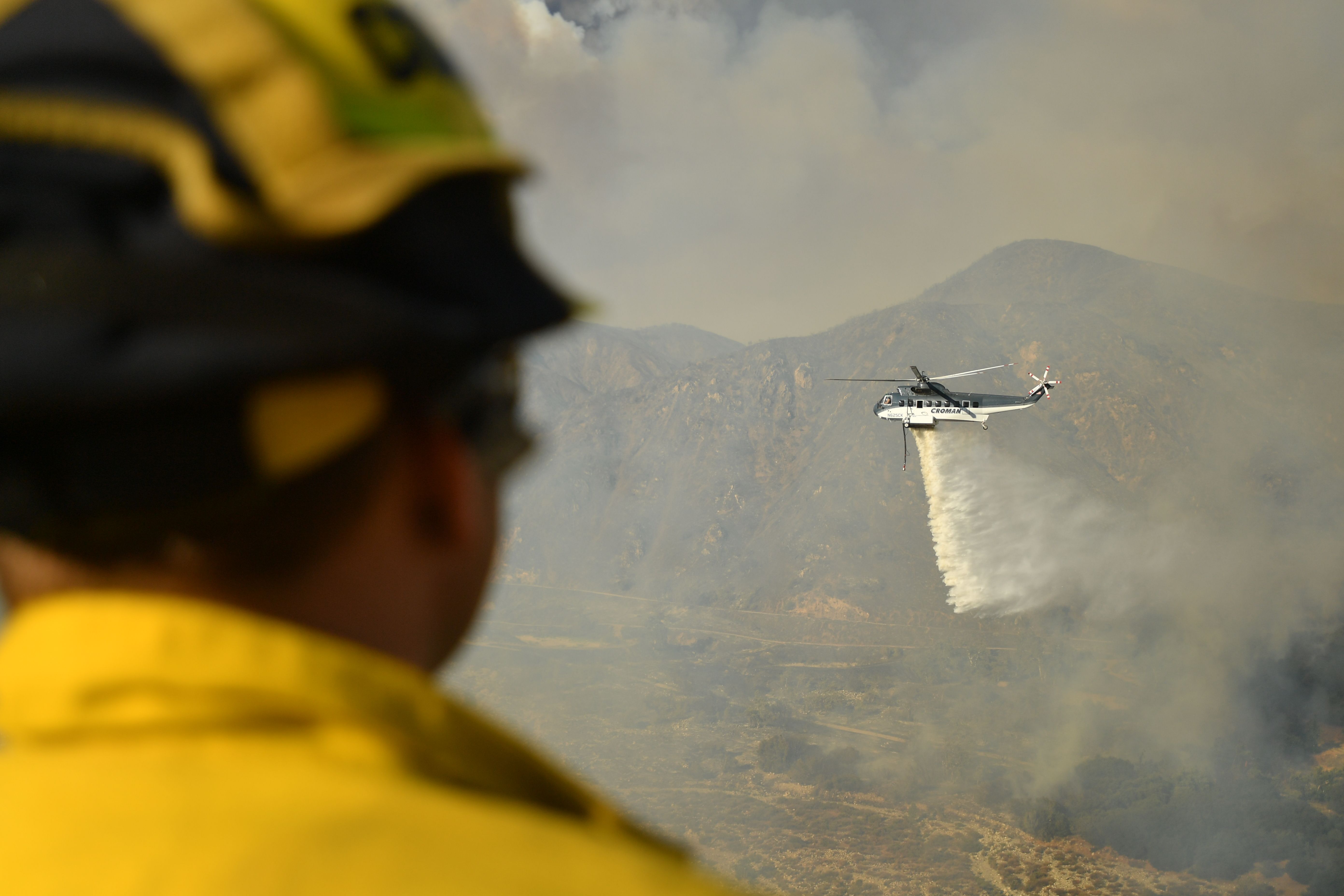 Local resident Bryan Quan, who has lived in the area for a year said he was "angry".

"I'm angry that somebody could potentially light this," he told ABC7.

Two possible arson fires were reported on Friday in the area of Apple Tree Lane and Oak Glen Road on the north end of the unincorporated community bordering Beaumont, and merged into one by 5.45 pm, NBC reported.

Steep and rugged terrain in the area has made it difficult for crews on the ground to access the front line of the fire.

"Lots of oils in, so when it's going up these canyons, it's creating all that heat because of those oils and those fuels," said Cal Fire Capt. Richard Cordova in a statement.

"And what you'll see is these big plumes of smoke going up, especially the darker (ones), and once it gets into the atmosphere, it'll start creating its own weather."

A family home and two outbuildings have been destroyed by the fire, while evacuation centers have been set up in hotels and a high school.

Hot temperatures, very low humidities and onshore winds means there is increased potential for plume growth over the weekend, according to the National Weather Service.