Anti-Trump professor's coronavirus wish for president's supporters gets her suspended 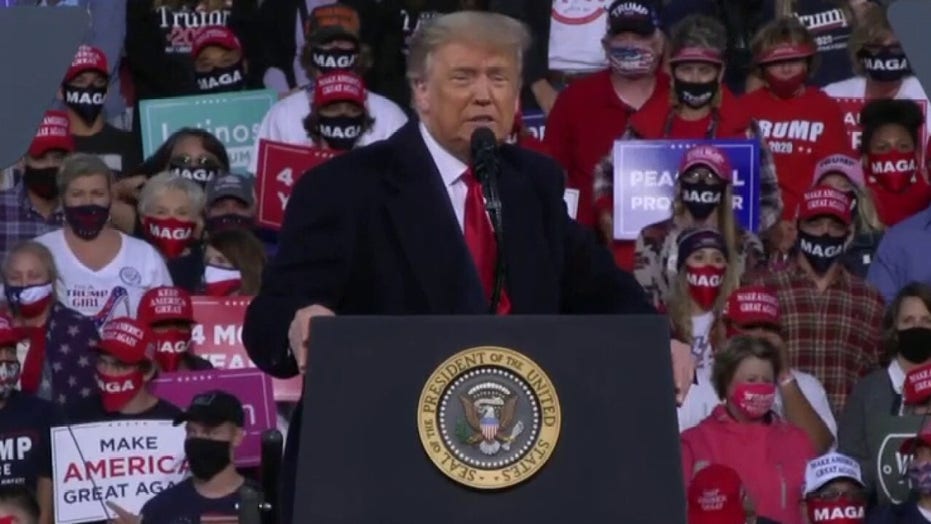 President Trump weighs in on the likely TikTok deal at a ‘Great American Comeback’ event in Fayetteville, NC.

A professor at Marshall University in West Virginia was suspended last week after allegedly saying she hoped President Trump’s supporters would all die from the coronavirus, according to reports.

“I’ve become the type of person where I hope they all get it and die," Professor Jennifer Mosher said while talking to students remotely about how some Trump supporters refuse to wear masks or social-distance, especially at his rallies, The Hill reported. "I’m sorry, but that’s so frustrating — just — I don’t know what else to do. You can’t argue with them, you can’t talk sense with them, um, I said to somebody yesterday I hope they all die before the election."

After a student reportedly recorded what Mosher said and posted it on social media — where it went viral — the university issued a statement saying it was "aware of an overtly political statement made by a faculty member in a recent virtual classroom session and widely circulated on social media.

"The University does not support or condone the use of any of its educational platforms to belittle people or wish harm on those who hold differing political views," the statement said, according to The Hill.

The university added that the professor was removed from the classroom and placed on administrative leave, pending an investigation.

Mask wearing has become a hyper-partisan issue, although most health experts say large gatherings without masks or social distancing can spread the virus which has already killed nearly 200,000 Americans, according to the Centers for Disease Control and Prevention.

Earlier this month, the Trump campaign violated Nevada Gov. Steve Sisolak's ban on indoor gatherings of more than 50 people by holding a rally with thousands of supporters in a warehouse in Henderson, outside Las Vegas. The owner of the venue was later fined $3,000 by the city.

Related posts:
Guess Who These NFL Cute Kids Turned Into!
‘Honey Cigar’ Review: Personal and Political Issues Merge in Female-Centered French Debut
Popular News
‘GLOW’s Sunita Mani Posts Letter Demanding More Inclusion And Authentic Storytelling On Netflix Comedy Prior To Cancellation
20/10/2020
Man Utd wonderkid Ramon Calliste, called ‘the next Giggs’, now owns luxury watch business and makes £5m a year – The Sun
26/03/2020
Megan Thee Stallion Addresses Criticism Over Twerking: ‘I Love to Shake My A**’
26/03/2020
Police guard shops to stop coronavirus panic-buyers and enforce social distancing – The Sun
26/03/2020
Coronavirus: Good Morning Britain’s Dr Hilary reveals ‘game-changing’ self-testing kit
26/03/2020
Recent Posts
This website uses cookies to improve your user experience and to provide you with advertisements that are relevant to your interests. By continuing to browse the site you are agreeing to our use of cookies.Ok