An entire Spanish family with ELEVEN children has caught coronavirus

An entire Spanish family including eleven children have contracted Coronavirus and are under strict isolation in their home.

The Cebrian Gervas family have been forced to lock themselves away in Valladolid in north-west Spain after every single one of them was diagnosed with the virus.

Mother Irene Gervas was the first in the family to test positive for Covid-19. 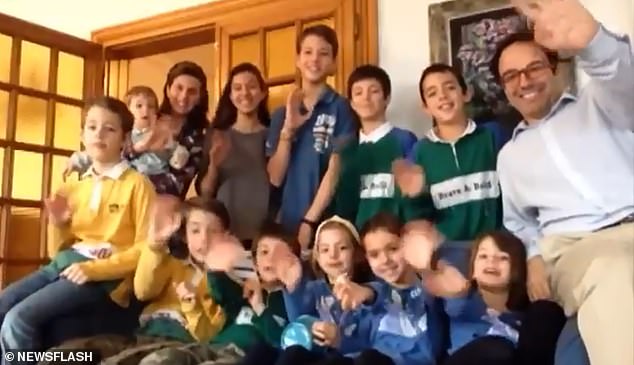 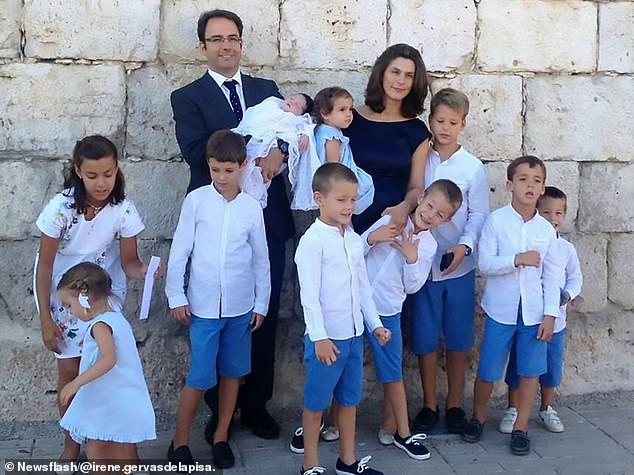 Father Jose Maria Cebrian told local media: ‘The children fell one by one. Some of them got over it better and some of them a bit worse. As the virus takes five or six days to show up when you feel bad you start to recall and then you think ‘ok!” 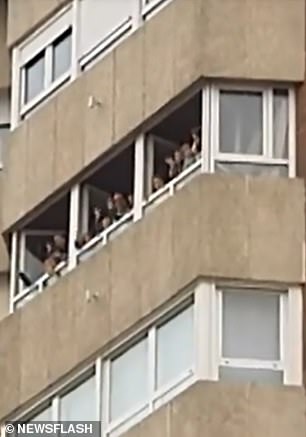 The family can be seen above standing on their balcony

Cebrian added: ‘In our case, they (the children) are sick one day, they have a headache, they vomit and after vomiting, they feel better. The day after they don’t even remember.’

The family is under a strict lockdown as they could infect others due to the high number of family members under the same roof.

Cebrian added: ‘The doctor told us that we will have to stay at least two more weeks on an absolute lockdown because of the viral load that we have. If we go out and take it out we could start a source in Valladolid.’

They have so far been in isolation since testing positive on March 14, the day Spain announced it was extending its state of alarm.

Local media said that the family is relying on relatives and their 14-year-old son to help them deal with the situation.

Their son is only allowed to go out to the pharmacy so long as he wears a face mask and gloves.

Cebrian also said: ‘He is the only one who goes out a bit. I take out the rubbish and he is the messenger. When we get our groceries delivered they leave it in the garage and my son goes down to pick it up. 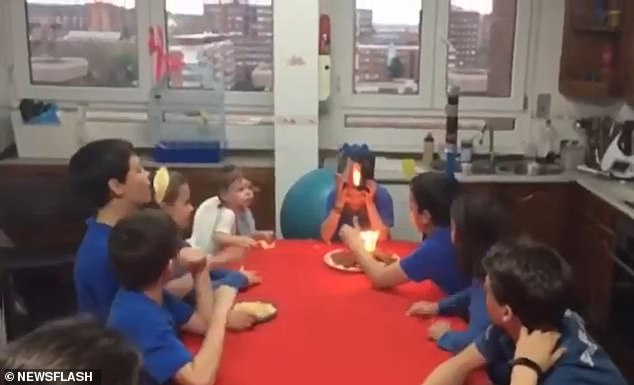 ‘Our siblings are in Valladolid and our loving mothers, the grandmothers, who do not stop cooking, asking and bringing things.’

The children are reportedly being home schooled using laptops, tablets and mobile phones.

Jose Maria said: ‘It is important they do not have the feeling that this is chaos, so they have classes from Monday to Friday.’