On Sunday, the beloved world champion – fondly nicknamed the "Ambassador of Poker" – passed away after the disease spread to other organs, tweeted fellow poker champ, Linda Johnson. 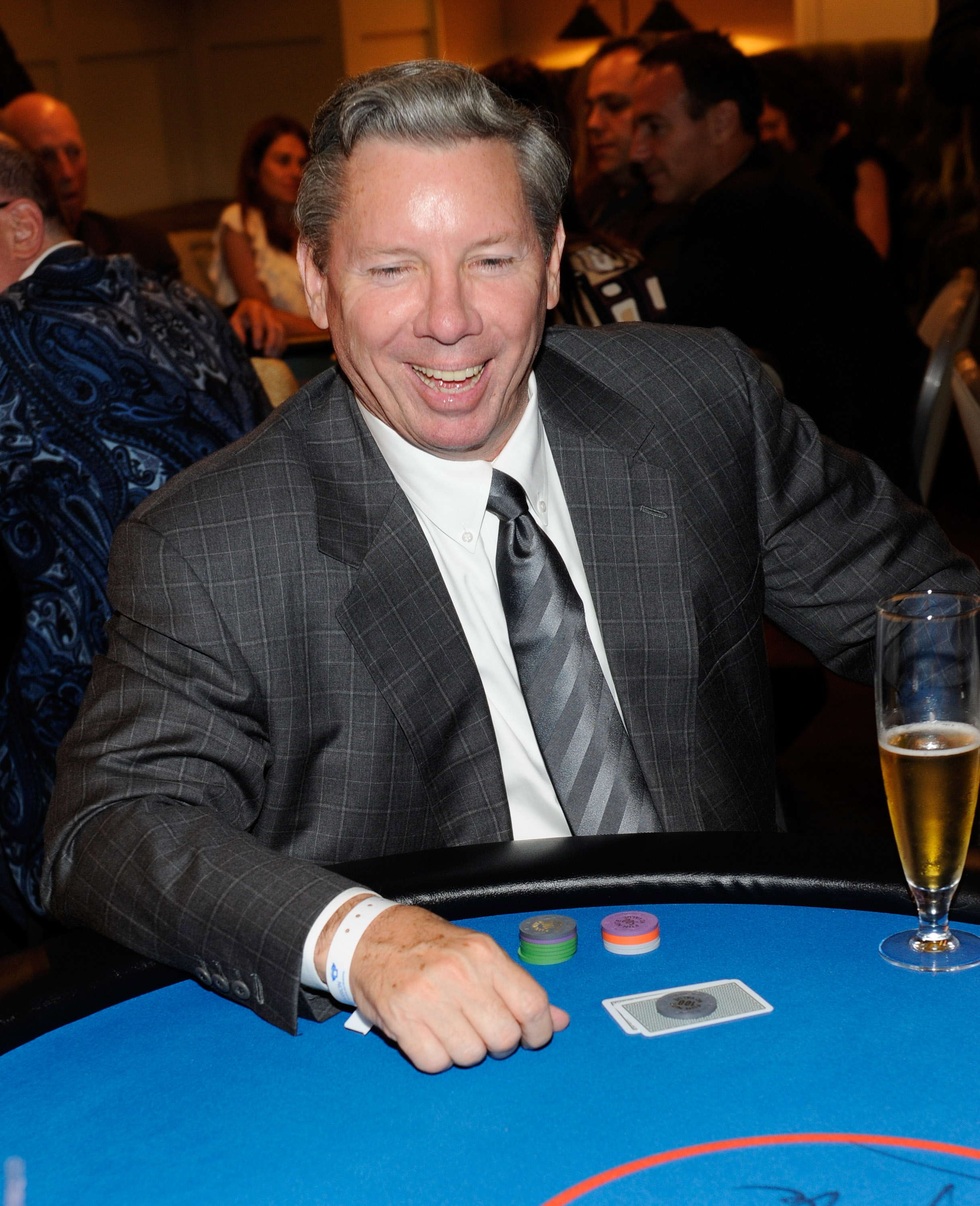 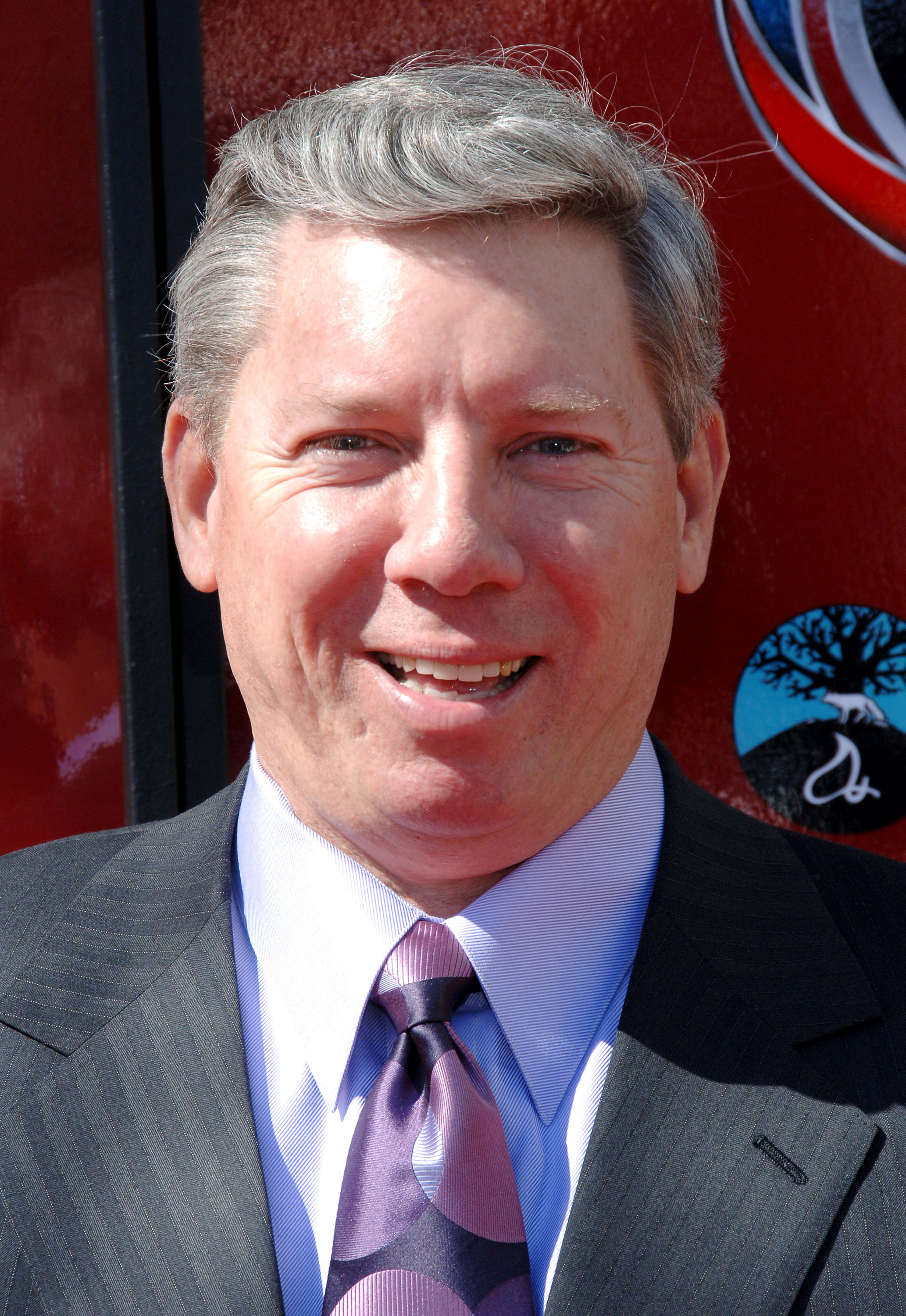 Just before 4am on Monday, Johnson said he passed away "peacefully at his home earlier today surrounded by family members" and that funeral details were forthcoming.

"The poker world will never be the same without Mike and his incredible contribution to the game will never be forgotten," their statement read.

"The word legend is used by the poker community frequently and without much thought, but Mike was and will always be remembered as one of the game’s true legends," their lengthy statement read.

"Everyone at partypoker offers our heartfelt condolences to Mike’s son, Ty, and his family. We’re certain anyone who had the pleasure of meeting one of the games true legends will have memories they’ll treasure forever."

Sexton was involved in every aspect of the game, from the broadcasting and business end of it, as well as his mastery of the game. 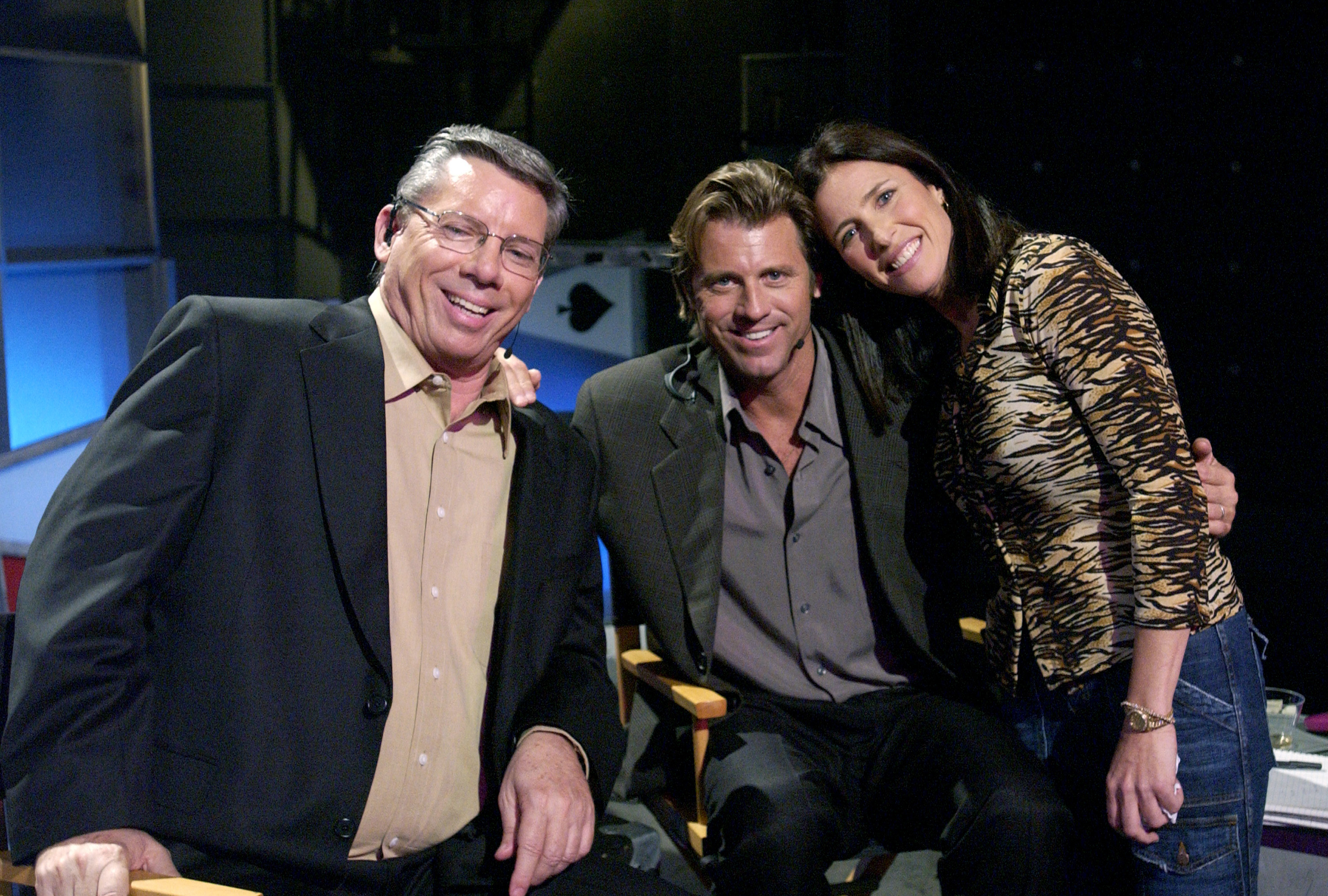 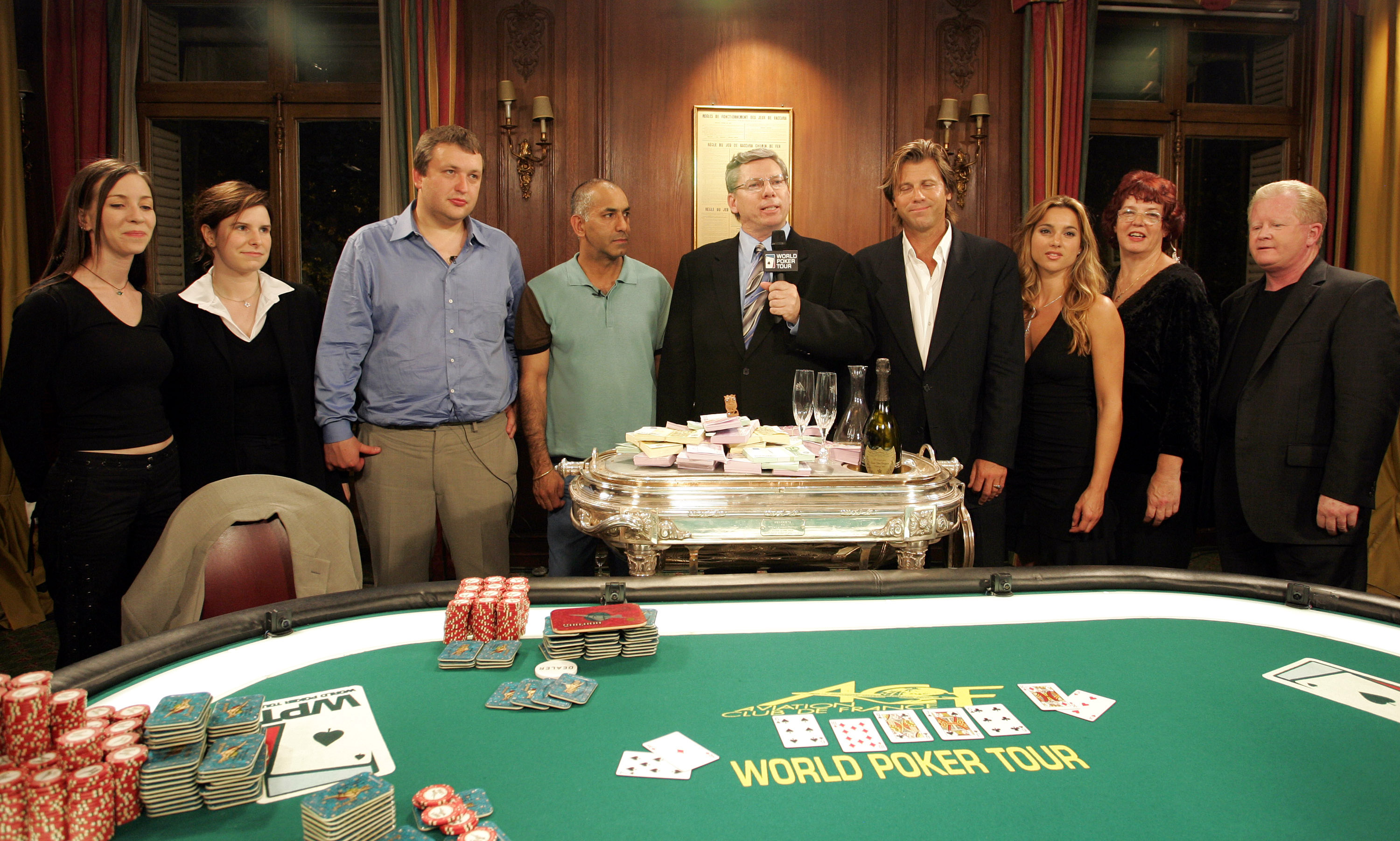 Sexton was a commentator for World Poker Tour for 15 years – which hosts international televised tournaments – alongside Vince Van Patten.

He won the World Poker Tour title in 2016, a victory partypoker player Jaime Staples likened to a movie in a heartfelt tweet.

In his eighties debut, he pocketed nearly $7 million – but despite his success in the game, partypoker noted that Sexton was always well-liked.

"Social media is awash with members of the poker community recalling their favourite memories of Mike," the company said.

"Many remember being delighted when Mike took the time to contact them personally and congratulate them on their victories. 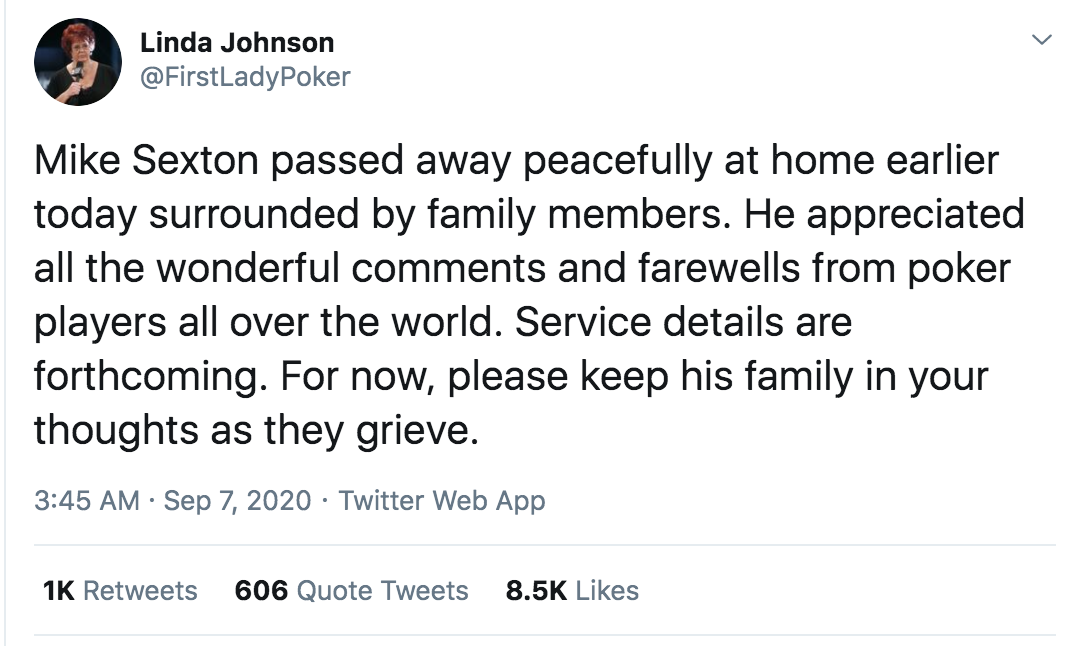 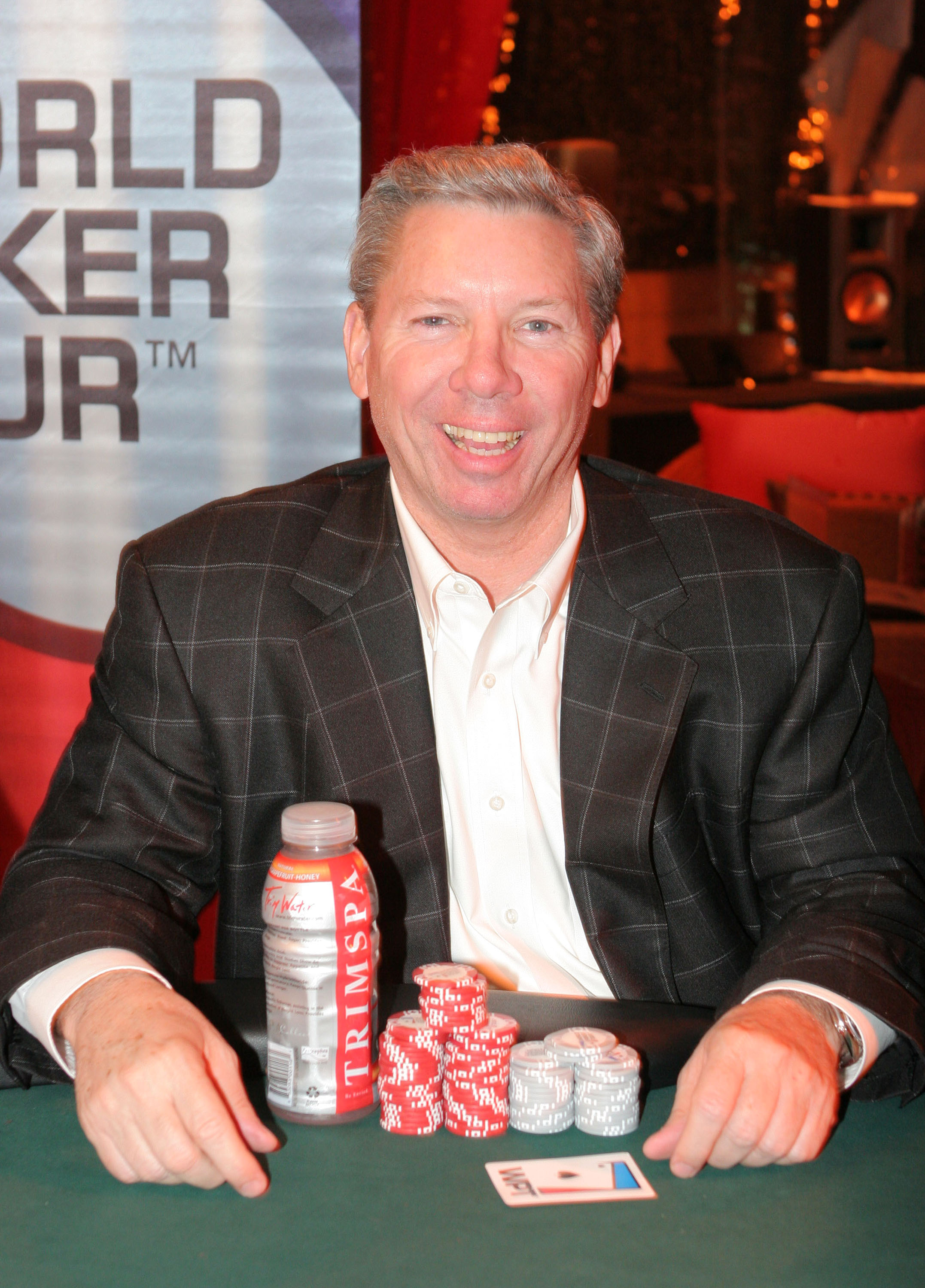 "He also offered commiserations to those who fell short of glory. Mike loved poker and everyone who played it."

Indeed, his longtime competitor Phil Hellmuth issued an emotional tribute to Sexton in a touching blog post published two days before his death.

In it, Hellmuth acknowledged how in "33 years of competing in high-pressure tourneys, I have never seen Mike Sexton off the rails!"

"No poker brat moments, always class, always pleasant, and nice to everyone," he said. “Mike has profoundly influenced the poker world. 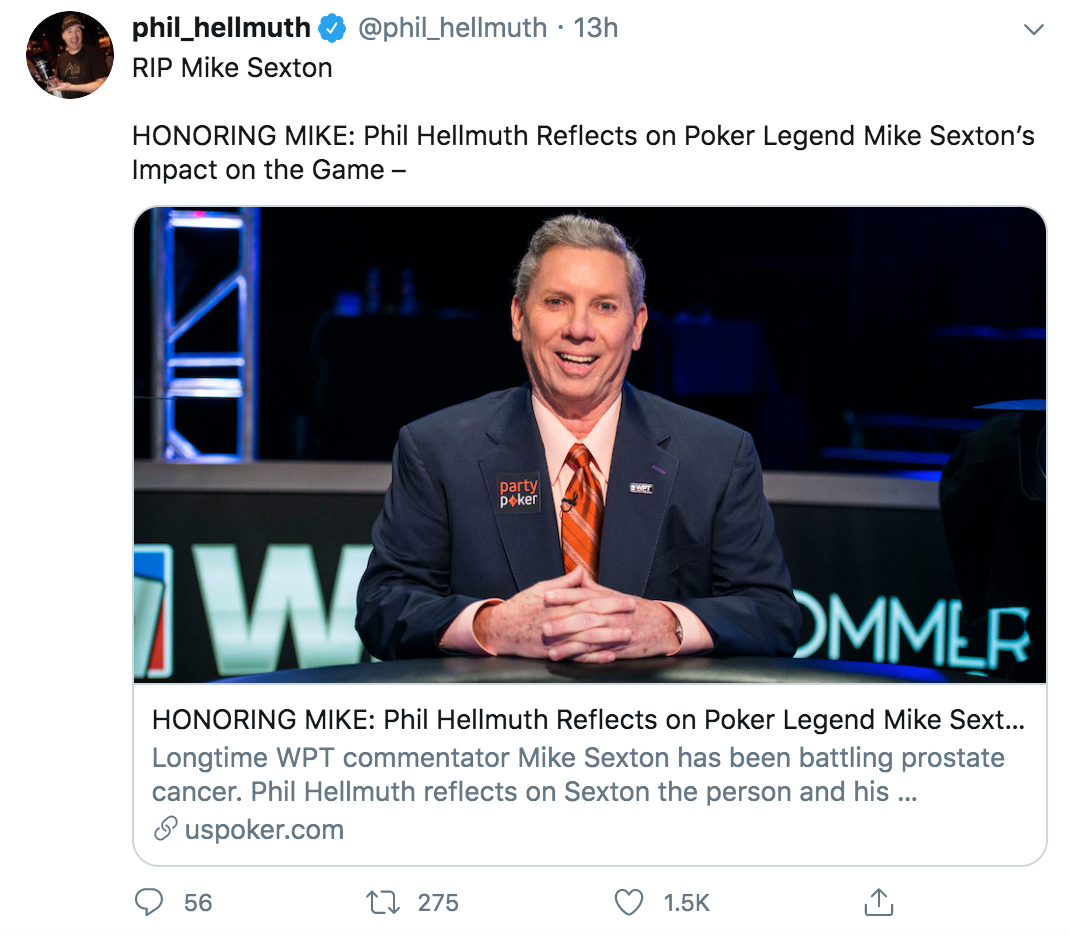 "And poker would not have been this well regarded without Mike Sexton. The poker world owes Mike a huge debt of gratitude.”

But his influence extended beyond the poker world as Jennifer Tilly tweeted her condolences.

Sextonwrote two books, founded a nonprofit for players to donate to veterans causes and Las Vegas communities, and created partypoker.

He coached Little League baseball and tournaments if they interfered with his baseball schedule.

A year later, he was inducted into the Poker Hall of Fame, which Sexton described as the highest point in his career – but the World Poker Tour renaming their Champions Cup after him was a close second, he said.

In his tribute to the poker legend, Hellmuth said Sexton was "the consummate gentleman" who "championed poker better than anyone else."

Meanwhile, other people mourning his passing have written his well-known catchphrase, "May all of your cards be live, and may all of your pots be monsters."