Almost ALL civil servants want working from home made permanent

Civil servants was to abandon their offices to continue working from home after the coronavirus lockdowns end – saying the change has made them work harder.

Some 97 per cent of those polled by the FDA union wanted the option to do their job from the spare room in future.

Almost a third (32 per cent) said they wanted to only come into the office two days a week in what the union claimed was a ‘quiet revolution’ in how the public sector operates.

And almost seven in 10 (69 per cent) claimed they were working longer because they did not have to commute, with a third saying they were doing five extra hours of work a week.

An FDA spokeswoman said: ‘Our latest survey results show COVID-19 has led to a quiet revolution in flexible/remote working.

‘An incredible 97 per cent of respondents want to continue home working, demonstrating the world of work has changed for good.’ 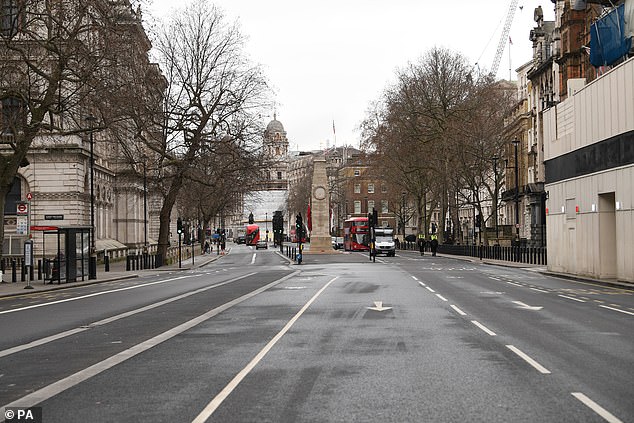 The findings will alarm business leaders in London and other major cities which have been deserted for long periods over the past 10 months because of home working.

Many businesses which reply on people commuting to work in areas like Westminster are struggling to keep going with such a cut in footfall.

The majority of the Government’s own 430,000-strong Whitehall workforce is working from home during the lockdown with only those involved in vital services exempted.

Even last summer, after the first lockdown was lifted only one in five went back, despite socially distanced offices having room for 30 per cent of staff to return.

A government spokesman told Politico’s Playbook newsletter the civil service is ‘committed to flexible working and it has long been the case that staff are able to work remotely if they need to.’