Former Labour advisor Alastair Campbell serenaded a hero nurse home on the bagpipes after she finished a gruelling shift on a busy hospital ward.

Matilda ‘Sissy’ Bridge battled leukaemia from the age of two-and-a-half and joined the NHS to work with those who helped her beat the cancer and care for others.

Sissy, 27, now works as a nurse on the asthma ward at Whittington Hospital, Upper Holloway, London. 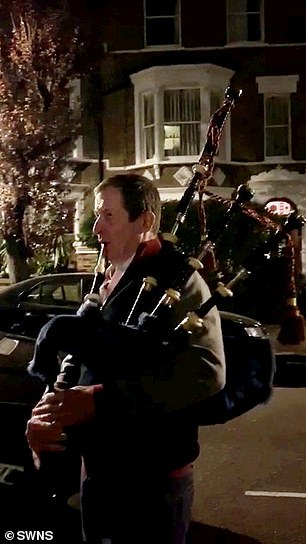 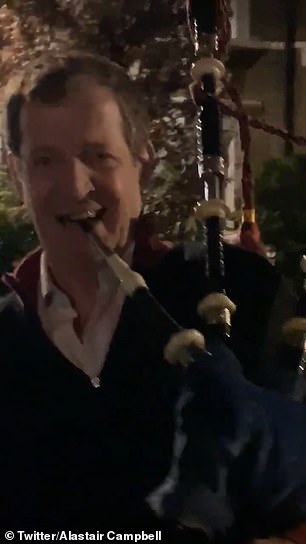 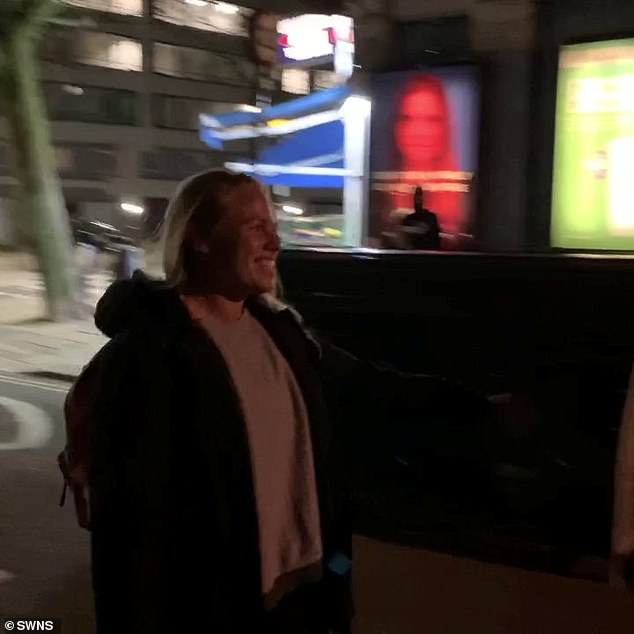 Matilda ‘Sissy’ Bridge, pictured, battled leukaemia from the age of two-and-a-half and joined the NHS to work with those who helped her beat cancer

She and Campbell’s comedian daughter Grace, 25, have been neighbours and friends since birth.

Accomplished piper Alastair said: ‘Sissy and grace are great friends. Sissy had childhood leukaemia and was hospitalised for quite a while. That is part of the reason she became a nurse.

‘It was an honour to march a heroine home from the front line – well done Sissy.

‘And we did a nice hymn for the whole street who came out to thank Sissy and all who work in our wonderful NHS.

‘We were also serenading Sissy’s loving family, mum Victoria and older sister Florence, who worry about her every minute of every day. 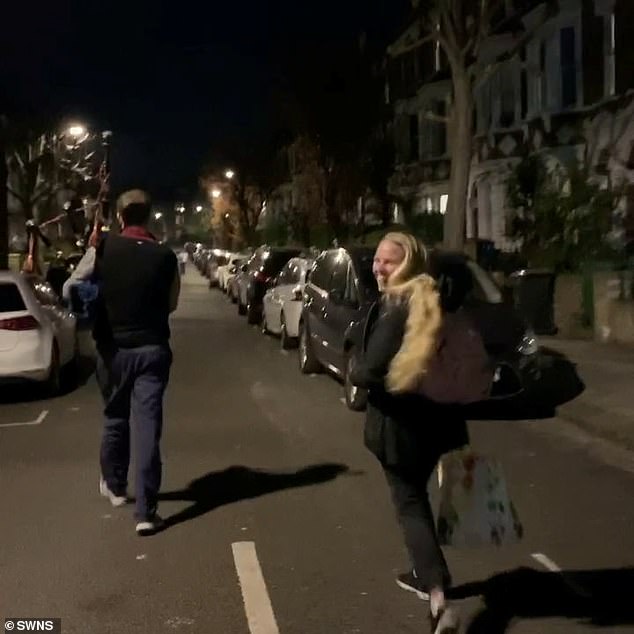 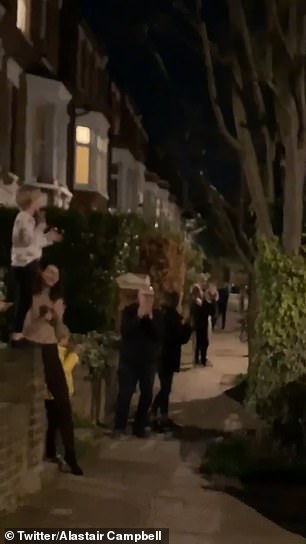 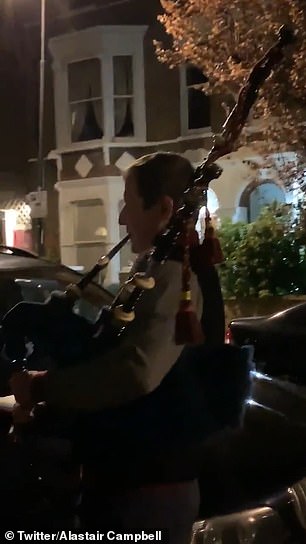 Alastair, inspired by Sissy’s childhood cancer battle, ran the marathon for Bloodwise charity in her honour.

He said: ‘Me and sissy ran the marathon for leukaemia research in 2003 and her family donated £50k. I raised over £1million in the end.’