Airline bosses call for testing of passengers in three weeks

The quarantine time should be cut to five days and tests on passengers must begin within three weeks to avert economic disaster, airline chiefs say today.

In a joint letter to the Prime Minister, the chief executives of Britain’s carriers warn the UK is ‘falling well behind international rivals’ and say failure to re-open the skies will cost the economy £60billion.

They are giving Boris Johnson three weeks to announce and implement a testing programme that will more than halve the 14-day quarantine period to five days – less than the Government’s preferred target of eight days.

Under the proposed scheme, travellers would be tested just once after five days in self-isolation. A negative test would free them from quarantine. 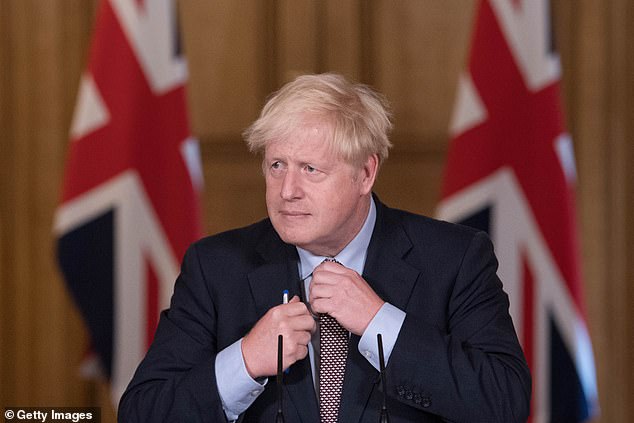 Aviation chiefs want five-day tests to be trialled immediately on passengers travelling between London and New York, the world’s most profitable air route and a vital business connection.

This should be followed by an abolition of the 14-day quarantine policy currently imposed on passengers from high-risk destinations, the airlines say.

The Daily Mail’s Get Britain Flying Again campaign is supporting Covid tests on air passengers to bolster the virus-ravaged economy and give holidaymakers and business travellers the confidence to travel again.

Last night a spokesman for the trade body Airlines UK said ministers have ‘one last chance to save the aviation industry’. 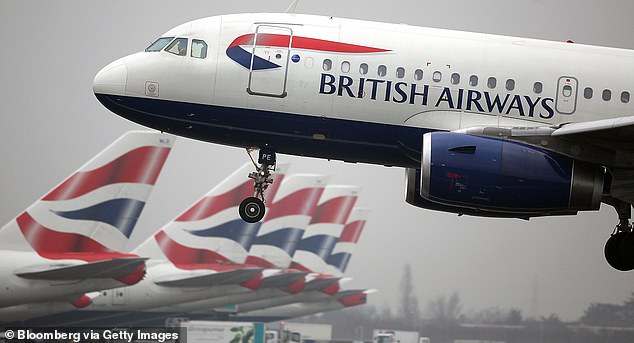 The letter has been signed by the bosses of British Airways, Ryanair, WizzAir, Jet2, TUI, EasyJet, Virgin Atlantic, Titan Airways and Eastern Airways, along with other aviation bosses

In their letter to Mr Johnson, the airlines say: ‘Now is the time for action. We urge you to announce and implement a policy on testing before the end of this month, and an expansion of regional travel corridors to mainland areas.

‘The stakes could not be higher. We risk economic ruin otherwise.

‘Our industry is in crisis. This year we expect to carry passenger numbers not seen since the 1990s, a simply unsustainable situation.

‘A recovery to 2019 levels is not expected for at least four years and as a result, UK airlines alone have announced or begun consulting on over 30,000 job losses.

10-second check could save lives

Covid patients who go to hospital can be divided into four distinct risk groups using a ten-second test that could ‘save countless lives’.

British scientists have devised a scoring system – published today in the British Medical Journal – to predict an individual’s risk of death.

Those at low risk can then be discharged, while patients at high risk are quickly identified and sent to critical care.

This information is then used to give each patient an individual risk score out of 21.

Experts claim the tool is nearly 100 per cent accurate and takes just ten seconds to complete.

‘Many thousands more are under threat across their supply chain.

‘With 79 per cent of international visitors to the UK arriving by air, we play a vital role in supporting half a million jobs across leisure, retail, hospitality and entertainment.

‘Our cities, high streets and world-class attractions will simply not recover until they return.

‘We are an island and there’s no option but to fly.’

The letter has been signed by the bosses of British Airways, Ryanair, WizzAir, Jet2, TUI, EasyJet, Virgin Atlantic, Titan Airways and Eastern Airways, along with other aviation bosses.

It comes as the British tech firm behind 20-second coronavirus tests for air passengers prepares to ship thousands of testing machines to foreign airports.

The tests – which have been endorsed and trialled by Heathrow – would cost passengers about as much as a cup of coffee and give instant results.

Because the devices use microscope technology, the makers claim the results are 99.8 per cent more accurate and better at detecting asymptomatic carriers than the usual NHS swabs.

The Hartlepool-based engineers behind the ‘Virolens’ project say they can have 25,000 machines ready by Christmas.

But because of the Government’s inaction on airport testing, they expect most of their business to come from foreign airports initially – dozens of which are said to have expressed interest. Heathrow has been trialling the technology for the last three weeks.

Related posts:
I'll never want children – so why won't doctors sterilise me?
Widow of cop dragged to his death by stolen taxi backs 'Harper's Law'
Popular News
Fall Boots Await at This Amazing Ugg Flash Sale
22/09/2020
Man Utd wonderkid Ramon Calliste, called ‘the next Giggs’, now owns luxury watch business and makes £5m a year – The Sun
26/03/2020
Megan Thee Stallion Addresses Criticism Over Twerking: ‘I Love to Shake My A**’
26/03/2020
Police guard shops to stop coronavirus panic-buyers and enforce social distancing – The Sun
26/03/2020
Coronavirus: Good Morning Britain’s Dr Hilary reveals ‘game-changing’ self-testing kit
26/03/2020
Recent Posts
This website uses cookies to improve your user experience and to provide you with advertisements that are relevant to your interests. By continuing to browse the site you are agreeing to our use of cookies.Ok