A little girl’s delighted reaction when she tasted her first pizza has been captured in a hilarious video clip.

On the tray in front of her are several pizza crusts, suggesting she is making short work of eating the doughy delight. 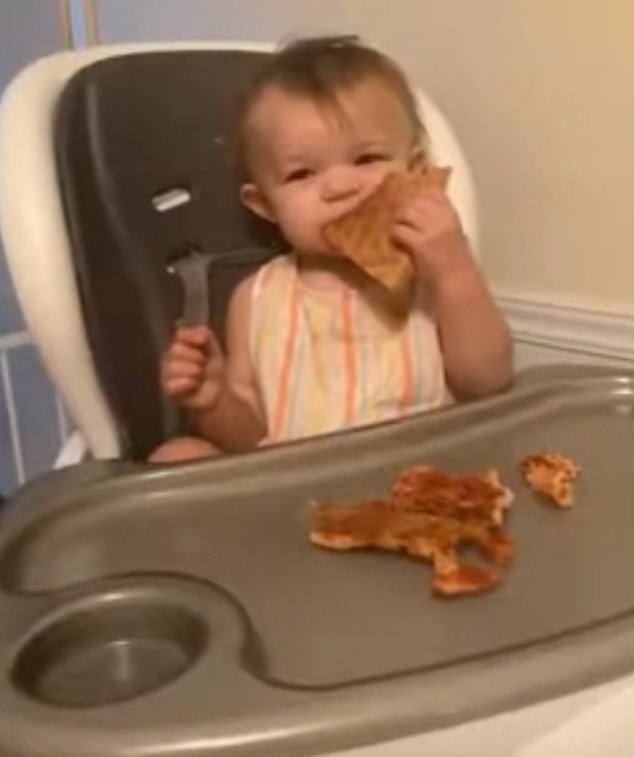 The little girl takes a bite of her very first pizza as her mother films her reaction at their home in New Bern, California

During the clip, which was filmed on July 21, the little girl sits in her high chair and attempts to take a bite of the large slice as her mother watches.

The tiny tot then pulls the pizza away from her mouth and begins to chew on  it.

Within seconds, her serious expression turns into a huge smile as she leans forward and squints her eyes.

She lets out a delighted chuckle as her mother, who is filming the comical events unfold, begins to laugh at her daughter’s reaction. 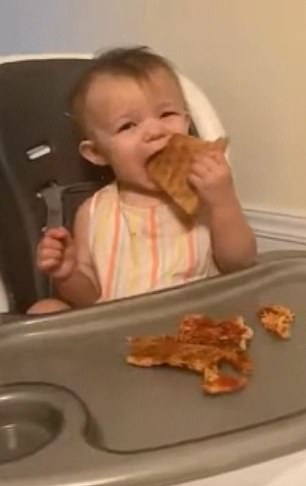 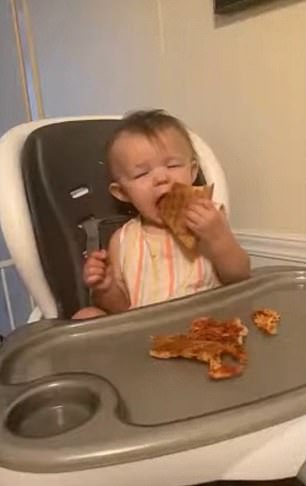 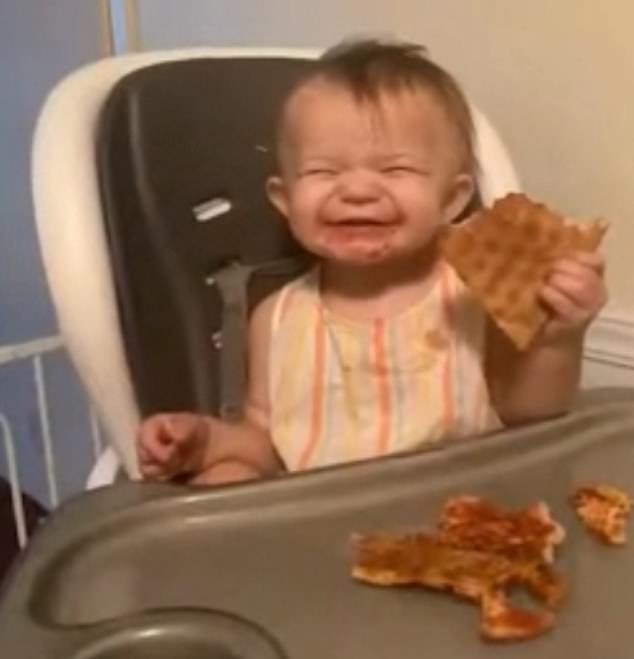 After ripping the slice of pizza away from her mouth, the little girls breaks into a wide smile

The unnamed mother later told Viral Hog: ‘We gave my daughter pizza for the first time and she loved it.’

This is not the first time a child’s overjoyed reaction to their first pizza experience has become a hit online.

In 2018, Jodi Avirgan, a father and podcaster of FovethirtyEoght from Brooklyn, charmed social media users with a photo of his daughter’s euphoric reaction to her first bite of pizza.

Mr Avirgan’s young daughter was snapped with her arms held in the air and her eyes closed next to the message: ‘My daughter just tried pizza for the first time.’ 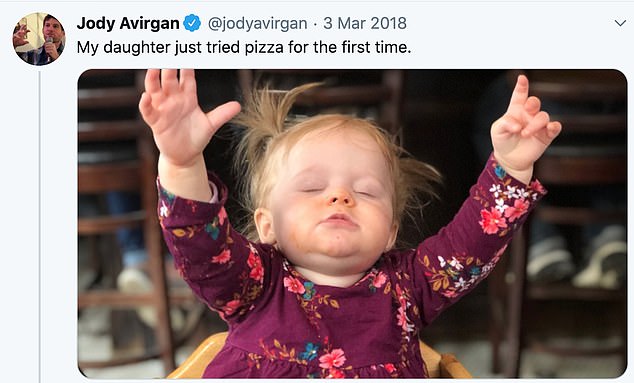 In 2018, father and podcaster of FovethirtyEoght Jodi Avirgan, from Brooklyn, shared a photo of his daughter’s reaction to her first pizza