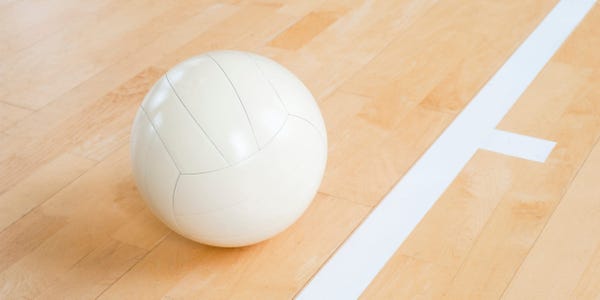 A high school athlete in Tennessee says she was disqualified from a volleyball match after a referee said her hijab violated the sport's rules, and she would have to have permission from the state to wear it in future games.

Najah Aqeel, a freshman at Valor College Prep in Nashville, Tennessee, was told she was breaking a uniform rule when she was disqualified last week.

According to HuffPost, the referee said that the National Federation of State High School Associations (NFHS) requires state permission for a student to wear a hijab, and told ninth grader Najah that she would need authorization from the Tennessee Secondary School Athletic Association (TSSAA).

Hijabs are banned because the NFHS's rules say "hair devices made of soft material and no more than three inches wide may be worn in the hair or on the head," the Tennessean reported.

Najah told HuffPost that neither she nor her coaches were aware of the rule, and said she had worn hijab during other matches.

That's when Najah said she started to cry.

"This rule was used to humiliate a 14-year-old student in front of her peers," Mohyuddin said. "It was traumatizing to say the least. We have Muslim girls across the state playing sports. Religious barriers to playing sports should not exist in this day and age. This rule is akin to telling Muslim girls that they need permission to be a Muslim."

Najah isn't the first Muslim athlete to be disqualified because of her hijab.

Valor Collegiate Academies issued a statement on the recent incident, saying Najah's volleyball coach was able to get approval for Najah to play within 30 minutes, but the approval came after the game had ended.

"We are shocked, outraged, and disappointed that this happened; this student and her family should never have had to face this situation," the school said. "We stand with and support every member of our community to visually express their religious freedom as it is a protection and right guaranteed under the first amendment of the Constitution."

The school said it plans to petition the NFHS and TSSAA to change the rule. The NFHS did not immediately respond to Insider's request for comment.