At least one person was shot and seven others have been detained following a gunbattle outside an Atlanta-area shopping mall Wednesday, authorities said.

Shots rang out at the Southlake Mall in Morrow, Ga. around 2:30 p.m. amid an argument between two groups inside the shopping center that spilled outside, Fox-owned WAGA-TV reported. The shootout occurred in the mall parking lot and several vehicles were hit, in addition to the victim, police said. 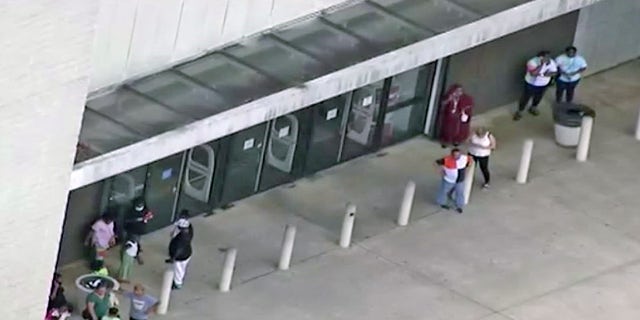 A gunbattle outside an Atlanta-area shopping mall left one person injured. Seven people have been detained.
(WAGA)

“We believe there may have been a verbal altercation inside the mall that migrated to the exterior of the mall and then there were multiple groups of shooters firing back and forth,” Morrow police Detective Sgt. Eli Skelton told the news outlet.

A 28-year-old man was struck in the thigh. He is expected to recover. Three people were treated on scene for anxiety attacks and released, Skelton said. Fox News has reached out to Skelton but has not heard back.

Investigators found at least 25 bullet casings at the scene.

A witness described the scene to the news outlet. 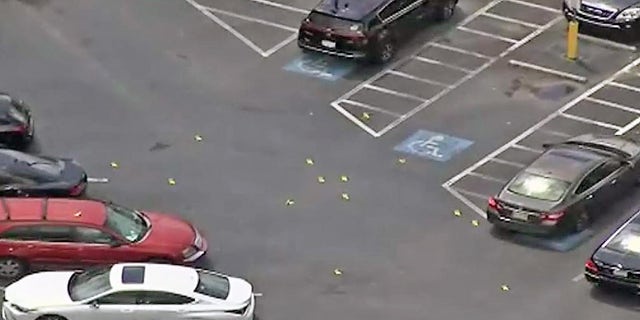 A shootout erupted outside the Southlake Mall in Morrow, Ga.,
(WAGA)

“Like 15 younger kids, they just started running, like I guess they were meeting up at the mall to come shot or come fight,” the witness said. “One of them just starting shooting inside the mall and the whole mall just started to disperse. We started running back into the store to get to safety.”

Skelton credited the police response for being able to secure the scene quickly.

“This is not a frequent occurrence in the city of Morrow, but we were able to get here quickly to control the situation, that’s how we ended up with so many people detained,” he said.