ZOE Kravitz shared a cryptic post about taking out the trash after filing for divorce from Karl Glusman.

The Big Little Lies star, 32, posted a meme about a drag queen throwing trash in a dumpster after news broke of their split. 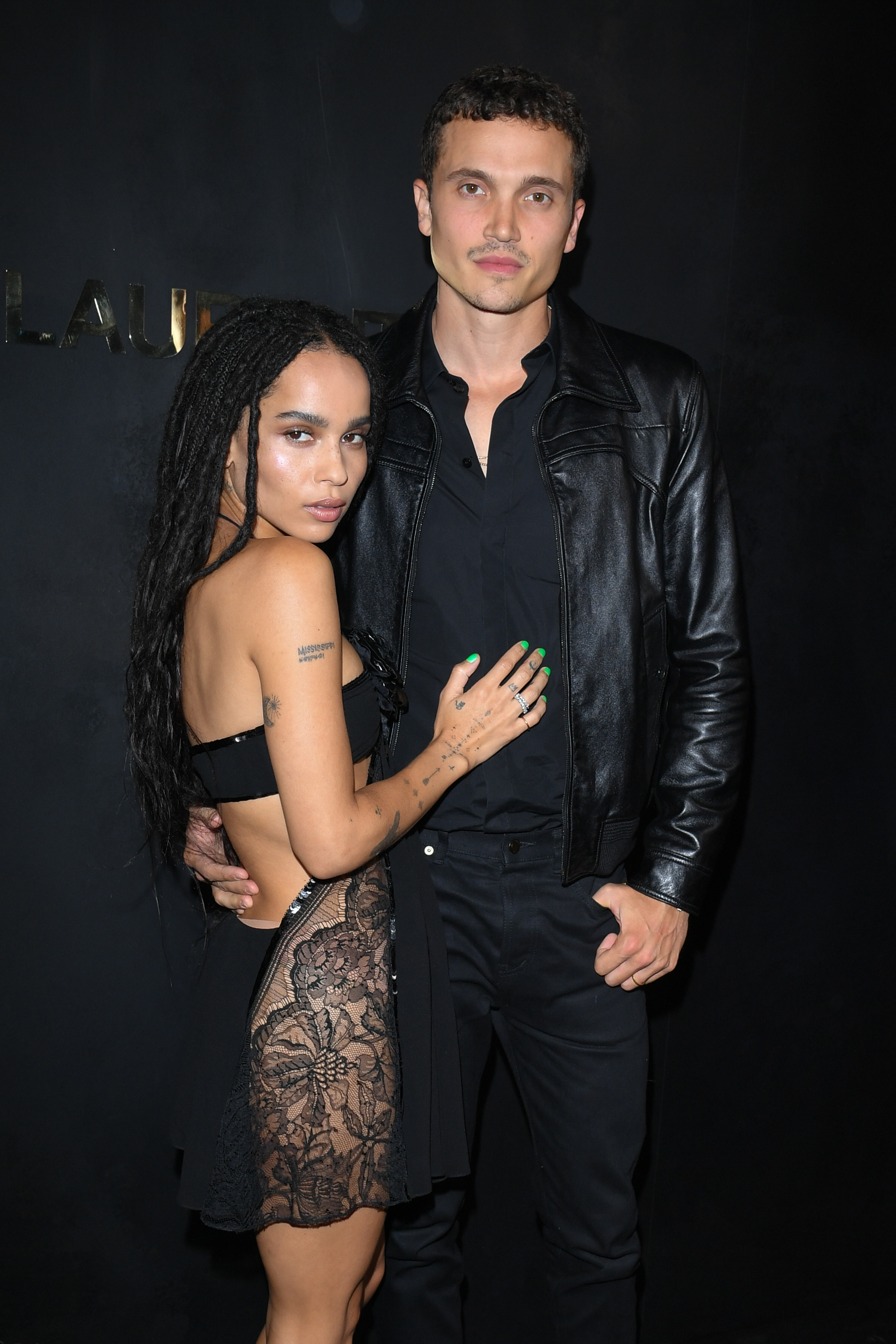 The bag of trash that the drag queen threw out reads: "People places and things that no longer serve my greatest and highest good."

Zoe wrote "MOOD," alongside the shot, which she shared on her Instagram Stories.

She then shared a slew of photos, ranging from selfies to pictures of sunsets and cake, which she captioned: "New year. Little things." 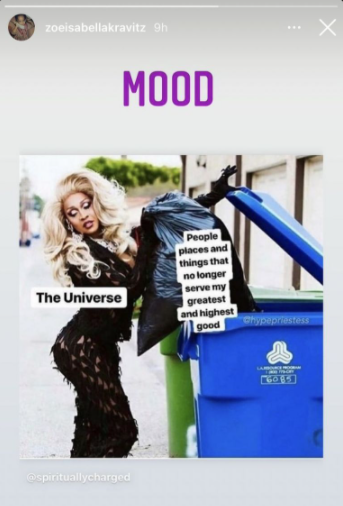 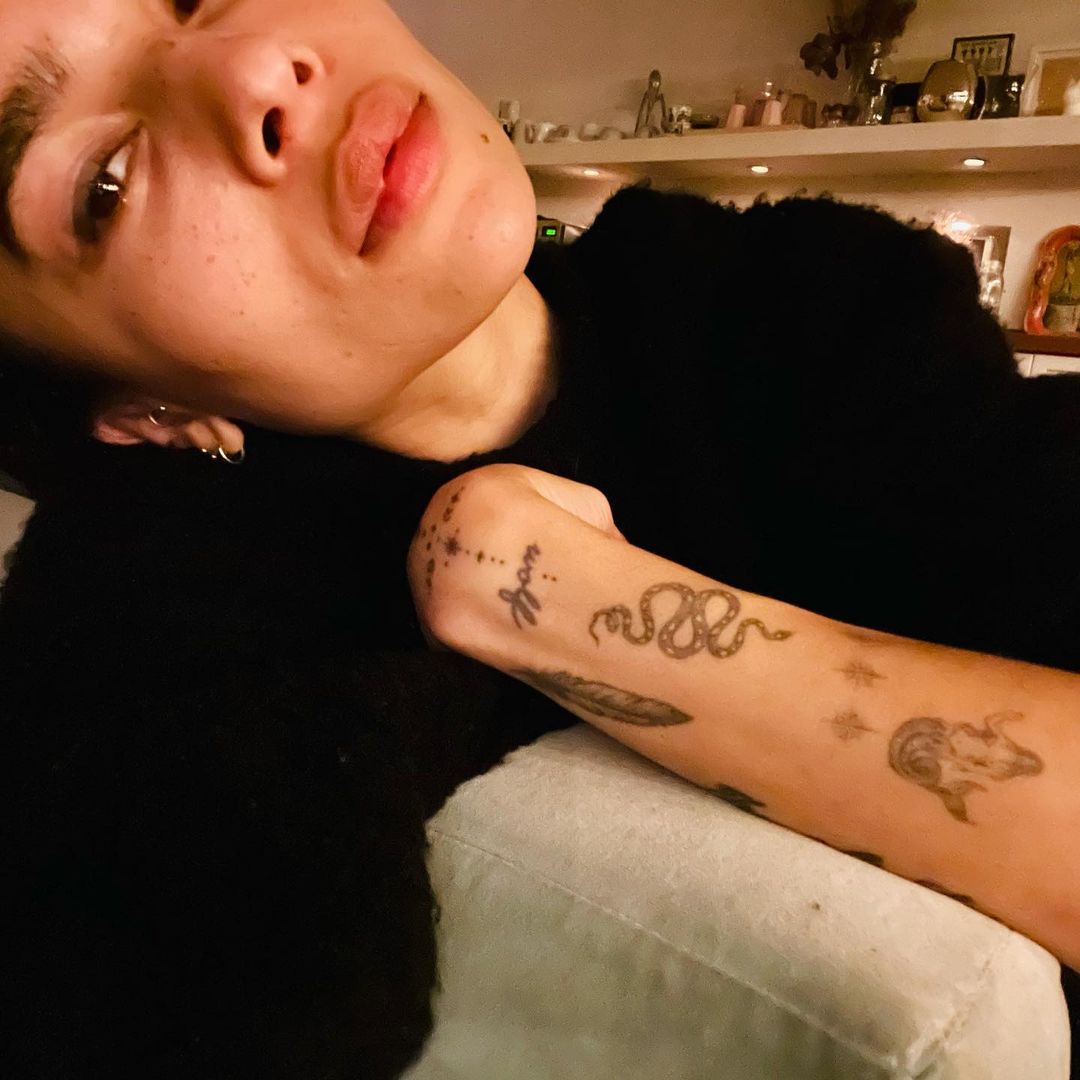 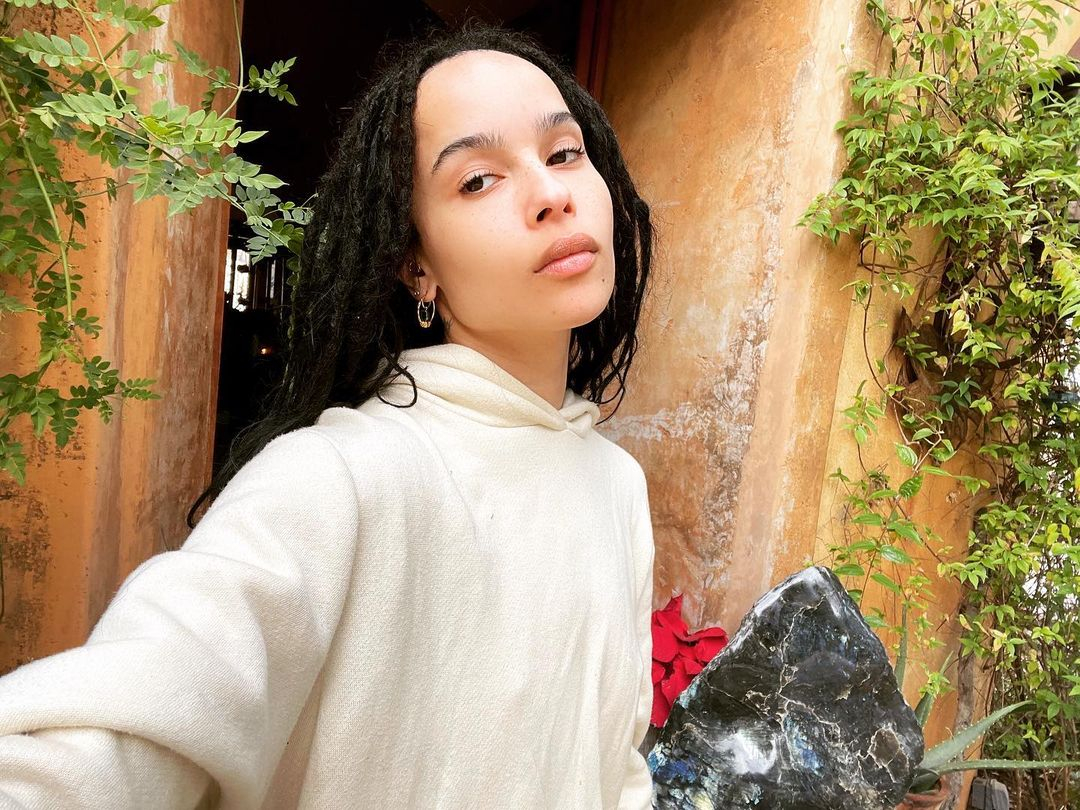 Karl, meanwhile, has cleared his Instagram of any photos apart from his most recent two.

Zoe filed for divorce from Karl last month after 18 months of marriage, according to court records.

Back in June, the Mad Max: Fury Road star gushed about her relationship as she shared a black and white photo from their wedding day. 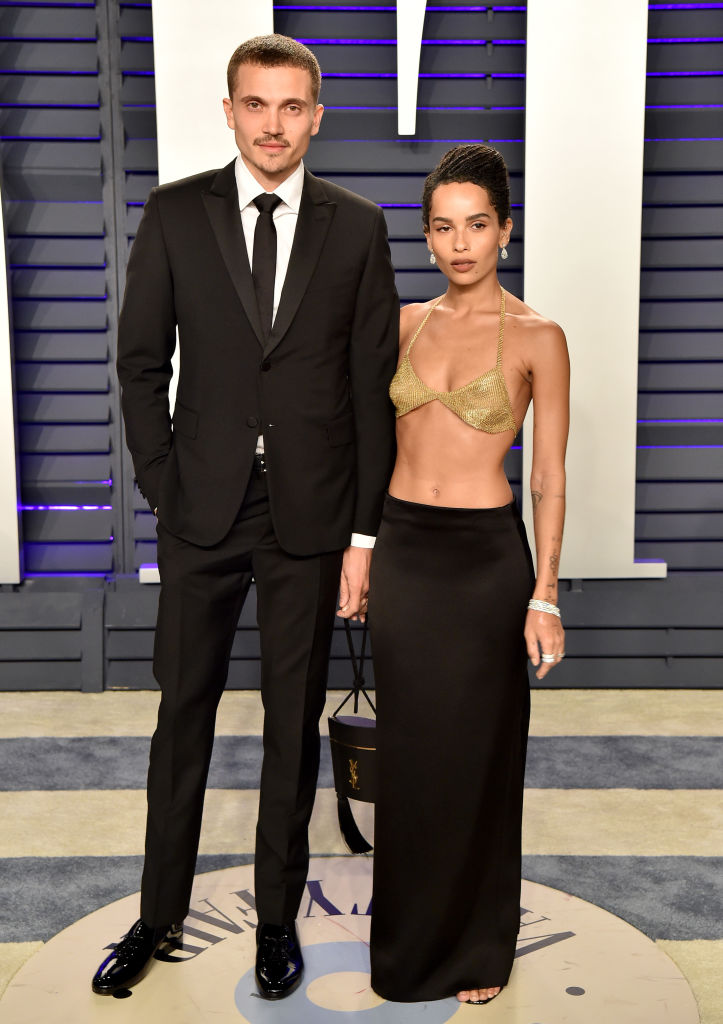 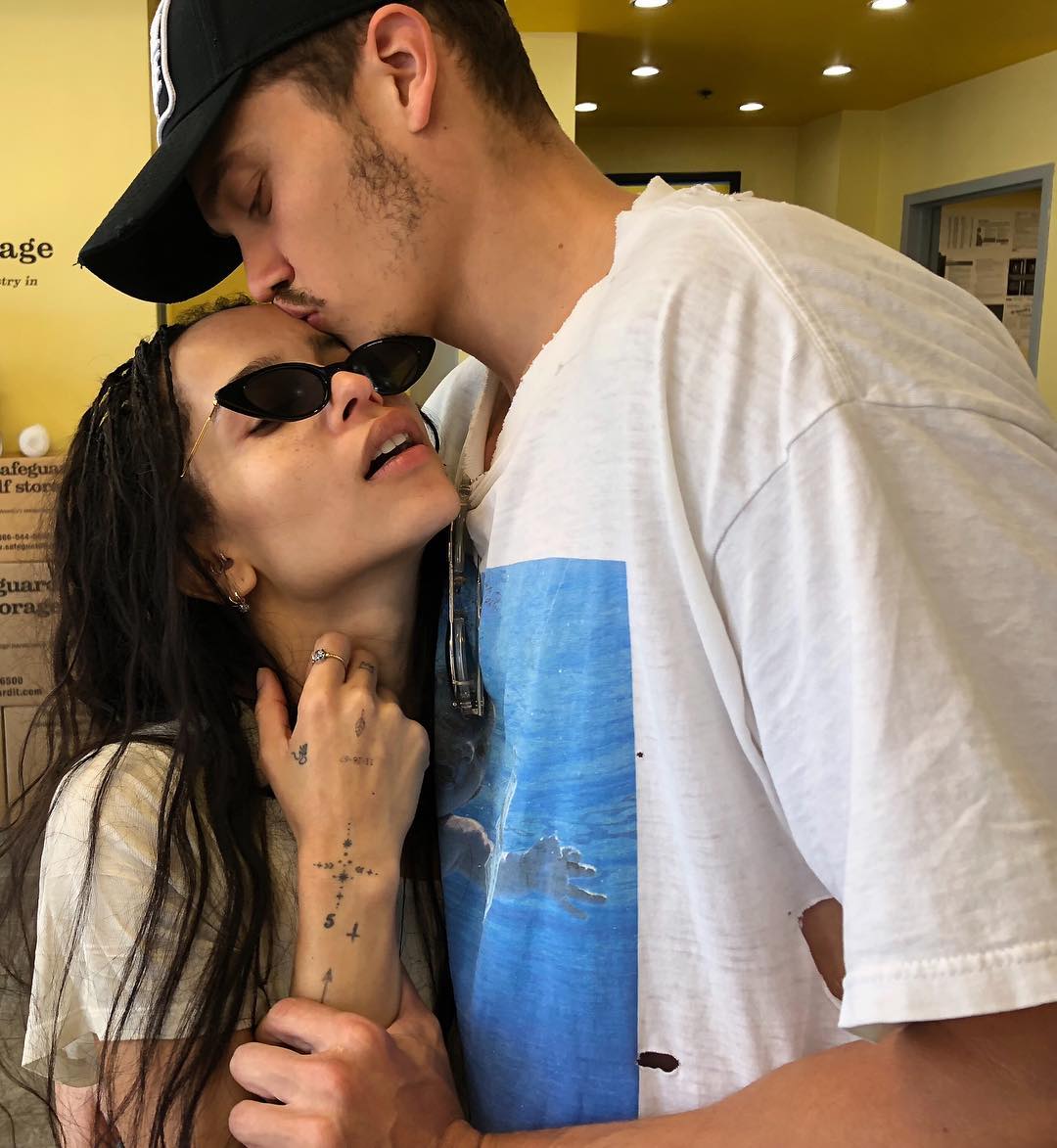 Karl did the same, writing: "One year. Not the year we expected… but I feel like if we can make it through this, we can take on anything," he wrote.

"I love you. More than anything. You’re my best friend… you crack me up and you melt my heart…

"You call me out on my bulls**t and you challenge me to grow… I love you for that." 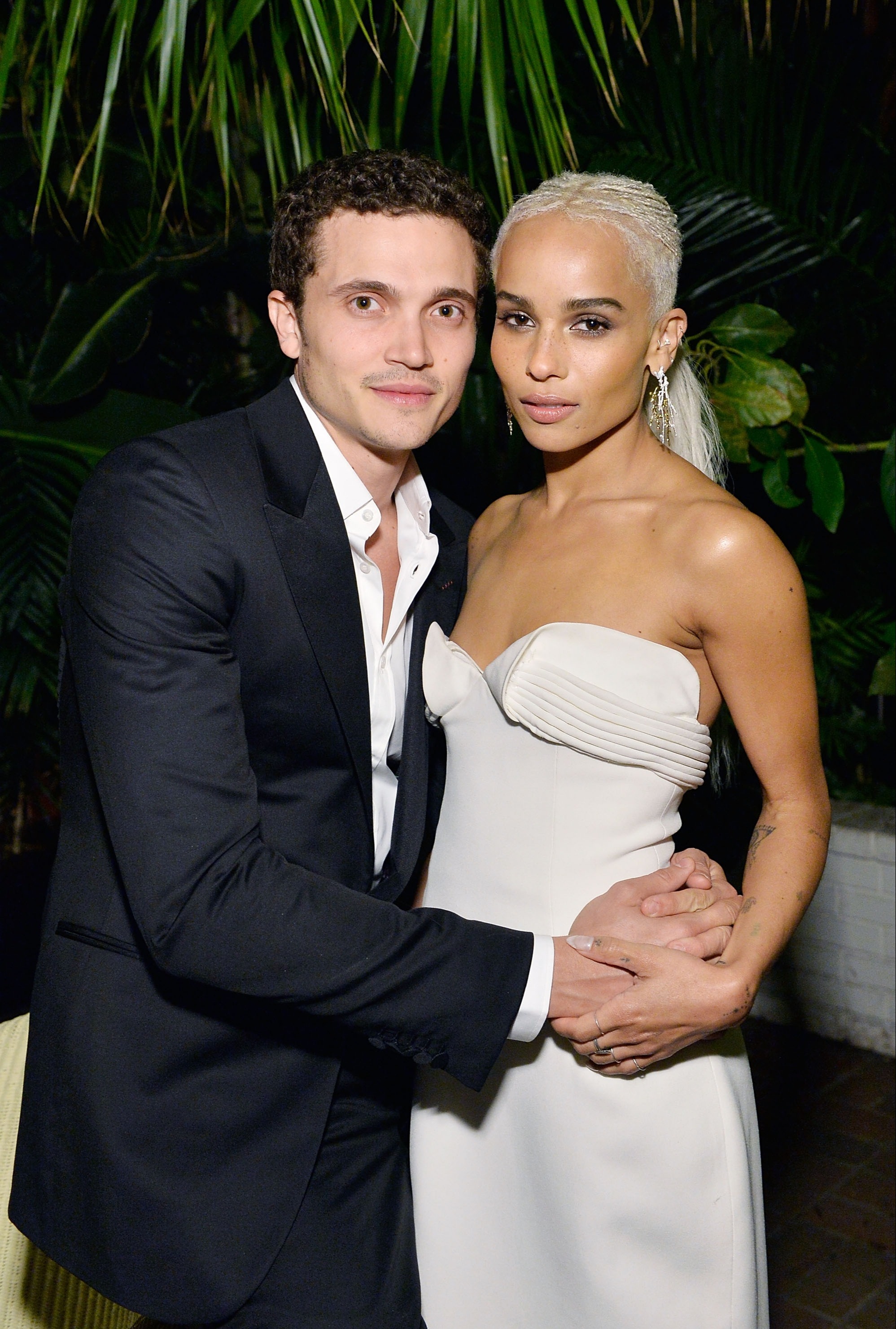 He added: "And I’ll do anything and everything for you until the day I die. Now let’s go save the world @zoeisabellakravitz."

Previously, the pair recalled how Karl proposed to Zoe as he originally planned to do a grand gesture, but things changed.

He said during an interview with Mr. Porter: "With our schedules, I just didn’t know where it would happen. 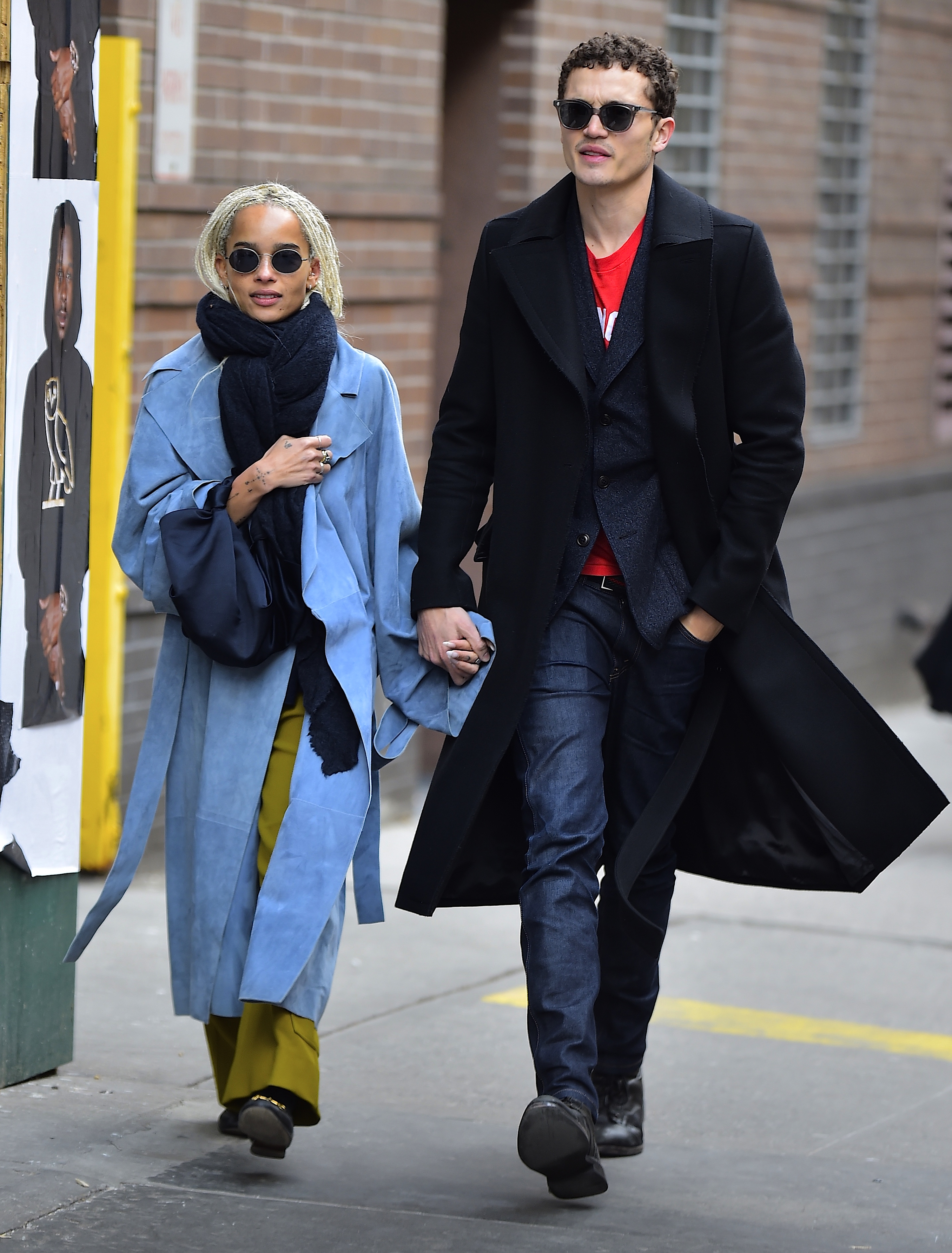 "We spend a lot of time on planes, so at one point I thought, maybe I could wake her up by going down on one knee in the aisle and give her a nice heart attack at 34,000ft!"

Eventually, Karl proposed in 2018 while "wearing sweatpants" at home. They began dating in 2016.

Zoe is the daughter of famous musician Lenny Kravitz – and she wed her soon to be ex-husband in June 2019 at her dad's home.

Related posts:
Pauley Perrette age: How old is NCIS star Pauley Perrette?
The Masked Singer: Grandfather Clock unveiled as Bradley Walsh as fans ‘rumble’ identity
Popular News
‘Uneven recovery’ as household budgets pulled in all directions by COVID-19
27/01/2021
Man Utd wonderkid Ramon Calliste, called ‘the next Giggs’, now owns luxury watch business and makes £5m a year – The Sun
26/03/2020
Megan Thee Stallion Addresses Criticism Over Twerking: ‘I Love to Shake My A**’
26/03/2020
Police guard shops to stop coronavirus panic-buyers and enforce social distancing – The Sun
26/03/2020
Coronavirus: Good Morning Britain’s Dr Hilary reveals ‘game-changing’ self-testing kit
26/03/2020
Recent Posts
This website uses cookies to improve your user experience and to provide you with advertisements that are relevant to your interests. By continuing to browse the site you are agreeing to our use of cookies.Ok