Home » TV and Movies » ‘Young Rock’ And ‘Kenan’ Debuts Strong For NBC; ‘This Is Us’ Tops Tuesday Ratings

‘Young Rock’ And ‘Kenan’ Debuts Strong For NBC; ‘This Is Us’ Tops Tuesday Ratings

NBC topped the broadcast ratings Monday in primetime with two series premieres and its drama kingpin This Is Us. The network’s night started with the Dwayne Johnson family comedy Young Rock, which debuted strong with a 0.9 in the adults 18-49 demographic and 5.03 million viewers tuning in to smell what The Rock was cooking. Saturday Night Live staple Kenan Thompson followed with the debut of his new comedy Kenan (0.8, 4.07M).

The duo marked NBC’s best two comedy premieres in the demo since 2017 in Nielsen’s Live+Same Day fast affiliate numbers. The comedies also took the No. 1 and No. 2 spots when it came to scripted series debuts for the 2020-2021 season, with Young Rock the best comedy launch on all of broadcast in the 18-49 demo since January 2019.

CBS aired reruns of NCIS, The Equalizer and FBI: Most Wanted, with the NCIS encore scoring the largest audience of the night with 5.63 million viewers.

Fox’s The Resident (0.6, 3.67M) saw a tenth jump in the demo compared with last week. Prodigal Son (0.4, 2.11M) held on to its demo numbers while adding some eyes to its viewership week over week. 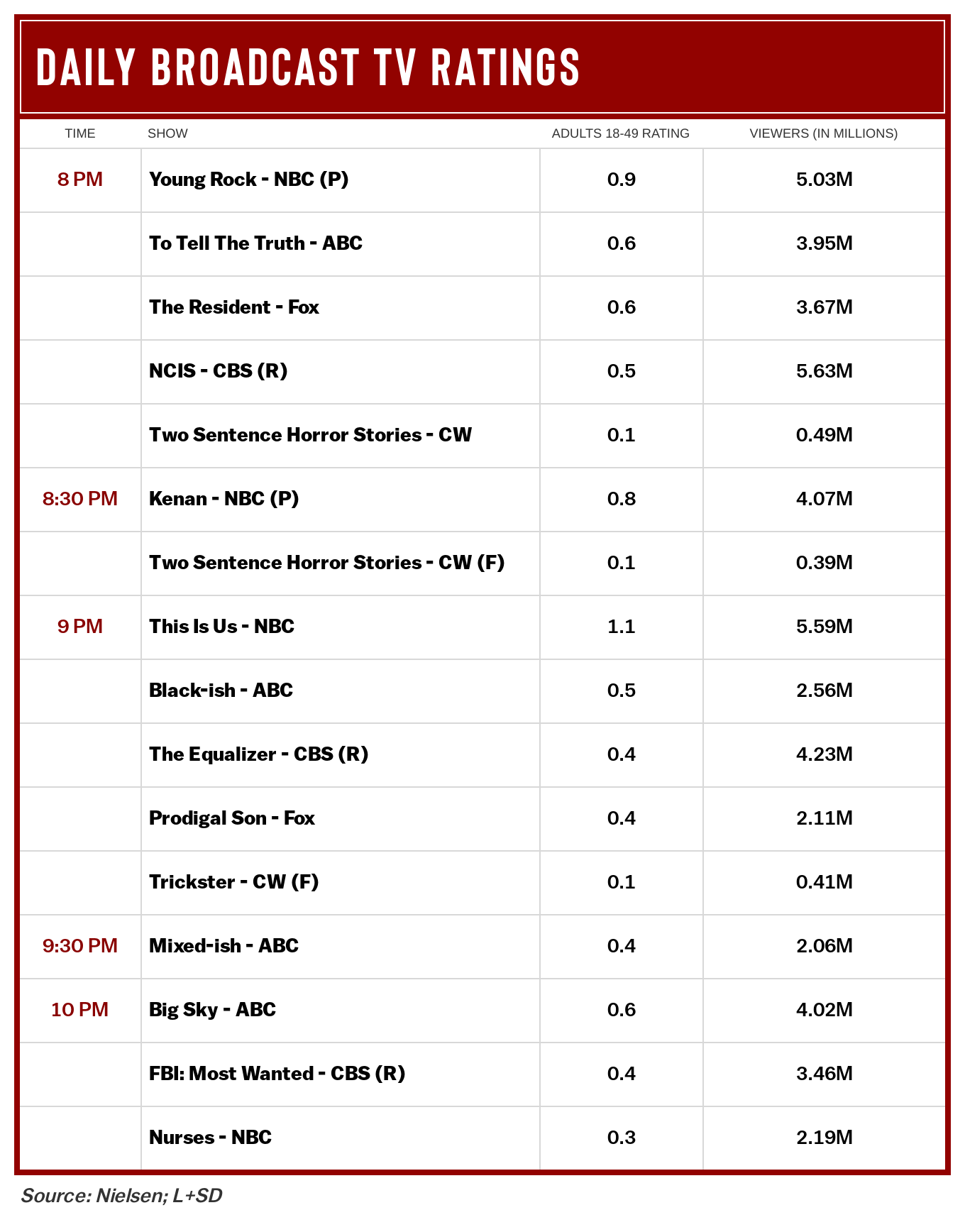