Tom Hiddleston’s Loki became a staple of the Marvel Cinematic Universe years ago, but the franchise never had the opportunity to explore the character in much depth. That changed when Marvel Studios brought Loki to Disney+, giving viewers the chance to see the character in an all-new setting — and a completely different light. Fans might wonder why the studio opted for a TV series for Loki rather than just giving the trickster his own movie. As it turns out, there was a good reason for it — and it has a lot to do with the character’s layered personality.

Before ‘Loki,’ Tom Hiddleston’s trickster had less than two hours of screen time 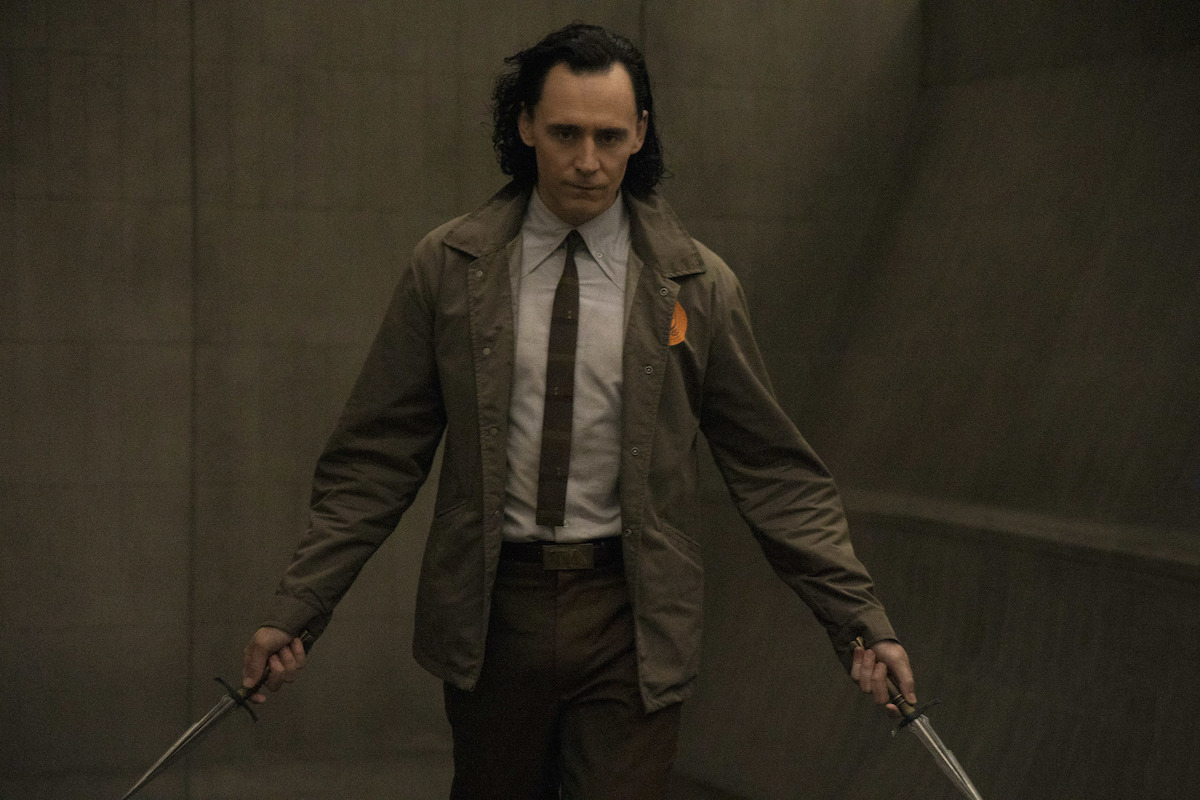 Loki has become such a prominent figure in the MCU, it’s difficult to believe he had less than two hours of screen time from Thor to Avengers: Endgame. However, in Marvel Studio ASSEMBLED, co-executive producer Kevin R. Wright confirms that’s the case.

“We did the math, and Loki’s been on-screen for less than two hours over the course of 10 years, and he’s made this huge impact,” Wright explained. “And suddenly, now, we have six hours to tell this story.”

That ability to tell Loki’s story in an extended format was part of the appeal for the execs at Marvel Studios. With such a complex character, it made sense to adopt a medium that would allow the writers to dive deep into the psychology behind the God of Mischief. That’s the primary reason Marvel decided to make Loki a TV series.

In particular, Marvel’s choice to make Loki a TV series stems from the fact that the character is an antihero. Getting viewers onboard with a morally grey protagonist can prove challenging even with a longer format. A film would have made that an even harder sell.

During Marvel Studios ASSEMBLED, Loki executive producer Stephen Broussard explained that television is the ideal format for the tale of an antihero. He listed characters like Don Draper and Tony Soprano as examples of antiheroes who benefited television runs. Another recent example is Breaking Bad‘s Walter White.

“TV has always been the medium of the antihero,” Broussard said. “You think about the great antiheroes like Don Draper or Tony Soprano. There’s enough time to kind of understand what some people might call ‘the bad guy’ in another movie or another type of story.”

“We realty wanted to have as much runway as possible to explore kind of what makes Loki tick,” he added.

With Loki confirmed for Season 2, Marvel’s “runway” to explore the character just got longer. Fans already watched him grow throughout the first season. However, the second outing will challenge him in new ways. For one, he’ll need to contend with where he and Sylvie left things. He’ll also need to clean up the chaos they unleashed, placing him into a heroic role he’s never taken on before.

That should prove an even more interesting take on the character Marvel fans know and love, giving them ample reason to tune in. There’s no word on when the TV series will return, but viewers can revisit Loki Season 1 in the meantime. There’s officially no shortage of screen time for the trickster, and there’s always something new to take in about him. Hopefully, that will continue into future projects from the franchise.