Why is Sunak asking me?! Kate McCann reveals confusing question asked after collapse

Broadcaster Kate McCann said she was confused as to why she would need to tell paramedics her age after fainting during a live debate between Rishi Sunak and Liz Truss last week. Ms McCann collapsed off-screen with a loud booming sound, resulting in Ms Truss looking horrified as she watched the reporter go down. Discussing the aftermath of the fainting spell with Good Morning Britain, Ms McCann revealed that in her confused state following her collapse she mixed up the paramedic with Rishi Sunak, wondering why the Tory candidate would want to know how old she is.

Presenter Richard Madeley said: “The next thing you knew, somebody was asking how old you were.”

Co-host Kate Garraway asked: “So what happened? Was it nerves? Talk me through what was going through your mind when you were standing.”

The broadcaster said: “Well, nothing.

JUST IN: Kate Garraway confirms GMB return after Derek Draper was left ‘fighting for his life’ 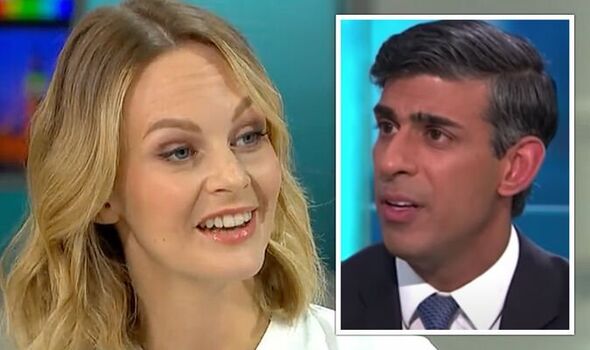 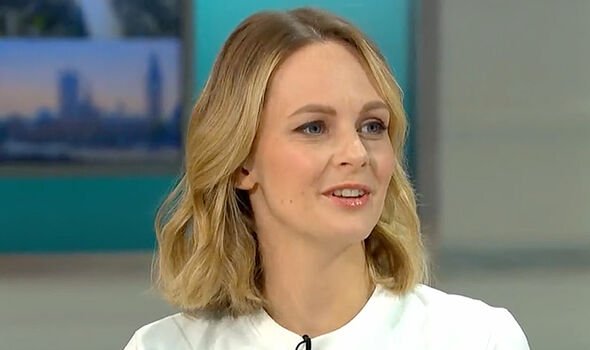 “I didn’t see it coming. I was really nervous when we started but that kind of heart hammering, really good nerves when you’re about to do something. Adrenaline.

“But what’s really ironic is we got to that moment, I just got started talking about Ukraine and knew we really had a good question coming because Piers Morgan had just been in this interview with the Zelenskys and we were going to do it exclusively.

“I was really relaxed, and at that moment, I wake up on the floor and I have no recollection of feeling sick, or dizzy, or pain beforehand. It’s just really, really unfortunate.”

Mr Madely asked: “Why were they asking you your age?”

She said: “It was the paramedics. I think it was to try and see if I was aware or conscious. He kept asking me over and over and over.

“I kept thinking, ‘why does Rishi Sunak want to know my age? It’s not relevant here.’

“And then obviously it wasn’t Rishi Sunak and I was the wrong way up. I remember kind of looking at the studio lights and thinking that’s not where I’m supposed to be.”