Home » TV and Movies » Where was Game of Thrones filmed? – The Sun

Where was Game of Thrones filmed? – The Sun

GAME Of Thrones, the blockbusting, record-breaking series, featured some utterly breathtaking landscapes. From bone-dry deserts to the freezing cold beyond the Wall.

Here are details on where the gripping drama was filmed, in case you've ever thought of planning some Game Of Thrones-themed sightseeing… 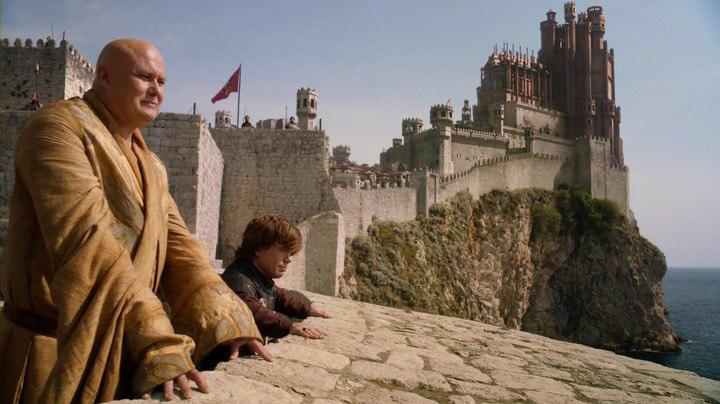 Where was Game of Thrones filmed?

Game of Thrones was mostly shot in a studio in Belfast, but there are also on-location shoots in Northern Ireland, Croatia, Morocco and Iceland.

Here are some of the main locations…

The spectacular King's Landing is home to the iron throne and the ruler of the seven kingdoms, so naturally, the locations used had to be visually stunning.

It was filmed in Dubrovnik, Croatia, a picturesque town on the Mediterranean coast which was perfect for filming scenes by the sea. The terracotta roofs of the houses are shown in the show as characters look over the city, while matriarch Olenna Tyrell's secluded quarters are also right by the sea in Dubrovnik.

But Dubrovnik has only been used since season 3. Previously the historic city of Mdina in Malta stood in for King's Landing.

The Croatian town was also used for the finale of season 2, when it was the location for the House Of The Undying, where Daenerys Targaeryen defeated warlocks who wanted to kill her and her dragons. 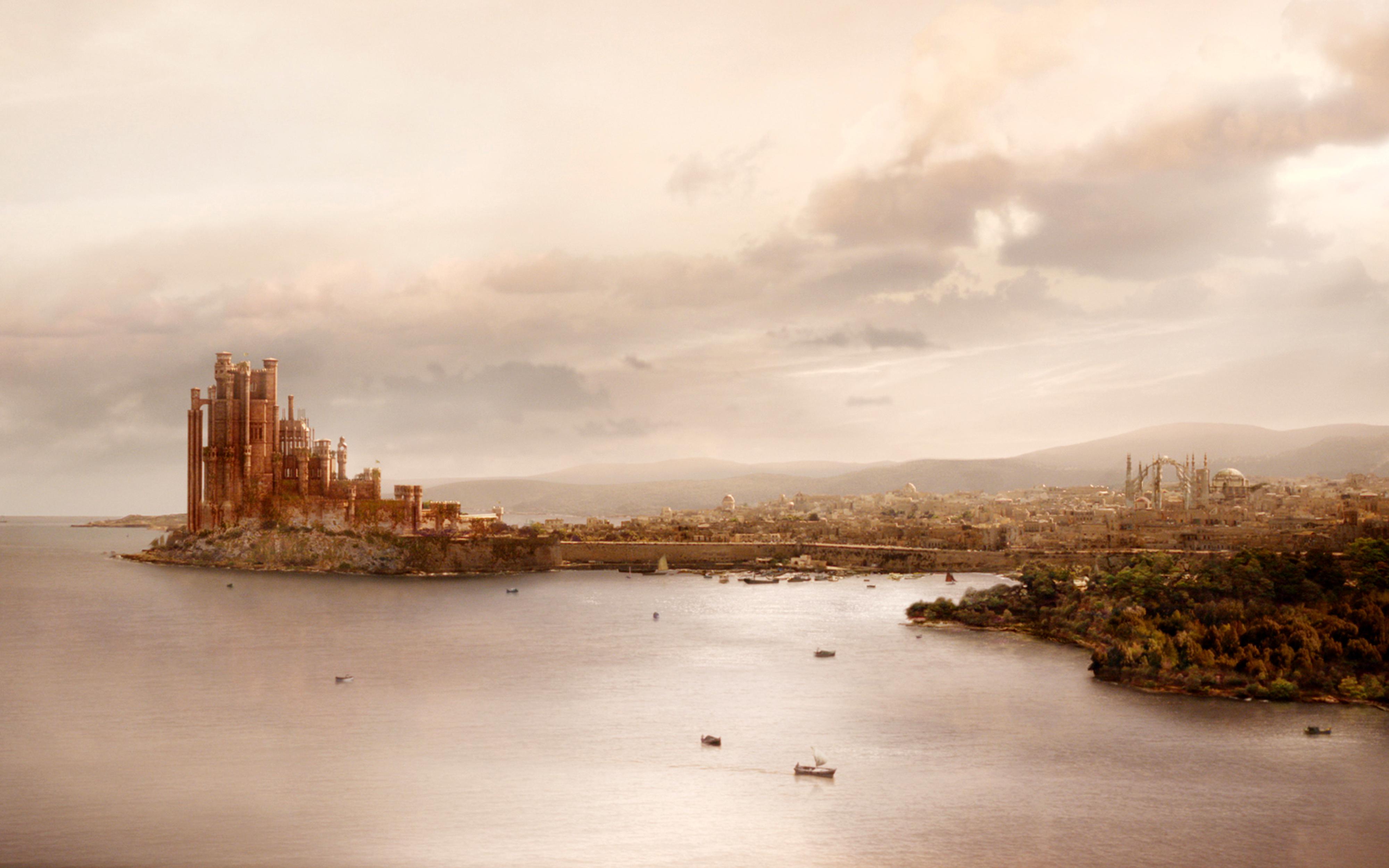 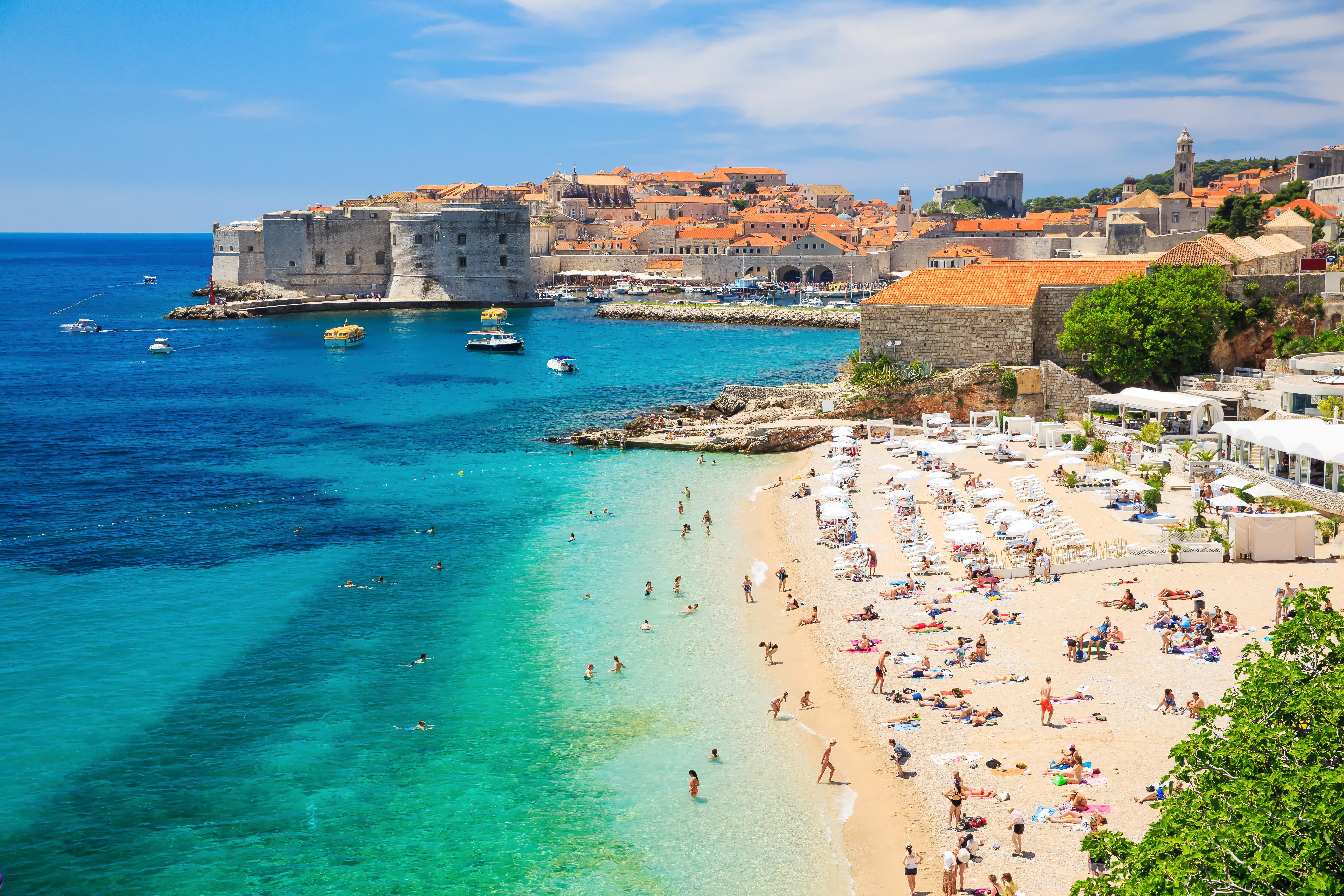 The grey towers of Winterfell are pretty bleak and imposing in the show – whether they're run by Ramsay Bolton or Jon and Sansa.

In reality they're located in County Down, Northern Ireland, where it can be a lot greener and sunnier than it seems on the show.

The castle scenes were filmed at the Stangford Castle Ward estate and Stangford Castle Towers, while the haunted forest where the Starks find their direwolves is in the nearby Tollymore Forest Park.

The Northern Ireland locations have seen a tourism boost as Game Of Thrones fans flock to pay homage to their favourite show. 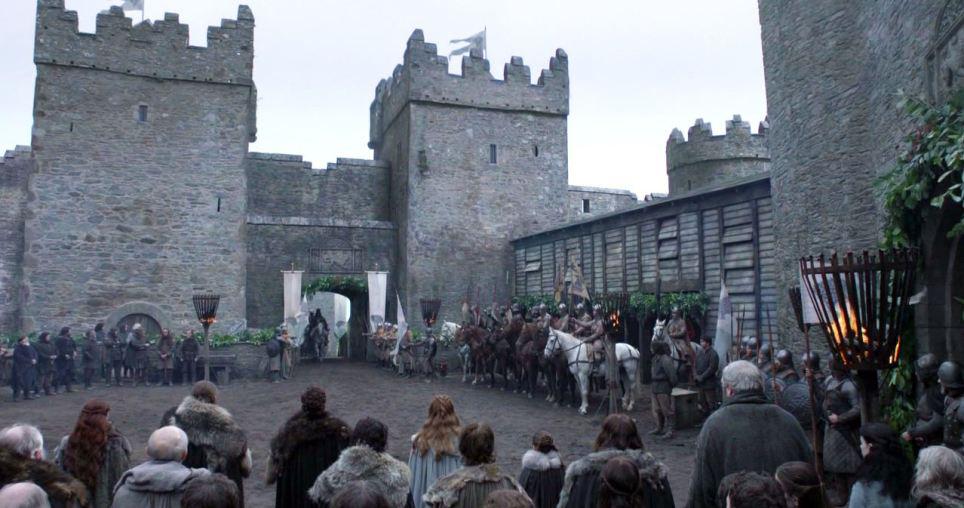 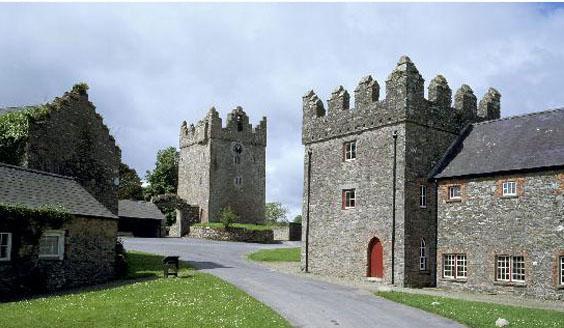 Castle Black and the Wall

Castle Black and the Wall were filmed at the abandoned Magheramorne Quarry in Northern Ireland.

There's a lot of CGI involved as the Wall is 700 feet tall  and 300 miles long – much bigger than the quarry – so producers need to edit this footage a lot. Nonetheless the site in County Antrim has been a key feature of the hit show for a long time.

Beyond the Wall, the snowy landscapes full of white walkers and wildlings are shot in Iceland, using some of Europe's biggest glaciers to conjure up the deserted snowy landscape. 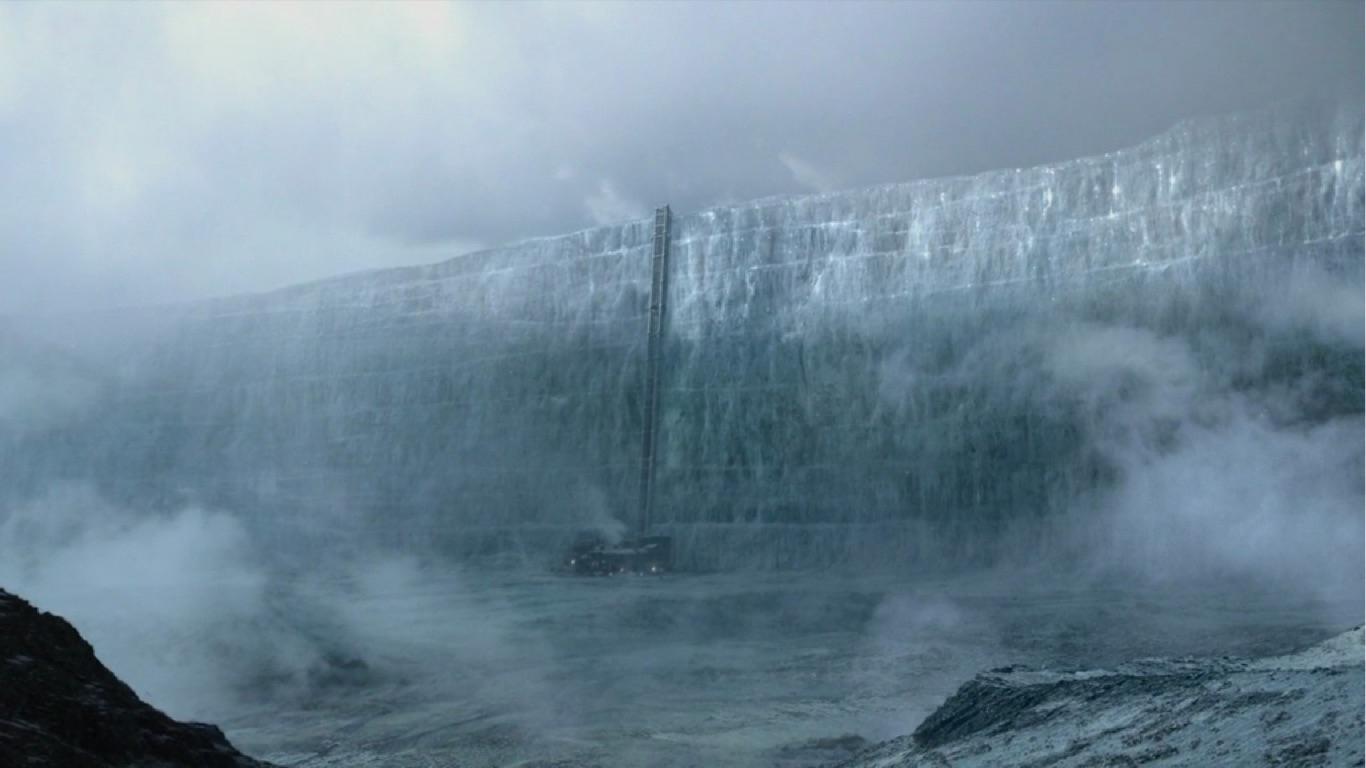 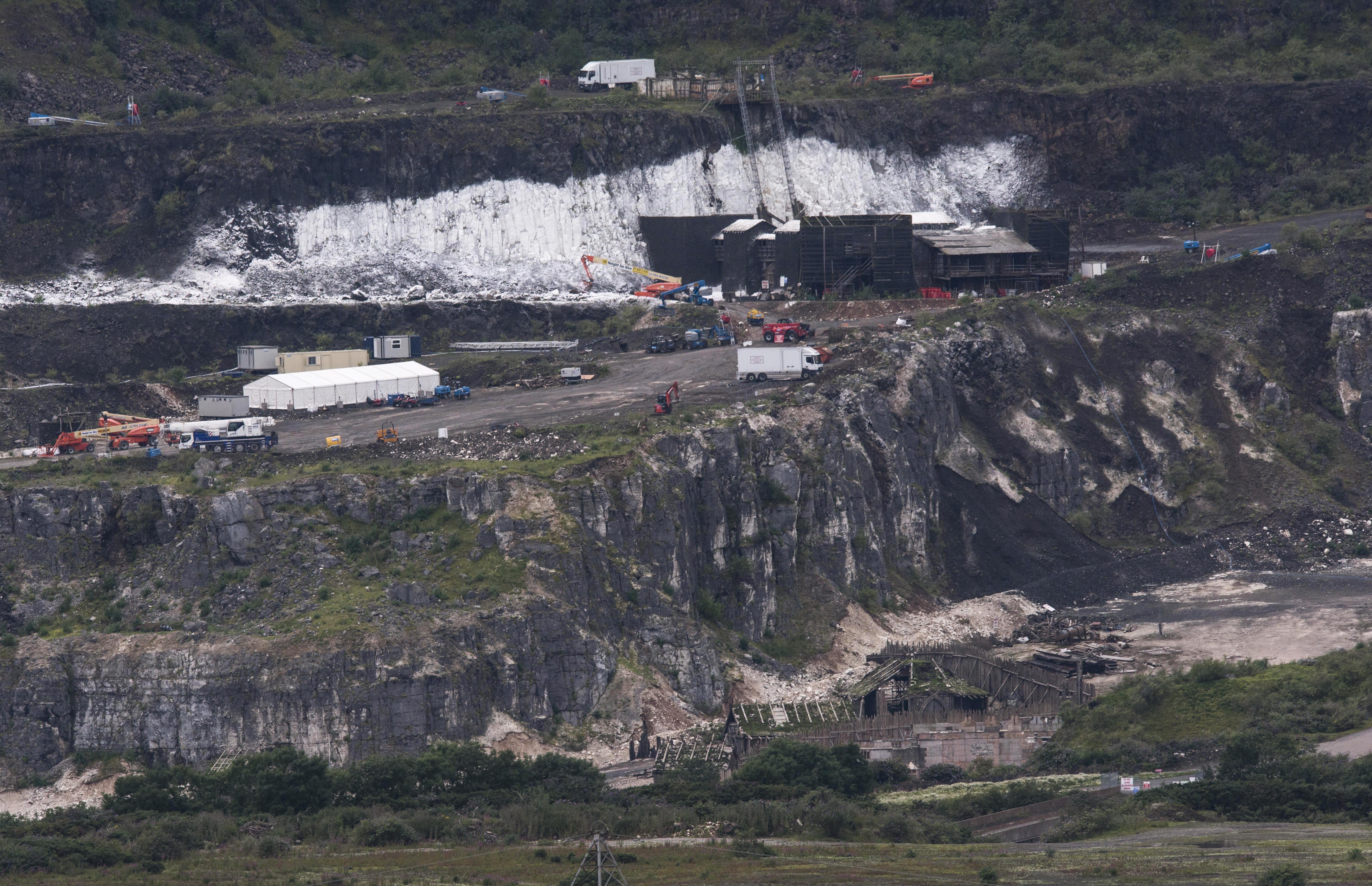 The fictional location is a vast area including three great "Slaver Cities" so it's no surprise a lot of different locations make up Slaver's Bay.

The city of Yunkai was filmed at the red citadel of Ait-Ben-Haddou in Morocco – which is especially interesting considering Yunkai was the yellow city.

While Yunkai's neighbouring city Astapor was filmed in Essaouira in Morocco, a UNESCO world heritage site.

Both locations were CGIed to transform them into the cities we see on the show, but are pretty spectacular in their own right. 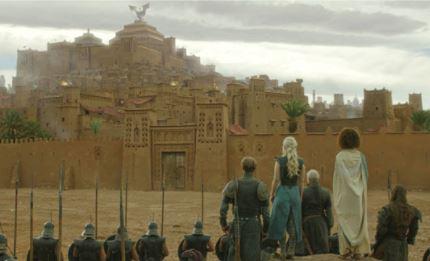 Dorne was also filmed at a UNESCO world heritage site. The Alcazar of Seville stands in for Dorne's capital city, Sunspear, and its Water Gardens.

The Castle of Zafra in central Spain was also used as the Tower of Joy in Dorne. Sometimes a location in Northern Ireland, Portstewart Strand, would stand in for one of the Dornish beaches.

Stannis Baratheon burns his old gods at one of the longest beaches in Northern Ireland, Downhill Strand, which is 7 miles long.

In real life it's overlooked by tiny Mussenden Temple, rather than the huge castle at Dragonstone.

Related posts:
What texture are your stools? How to reveal your risk of bowel cancer by checking your poo
T.I., 39, Looks Ripped While Showing Off His Intense Boxing Skills At The Gym — Watch
Popular News
Millionaire darts ace Mervyn King now earns £120 a day delivering Amazon parcels after competitions axed
28/10/2020
Man Utd wonderkid Ramon Calliste, called ‘the next Giggs’, now owns luxury watch business and makes £5m a year – The Sun
26/03/2020
Megan Thee Stallion Addresses Criticism Over Twerking: ‘I Love to Shake My A**’
26/03/2020
Police guard shops to stop coronavirus panic-buyers and enforce social distancing – The Sun
26/03/2020
Coronavirus: Good Morning Britain’s Dr Hilary reveals ‘game-changing’ self-testing kit
26/03/2020
Recent Posts
This website uses cookies to improve your user experience and to provide you with advertisements that are relevant to your interests. By continuing to browse the site you are agreeing to our use of cookies.Ok