Home » TV and Movies » ‘We Are Who We Are’ First Look: Luca Guadagnino Makes His TV Debut with HBO Series

‘We Are Who We Are’ First Look: Luca Guadagnino Makes His TV Debut with HBO Series

HBO has announced the return of Luca Guadagnino is set for September with the world premiere of his eight-episode limited series “We Are Who We Are.” The network has marked the release date announcement by dropping a first look at cast members Jack Dylan Grazer and Jordan Kristine Seamón in their leading roles, plus a brief teaser which has the first footage form the highly anticipated series. The project is Guadagnino’s first television project and marks his follow-up to 2018’s “Suspiria” and the 2019 short film “The Staggering Girl.”

HBO’s synopsis for “We Are Who We Are” reads: “A story about two American kids who live on a U.S. military base in Italy, the series explores friendship, first-love, identity, and immerses the audience in all the messy exhilaration and anguish of being a teenager – a story which could happen anywhere in the world, but in this case, happens in this little slice of America in Italy.”

Grazer stars as Fraser, a “shy and introverted 14-year-old who moves from New York to a military base in Veneto with his mothers, Sarah (Chloë Sevigny) and Maggie (Alice Braga), both of whom are in the U.S. Army.” Seamón plays Caitlin, a “seemingly bold and confident” teenager who has lived with her family on the base for several years and speaks Italian. Caitlin has a close relationship with their father, Richard (Kid Cudi), but struggles to communicate to have one with her mother, Jenny (Faith Alabi).

Guadagnino created the series and directed all episodes. The filmmaker wrote the series with Paolo Giordano and Francesca Manier. He also serves as executive producer. The September debut makes “We Are Who We Are” one of HBO’s big prestige dramas of the fall television season. Check out the first looks at the new series in the photo and teaser video embedded below. 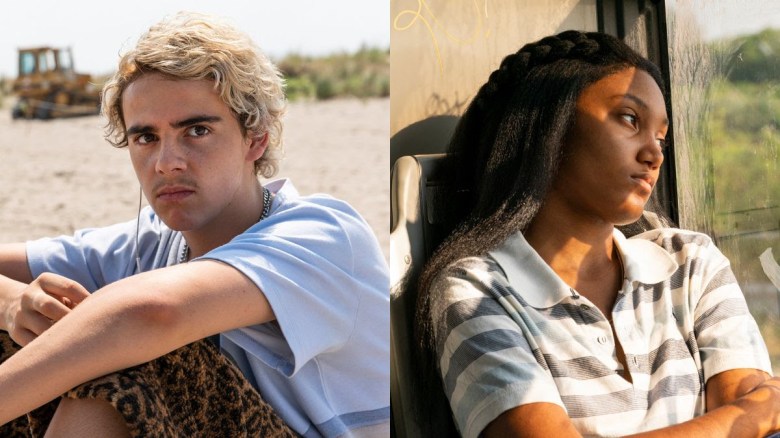