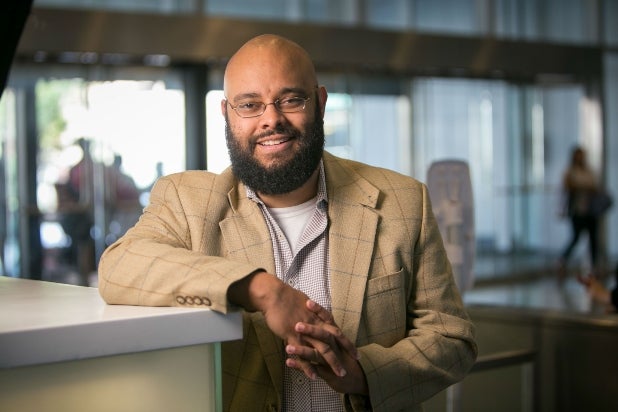 Warner Bros. Television Group has signed Dr. Phillip Atiba Goff, co-founder and CEO of the Center for Policing Equity, to an overall deal.

The agreement will see the Yale professor and his newly formed creative team, JusticeRx, create original content informed by his work, as well as collaborate with the studio’s creative roster on projects centered around social justice.

The original content by JusticeRx will be aimed at telling stories that “help get people free.” This could range from scripted dramas and comedies to docuseries and other unscripted projects for streaming, cable and broadcast networks.

Kevin Richardson, a 20-year creative executive who helped develop Fox’s “Empire” and “24: Live Another Day,” will serve as executive vice president for JusticeRx. The vice president of creative affairs will be Dr. Amma Y. Ghartey-Tagoe Kootin, a Harvard and Tisch-educated scholar, writer and producer who is a TED Fellow and previously contributed at A&E and the History Channel. Halle Liebman will be joining from NBCUniversal’s Peacock to coordinate the enterprise.

“Dr. Phillip Atiba Goff has been a leading voice of moral clarity on critical issues facing our society, and through this creative partnership, we are honored to have the benefit of his insight, guidance and counsel here at the Studio,” Channing Dungey, chairman of Warner Bros. Television Group, said. “We are also extremely excited to collaborate with Dr. Goff and his team to create powerful and compelling programming that will both entertain and inspire.”

“This year, the world was reminded of the power stories have to define our lives. That creates an unprecedented opportunity to direct that power towards uplifting vulnerable communities,” Dr. Goff said. “Our goal will be to help storytellers un-tell the lies we tell about ourselves. I could not be more excited about this opportunity to work with the brilliant people at WBTV in that project.”

Dr. Goff is the Carl I. Hovland Professor of African American Studies and Professor of Psychology at Yale University. Goff’s Center for Policing Equity (CPE) is a research and action organization that aims to identify and reduce the causes of racial disparities in public safety.