THE Only Way Is Essex star James 'Diags' Bennewith has been left heartbroken after the tragic death of his friend.

The reality TV favourite took to Instagram on Thursday afternoon to share a throwback photo of him and his late pal sharing a drink. 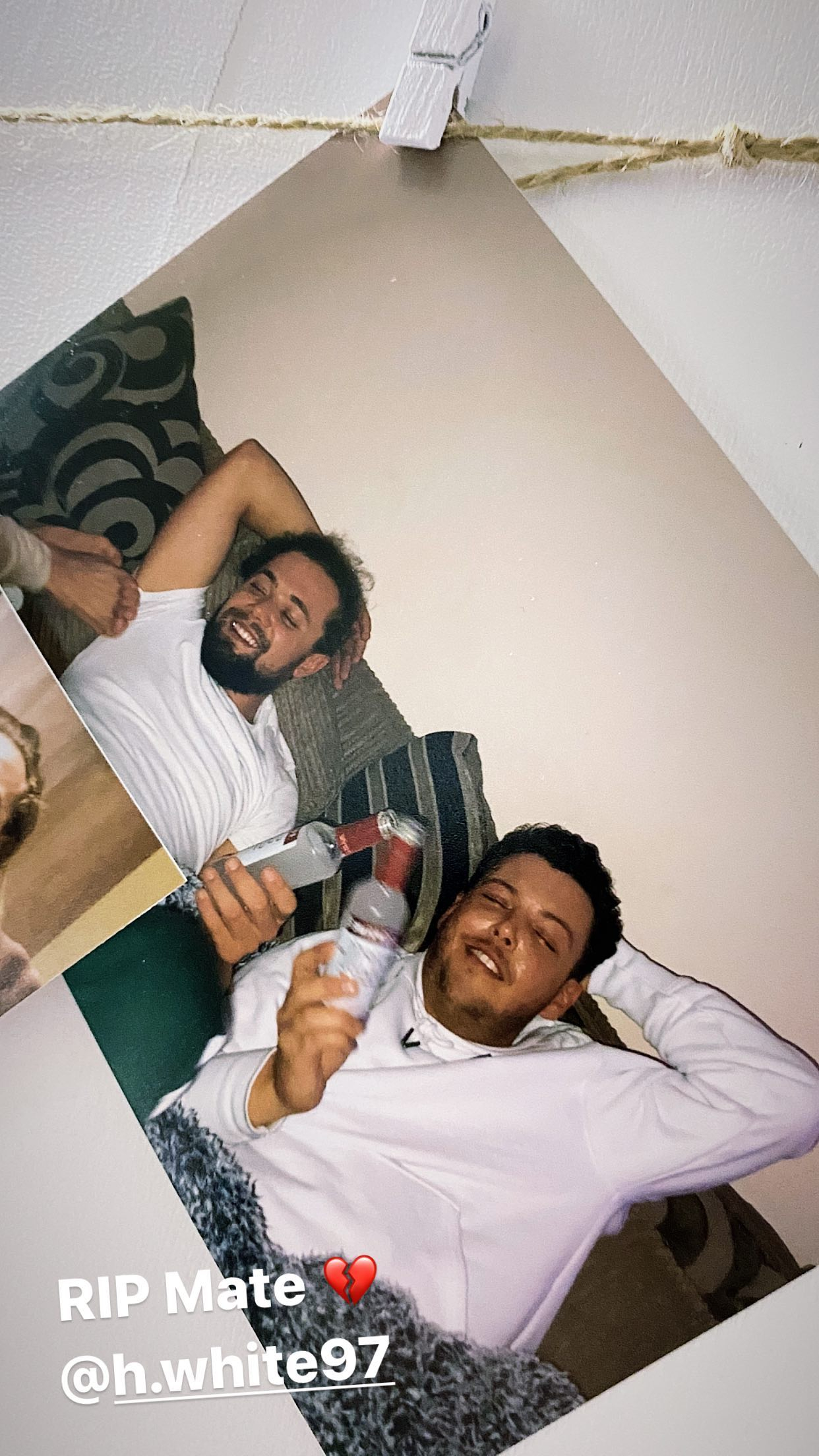 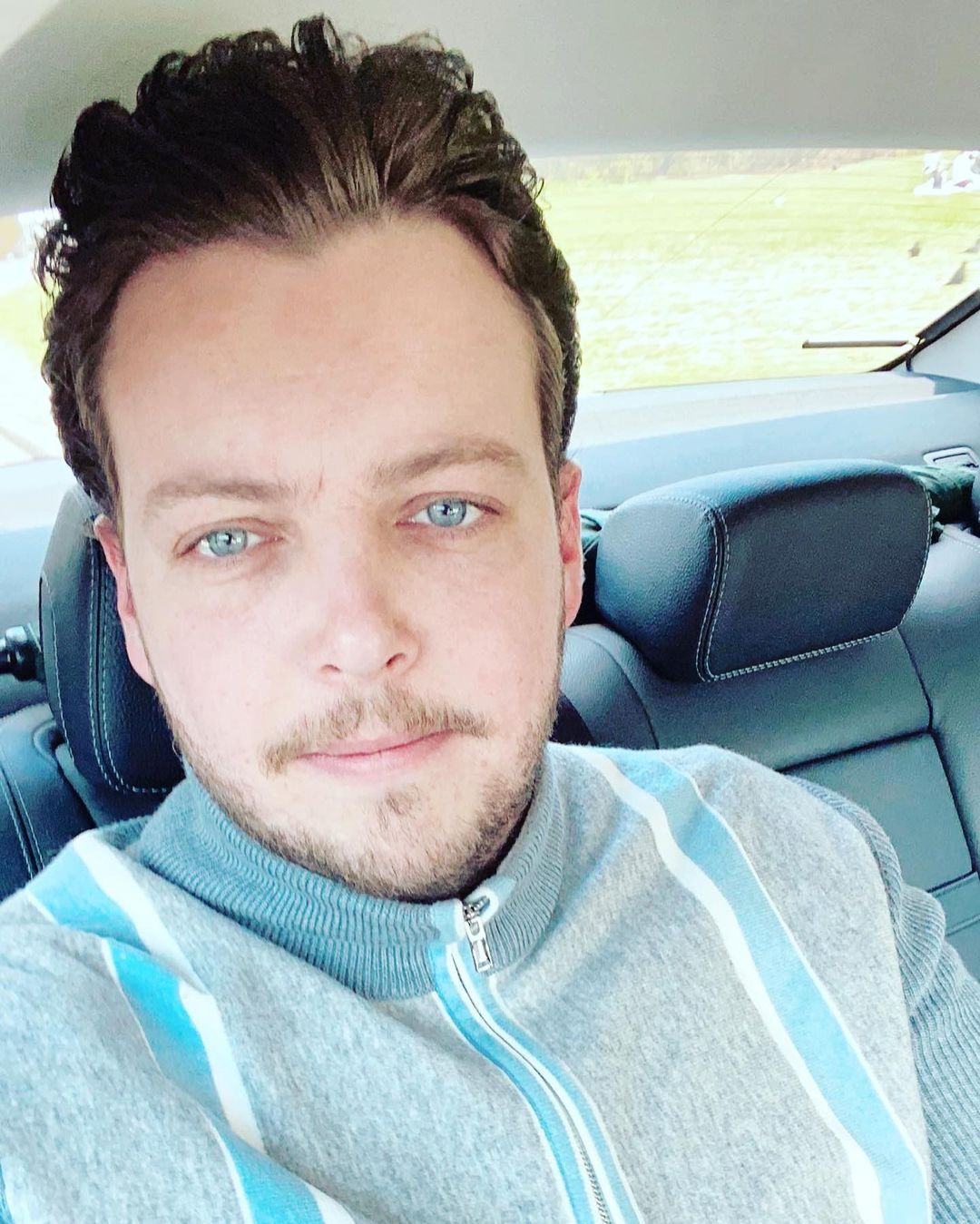 James, 31, could be seen smiling in the photo as he cosied up on the sofa with his friend, as they said cheers with two Smirnoff bottles.

Sharing his devastation with a broken heart emoji, Diags captioned the sweet snap of the pals: "RIP Mate."

The TV star followed up with a second snap of himself and all his friends, including his pal who had tragically passed away. 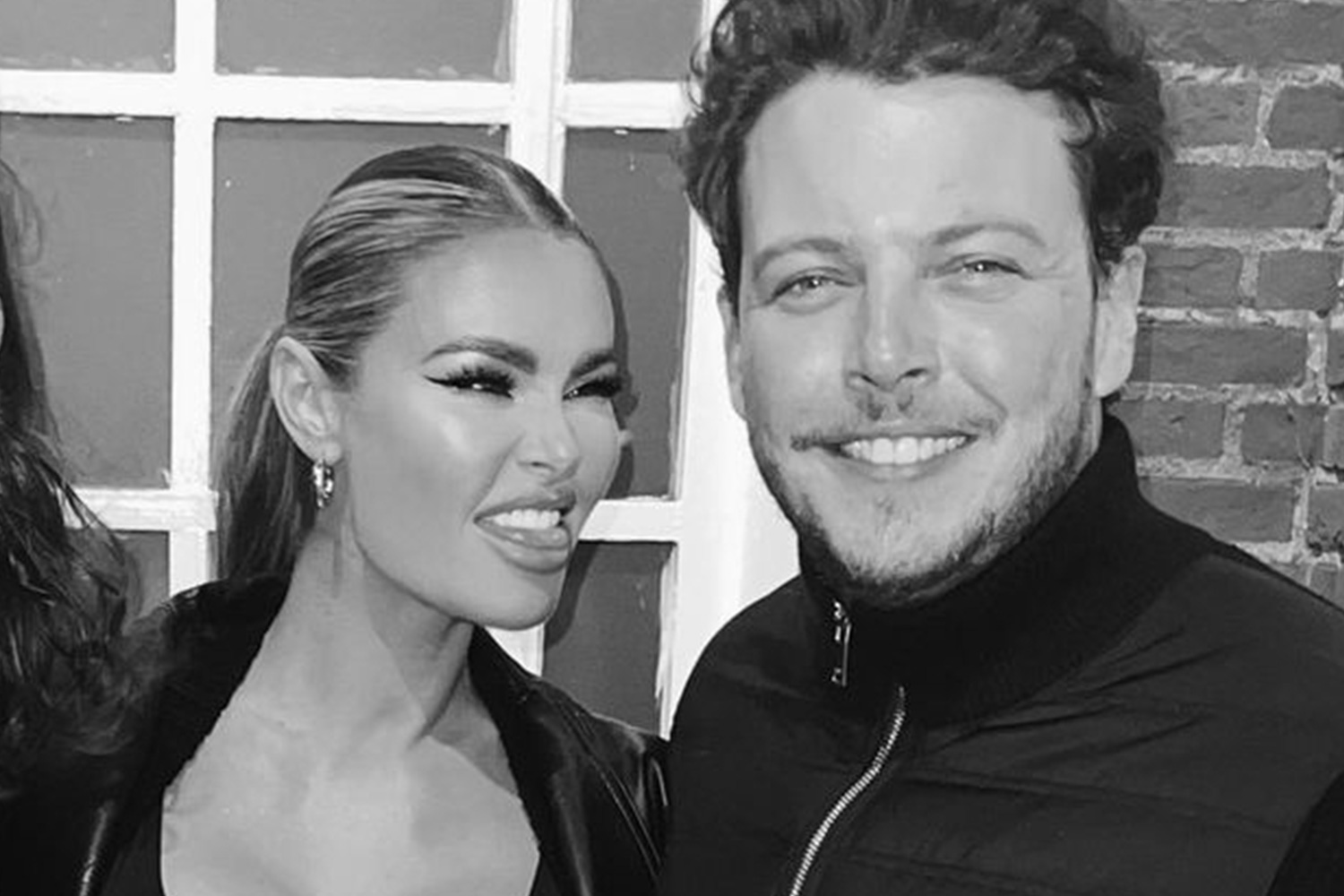 Towie’s Diags gets down on one knee for Chloe Sims 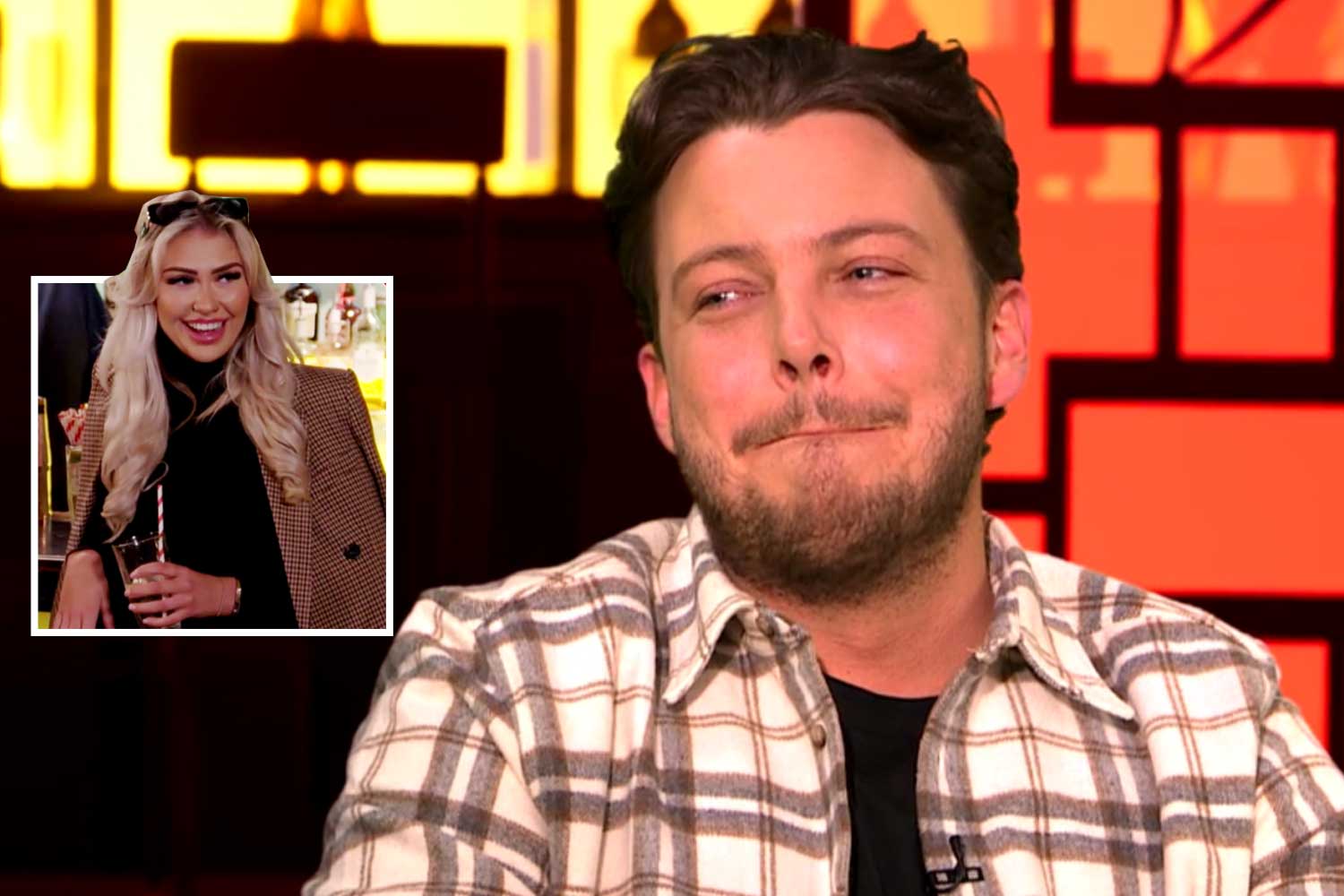 Last year, Diags documented how his brother was rushed to hospital with a brain aneurysm and needed an eight-hour op to save his life.

He took to his Instagram account to discuss Jack's frightening ordeal and thanked Addenbrookes Hospital for saving his sibling's life.

Due to the ongoing Covid-19 pandemic, the reality TV star revealed he was unable to visit his younger brother in hospital while he recovered. 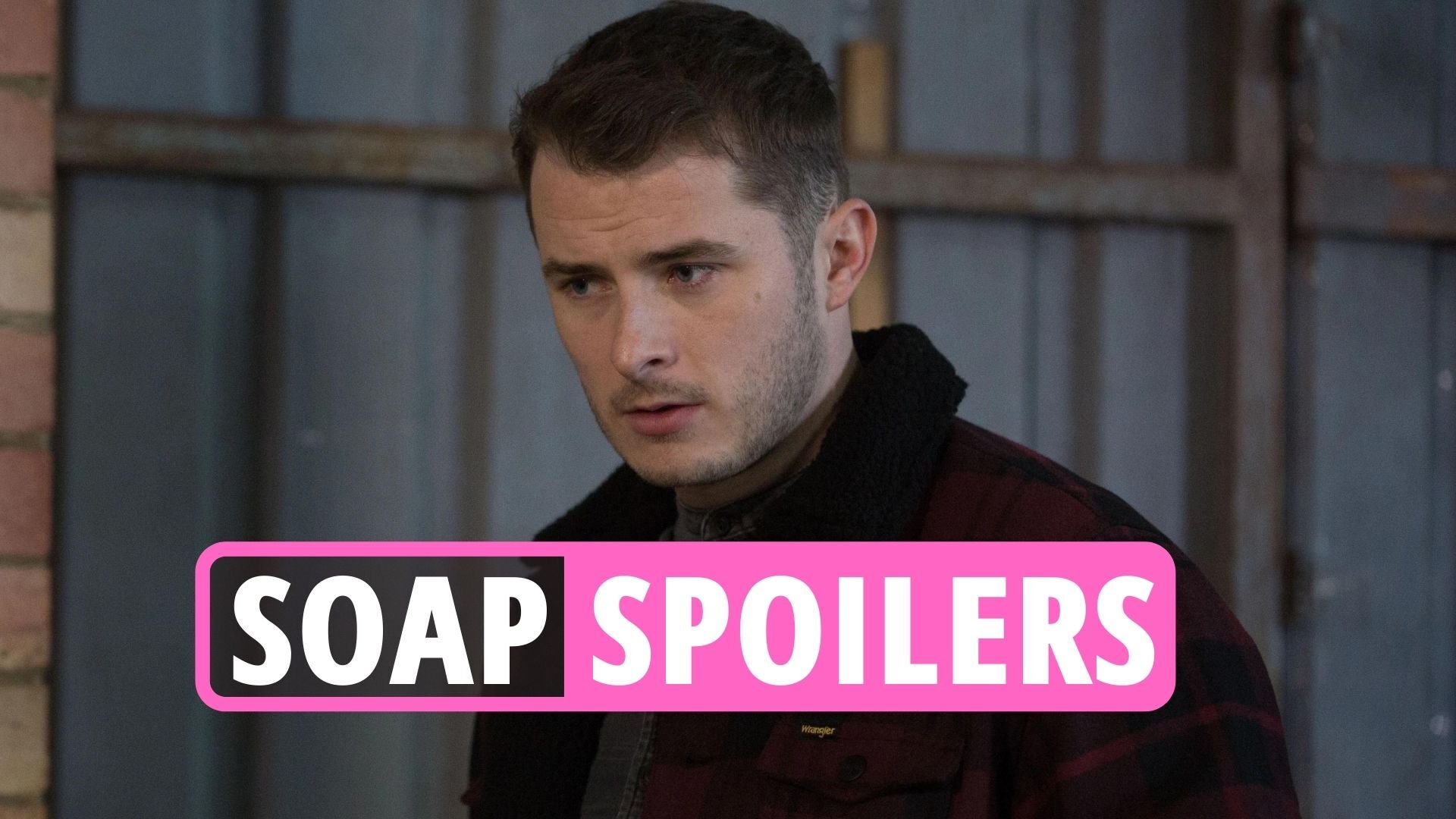 "Then having to have a brain operation for 8 and a half hours, all by himself as covid means you can’t even visit the ward!

"He’s finally coming home so here’s to the strongest geezer I know. Thank you to everyone at Addenbrookes Hospital for saving him."

James was catapulted into the spotlight when he joined Towie in 2012 for season 4 – introduced with his nickname, 'Diags'.

Before joining the reality show, he was good already good friends with co-star Joey Essex, having known him since the age of 13.

He has also had a romance with Towie co-star Fran Parman, and more recently, blind-date Amy – who he was set up with on the show.

Speaking on TOWIE: The Official After Party, exclusive to The Sun, the star spilled the beans on his date in an episode last October.

Haven holidays now on sale from £4pp a night in June

Diags told host Bobby Norris: "It wasn't the best double date to go on in the world Inviting her was a bit of a risk, but I thought y'know what, whatever."

But when asked if the risk was worth it, the TV favourite coyly replied: "We went out afterwards for dinner and drinks off camera…"

Kim Kardashian and Kylie Jenner Appear to Be Arguing on Instagram, and It's All Kinds of Bizarre
Spending on US air travel drops $1B in April as prices rise
Popular News
27% of consumers in relationships expect Valentine's Day spending may cause them to rack up credit card debt
08/02/2023
Man Utd wonderkid Ramon Calliste, called ‘the next Giggs’, now owns luxury watch business and makes £5m a year – The Sun
26/03/2020
Megan Thee Stallion Addresses Criticism Over Twerking: ‘I Love to Shake My A**’
26/03/2020
Police guard shops to stop coronavirus panic-buyers and enforce social distancing – The Sun
26/03/2020
Coronavirus: Good Morning Britain’s Dr Hilary reveals ‘game-changing’ self-testing kit
26/03/2020
Recent Posts