GB News kicked off with a bang on Sunday evening as Andrew Neil launched the all-new news channel. And GB News has plenty of new shows to offers its viewers, including this morning’s debut of the Great British Breakfast with Kirsty Gallacher, Darren McCaffrey and Nana Akua. However, as the trio delved into the latest headlines, some viewers were most put off by the show’s appearance.

Shortly after Nana, Darren and Kirsty kicked off the show, many GB News viewers took to Twitter to share their thoughts.

“Good morning @GBNEWS  – as others have said (some bluntly), sound and lighting need tweaking (too quiet, ‘echoy’, and too dark) – other than that, a welcome addition to the news offering.  Thank you,” one fan politely said as they raised the issue of the show’s look,

“Love GBNews but please brighten up studio,” tweeted a third. “Too dark, black desk and black backdrop too dark.” 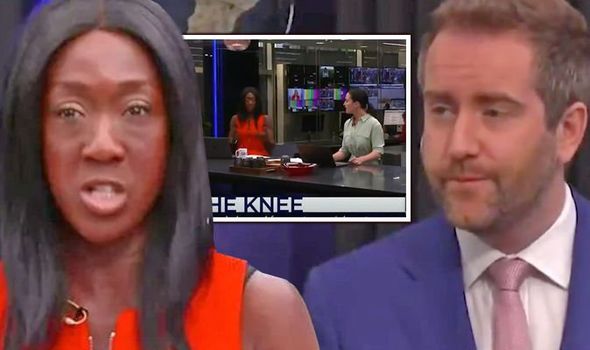 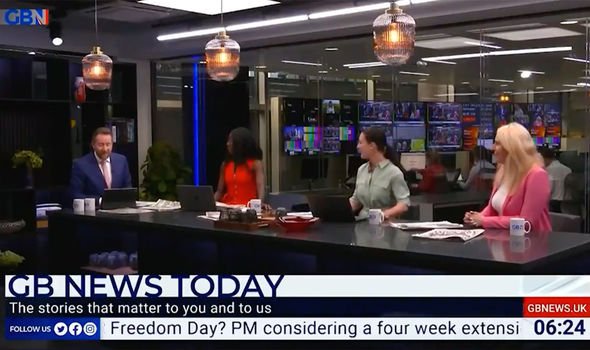 “Too dark for morning TV,” added a fourth, while a fifth said: “The set design and lighting is just too dark and gloomy.”

“@GBNEWS watching gb news. I really wish the channel good luck. Just something if I may say, the studio layout needs changing because it’s too cluttered and dark,” a sixth continued. 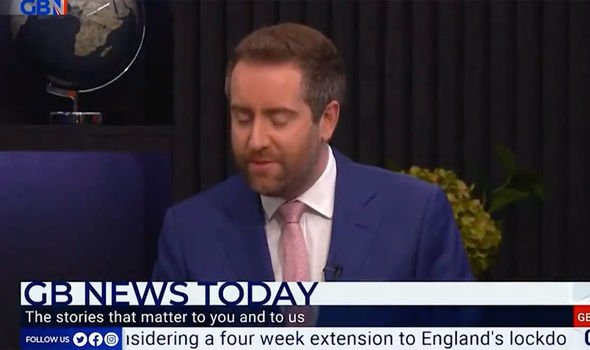