Netflix documentary series Tiger King: Murder, Mayhem and Madness has broken records after retaining the top spot on the US streaming platform for weeks on end since its release in March. Tiger King has got audiences across the world discussing the unbelievable true story of the feud between of owner of the Greater Wynnewood Exotic Animal Park Joe Exotic and Carole Baskin of Big Cat rescue. Over the course of the show, viewers get an insight into Joe’s colourful life, which included several marriages including to Travis Maldonado.

Travis was one of Joe’s husbands, whom he married in a three-way wedding ceremony in 2014.

The other participant in the nuptials was fellow GW Zoo worker John Finlay.

Travis was just 19 when met Joe before going on to tie the knot with the big cat owner, who was 32 years his senior.

Along with John, Travis also worked at the park after arriving from California. 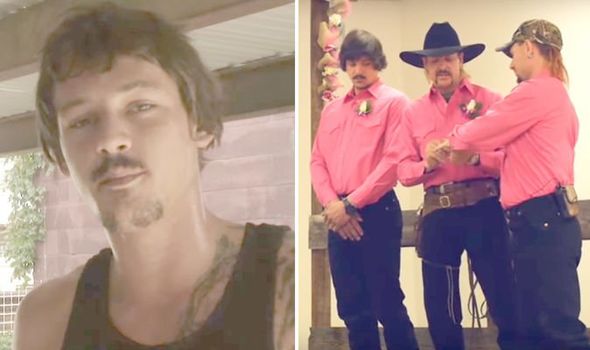 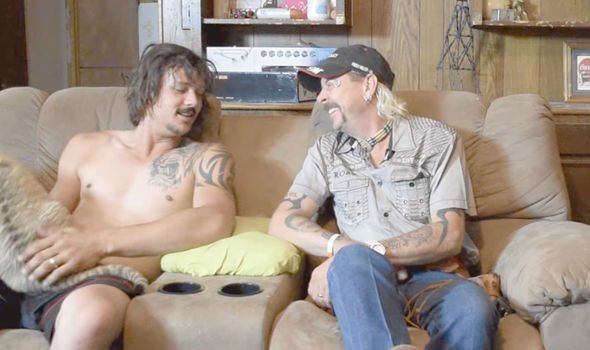 Sadly, Travis died in 2017 when he accidentally shot himself with a gun after believing it wouldn’t fire with the magazine (which loads bullets into the barrel) removed.

He explained how Travis has been holding the gun and tried to prove to Joshua and other staff it wouldn’t work before pulling the trigger.

In chilling CCTV footage, in which Travis was off-camera, Joshua could be seen gasping and reeling in shock after witnessing the tragic moment. 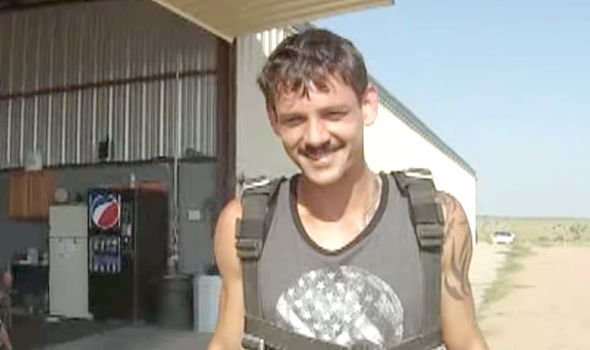 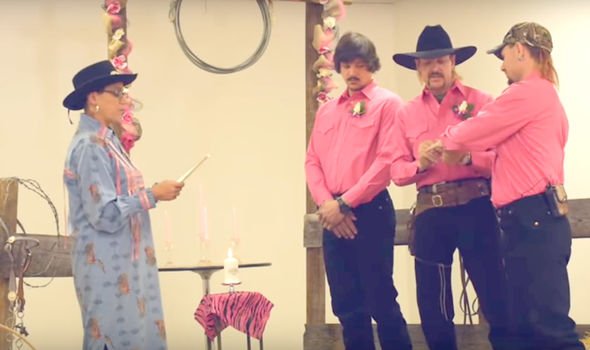 On the day of Travis’ death, Joshua said the young man had been complaining he was a “prisoner” on the park and wasn’t allowed to get a job or leave the complex.

However, the death was unintentional with Joshua explaining: “He’s always pointed guns at people all the time out there at the park. Sometimes he’d wake you up pointing a gun at you, he’d done that to me on multiple occasions, so he had done that to me again in the office that morning and said, you know, ‘Freeze motherf**ker’, which is just what he did.

Joshua added: “It’s not like on the movies, I knew he was dead the second he pulled the trigger, but at the same time I didn’t.”

In the programme, Joshua also claimed: “Neither Travis nor John Finlay were gay, and Joe admitted that to me.”

He went on to claim Joe was keeping Travis and John under his control by giving him a supply of drugs including meth.

Joshua said: “There are people out there, they will look at a person who is in desperate, dire need of something. In Travis’ case he was addicted to meth.

“And they take that need and they fulfil it until they become the only person who can fulfil that need, and in exchange, that person gives them whatever sexual or any other favours they want, that’s the relationship Joe had with Travis.”

Other people in the documentary spoke about Travis including the new owner of the zoo Jeff Lowe, who claimed: “Travis was a pothead from hell, which – who cares, you know – that’s all Travis had in his life.

“He was trapped here in Wynnewood, a boy from Cali and Joe kept him pumped full of weed to keep him from waking up and realising this isn’t a life to live.”

Joe’s ex-husband John said he had done a lot of meth, but Travis used as well, saying: “When Travis came around, Travis would smoke his meth.”

Travis’ family has also spoken out about his death with mother Cheryl Maldonado claiming Joe was “putting on a show” at her son’s funeral.

She said: “It was the worst thing ever in my whole life. My son being gone. I miss him greatly.”

Joe is currently serving a 22-year sentence in prison for a murder-for-hire plot to kill rival Carole and a number of animal cruelty charges.