HOLLY Willoughby was left speechless on This Morning today when an animal psychic gave the star a creepy message – from her pet cat Bluebell.

The 39-year-old star was stunned when pet communicator Beth Lee-Crowther appeared live on the show. 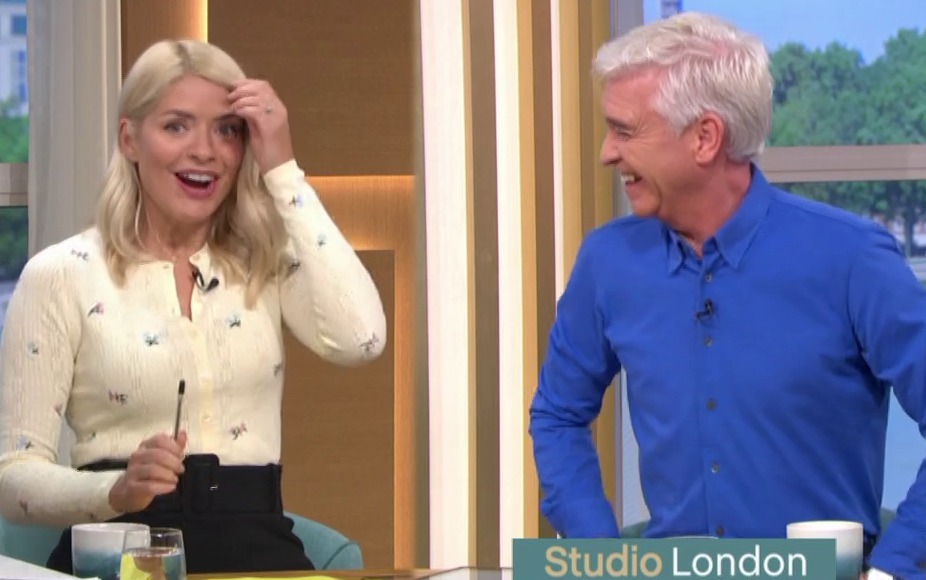 After hearing the thoughts of a 'psychic' horse called Fred, Holly asked about her cat Bluebell.

According to a message delivered by the animal psychic,he host has "very significant life changes" coming at the end of November.

Beth also explained that her cat, who she worried was living in fear of another cat, was actually in love with him.

Holly told the animal communicator: "There's actually been a bit of a burning question throughout lockdown, because we've been around a lot. 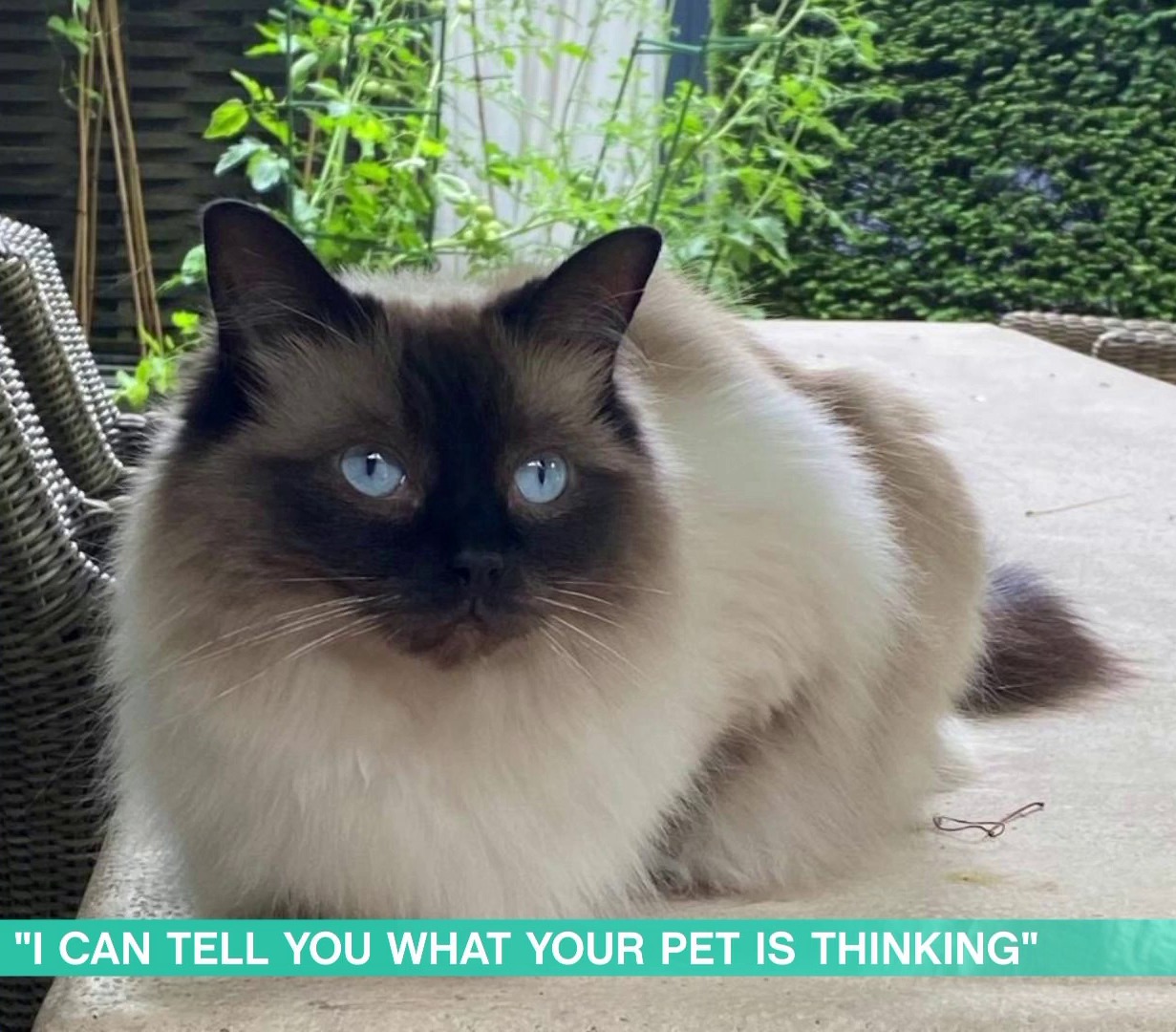 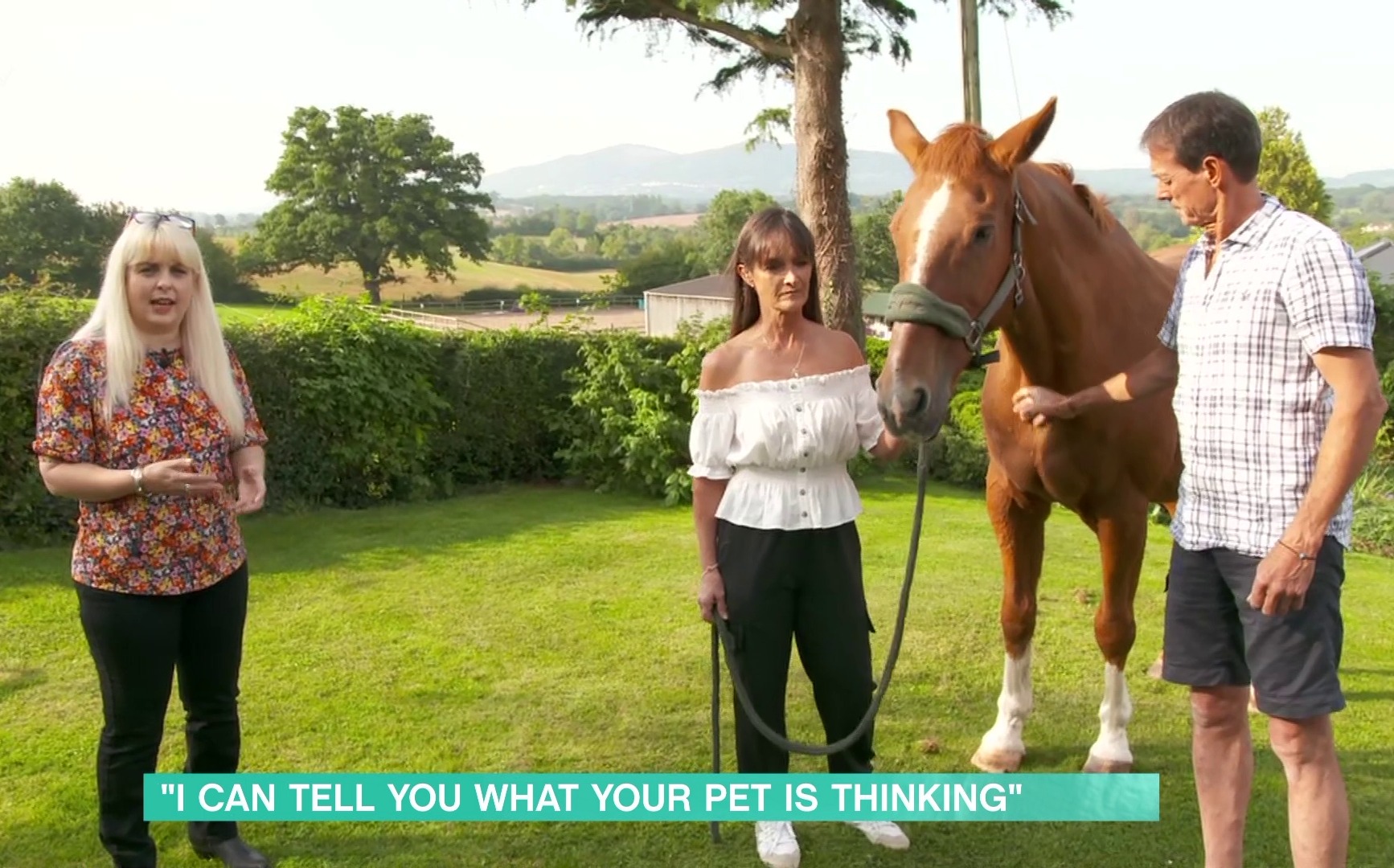 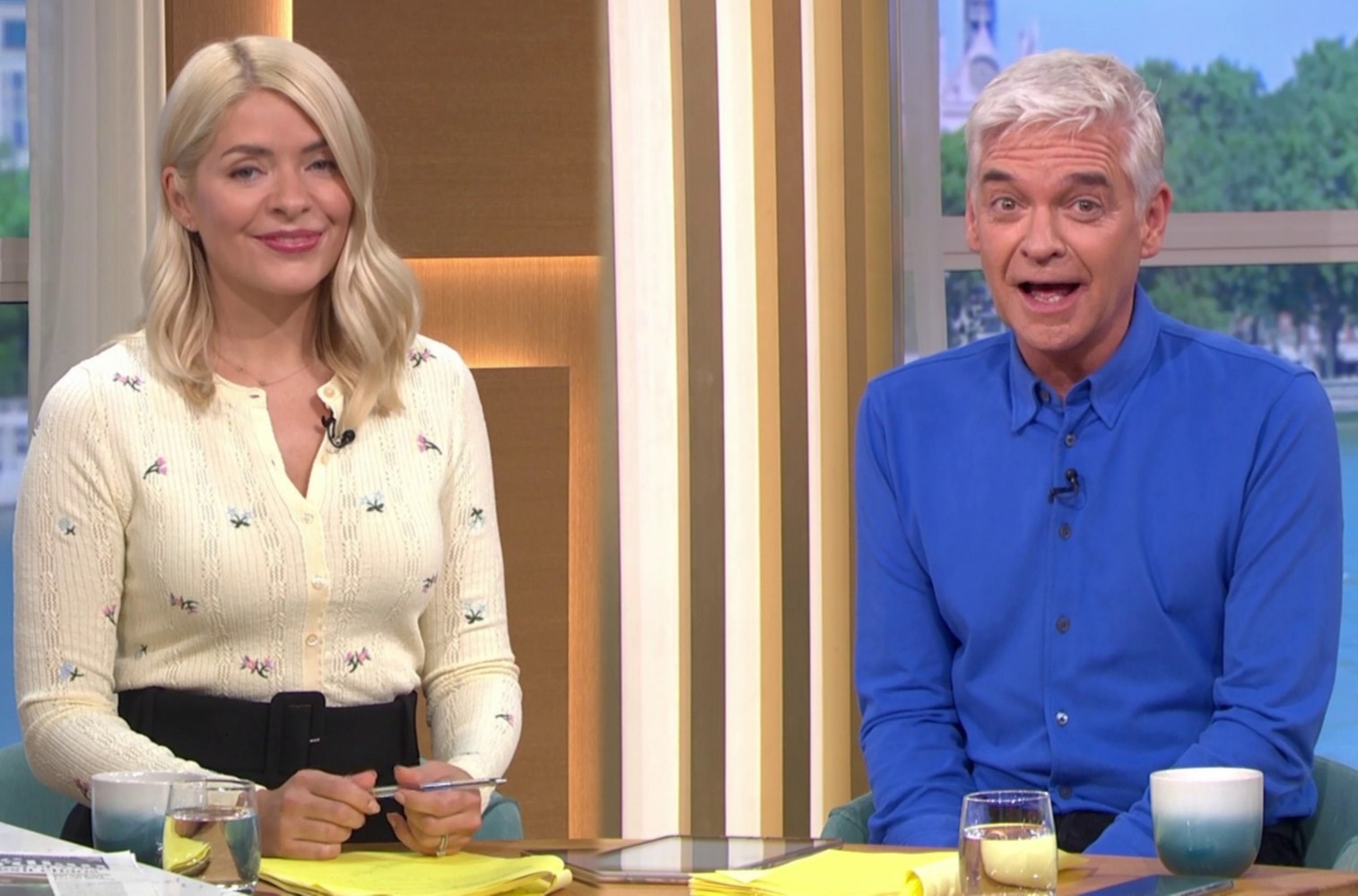 "There's a cat that keeps coming into our garden and at first I thought that she was really distressed about this cat because it comes to sit on the windowsill while she sits on the inside of the window.

"It happens every night and now I'm beginning to wonder that actually Bluebell might be in love with the cat?"

Beth replied: "Absolutely, Holly. I do believe Bluebell wants to be with that cat. I feel that Bluebell is a very beautiful-looking cat but very feisty as well – she really wants to be out doing things.

"But what's very interesting is that when I link into Bluebell for you, she gives me a date of November 24 and 25 for you Holly for very significant life changes." 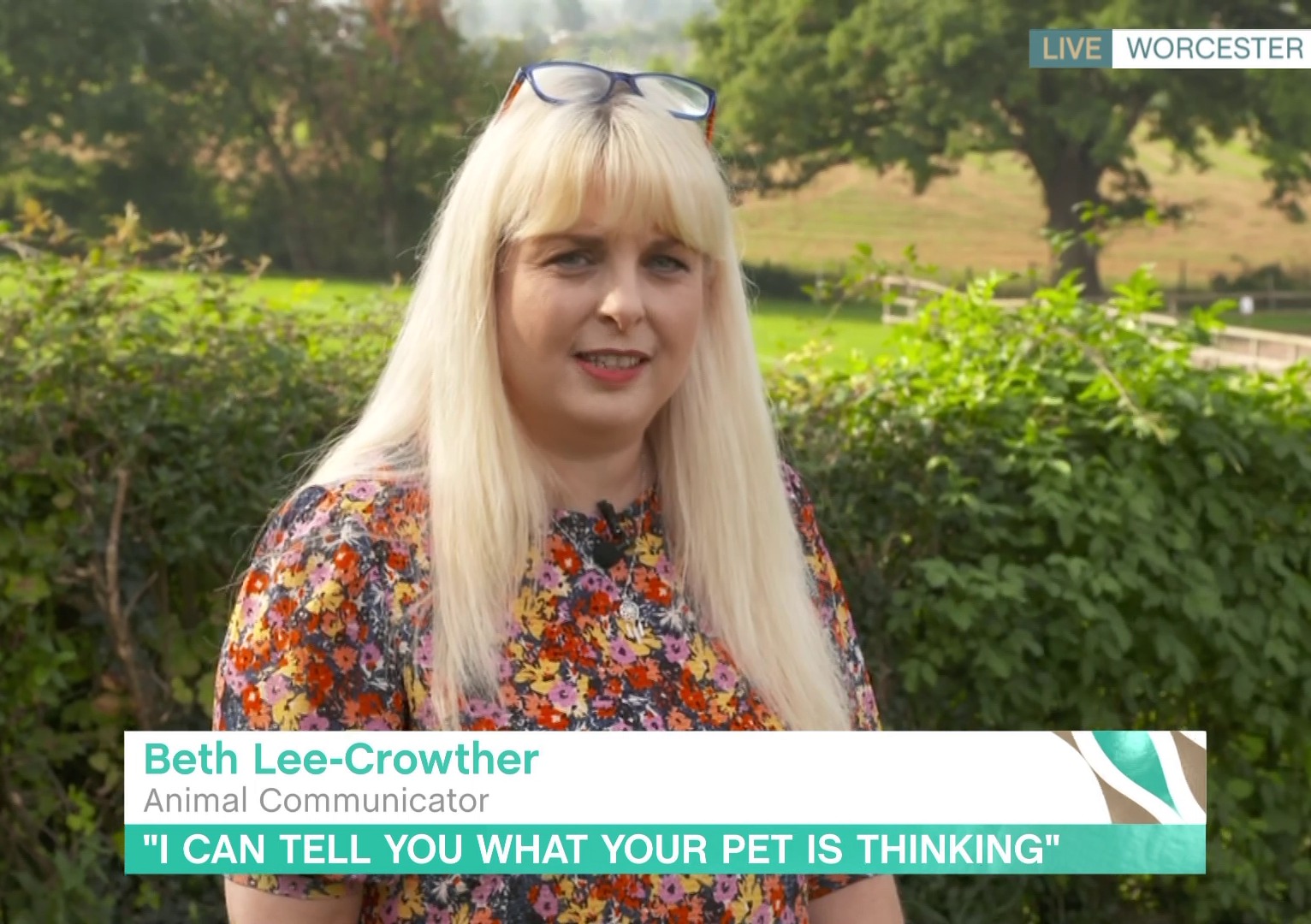 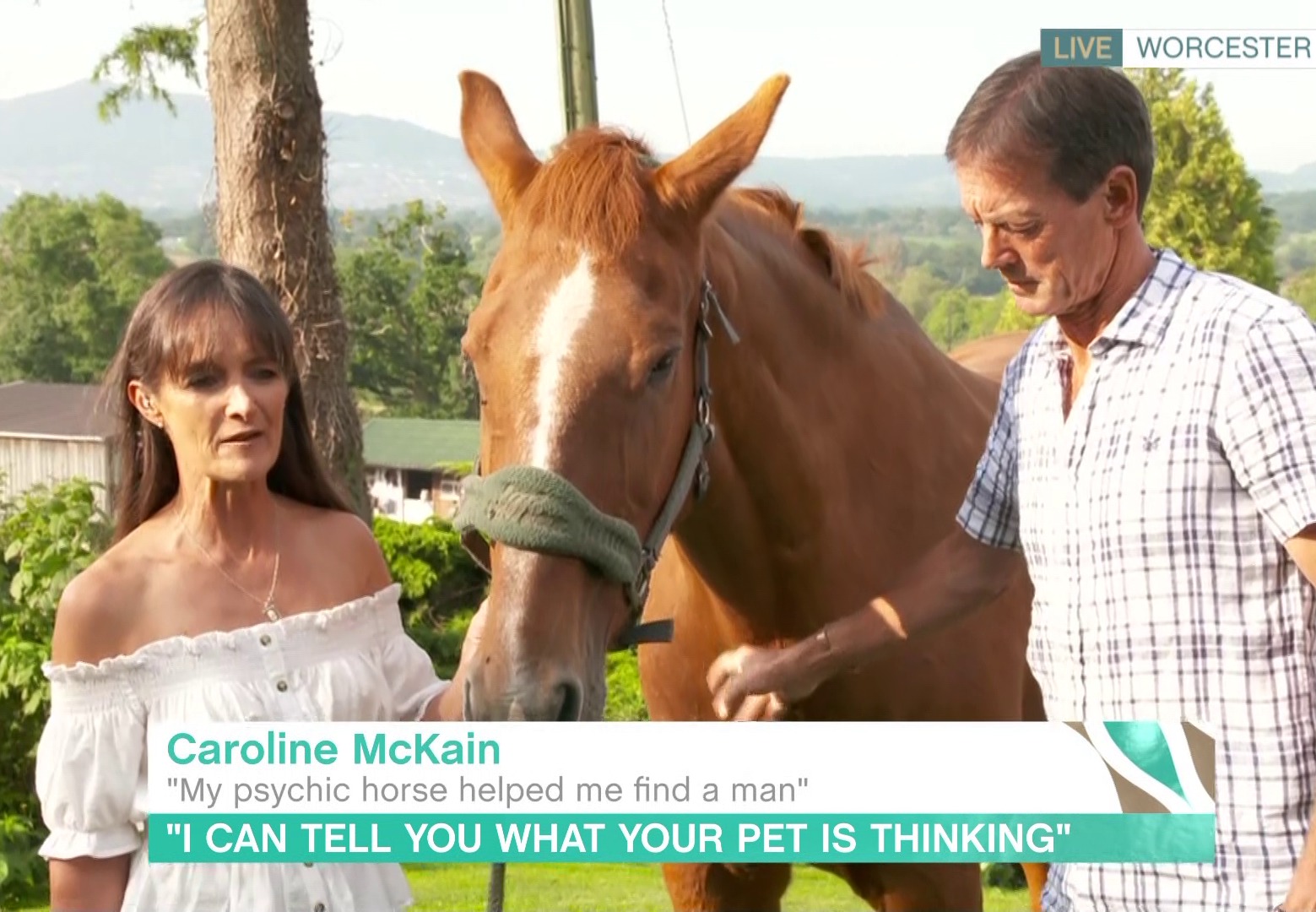 She added: "She needs me tell you that."

Shocked, Holly said: "I've written it down – I don't want to forget that."

However, not everyone was convinced, with one viewer tweeting: "Absolute b****cks! She’s got all that from a photo of a cat?"

Another asked: "Why do This Morning let people like this on? A talking psychic horse. For goodness sake!!"

Related posts:
11am Chelsea transfer news LIVE: Mendy ‘has ALREADY SIGNED’, Thiago Silva set to face Wimbledon TODAY, Rice LATEST – The Sun
Christian Bale Starved Himself On Tuna and Apples For His Most Acclaimed Role
Popular News
Kristin Cavallari Details Divorce from Jay Cutler In First Interview Since Split, 'Relieved' Reality Show Is Over
23/09/2020
Man Utd wonderkid Ramon Calliste, called ‘the next Giggs’, now owns luxury watch business and makes £5m a year – The Sun
26/03/2020
Megan Thee Stallion Addresses Criticism Over Twerking: ‘I Love to Shake My A**’
26/03/2020
Police guard shops to stop coronavirus panic-buyers and enforce social distancing – The Sun
26/03/2020
Coronavirus: Good Morning Britain’s Dr Hilary reveals ‘game-changing’ self-testing kit
26/03/2020
Recent Posts
This website uses cookies to improve your user experience and to provide you with advertisements that are relevant to your interests. By continuing to browse the site you are agreeing to our use of cookies.Ok