This Is the New Device for Russian Doll Season 2

[Editor’s note: Do not read this story if you do not want major plot points from Netflix’s “Russian Doll” Season 2 to be spoiled.]

Natasha Lyonne’s Nadia Vulvokov has broken her seemingly endless time loop, and Netflix’s “Russian Doll” Season 2 will no longer rely on the “Groundhog Day”-esque device. That’s not to say there is no continuous storytelling device throughout the sophomore season.

This time around, Vulvokov and Alan Zaveri (Charlie Barnett) are time-traveling via the New York City Subway system, which you can pretty much get from the trailer. If that wasn’t bananas enough (and it’s probably not since we all got down with the time loop centered from Season 1), Nadia and Alan are body-swapping with their ancestors. For starters, Lyonne’s character inhabits her mom’s body in the ’80s; when said mom’s body is inhabited by the growing fetus that is Nadia. We’re not even going to get into where that plot point ends up. Meanwhile, Barnett time-travels into his grandmother’s body in Cold War-era Germany. There’s more, but it’s now officially bananas enough.

Season 2 was never going to continue the looping gimmick from Season 1, Lyonne told IndieWire. The intention was always for “Russian Doll” to be “anthological in nature” with some sort of “perspective on a haunting.”

“Early on, [co-creator Amy Poehler] said it was about this outer layer — which to me would be Season 1 in a way — and the show is the search for this littlest doll at the center, and what is that, really?” Lyonne said. “For me, I really understand obviously first-hand the business of a self-destructive life. An arc for Nadia that was laid out was that she was a defiant lone wolf which was then informing this connection with another human being that informs her way out of this death cycle. Alan and Nadia cracked the problem of how to stop dying.” 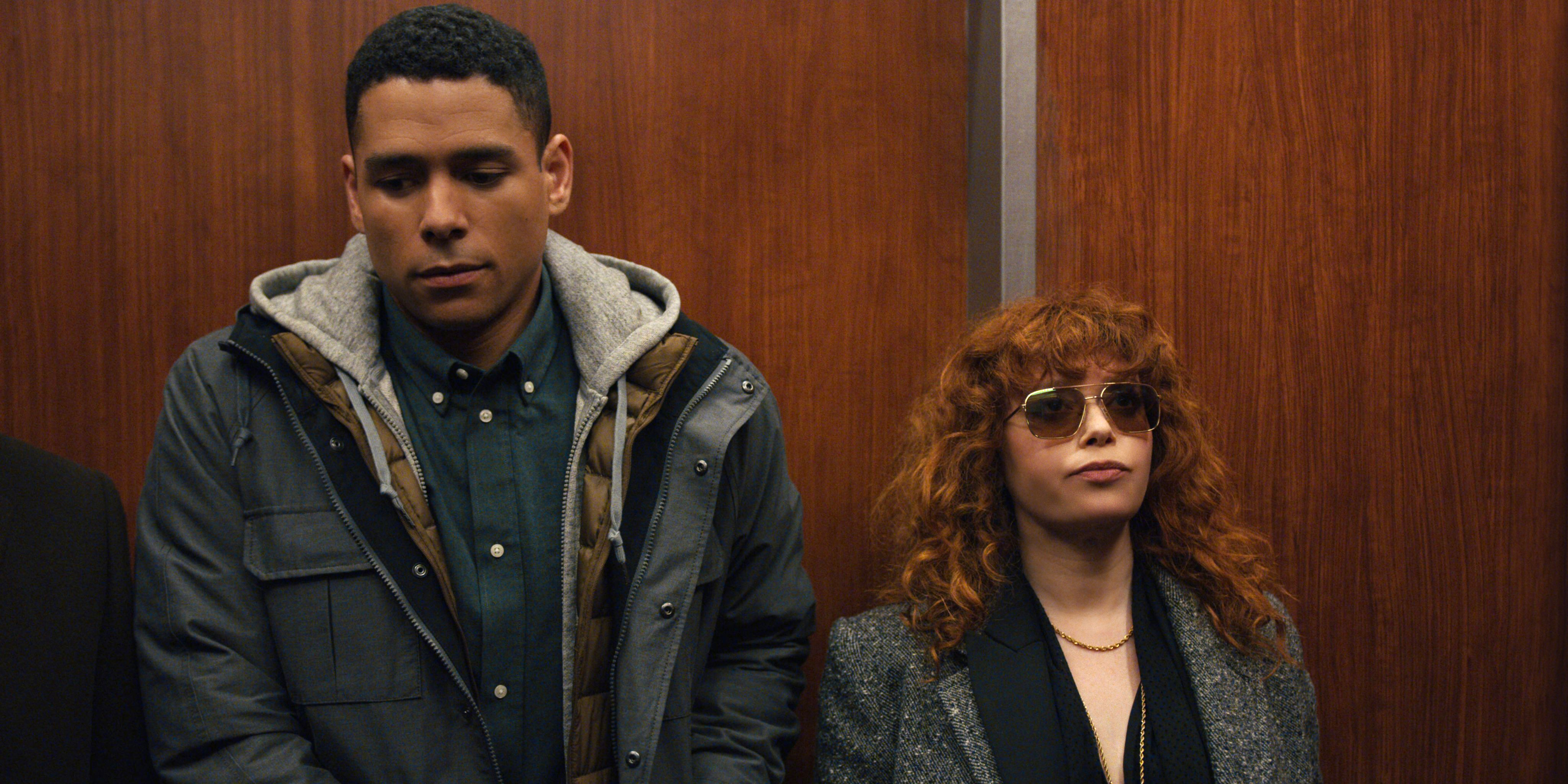 They sure did. So now what?

“In Season 2, on a personal level, I was very curious as this now-high-functioning person in my 40s. I was like, what the fuck does it mean to be among the living?” Lyonne said. “I just feel like my days now are so full of grownup people things. I make phone calls, I show up places, I don’t miss flights, and I don’t overpack. Like is that the sum total of the plan here?”

The “American Pie” alum says she posed those questions and more to writer Ted Chiang and director Neil Blomkamp: “What happened? Along the way I went from somebody who was so hellbent on getting out of here to somebody who is so concerned with time shrinking and it being over. Do you have any solutions for how to crack it?”

We suppose Lyonne, who says she’s “become a futurist” in her personal life, has cracked it. “From an hourglass standpoint that’s really what I’m curious about, this normal thing that happens where you become the caretaker of the parent. From an intimacy standpoint, how do you show up for that?” she said. “Nadia finds this great loophole, a way out, which I even associate with a temptation for relapse: through this wormhole, there’s a loophole where I can hang out with young Ruth (Annie Murphy).” 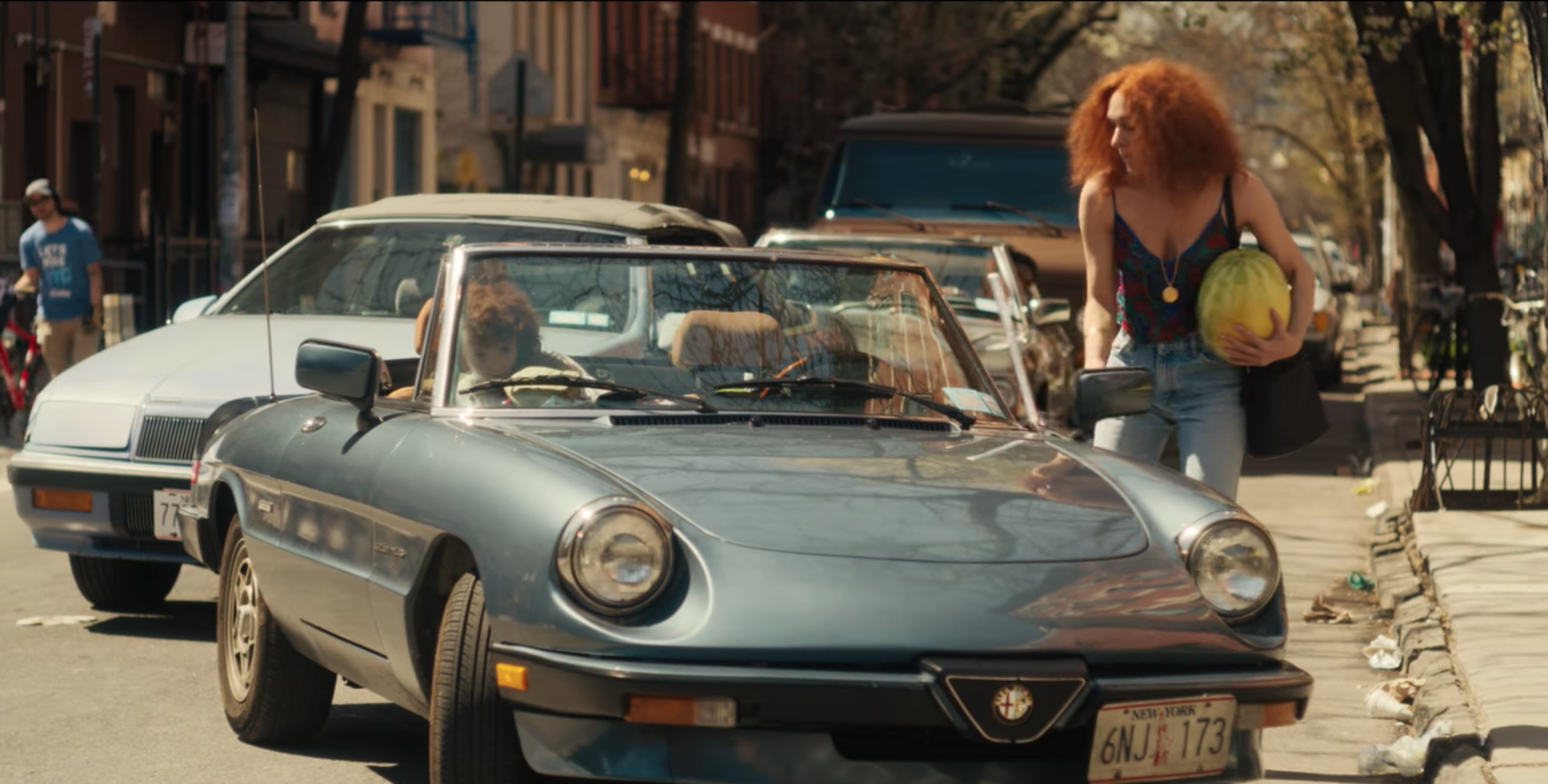 “Or for Alan — ‘I don’t have to explain anything about the nature of who I am,’” Lyonne, now the “Russian Doll” showrunner, paraphrased Barnett’s character’s attitude for this run of episodes. “I’ve always been curious about that, like, when you’re in a long-term relationship, like this crossroads thing, should I stay or…could I just like double-self and one of me stays while the other gets a pass? Here we’ll have kids and here I’ll stay single? Is that an option? I guess on a personal level I was curious about all those things.”

So that’s Season 2 in a nutshell – emphasis on the “n-u-t-s” half of the eight-letter word. Better start brainstorming a bonkers new device for Season 3, right?

“I don’t know if they’re gonna let me do it again. Hopefully people like it because that will really help,” Lyonne said. “I certainly have a sense of what might be fun and I think we who make the show really love making it. It’s a bear but it feels very all-consuming and alive to be in the thick of it. I carry this all the way through the sound mix, where it’s a very endless succession of chiseling and refining. There were just hundreds of fucking drafts this season.”

“For anyone that was in prep when the world was shut down, you ended up with this extended sort of prep period and rewrites,” she added. “There’s something about the nature of this show being expansive. It is its own sort of strange loop.”