The West Wing cast is back together.

The original stars of NBC’s beloved political drama have reunited for the first time in 17 years for a special theatrical performance of the iconic season 3 episode, “Hartsfield’s Landing,” which drops as a special episode Thursday, Oct. 15 on HBO Max, and the first trailer reveals that no time has passed.

Series stars Martin Sheen, Rob Lowe, Dule Hill, Allison Janney, Janel Maloney, Richard Schiff and Bradley Whitford are all smiles as they greet each other on stage for the first time, all following COVID-19 protocols by wearing face shields or face masks. Sterling K. Brown, whom creator Aaron Sorkin previously expressed interest working with, steps in to play Chief of Staff Leo McGarry, who was originally played by the late John Spencer.

In one moment in the trailer, which also offers sneak peeks at the produced special, Lowe and Sheen bump elbows as they say hello to each other. Brown and Janney bump butts as Sheen watches from afar in the background, laughing at the light-hearted moment. 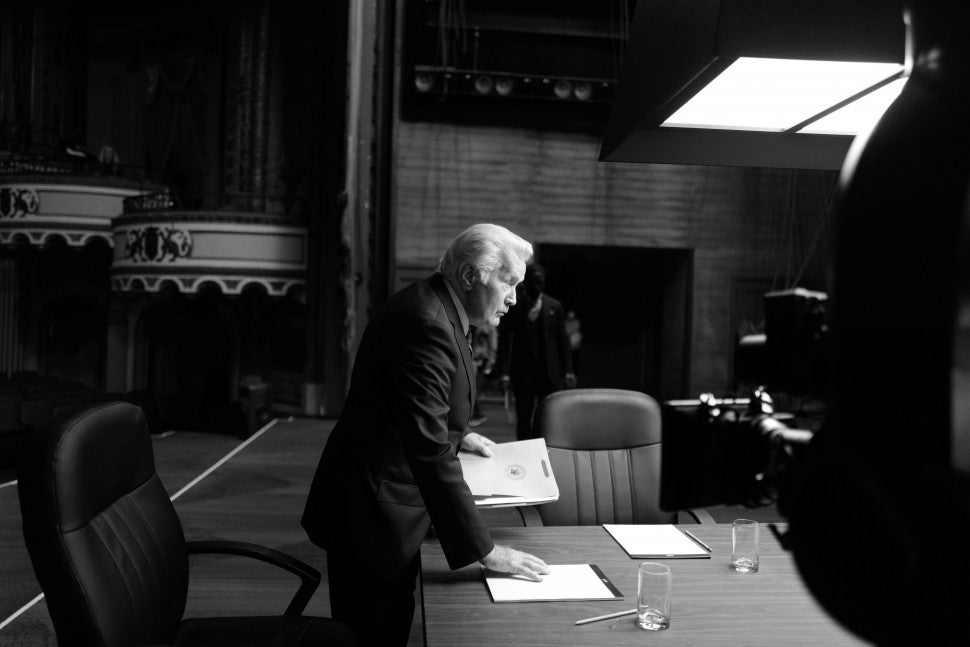 The special reunion, A West Wing Special to Benefit When We All Vote, will raise awareness and support for the non-profit, non-partisan organization, When We All Vote, co-chaired by Michelle Obama, and its mission, which is to increase participation in every election in America. Expect guest appearances from Obama, former President Bill Clinton and Lin-Manuel Miranda. The Avett Brothers will close out the presentation with a special performance.

“What did I miss?” President Barlet says to the press corps in the opening moments of the trailer. Watch the powerful promo for The West Wing special below.

A West Wing Special to Benefit When We All Vote drops Thursday, Oct. 15 on HBO Max.

To stay up to date on breaking TV news, sign up for ET’s daily newsletter.

Related posts:
Astros’ Greinke holds up 2 fingers, then allows HR on slider
AC/DC Drop ‘Shot In The Dark,’ Reveal Album Release Date
Popular News
Camila Cabello’s latest transformation is turning heads
25/10/2020
Man Utd wonderkid Ramon Calliste, called ‘the next Giggs’, now owns luxury watch business and makes £5m a year – The Sun
26/03/2020
Megan Thee Stallion Addresses Criticism Over Twerking: ‘I Love to Shake My A**’
26/03/2020
Police guard shops to stop coronavirus panic-buyers and enforce social distancing – The Sun
26/03/2020
Coronavirus: Good Morning Britain’s Dr Hilary reveals ‘game-changing’ self-testing kit
26/03/2020
Recent Posts
This website uses cookies to improve your user experience and to provide you with advertisements that are relevant to your interests. By continuing to browse the site you are agreeing to our use of cookies.Ok