Home » TV and Movies » The Walking Dead’s Samantha Morton red-faced after Would I Lie To You? blunder ‘Sorry!’

The Walking Dead’s Samantha Morton red-faced after Would I Lie To You? blunder ‘Sorry!’

Would I Lie To You?: Samantha Morton forgets to read card

While she may be best-known to fans of AMC’s The Walking Dead as the horrifying Whisperer leader Alpha, actor Samantha Morton ditched the devilish appearance for a stint on BBC panel show Would I Lie to You? on Friday. Along with team captains David Mitchell and Lee Mack, Samantha and fellow guests Bob Mortimer, Miles Jump and Sarah Hadland had to try and bluff their way through a series of truth and lie-based quiz rounds to see which team would come out on top.

However, just moments after the spotlight fell on her, Samantha found herself slipping up in a rather glaring blunder.

The moment came when Samantha picked up a card from the desk with a statement that was either a truth or a lie on and she’d have to deceive the other team.

Samantha was joined by David and Miles against Lee’s team while comedian Rob Brydon hosted and oversaw proceedings.

So when Samantha picked up her but failed to read aloud the statement on the card, Rob was quick to jump in and point out her mishap. 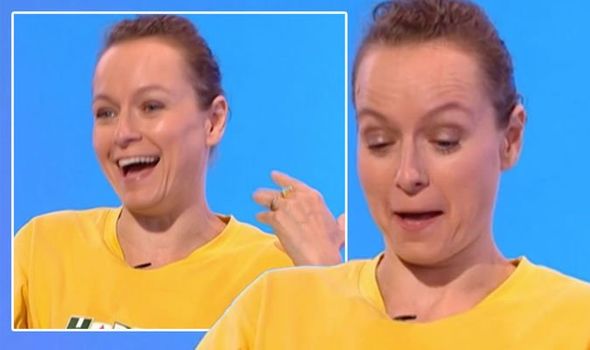 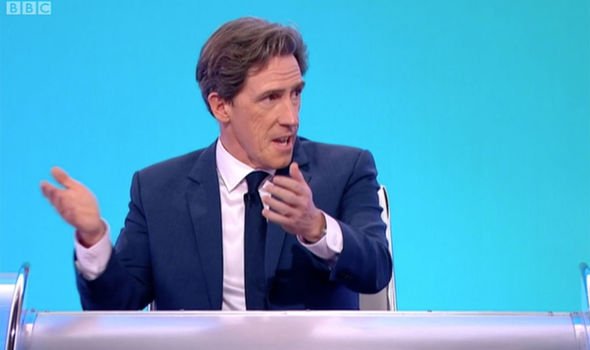 Samantha took a deep breath but as silence descended on the studio, Rob weighed in: “Out loud.”

“Oh, sorry!” Samantha exclaimed as she realised she’d been spending too long pondering what was on the card.

The BBC crowd quickly burst into laughter as did the rest of the panel including Samantha before she quickly began to read what her statement was.

And it was quite the anecdote as the TWD star claimed: “When Tom Cruise came to England, I took him to Argos because he wanted to buy an extension lead.” 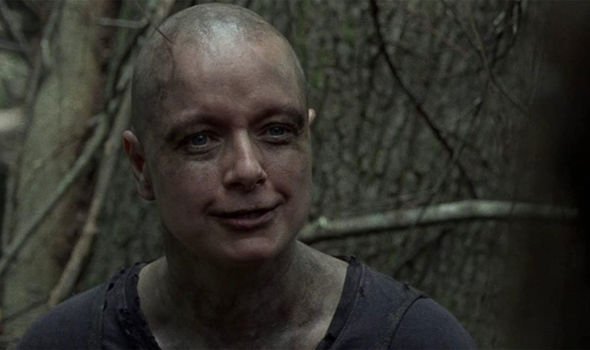 It was left to Lee, Sarah and Bob to figure out if this was indeed true.

Rob provided context as he explained Samantha and Tom had worked together on the 2002 Oscar-nominated blockbuster, Minority Report.

The questions soon came flooding in from the opposition team, with Lee asking: “Why was he coming to London, first of all?”

Quick as a flash, Samantha replied: “It was the premiere [of Minority Report].”

DON’T MISS:
The Masked Singer fans demand Rita Ora step down as judge
Steph McGovern red-faced as she opens up on ‘tragic’ early twenties
Iain Dale blasts EU for ‘a*** covering’ own failure

She continued: “We’d taken over this floor of the Dorchester for the premiere, and he’s got one end with his entourage and I’ve got the other end with my child and someone helping me.”

Delving into the details further, Samantha added: “His assistant came over and said they needed an extension lead.”

After Lee quizzed Samantha on whether she knew what the lead was for, he was quickly pulled up David who explained that would’ve been a rather intrusive question.

Laughs broke out as David played out the possible scenario but Samantha’s story wasn’t done there.

Samantha explained she was heading out on a shopping trip anyway so asked if Tom wanted to join and go to Argos to pick up the lead.

Lee and his co-stars were convinced Samantha was telling the truth but it turned out the TWD star had everyone fooled.

“It’s a lie,” Samantha revealed as she landed a point for David’s team.

Would I Lie to You? continues Fridays on BBC One.
The Walking Dead season 10 returns to AMC on February 28.