Rick Grimes (played by Andrew Lincoln) bowed out of The Walking Dead in rather dramatic fashion back in the fifth episode of season nine. And while the TWD stalwart hasn’t been seen since and his whereabouts remain unknown, fans will be all too aware he is alive and due to return in a series of spin-off movies. However, he has still been playing somewhat of a part in season 10 of the AMC horror as a clue that he’s alive led to Michonne (Danai Gurira) leaving to search for him.

With Rick still, therefore, playing a major role in the series and living long in the hearts of the characters, a return has long been tipped by fans.

After all, his daughter Judith (Cailey Fleming) is now growing up and a reunion with her father would undoubtedly entice AMC viewers.

Add to the mix the return of another TWD fan-favourite, Maggie (Lauren Cohan) in the season 10 finale, and it seems there is scope for former members to come back.

And the show’s official Twitter account did little to dampen these hopes with a new photo shared to its 1.5million followers. 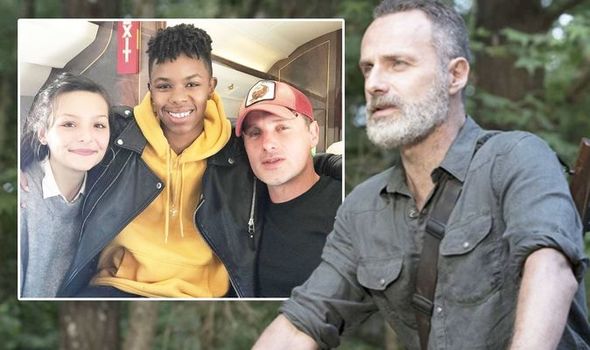 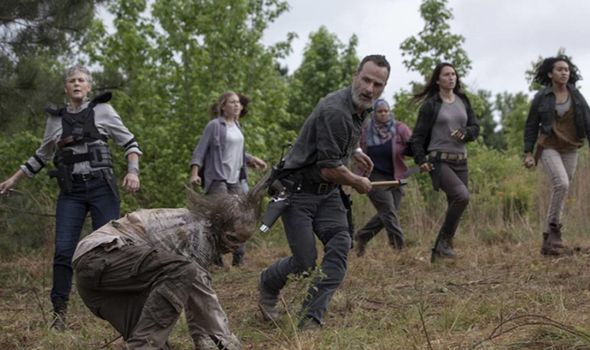 In the snap, Lydia star Cassady McClincy, Andrew Lincoln and Angel Theory, who plays Kelly, share a smiley photo behind the scenes.

TWD fans will know Lincoln didn’t actually star alongside the pair, as both Lydia and Kelly were introduced in the timejump after Rick’s exit.

Nevertheless, the rumour mill went into overdrive due to the caption the account tweeted alongside the picture.

“REALLY wishing we could have gotten scenes with Lydia, Kelly, and Rick,” the tweet began. 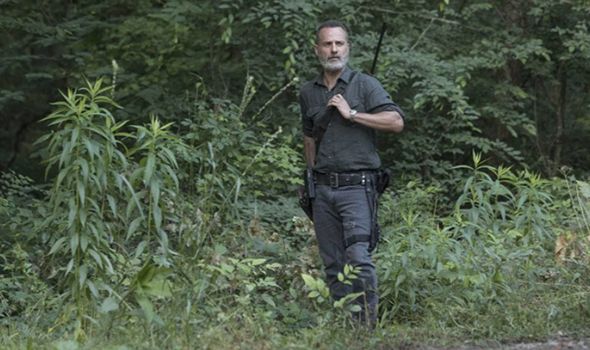 It ended with the cryptic suggestion: “Maybe some day #tbt [upset emoji].”

Could we be seeing a Lydia and Rick meeting in the near-future as a result?

The show’s Twitter account quickly found itself inundated with excited fans more than open to the possibility.

One TWD fan replied: “rick would be like a father to lydia [sad emoji].” (sic)

A second suggested another possible reunion: “How funny would it be if we got more scenes from Rick, Daryl & Connie we all know Rick be teasin the hell out of Daryl tho hehe.”

“BRING BACK RICK OR IM UNFOLLOWING,” claimed a third fan.

While a fourth enquired: “So you saying rick returning after the movies? if so i would be hyped to see him return to the show if thats the case.”

And a fifth presumed: “Might we get Rick back to the show before it ends?..”

With The Walking Dead renewed for an 11th season, there is scope for plenty more twists and turns to come.

However, first there is the season 10 finale to deal with as the likes of Daryl (Norman Reedus) and co face Beta (Ryan Hurst) and his army of Whisperers.

The Walking Dead season 10 concludes on AMC on October 4.