The war with the Whisperers on The Walking Dead took a drastic turn recently as the leader of the terrifying villains, Alpha (Samantha Morton), was beheaded by the Lucille-wielding Negan (Jeffrey Dean Morgan). While Negan may have had his own motives for taking out Alpha, it transpired towards the end of the episode that Carol Peletier (Melissa McBride) was the mastermind. Now, ahead of episode 14, AMC released a promo for the next episode and it’s resulted in many fans tipping Carol’s demise.

Carol hasn’t been the same since Alpha and her army of flesh-wearing Whisperers killed her adoptive son, Henry (Matt Lintz).

In true brutal and stomach-churning fashion, Alpha had Carol’s son beheaded and placed on a pike for all to see.

Ever since, Carol has done all she can to get revenge, resulting in uncharacteristic lack of judgments and straining her bond with Daryl Dixon (Norman Reedus).

Eagle-eyed TWD fans and readers of the graphic novels on which the AMC series is based upon think Carol’s actions are setting up her death as they bear resemblance to that of Andrea’s (Laurie Holden) comic arc. 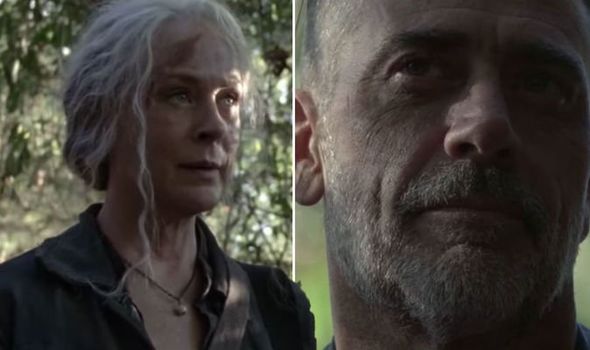 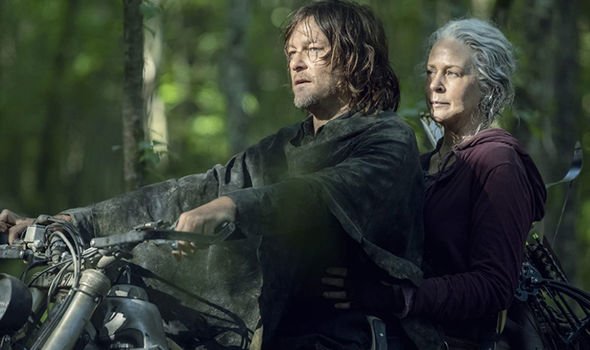 Andrea hasn’t been seen in the present day in The Walking Dead ever since her fall out with The Governor (David Morrisey) in season three finale.

However, in the comics, Andrea survived a lot longer, marrying Rick Grimes (Andrew Lincoln) along the way.

She also came face to face with the Whisperers in the books and was even killed as a result of Beta (Ryan Hurst) releasing a hoard on Alexandria.

Spotting how Carol is acting in the promo for the next episode of The Walking Dead, one fan explains how a similar outcome could find its way to Carol. 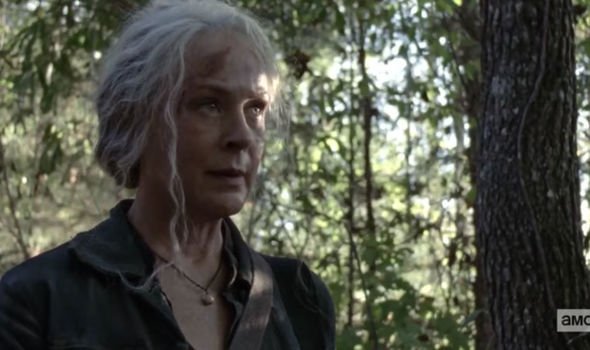 Replying to the trailer on YouTube, one fan said: “They are really setting it up for Carol to take Andrea’s comic death.

“After losing Michonne (Danai Gurira), it would be insane to follow that route. Can’t lose any more of the OG’s.”

Others were also quick to predict Carol could bow out soon following the latest teaser trailer.

Another commented: “Something tells me that Daryl will soon be the last original character on the show…”

A third also tipped the twist: “They ruined Carol’s character tbh. And I’m tired of all of these hallucinations and drama. I think she’s getting killed soon.”

Several TWD viewers were clearly in agreement with hundreds of viewers upvoting the predictions.

Should The Walking Dead fans be preparing for a major death soon?

While Carol’s future may be up in the air for fans, there’s one character’s who isn’t: Maggie (Lauren Cohan).

It was announced prior to the season 10 midseason premiere that Maggie would be returning in the next series.

Maggie hasn’t been seen since the season nine time jump in which she and Rick Grimes (Andrew Lincoln) both said their goodbyes.

Could Maggie play a role in seeing Carol leave the TWD universe?

The Walking Dead season 10 continues Sunday on AMC and Monday on FOX UK.