The Truth About Eureka From RuPauls Drag Race

“RuPaul’s Drag Race” is back just in time for your summer vacation. If you need a refresher, allow us to fill you in. “Drag Race” follows a group of drag queens as they complete various challenges to see who deserves the title of this season’s best drag queen. The show’s impressive 13 season run should be some indicator of just how binge-worthy it is.

Over the years, we’ve been blessed with killer looks, snappy catchphrases, and some of the most fabulous queens you could possibly imagine. If you want to revisit some of the best, we suggest checking out Sonique, Serena ChaCha, or Trinity K. Bonet to start. If you’re already excited for a new season of “Drag Race”, then we’ve got good news for you: “Drag Race” isn’t coming back for any average season — it’s an all-star season. Translation: the best of the best are back and better than ever. This time they’re competing for $100,000 and a place in the drag race hall of fame.

We don’t play favorites, but we’re really looking forward to seeing Eureka make her glorious return to the big screen. Here’s what you need to know before the season kicks off. 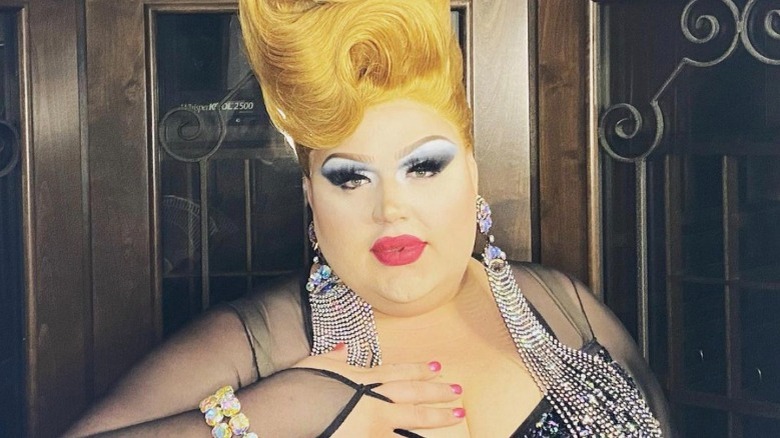 It goes without saying that drag is important to Eureka O’Hara (off-stage name David Huggard); after all, they’ve been a contestant on two seasons of “RuPaul’s Drag Race” and will be competing on the upcoming “All-Star” season. When they aren’t competing on “Drag Race,” they are committed to making the world a more inclusive place.

Eureka hosts “We’re Here,” an HBO show about drag queens traveling to conservative communities in the hope of creating a more LGBTQ+ friendly world. “It was a movement and drag would be used as an expression for these people to tell their stories who wouldn’t normally get a chance to,” Eureka explained to The Queer Review when discussing their decision to get involved in the show. “I think that’s what was the most intriguing for me.”

Given their own conservative upbringing in rural Tennessee, Eureka was excited about the idea of helping other marginalized people express themselves via drag. Eureka reflected, “I think what makes this so powerful is that drag is all about self-acceptance and confidence and self-love, and not caring what other people think and demolishing this idea of fear with this superhero costume or this warrior mask that you paint on; bringing something that’s deep inside of you out can be very freeing as well.”

Long story short, we can’t wait to see Eureka bring their positive outlook back to “Drag Race” for an all-star season this June.