'The Stand' Trailer Hits Close to Home With Pandemic Fears

It’ll will soon be time to take a stand! After years of anticipation, fans are getting a good look at CBS All Access’ adaptation of The Stand — Stephen King’s iconic tale of light vs. darkness in a plague-ravaged future.

The first official trailer dropped Friday, after it premiered at the show’s New York Comic Con virtual panel, and the frightening promo reveals what a world looks like after society has crumbled.

After a deadly pandemic brings the world to it’s knees, groups of survivors begin to band together to forge their way in the world. Underneath it all, an age-old war between good and evil rages in the shadows.

Watch the official trailer for The Stand below.

The trailer hits close to home in a timely and almost unsettling way, particularly when James Marsden’s Stu Redman is addressing a crowd of people and uses the all-too-familiar phrase, “These uncertain times.”

The trailer also gives us a brief glimpse at the monumental and supernatural powers possessed by the villainous Randall, who appears to coerce survivors into joining his cause through hedonistic pleasure and fear tactics.

The series is based on King’s 1978 novel of the same name. Featuring a virus that is leaked from a lab and kills most of mankind, the story is described as King’s “apocalyptic vision of a world decimated by plague and embroiled in an elemental struggle between good and evil.” 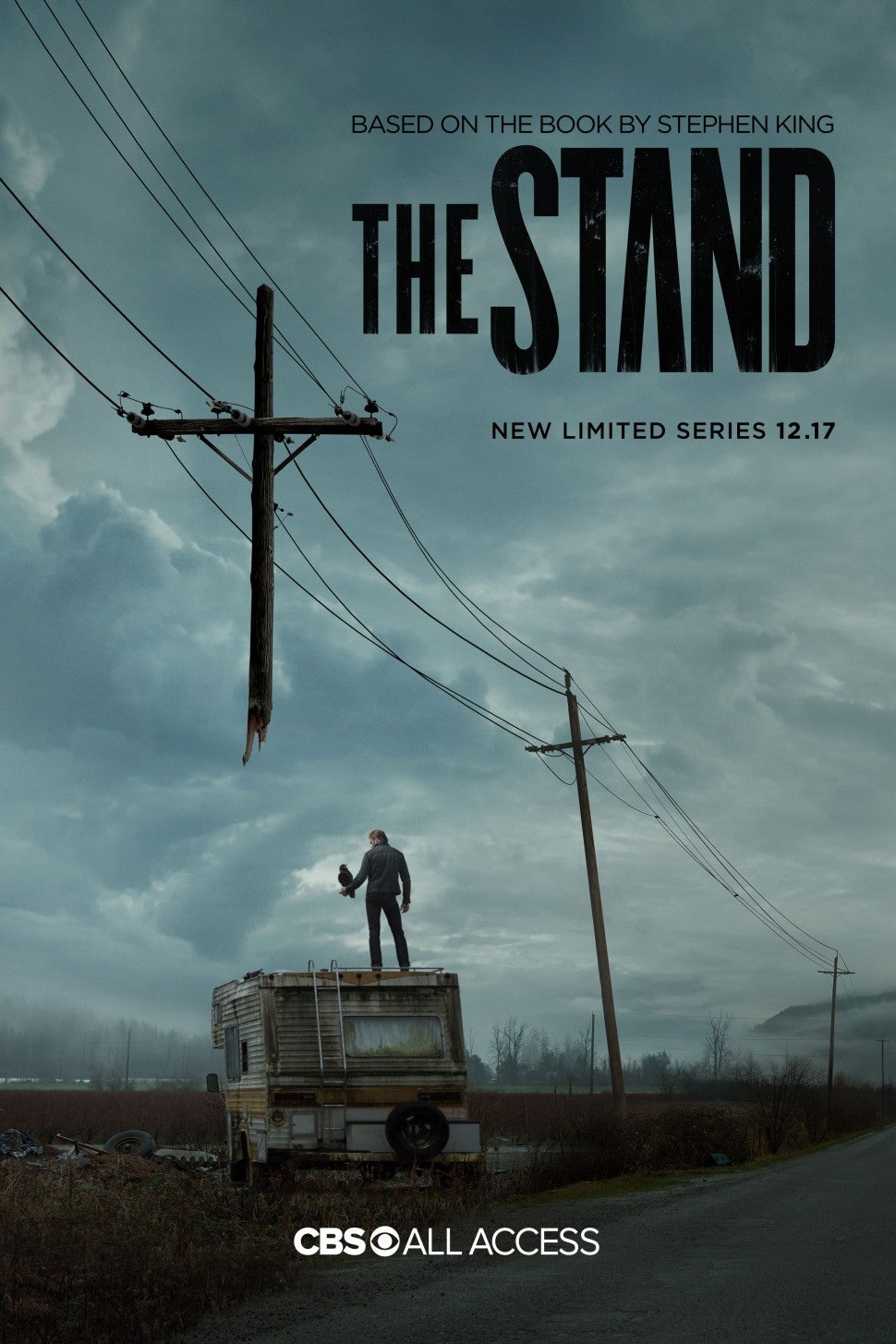 “During the two years we spent making The Stand, we all felt the responsibility of adapting what may be the most beloved work of one of the world’s most beloved storytellers, but none of us could have imagined that Stephen King’s 40-year-old masterpiece about a global pandemic would come to be so eerily relevant,” showrunner and executive producer Benjamin Cavell said in a statement released to ET back in August.

“We’re honored to tell this sprawling, epic story, including a new coda that Stephen King has wanted to add for decades,” Cavell continued. “We’re so proud of this show and its attempt to find meaning and hope in the most uncertain of times. We can’t wait to share it with the world.”

The Stand premieres Thursday, Dec. 17 on CBS All Access.

Related posts:
Twitter slows retweets ahead of election to combat viral misinformation
Rafa Nadal one win away from equalling Roger Federer's Grand Slams record after demolishing Diego Schwartzman in Paris
Popular News
Prince Charles set to open festival of climate action
27/10/2020
Man Utd wonderkid Ramon Calliste, called ‘the next Giggs’, now owns luxury watch business and makes £5m a year – The Sun
26/03/2020
Megan Thee Stallion Addresses Criticism Over Twerking: ‘I Love to Shake My A**’
26/03/2020
Police guard shops to stop coronavirus panic-buyers and enforce social distancing – The Sun
26/03/2020
Coronavirus: Good Morning Britain’s Dr Hilary reveals ‘game-changing’ self-testing kit
26/03/2020
Recent Posts
This website uses cookies to improve your user experience and to provide you with advertisements that are relevant to your interests. By continuing to browse the site you are agreeing to our use of cookies.Ok