Home » TV and Movies » 'The Office': Jenna Fischer Reveals What Pam Says to Michael at the Airport in Season 7

'The Office': Jenna Fischer Reveals What Pam Says to Michael at the Airport in Season 7

The Office is filled with special little moments that make it unlike any other show on television. From the hilarious improvised lines to the personal character choices made by the actors, The Office cast created a collection of characters that have remained in the hearts of fans years after the show left the air.

Michael Scott’s exit from Dunder Mifflin Paper Company is probably one of the most heartbreaking TV character goodbyes of all time. The Office fans truly mourned the departure of Steve Carell as Michael Scott. When he left in Season 7 of the series, the show changed. 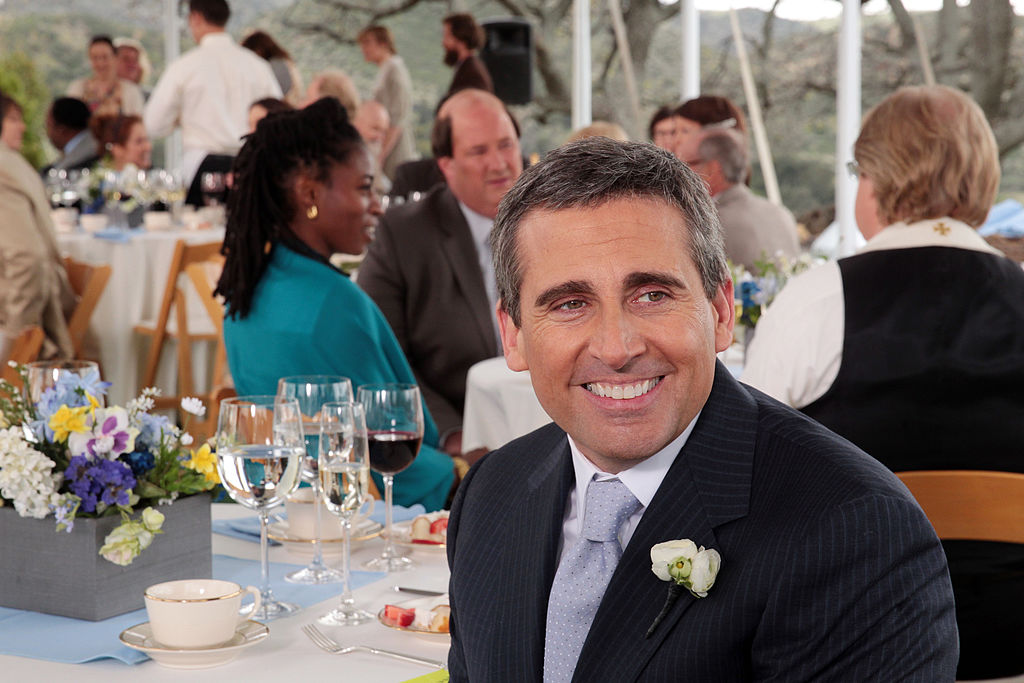 Pam’s goodbye to Michael at the airport

Fans will remember the emotional goodby Michael shares with Pam (Jenna Fischer) at the airport before he takes off for good (other than his appearance in the series finale). She runs up to him and the two have a discussion that can’t be heard by viewers.

In Fischer’s podcast, Office Ladies, she speaks about this portion of the episode and what was said between Michael and Pam. Apparently, the director told her to say her real-life goodbyes to Carell, as he was leaving the show.

“[Director] Paul Feig told me, ‘just run up and say goodbye to your friend Steve,’” she said.

On the Office Ladies podcast, Fischer also speaks about the famous teapot note Jim writes for Pam. In the second season “Christmas” episode, Jim is Pam’s Secret Santa. He creates a sweetly personalized gift for her, including a note that contains, viewers assume, some admission of his feelings. Fans will remember that he’s able to grab the note before Pam has the chance to read it.

Fast forward to when Jim and Pam are married and experiencing a rough spot in their relationship–he gives her the note. She cries as she reads it silently to herself, leaving the audience in the dark.

They were soulmates from day one. #TheOffice

“Just know it was perfect,” she told the documentary crew.

In her podcast, Fischer said that the note was a personal note from John Krasinski to her.

“[Greg Daniels] suggested to John that he write a personal message from himself to me just saying what our time together on The Office meant to him because we were wrapping up filming,” she said. “And so that was his goodbye. It was the sweetest note. I’ll never say exactly what John wrote, but I will say, just know it was perfect.”

Read more: The Interesting Reason ‘The Office’ Writers Were Also Actors on the Show

Related posts:
Bully called pregnant girlfriend, 21, ‘fat tramp’, slapped her stomach and throttled her after she said she’d keep baby – The Sun
Why is Australia in Eurovision and what would happen if they won? – The Sun
Popular News
Gov. Cuomo scolds Queens bars, NYPD over social distancing enforcement
09/08/2020
Man Utd wonderkid Ramon Calliste, called ‘the next Giggs’, now owns luxury watch business and makes £5m a year – The Sun
26/03/2020
Megan Thee Stallion Addresses Criticism Over Twerking: ‘I Love to Shake My A**’
26/03/2020
Police guard shops to stop coronavirus panic-buyers and enforce social distancing – The Sun
26/03/2020
Coronavirus: Good Morning Britain’s Dr Hilary reveals ‘game-changing’ self-testing kit
26/03/2020
Recent Posts
This website uses cookies to improve your user experience and to provide you with advertisements that are relevant to your interests. By continuing to browse the site you are agreeing to our use of cookies.Ok