Home » TV and Movies » The Masked Singer of FOX: Jellyfish to be ‘unveiled’ as famous UK star as fans spot clue

The Masked Singer of FOX: Jellyfish to be ‘unveiled’ as famous UK star as fans spot clue

With over a dozen new costumes ready to be unveiled on the FOX stage later this month, The Masked Singer fans have already been tipping and theorising who could be taking to the microphone. From the first-ever double act in Snow Owls to the celestical-looking Sun, season four has some of the most extravagant costumes ever. However, it’s one of the latest costumes to be unveiled, Jellyfish, which has sent the rumour mill into overdrive.

The official Masked Singer Twitter account shared the first peek at Jellyfish on Wednesday with a short promo clip.

“Don’t be jelly,” is sprawled across the trailer, before Jellyfish makes their way down the catwalk microphone in hand.

Unfortunately, there are no clues given away in Jellyfish’s vocals as the star doesn’t speak or sing in the promo, but fans do get a good luck at the costume itself.

Jellfyish is a striking shade of green with sequined ‘tentacles’ and a draping trench coat as well as a giant ‘head’ on top. 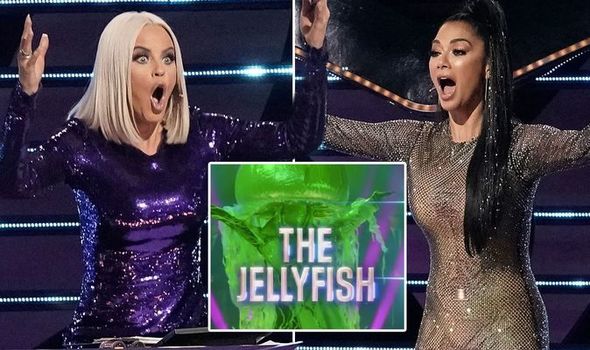 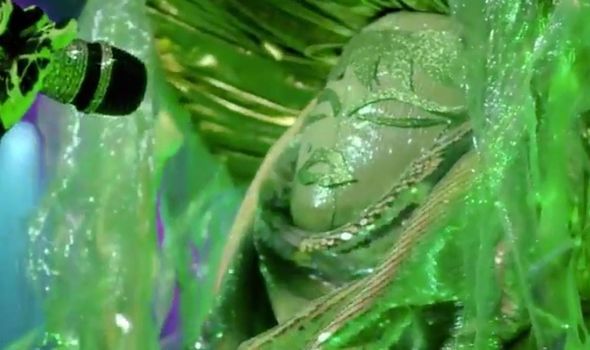 And it didn’t take long for the guesses to pour in, ranging from Ellen DeGeneres for her role in Finding Nemo to WWE star Naomi thanks to colour of the outfit.

However, could the trench coat hold the key to Jellyfish’s true identity?

One eagle-eyed fan has put forward the theory that none other than popstar Lily Allen could be the performer behind the sea creature’s mask.

Taking to Reddit, user im_just_called_lucy explains the theory – and there’s some evidence to back it up. 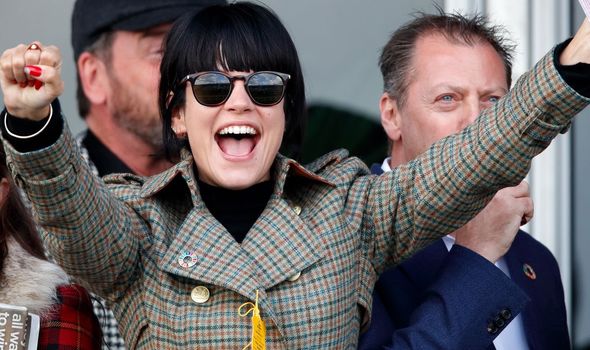 The Masked singer fan points out: “First of all, I’m only speculating on a specific part of the jellyfish costume and that specific part is the trench coat.

“Trench coats are associated with English culture seeing as how literally Americans envision us all are wearing one on the rainy streets of London. Trench coats have been a symbol of almost every fictional detective in popular culture who lives in the UK,

“So this subtle link could mean that I think that the jellyfish character could be Lily Allen.”

They divulge further: “Think about it, Lily Allen has just got married in Las Vegas recently and seeing as how it is pretty difficult to travel between the UK and the US, chances are that she is staying on American soil for quite a while.

“She said that in a 2019 Daily Mail article that she planned on staying in New York City until Brexit was sorted out (it hasn’t yet btw).

“Second, Lily is recognisable in the US. as her debut album ‘Alright, Still’ is certified gold and singles such as “Smile” can be recognised in the US.”

Lily Allen did recently tie the knot with fiance David Harbour – who fans may know better as Hopper from Stranger Things.

But could this mean she’ll be staying Stateside to perform on the FOX series?

The theory certainly divided other parts of the fandom who weighed in with their thoughts on the theory.

A second was slightly more apprehensive as they penned: “I’m not sure about this one. If she isn’t popular in America it’s not going to be her. But it is a good theory.”

Fans will have to wait for Jellyfish to be unmasked once and for all to find out.

The Masked Singer season 4 premieres on FOX on Wednesday, September 23.

Related posts:
Progressive activist, rapper Killer Mike slammed for meeting with GOP governor
Spanx Just Created Leather Joggers That Are Actually Comfortable
Popular News
Moment cops shoot homeless black man dead after 'jaywalking' as sheriff says he reached for deputy's gun
26/09/2020
Man Utd wonderkid Ramon Calliste, called ‘the next Giggs’, now owns luxury watch business and makes £5m a year – The Sun
26/03/2020
Megan Thee Stallion Addresses Criticism Over Twerking: ‘I Love to Shake My A**’
26/03/2020
Police guard shops to stop coronavirus panic-buyers and enforce social distancing – The Sun
26/03/2020
Coronavirus: Good Morning Britain’s Dr Hilary reveals ‘game-changing’ self-testing kit
26/03/2020
Recent Posts
This website uses cookies to improve your user experience and to provide you with advertisements that are relevant to your interests. By continuing to browse the site you are agreeing to our use of cookies.Ok